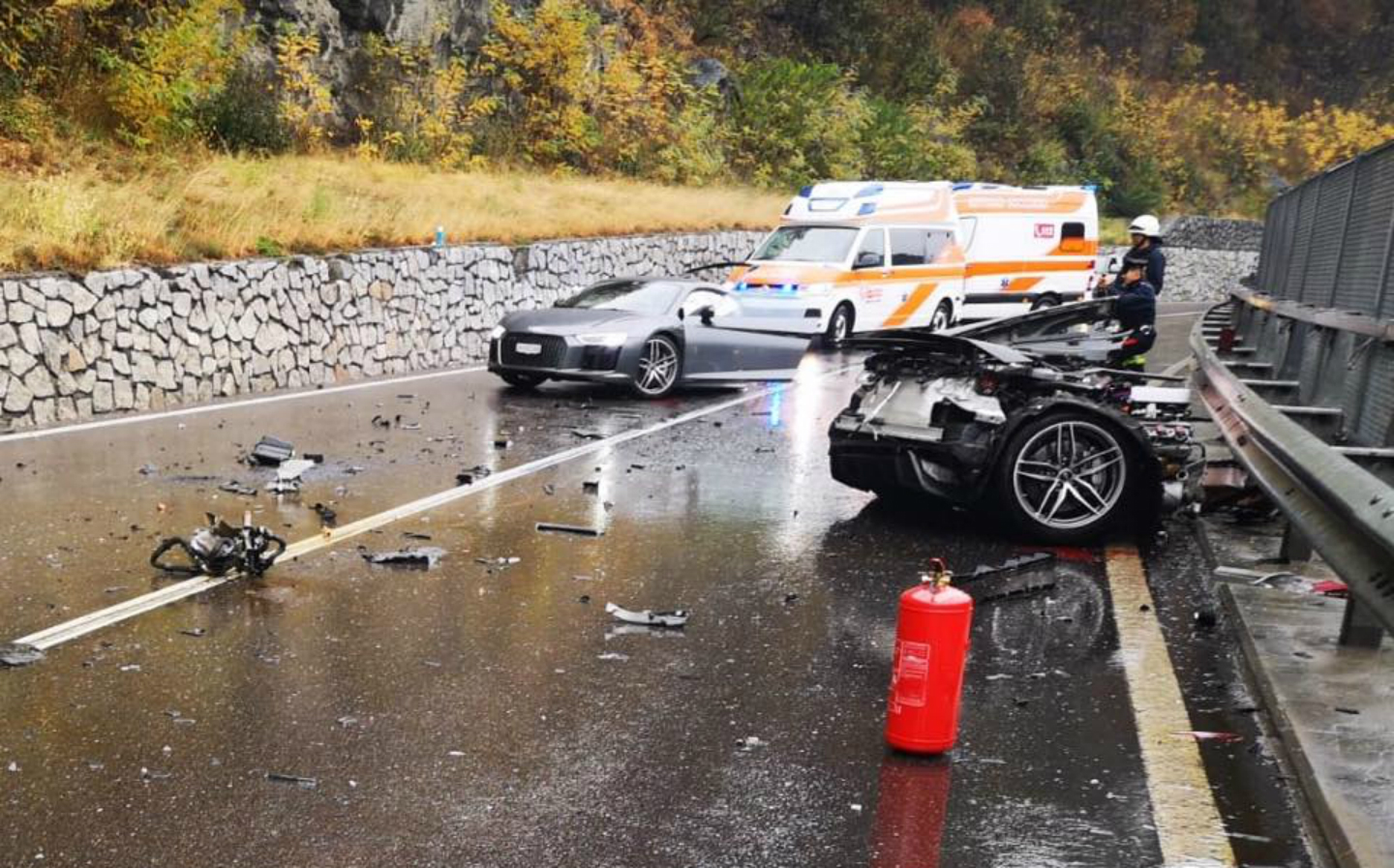 TWO PEOPLE have been injured in a major crash in a German-speaking province of Italy, which saw an Audi R8 supercar split in two.

According to the Laces Volunteer Fire Brigade, the collision took place on October 27 when the R8 and a Volkswagen Transporter Multivan came together on a stretch of the famous Stelvio Pass, between Laces and Castelbello.

It’s unclear what led to the crash, though the slippery road conditions were likely a contributing factor.

Despite the severity of the impact, rescue crews reported the Audi and Volkswagen driver were submitted to a nearby hospital with only minor injuries.

Due to the amount of damage and debris, the volunteers had to close the road for two hours as part of an “extensive road cleaning” operation.