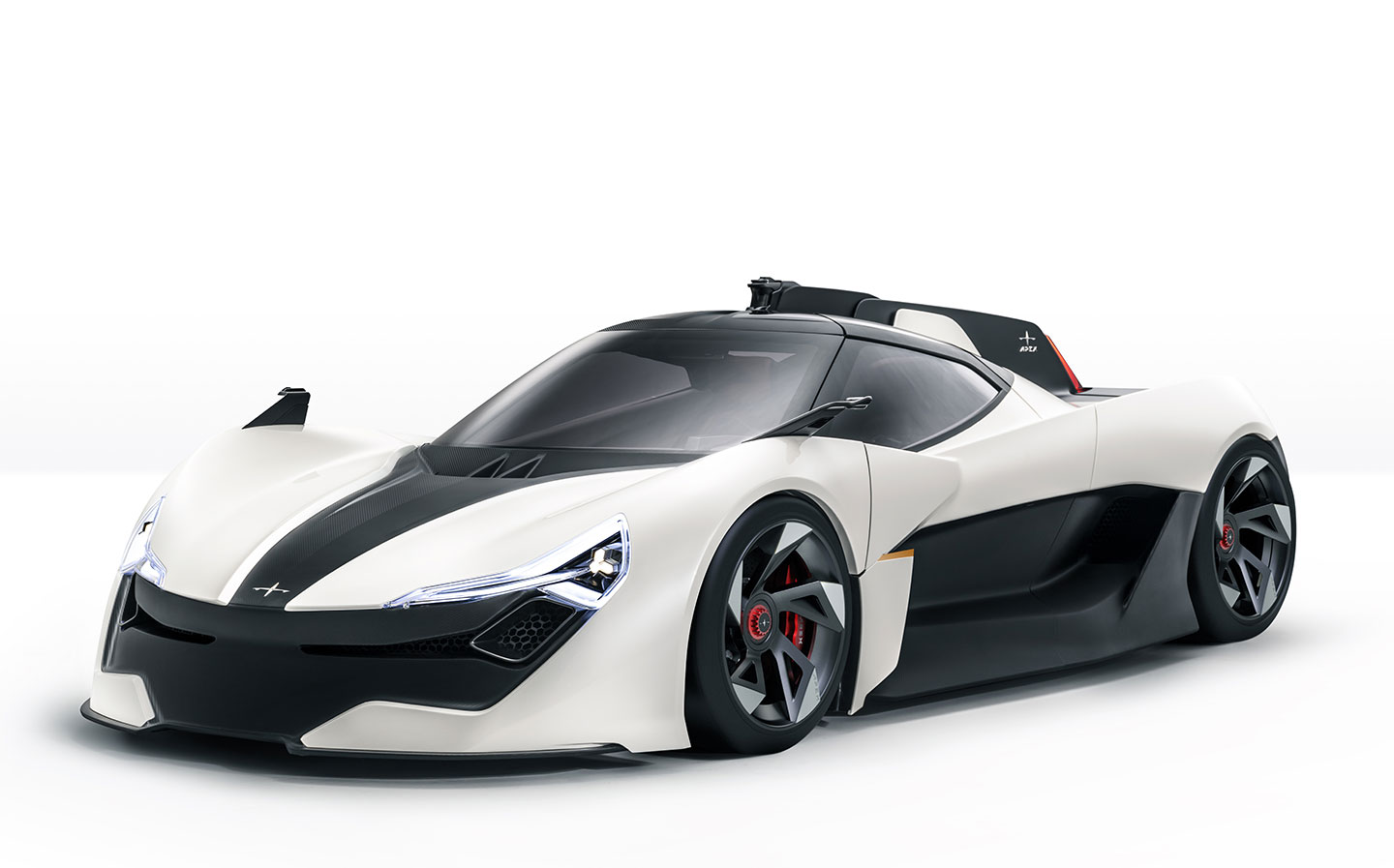 A NEW British-built plug-in sports car has broken cover boasting some remarkable performance credentials, thanks to an ultra-lightweight (for an electric vehicle) construction.

The “race-inspired and road legal” Apex AP-0, the successor to last year’s AP-1, was originally due to be unveiled at the Geneva motor show but was unveiled in London today, after the Swiss event was cancelled due to coronavirus.  Its kerbweight of just 1,200kg is thanks to an abundance of carbon fibre, which forms the basis of the body, the central “tub”, the chassis, the wheels, the steering wheel and the seats.

Combined with a peak power output from the electric motor of 650bhp, and 428 lb ft of torque, the AP-0 can get from 0-62mph in a phenomenally-quick 2.3 seconds, according to the car maker, and can carry on accelerating up to a top speed of 190mph. Apex says that all of this “heightens the emotional connection behind the wheel” — well, that’s one way of putting it.

Meanwhile the 90kWh battery is mounted under the floor for a low centre of gravity, and is good for a WLTP range of 320 miles per charge. It’s compatible with a variety of charging connectors; according to the press info rapid charging using a CCS connector allows the vehicle to be charged to 80% in under 15 minutes.

The exciting design involves an angular, sharp front and a teardrop-shaped glass roof inspired by F1 and Le Mans styling. The back looks similarly futuristic, with a tail light that spans the car’s two-metre width, as well as stretching vertically downwards to the road and upwards to the aerodynamic fin. With just 95mm of ground clearance, the AP-0 has an incredibly low stance.

The car, put seductively by Axis, is “enshrouded by a mixture of naked carbon fibre and elegant Pearl White paintwork.” Just to make sure that you know it’s a sports car, the interior is decked out in red.

The AP-0 also boasts an Advanced Driver Assistance System (ADAS) with Automatic Emergency Braking, Adaptive Cruise Control and Lane Keep Assist, though also what is claimed to be Level 3 autonomy. This would enable “hands off” driving for temporary periods, though no production car can currently be used on UK roads this way, by law.

Its self-driving tech is made possible with the inclusion of LiDAR technology, which creates detailed 3D maps of the vehicle’s surroundings. LiDAR is a system being developed by the advanced self-driving tech companies such as Waymo and Uber, though not currently adopted by Tesla.