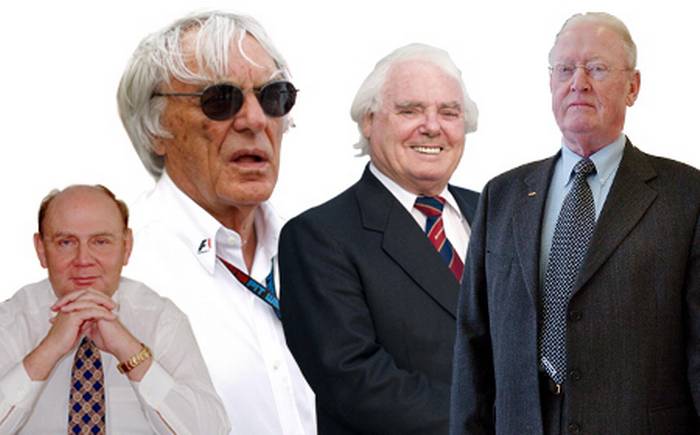 WE KNOW who the richest man in Britain is – Alisher Usmanov, the Russian tycoon with a £13.3bn fortune has this year deposed the former No 1, Lakshmi Mittal after eight years at the top of The Sunday Times Rich List.

But which people on the list have made their money from the world of cars? We have identified the wealthiest individuals from the List and compiled them below. This is Driving’s guide to the richest people in motoring.

The 10 richest in motoring

Rich List 2013 says: “A flotation of the Formula One motor racing operation was abandoned last year but Ecclestone, the sport’s commercial rights holder, says that it may be revived. In May, just before the original float was aborted, a 21% stake was sold for £1bn, valuing the operation at more than £4.7bn. A former car dealer, Ecclestone went into team management after a crash ended his racing career in 1949. The 82-year-old retains a 5.3% stake, while a trust for his daughters, Tamara and Petra, has another 8.2%. Even after their free spending and his expensive 2009 divorce from Slavica (qv), Ecclestone is easily worth £2.5bn.”

Note: Slavica Ecclestone also makes the list at #116 with a fortune of £740m, following the couple’s 2009 divorce.

Rich List 2013 says: “Clark opened a car dealership in Glasgow’s Kelvinside in 1954. Today Arnold Clark Automobiles is Scotland’s biggest dealer. Owned by Clark, 85, and his family, it made profits of £50.8m in 2011 and is worth £488m. He also has a yacht once owned by the pop star Simon Le Bon.”

Rich List 2013 says: “Edmiston, 66, was an accountant at the Jensen sports car company and built the Birmingham-based IM group into one of Britain’s biggest importers of Far Eastern cars. In 2011 IM, which has a property arm, made £41.3m profit on £347m sales. Edmiston has given more than £120m to charity. He founded the Christian Vision charitable trust and sponsors three city academies in the West Midlands.”

Rich List 2013 says: “O’Flaherty Holdings owns Ireland’s Mercedes-Benz franchise, property, car showrooms and an American lift and temperature control manufacturer. The group lost £21m in 2011 owing to a writedown in the value of its property, reducing its net assets to £221m. Guernsey-based Michael, 81, owns 50%. His brother, Nigel, 75, of Kildare, divided his 28% between his daughters, Lauren and Nicola. Michael and Nigel’s sons, Stephen, 51, and Michael Jr, are also involved.”

Rich List 2013 says: “Tordoff made his fortune as a car dealer but as a young man he was a handy rally driver, winning the 1969 Granite City Rally and 1973 Circuit of Ireland Rally in a Porsche Carrera, registration number JCT 600 – after which his dealership was named. His grandson Sam has followed in his tyre tracks and has competed in the British Touring Car championship. Tordoff sponsors the annual Bradford to Morecambe historic vehicle run in aid of Bradford and Airedale Cancer Support, of which he is a patron. Tordoff started working for his father’s garage business as an apprentice mechanic. Now, his JCT600 motor trader is run by his son, John. It made £12.5m profit on £667m sales in 2012. With nearly £107m net assets it is worth £290m. Other assets take the family to £330m.”

Rich List 2013 says: “Euro Car Parts was sold for £285m in 2011 to Chicago-based LKQ Corporation. Ahluwalia, its founder, was a refugee from Uganda. He borrowed £5,000 to start the London-based business when he was 18, supplying parts for German car brands. Ahluwalia, 54, still runs the company.”

Rich List 2013 says: “Heseltine is still a force in publishing — and politics — at the age of 80. He made his political name, which for many was Tarzan, during the Thatcher years. But after the Tories were routed in 1997 his focus turned back to Haymarket Publishing, which he started in 1957. In his role as a government adviser he produced, in October, 89 recommendations to get the UK economy back on track. And he should know. Haymarket, which produces magazines including Stuff, Autocar and PR Week, saw profits increase to £7.2m in 2011. This, and a rise in the net assets of its Haymarket Media subsidiary, where son Rupert is executive chairman, to £393.5m means the Heseltine family returns to this list. The business is worth £268m, with the family stake worth £244m. We add £20m for property and past dividends.”

Rich List 2013 says: “Bramall, 77, has a £92m stake in the Manchester-based Lookers car dealership. He netted £94m from the sale of two dealerships and has two family firms, Winterquay and Bramall Properties, with £40m net assets in 2011.”

The richest of the rest