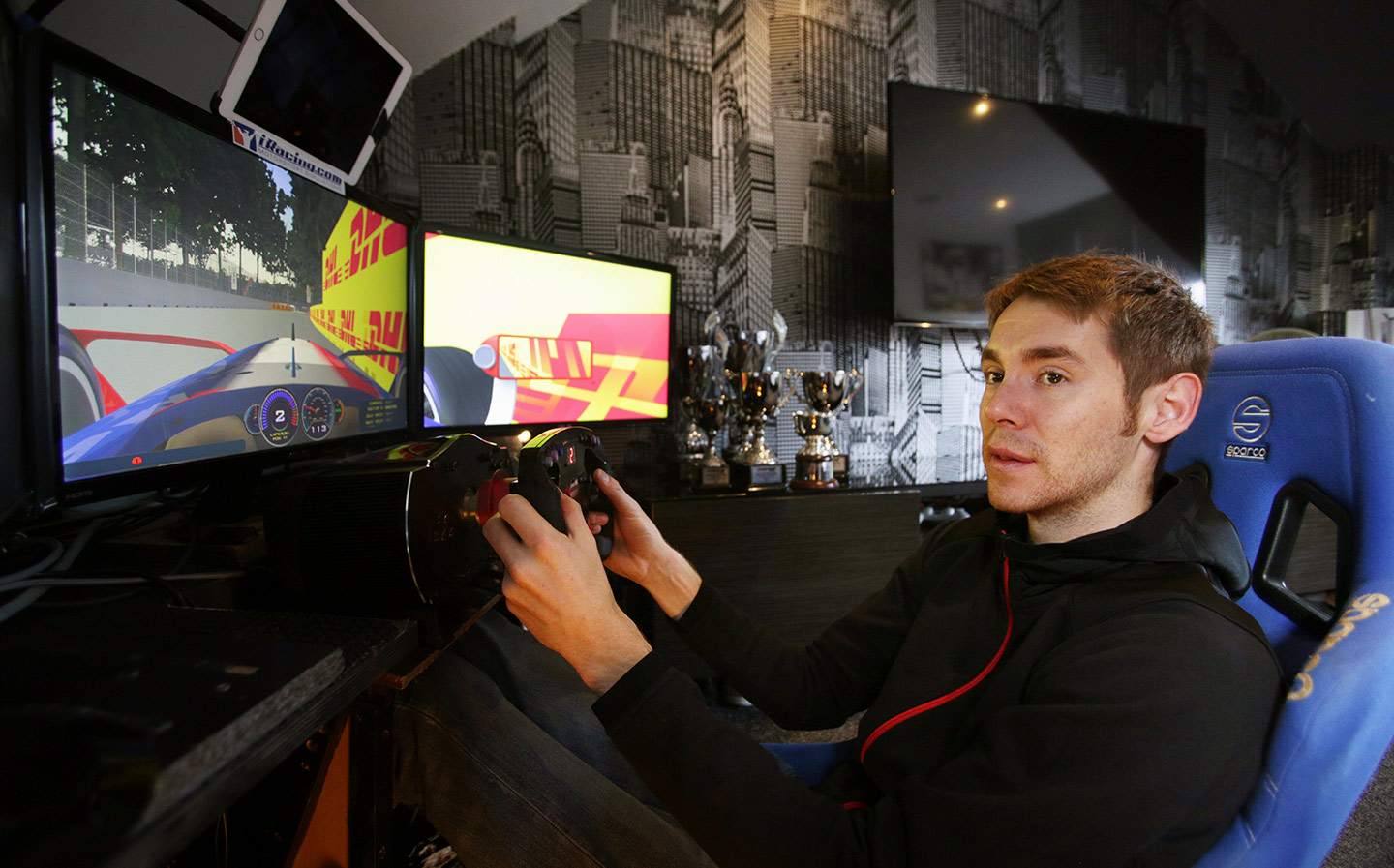 WHEN GRAHAM Carroll climbed into his parents’ loft and sat down in front of a car racing computer game he could never have imagined that it would lead to a $1 million prize race in Las Vegas.

Now the former champion racing driver, who was forced to give up his dream of turning professional because of the sport’s sky-high costs, is in pole position to win the world’s biggest sim racing championship this week at CES (the “Consumer Electronics Show”) in Las Vegas.

He won an unprecedented five British and Scottish national racing car championships in 2008 in an 18-year-old car.

He had the motorsport world at his feet, offers to drive in professional teams across Europe flooded in and the path to Formula One greatness lay before him if he could only achieve his potential.

The young driver’s dreams were crushed by the exorbitant costs of motor racing professionally, with teams asking him to pay as much as £100,000 a year to drive for them. As the global credit crunch hit hard it proved impossible to find a sponsor or private backer to help pay his way and he was forced to hang up his race helmet. He watched people he had soundly beaten time and time again on the racetrack progress into professional racing because they had enormous wealth or their parents re-mortgaged properties.

He never lost his love for racing and turned to computer games to get his fix. Mr Carroll became a joiner and converted the loft of his parents’ home in Musselburgh, East Lothian, into a bedroom where he installed a racing seat, pedals, wheel, three computer screens and high-powered PC to drive in simulator races online.

Mr Carroll, 26, has qualified top of the first simulator racing car championship — The Road to Vegas — after four race weekends against the best in the world.

“When I saw the sim championship and the prize money I thought I just had to go for it and try the first couple of rounds and see how I get on,” Mr Carroll said. “I spent three weeks practising and then won the first round. I couldn’t believe it. It has been life-changing.”

Mr Carroll will compete against nine of his fellow sim drivers and 20 professional Formula E racers — including the former F1 driver Nelson Piquet Jr — at the Venetian Hotel in front of a crowd of thousands of eSports fans.

“The prize on offer is life-changing and qualification just vindicates my decision to not give up on my dreams,” he said. “Some of the guys you meet in sim racing, their skin is almost blue because they haven’t been in the sun, so maybe my racing experience in front of real crowds may help me and make them a little more nervous.”

The Visa Vegas eRace is taking place at the The Venetian Hotel as part of Sports Business Innovation presented by Turner Sports (January 5-7) at CES.

The competitors will use Playseat gaming rigs running rFactor 2 software, while Cloud Sport will ensure that the competition is correctly regulated, and as realistic as possible.