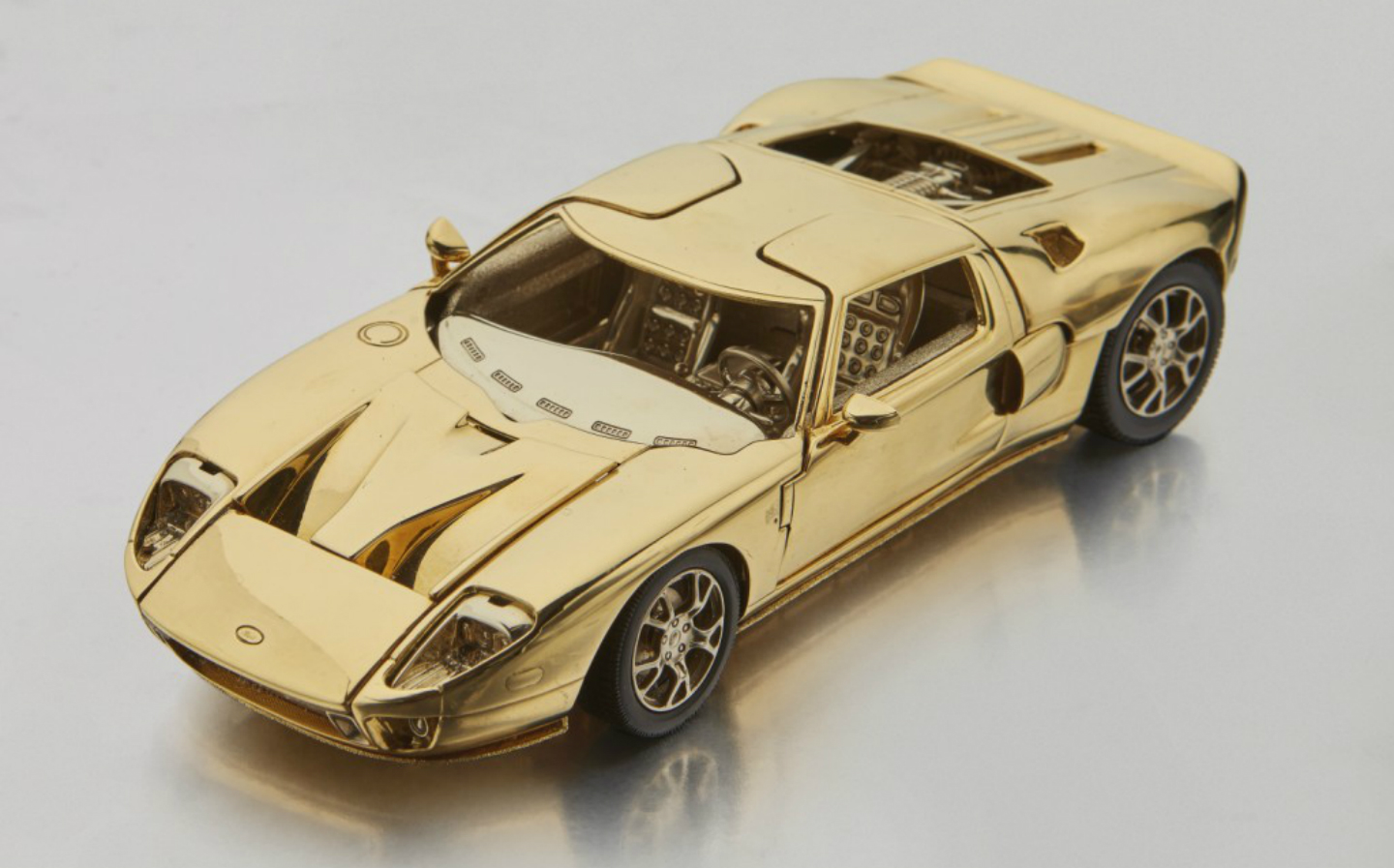 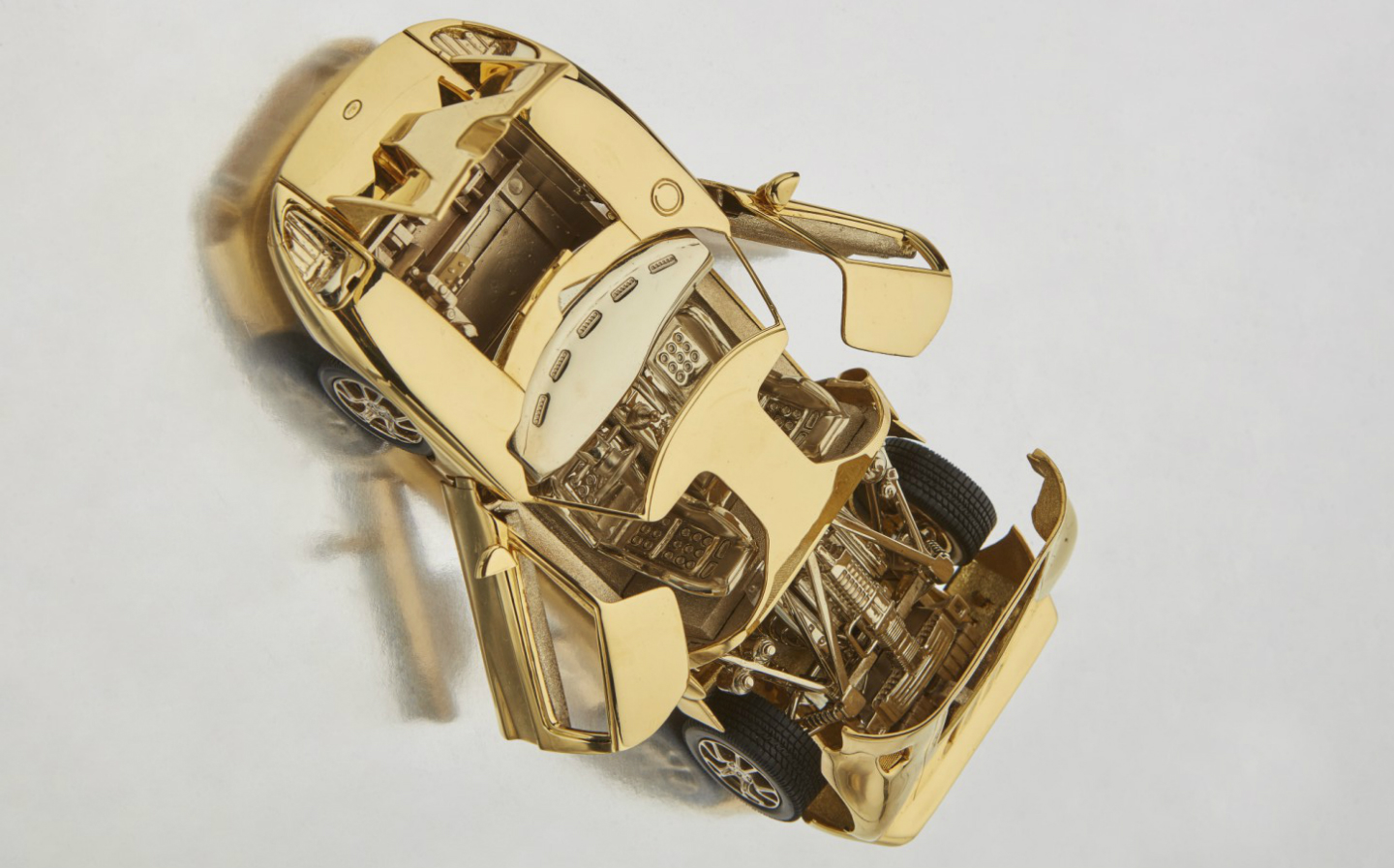 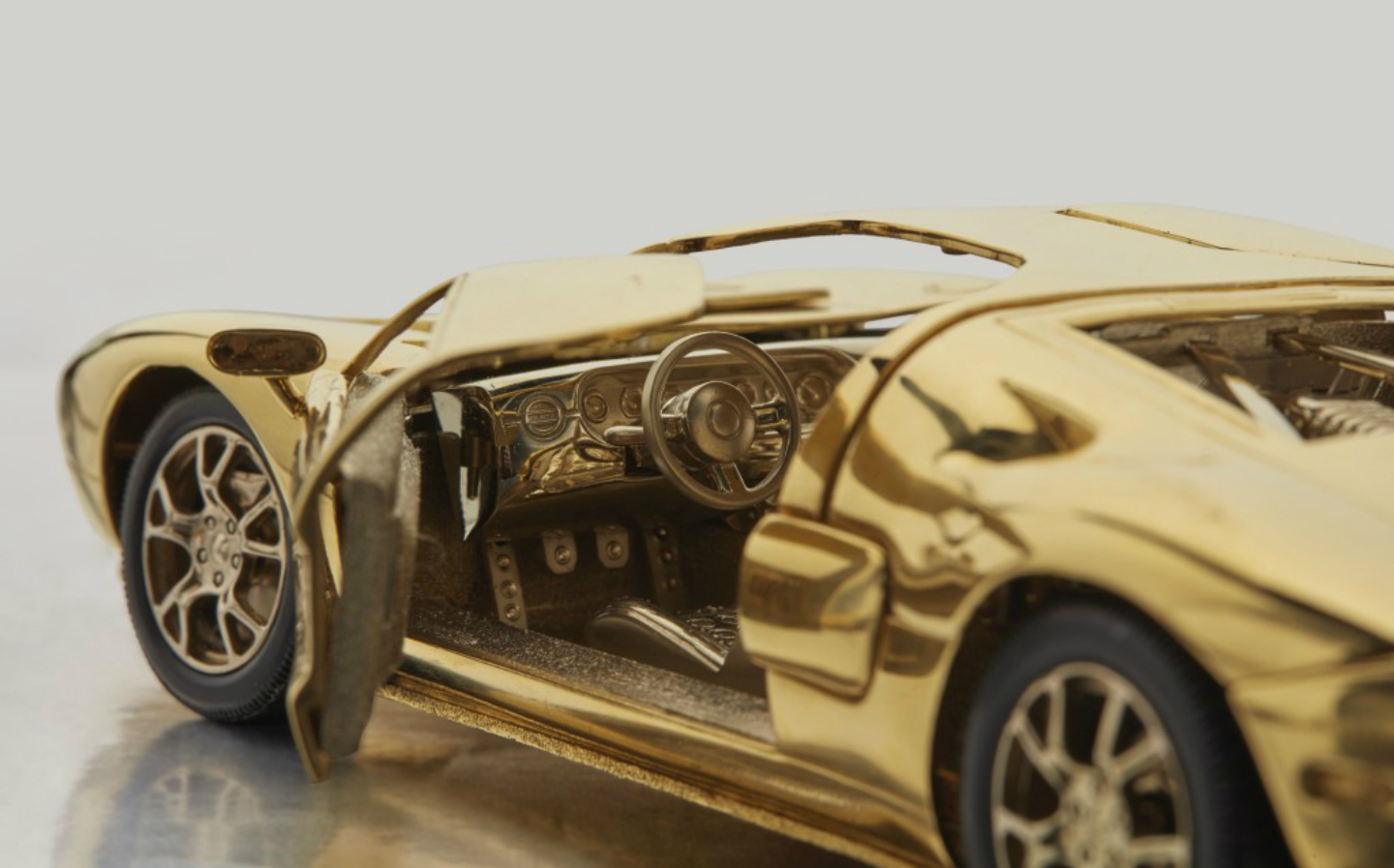 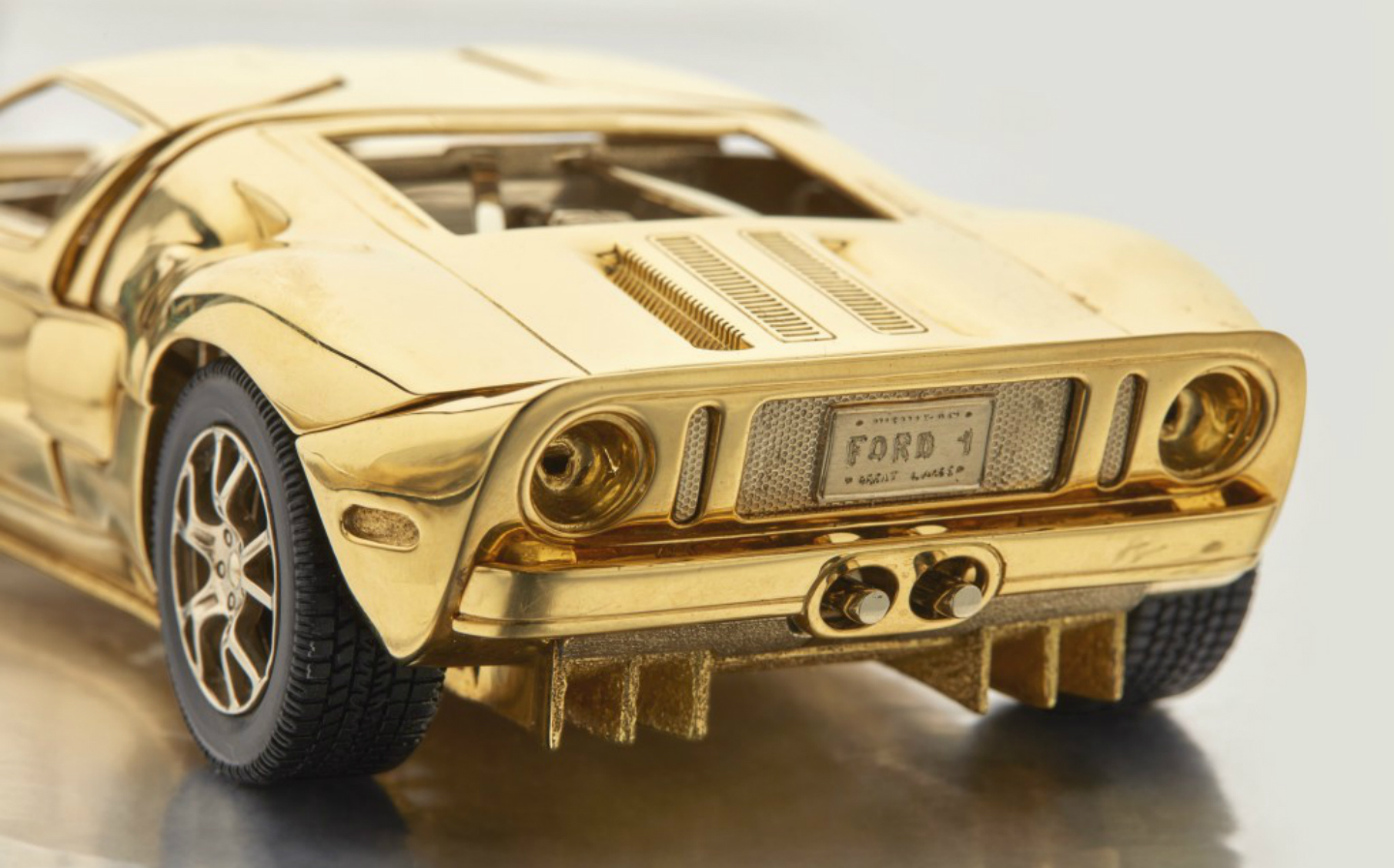 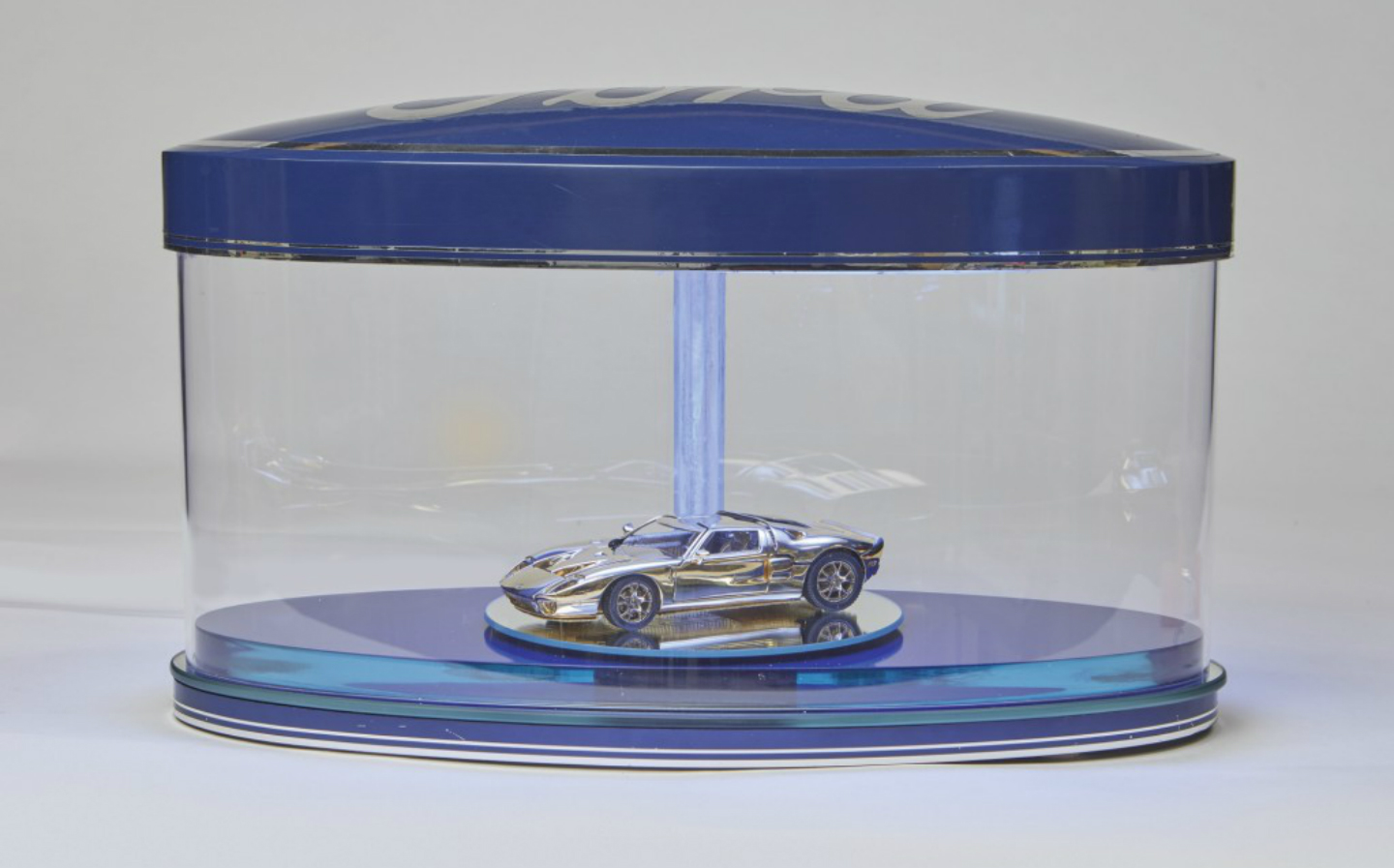 The auction house Sotheby’s is currently selling a very special piece of car memorabilia: a Ford GT scale model made out of solid gold.

Perhaps unsurprisingly, being made out of 18 karat gold, the 1:25 scale supercar isn’t the work of a die-cast model maker. According to the listing, the gold Ford GT was crafted the Ahee Jewelers, which is approximately half an hour’s drive away from Ford’s headquarters in Detroit.

Further reinforcing the connection with the Blue Oval, Sotheby’s says the 18 karat GT was formerly owned by a descendant of the Ford Motor Company’s founder, Henry Ford.

Since it reportedly took several hundred hours to fabricate, the GT model is appropriately intricate. As well as the opening bonnet and doors, the model also features a detailed interior and engine bay, and it even sports an engraved “FORD 1” license plate, complete with Michigan state branding and ‘Great Lakes’ slogan.

Despite coming with a display case (which is being included in the sale), the Ford GT isn’t totally devoid of blemishes, as there’s slight scratching along the sides and a bit of rubbing when the doors are opened and closed. The rest of the vehicle, though, appears to be immaculate with Sotheby’s going as far to say the four genuine rubber tyres are in “pristine” condition.

At time of writing, a single bid has been placed, with the auction (which you can view here) set to close at 4pm UK time on December 3.