By James Mills
Share Article
An intriguing and eye-catching alternative to a Golf but nothing special to drive.
Pros
Much improved in all areas over Mk 1
Plenty of rear space
Looks loads better
Cons
Still makes compromises in driving terms
Wind noise at speed
Interior quality a bit lacking
Cars > Volkswagen > Beetle 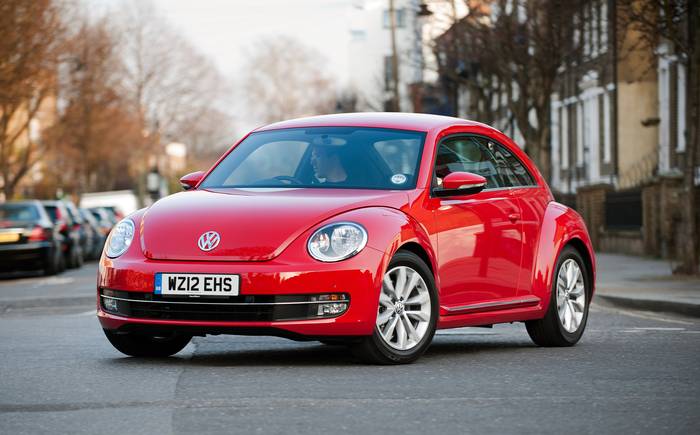 What is the VW Beetle?

This is VW’s second attempt at convincing the world to fall in love with the Sixties love bug all over again. Plenty of criticism was levelled at the first remake of the Volkswagen Beetle: too tall, too clumsy-looking, too compromised, too girlie, too cynical. But that didn’t stop it selling well around the world, so any replacement had a big job on its hands.

Search for and buy a used VW Beetle on driving.co.uk

Volkswagen has more closely mimicked the original Beetle this time. Perhaps that’s because its designers and product development bosses have looked enviously at what Fiat and BMW have done with the 500 and the Mini and decided that retro is hot.

This new Beetle is still based on the Golf, but it’s longer, wider and lower. It looks much more sporty and less effeminate than the previous version but it still has three-door-hatchback practicality. Unlike other VW models it does not have a massive range of engines to choose from, but the engines that are offered have been well judged for the likely clientele. 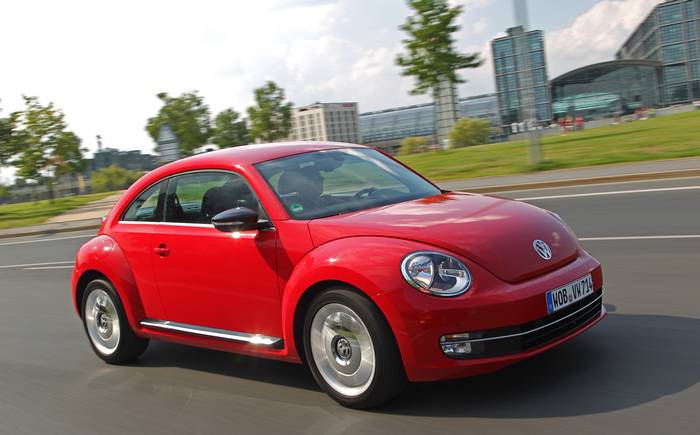 The top-spec version of the Beetle is based on Golf GTI running gear so it should please keener drivers more than the model it replaces, which was about as exciting as soggy cornflakes at the breakfast table. Cornering abilities have been drastically improved, but as it’s heavier than the Golf, performance is slightly blunted, even with the 2-litre turbo petrol engine.

The top-spec models isn’t a patch on the Golf GTI when it comes to absorbing bumps, and further down the range, where cars get a less sophisticated suspension, the ride is still less than impressive. Other engines include a 1.2-litre turbocharged petrol and a 1.6-litre diesel, but our pick is the 1.4 with its combination of supercharger and turbocharger. Whatever the model, refinement is generally good, although wind noise at speed can be a little intrusive. 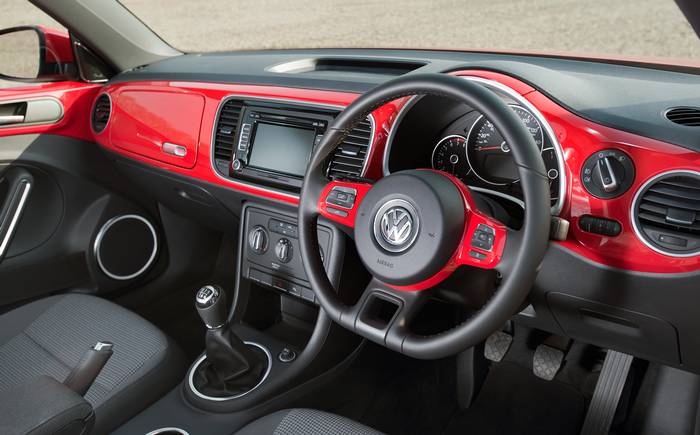 Compared with the previous car, which made the driver feel as though they were sitting in the middle of a fish tank, the new version has a conventional seating position. There’s plenty of room for a couple of adults in the two back seats but boot space is barely bigger than a Polo’s. The Beetle’s dashboard is more upright than in most modern cars because it takes its cue from the original Beetle, and it can be specified with a great slab of body-coloured plastic that runs across it and into the doors. This is contrasted by modern switches and buttons, which, although obviously from the VW parts bin, do not give this Mexican-built car quite the superior feel we’re used to from VWs.

There are two trim levels, Sport and Design. Sport includes carbon-fibre trim, which looks a bit weird in an unashamedly retro car. Design has the body-coloured dashboard, which is much more in keeping. The latter also has plenty of kit, including Bluetooth connectivity, a multifunction steering wheel and a touchscreen to control the sound system.