By Richard Dredge
Share Article
There’s a lot to like about the Beetle, but it is a slight case of style over substance, so don’t expect practicality or amazing performance... just élan by the bucketful.
Pros
It's at least good to drive
The styling is Marmite but distinctive
Airy cabin and wide engine range
Cons
The boot is miniscule
Rear-seat headroom is poor
Sluggish 1.4 engine and thirsty 2.3 V5
Cars > Volkswagen > Beetle 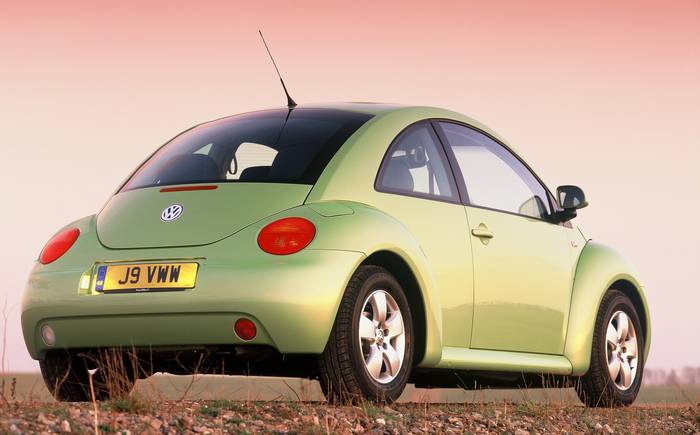 What is the Volkswagen Beetle Mk 1?

The Volkswagen Beetle is nothing less than a phenomenon, and one that you either love or hate. The original version, developed by Hitler in the 1930s, is still the world’s bestselling car, so VW’s decision to revive the model in 1999 was something of a no-brainer. Given that the Golf was designed to replace the Beetle, it’s perhaps not surprising that it uses the Golf’s platform and oily bits.

The reincarnation of the Beetle started a vogue for cute car comebacks, the next in line being the Mini, with the Fiat 500 a few years behind. It’s those two cars that now give the Beetle the hardest time: they are even less practical than the VW, but, especially as convertibles, they’re stylish and sought after. More conventional hatchbacks such as the Audi A3 and VW Golf simply don’t have the Beetle’s presence, even in costly open-topped form. 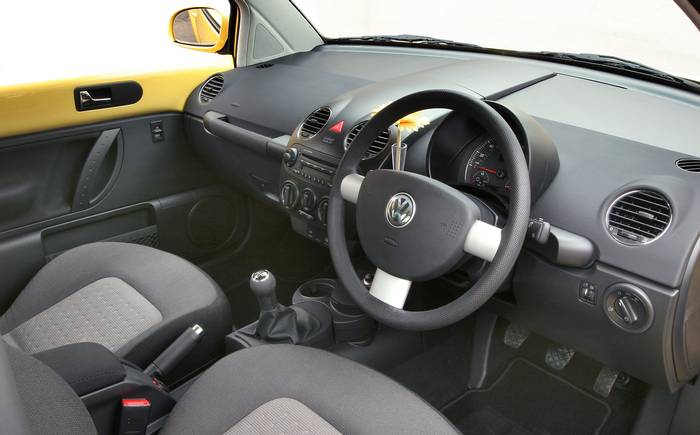 The first official new Beetle imports in 1999 featured a 2-litre petrol engine and left-hand drive; the steering wheel didn’t move to the right until January 2000. Those LHD cars are worth little now; even early RHD cars fetch peanuts. The 1.6-litre petrol engine that appeared in August 2000 offered an economy option, and the gutless 1.4 petrol that turned up in June 2003 was even cheaper. A better bet is the turbocharged petrol 1.8T engine introduced in May 2001 alongside the unloved 2.3-litre V5.

The first diesel option was the strong but rather peaky 1.9 TDI, which came along in April 2002. It was even fitted to the cabriolet, which arrived early in 2003, complete with a boot smaller than the average glove box. All Beetles got a facelift in June 2005, but the differences were too small to affect used prices now. The 2-litre petrol was the only engine to come with an automatic gearbox. In 2012, though, the car was completely overhauled, getting meaner looks, a new engine line-up with more auto transmissions and — whisper it — a usable boot. This version of Bug isn’t yet a presence on the used market.

We’d recommend that you steer clear of cars without air-con as the cabin can get unbearably hot: the Beetle is like a mobile greenhouse. Indeed, this wheeled cloche is less practical and invariably more expensive than the Golf on which it’s based, but that doesn’t stop it being a good buy. 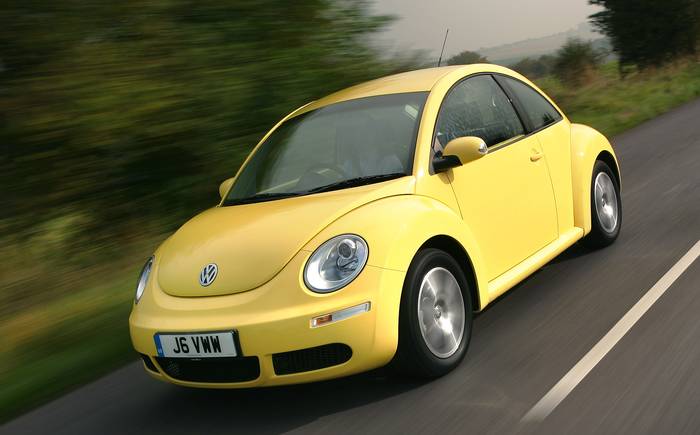 The Golf underpinnings ensure it’s good to drive, well built and generally reliable, and, frankly, practicality is not the point here: the Beetle is one of those cars bought with the heart rather than the head. Even so, do try to think carefully before jumping in. If you buy with your eyes open, you’ll love every minute of Beetle ownership.

Some early Beetles are starting to look very tired — especially high-mileage ones. Items that tend to wear — on top of the obvious brake discs and so on — include the anti-roll-bar bushes (which creak when eroded) and front wheel bearings. Fuel filler caps can stick shut too, and if you’re looking at a convertible, make sure the hood catches are intact, as they break easily. Clutches can fail prematurely and the coil packs on the 1.8T engine can fail, leading to misfiring.

Despite arriving well over a decade ago, the Beetle has been recalled just twice: in 2002 and 2005, because of antilock braking faults and fuel pump leaks respectively.