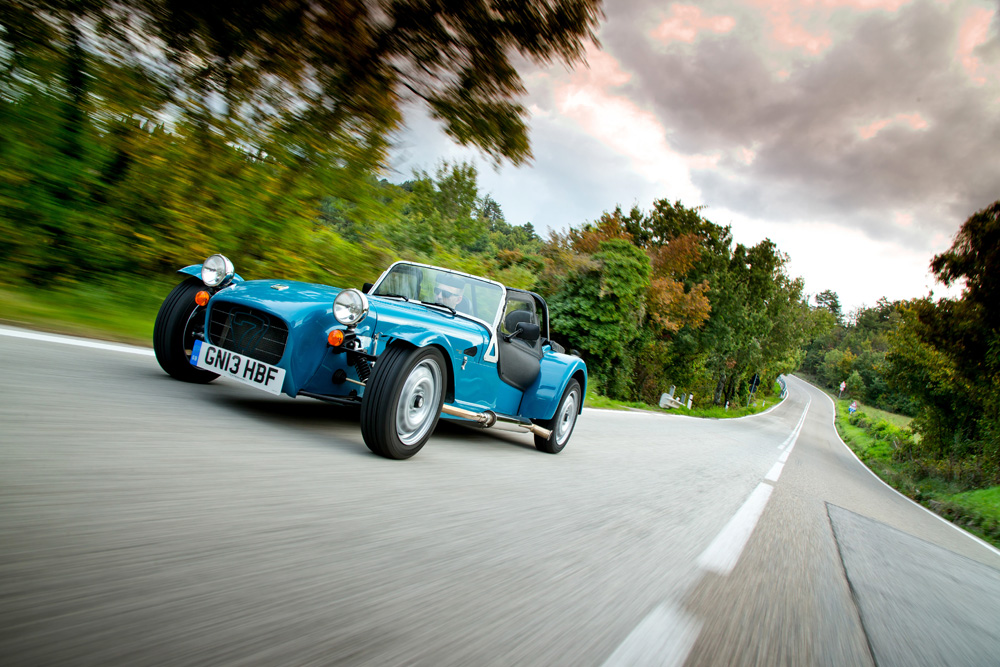 HAVING ONLY recently shed my puppy fat, at the tender age of 45, I’ve never really been into small cars. Apart from the obvious problems of access and comfort, I think my reticence stems from memories of my first car — a Citroën Dyane. Even though I would kid myself (and potential girlfriends) that it was a convertible, I wasn’t fooling anybody.

What the purple, rusty Dyane was was an accident waiting to happen. It takes either a very brave or a very desperate young man to drive around in a car in which you know that, whatever you crash into, even if it is a skateboarder, you are likely to come off worse. I lasted a year in it and then got rid of the thing, knowing that I had about the same survival odds as a fighter pilot in the First World War and was having a lot less fun.

So when the Caterham Seven 160 was sent down to my Cotswold farm for a test run, I have to admit to not being terribly excited. I didn’t know much about it except that it was British, a Lotus spin-off and, rather frighteningly for a Luddite such as me, a kit car.

My first worry was that the thing might arrive flat-packed with some devilishly complicated assembly instructions. Had this happened, you would be staring at a photograph of a long, unopened box; I still have two shelving units I’ve never built since mistakenly buying them unmade.

I do have the phone number of a slightly psychotic former marine who will, for a price, come to my house and do this sort of man’s work for me, but I have had enough of being humiliated in front of my wife and I’m pretty sure he is currently in prison.

It was irrelevant anyway, because the Caterham turned up in my driveway already fully fabricated. It was very low, however — so low that I nearly ran it over in my Land Rover Discovery as I didn’t spot it over the bonnet. The man who had delivered it to my house was very tall and thin and seemed to be in some pain after his drive. I took him to the railway station in Cheltenham and asked him if he was going to be the one picking it up. He looked panicked at the thought and mumbled, “No — someone else, someone smaller,” before making a break for the buffet car.

I returned home and asked my very small wife whether she’d like to go for a drive with me. I might as well have asked her whether she minded me having a No 2 in the drawing room. It would be safe to say that my wife is not a fan of my driving style and is never keen to jump into anything with me. So I press-ganged my increasingly sullen teenage daughter and decided that we would drive the winding country lanes into Winchcombe and back. 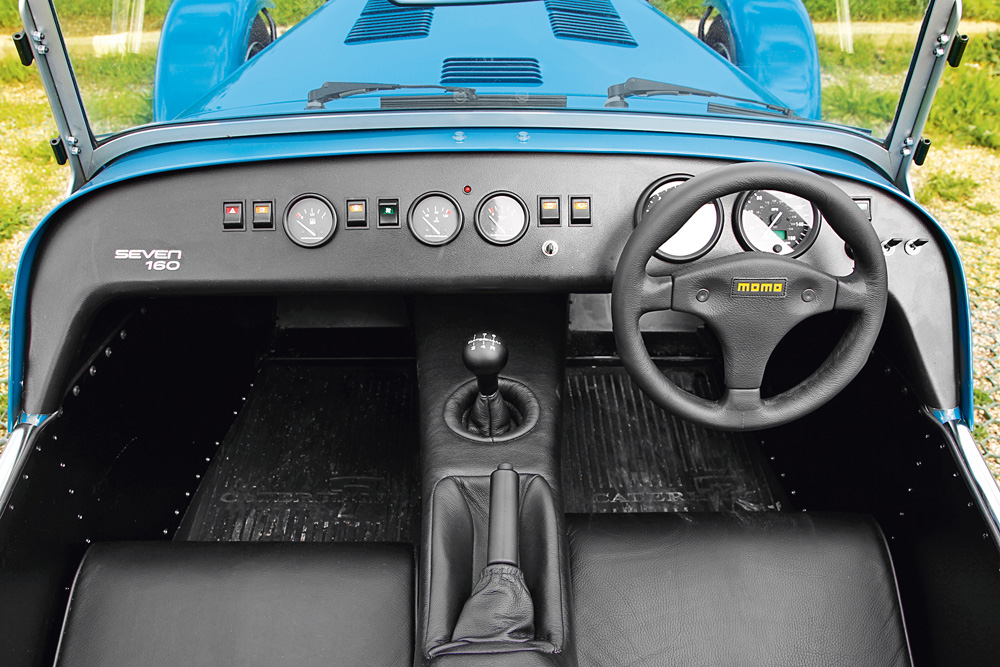 “Why?” asked my daughter.

“Because I’ve got to test the car,” I replied.

“Why?” She looked daggers at me.

“Because the good readers of The Sunday Times’s Driving section want to know what I think about it,” I replied patiently.

“Why?” She was nearly shouting now.

I had no answer for this so I just told her to get in the car and to stop arguing with her elders. Honestly, kids these days.

Getting into the Caterham was trickier than you’d think. I had a go headfirst, to no avail, and then feet first, but only injured my daughter. I wasn’t milking it for laughs — there was simply no way I could get into the vehicle.

Eventually I had to order my daughter out of the car.

“Because I can’t get in, so I’m going to have to take the roof off.”

“Because that is the only way I’m going to be able to get in the bloody thing.” I was losing my patience now.

“It’s cold,” said my daughter, stating the obvious, as ever.

I tried to ignore her and started unpopping the roof. Just as with flat packs, I am useless with car roofs unless they are automatic and disappear seamlessly into the boot. Eventually I managed to half-roll, half-cram the soft  top into the back so that I was fairly confident it would not blow away.

I climbed in and gingerly lowered myself into the driving seat, whereupon I realised just how close I was to the ground. A passing 4×4 — of which there are many where I live — could easily mistake us for a bump in the road, and if there was any eventuality in which I needed to exit the vehicle fast, then I was toast.

The door was the size of a postage stamp, but the interior was nicely done with plush leather — an option, like the roof — and a tasteful, functional dashboard. It reminded me of the time I flew in a Spitfire. I fumbled around with the key for quite a while until finally I turned the thing on. It made a satisfyingly throaty roar and at last even my daughter seemed impressed.

As I eased out of the gate and turned left towards Winchcombe, I put my foot down and the thing positively rocketed off down the lane. This was certainly proper driving, with no chance of feeling isolated from the experience: we felt every bump and every jolt, but it was exhilarating and rather exciting. My girl and I were having a little bonding time, a little adventure, and it was fun.

“Whmnmgmhscm,” she shouted above the engine.

“When are we going home?” she shouted back.

The door was the size of a postage stamp, but the interior was nicely done with plush leather — an option, like the roof — and a tasteful, functional dashboard. It reminded me of the time I flew in a Spitfire.

I ignored her and stared grimly ahead, determined for us to have a fun time that she would remember and treasure when she was older and I was incontinent.

By the time we reached Winchcombe, it was raining. I tried to ignore it, but passers-by hooted with laughter at the idiot getting soaked in a toy car. There is nothing the British public likes more than to see a man in a convertible being humiliated. I parked by the deli and bought a courgette and some overpriced milk so the trip didn’t look pointless.

This involved me having to get out of the Caterham. If I could have filmed the scene, Mr Bean would be looking at his movie franchise with some concern. By the time I was fully free of the car’s clutches there was a crowd of about 10 locals watching. “Come on, Dom, where’s the camera then?” inquired one.

I nodded knowingly, as though he had guessed right. This was a hidden-camera prank, not just an ass trying to get out of a car. My daughter sat there looking mortified, praying for a hole to swallow her up.

As we drove back, I tried to initiate some conversation.

“So what do you think of the car? Shall I get one?”

“What car?” She looked genuinely puzzled.

I gave up, and we drove home in a damp silence. Back in the warm glow of our kitchen fire I thought some more about the Caterham. Well, it’s fast, responsive and exciting and looks great from the front — definitely a bit of Sunday fun — but as you’ve probably gathered, it’s not really the car for me. If, however, you happen to be a couple who enjoy assembling Ikea furniture and don’t feel the need to talk to each other that much, this is the vehicle for you.