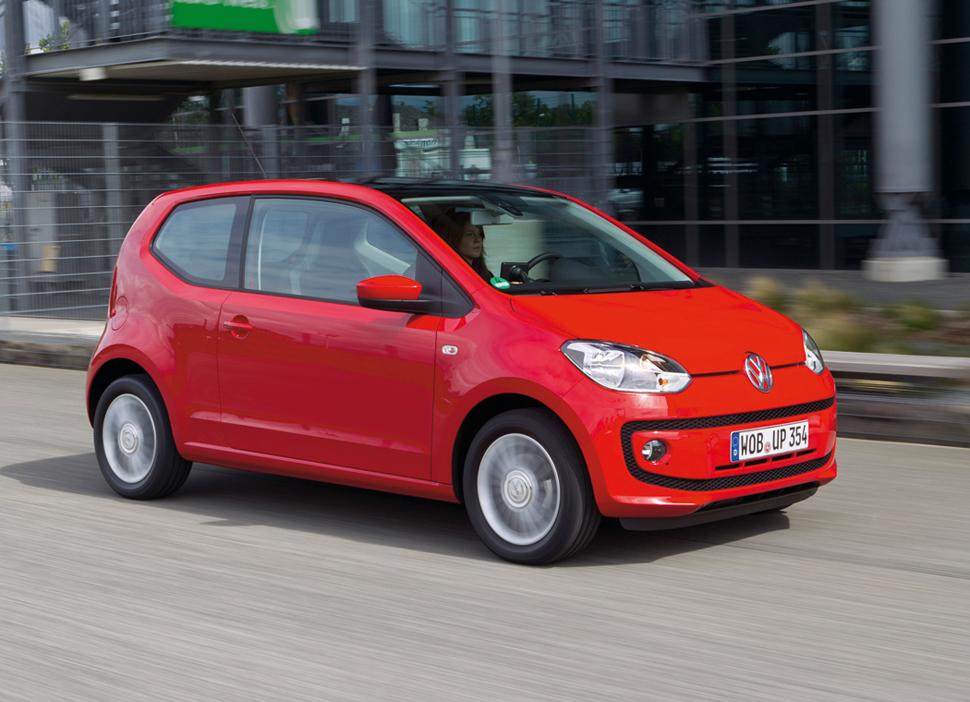 You don’t need an iPad. You can watch films on your laptop, you can store data on your phone and for taking pictures it’d be easier to set up an easel and break out the oils. An iPad is stupid. A complete waste of money, especially if you already have an iPhone, which does the same job. And can be used for speaking to other people, too.

Search for and buy a Volkswagen Up on driving.co.uk

The only reason the little Italian cutester is to be found clogging up every chic street this side of the Urals is that it looks nice. That’s it. The end. I could sit here now and tell you that, mechanically, the 500 is identical to various cheaper or more practical cars such as the Ford Ka and the Fiat Panda. I could tell you too that there is very little space in the back, that some drivers have found even the two-cylinder TwinAir eco-version struggles to do 36mpg and that the 500 is made in Poland by people who just want to go home and watch telly. But it’ll make no difference. The Fiat 500 is like a useless little mongrel at the dog’s home. The one with the wonky ears and the sad eyes. You know that it’ll be a bad buy. You know it will leak. But you soooo want it. It’s soooo sweeeet. And that’s the end of that.

Except it isn’t, because wading into the fray is the new Volkswagen Up!, which unlike the Fiat 500 comes as standard with its very own exclamation mark. There are plenty of variants from which to choose. There’s a Take Up!, a Move Up! and a High Up!, and then you have the colour-based special editions, which were going to be called the White Up! and the Black Up!. Until a VW bigwig realised a company that made Hitler’s favourite runaround shouldn’t really be selling a car called the Black Up!. So now it’s called the Up! Black. Clear? Good.

So let’s move on to the engines. There’s one. It’s a naturally aspirated three-cylinder 1-litre unit that is available in two states of tune. These are: not powerful enough. And nowhere near powerful enough. Prices start at less than £8,000, although the car I tested — the 74-horsepower High Up! — was £10,390, plus an extra £35 for carpets, £350 for cruise control and £225 for a laser to stop it crashing into things in towns. And what I’m going to do now is waste your time and several hundred of my words explaining why you should buy the Up! rather than the little Fiat.

First of all, the Up! is a lot more spacious inside. It has the longest wheelbase of any city car, and that means there really is space in the back for two children. Yes. Of course you can also get two children in the back of a Fiat, but only if you kill them and chop them up first.

Moving further forwards, I will agree the Fiat has a funky and attractive dash. But the VW’s is cleverer because in the High Up! it comes with a detachable “maps and more” touchscreen that can be used outside the car like a TomTom sat nav and then, when it’s clipped in place, as a phone interface, as a sat nav, as an entertainment system or to show driving statistics. It works brilliantly. I like the way the dash appears to be a big slab of painted metal, too, and even though this little car is made in Bratislava, it still feels Germanically, Speerishly well put together. I’d love to say the same of the Fiat but I can’t. So I won’t.

Further forwards still, we get to the engine, and here we stumble over the VW’s first black mark. Even though I was driving the most powerful Up!, I couldn’t even think about pulling into the outside lane of a motorway unless there had been a terrible crash and the whole carriageway was blocked. It doesn’t matter how far back the faster traffic may be — you will soon be in its way. Really, VW should have called it the Hold Up!. It’s fairly pedestrian from 0 to 62mph but it’s the time it takes to get from 62 to 70mph that really alarms. We’re talking hours and hours.

The problem was that I had only 70 torques, whereas the little Fiat, which has one cylinder fewer, has 107. Naturally Volkswagen will argue that the Up! is a city car and that this lack of oomph is of no consequence. But that’s rubbish. It’s okay to have a pair of city shoes and a city suit, but when you are spending £10,000 on a car, you expect it to be able to deal with cities and the countryside equally well. Still, if you are happy to mix it with the trucks and the Peugeots in what Michael McIntyre calls the “loser lane”, it hums along and sips fuel like a mouse drinking sherry through the end of a hypodermic needle.

In the real-world economy stakes, it’s a full-on Alcoholics Anonymous co-ordinator and the TwinAir Fiat is Oliver Reed. To drive, it’s even Stevens, really. Both handle nicely. And both make fabulous noises. The Fiat sounds like a lollipop stick in a set of bicycle spokes whereas the VW sounds like Androcles’s friendly lion. It’s the pipsqueak that roared. Apparently VW didn’t feel the need to fit its inherently unbalanced three-cylinder engine with balancer shafts because, it said, it was so small it wasn’t really necessary.

And I’m glad because the end result is just so characterful. It put me in mind of the old three-cylinder Daihatsu Charade GTti, the first production car to offer 100bhp per litre. That, too, sounded fantastic, although, if memory serves, I was enjoying the noise so much, I crashed it into a wall. Something that’s not possible in the VW, thanks to its special laser option.

I could ramble on in this vein pointlessly for hours, likening the Up! to other rivals from Toyota, Kia and Citroën, but you’re not interested, are you? This is all just blah, blah, blah. Because while the VW is a demonstrably better car than the little Fiat, apart from the speed issues, you’re only really interested in how it looks.

I think the Up! looks fab. It was styled by Walter de Silva, who used to be in charge of design at Alfa Romeo and knows what he’s doing. I think the front manages to be cute, conventional and futuristic all at the same time, and I think the rest of it is a remarkable achievement — it’s a box but it doesn’t look that way. The problem is, of course, the Fiat looks better. And while the Up! comes as standard with an exclamation mark, this is no match for Fiat’s vast range of scorpion stickers and Italian racing stripes and snazzy wheels. In short, the VW is a bloody good little car. But the Fiat’s quite a lot more than that. That’s why you’re going to say Up! yours to the Volkswagen and buy the 500 instead.

Search for and buy a Volkswagen Up on driving.co.uk