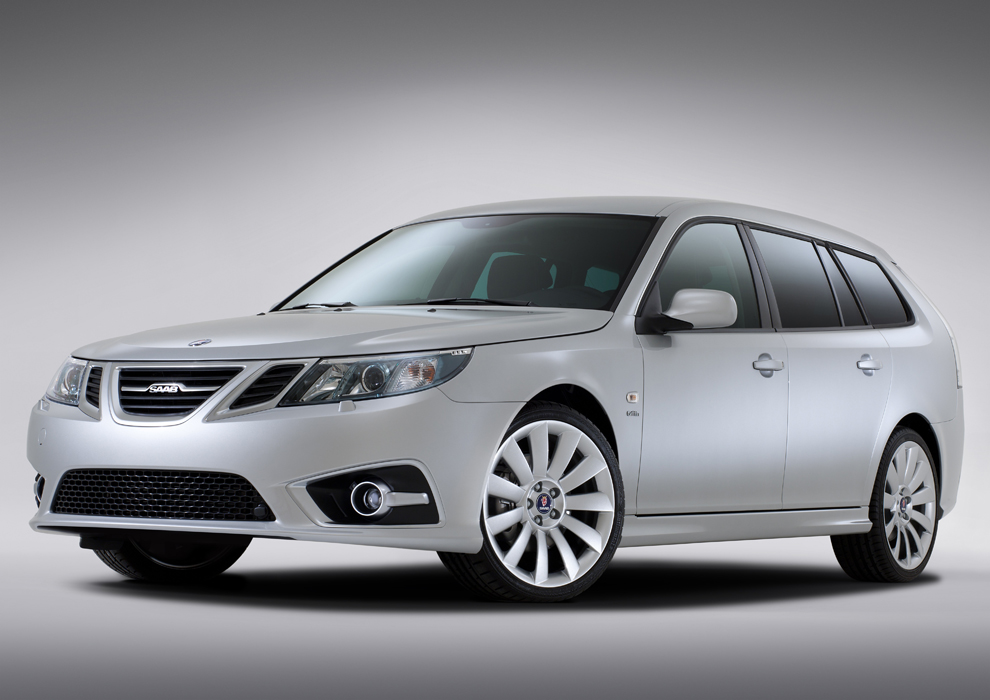 In the days of the cold war we knew we had four minutes to respond to the Soviet threat and we developed the hugely powerful English Electric Lightning fighter to deal with that. But up in the frozen north, Sweden had its face pressed against the Iron Curtain and needed even faster reactions. Which is why it came up with the Saab Viggen. This was the most powerful single-engined fighter in the world. For a while it held the international speed record and it remains the only fighter to get a missile lock on an SR-71 Blackbird spy plane.

Search for and buy a Saab 9-3 on driving.co.uk

It also packed the most powerful cannon and a very advanced radar. But it was a bit more than brute force and a big fist. Because Sweden covered the West’s northern flank against the Soviet Union, the Scandawegians reckoned that if the balloon went up, their airfields would be destroyed in short order. So, when a Viggen’s nose wheel hit the deck, reverse thrust was triggered instantly, allowing the plane to stop in little more than 500 yards. This meant it could be operated from roads, frozen lakes, even school sports pitches.

It was also extremely economical. Unfortunately, the Swedish government refused to sell military hardware to any country it considered to be undemocratic. Which meant that the Swedish air force had to buy every Viggen that rolled off the production line. And that’s why, for a while, it was the fourth-largest air force in the world. Still, at least there was one accounting upside, because here in Britain everyone thought that if they bought a Saab car, they were actually getting a Viggen with a tax disc.

That still holds true today. But actually this hasn’t been entirely accurate for some time. And not only because the Viggen’s engine was made by Volvo. In the early days, it’s true, the aircraft designers were employed to work on the car’s aerodynamics, but that stopped years back. The car you see in the photographs this morning is not a jet. It’s a Vauxhall Vectra in a moose suit. Oh, Saab is still banging on about the aircraft connection. It fits a button that turns off all the dashboard lights at night, so you can feel like a night fighter pilot. But you don’t really. You just feel as if you might be running out of petrol.

Other features? Well, Saab says: “A wide range of functions can be pre-set according to personal preference.” Sounds good. But one of the things listed is the clock. Yes. You can set it to whatever time you like! And another is the air-conditioning system. Wow. So it has a heater that can deliver a range of temperatures. It seems, then, that I was dissing it unfairly when I said it was just a Vauxhall Vectra in an antler suit. In fact, it’s a Vauxhall Vectra with a heater and a clock. And a diesel engine that produces no torque at all.

Technically, this isn’t possible. But somehow Saab seems to have managed it. If you dribble up to a roundabout in second gear at 5mph, spot a gap and put your foot down, you will roll into the gap you spotted, still doing 5mph, only now the van driver you pulled out in front of is leaning on his horn, mouthing obscenities and wondering why you don’t get a bloody move on. Once you’re moving, and provided you keep it in the right gear, the power is not too bad. But when the turbocharging is on song, the steering wheel does protest mightily, writhing about as though it’s in physical pain. And guess how much you’re expected to pay for all this. Yes, £29,000. That’s more than BMW asks for the 318 diesel estate.

To make matters worse, there was recently a great disturbance in Saab’s force. General Motors had bought half the company in 1989 and the rest in 2000 but realised last year it didn’t want it any more. The production lines stopped and for a while it looked as though the company would be gone. But then it was rescued by a Dutch outfit that makes the Spyker supercar. In many ways this is a bit like Mr Patel from your local corner shop deciding to buy Harrods. It sounds terribly romantic, but if you’re going to take on the big boys, you need to have deep pockets. A billion won’t cut it. Toyota probably spends that on pot plants.

But here’s the thing. I do not want Saab to go. I’m glad that in Britain 6,000 architects decided to buy one last year and I hope that number continues to grow. Which is why I have a tip for the new company. The 9-3 is old. It has a nasty engine. And, while I acknowledge the standard fitment of both an adjustable heater and a clock, it is also quite expensive. But it does have one feature that sets it aside from almost every other car on the market. It’s comfortable.

Today all car makers have got it into their heads that, despite the traffic and the price of fuel and the war on speeding, what motorists want is sportiness. A hard ride. Nervous steering. Bucket seats. Big power. There was a time when Volvo sold itself on safety and VW on reliability and Mercedes on quality. Not any more. Now, they all make racing cars. Before a new model goes on sale it is taken to the Nürburgring, where final tweaks are made to the suspension to make sure that it can get round the 14-mile track as fast as possible.

This is fine, of course, if you live in the Eifel mountains and you use the Ring on the way to work. But it’s not fine at all if you live in Esher and your office is in Leatherhead. And it’s also not fine if you ever encounter a pothole or have a bad back. I know that people in a focus group will tell the inquisitors in the polo-neck jumpers that they would like their next car to be “sporty” because that’s the motoring dream and has been since Christopher Plummer roared away from the battle of Britain in his zesty MG. But in reality, sportiness is a pain in the backside.

Recently, I bought a new sofa because it looked good. Sharp. Modern. Crisp. It’s an aesthetic masterpiece, but after a hard day at work, when I just want to slob out in front of the television, I’d be better off sitting on the floor. At my age I crave comfort, and that’s why I have enjoyed my week with the Saab so enormously. It’s dreary to drive and underpinned by one of the worst car platforms in modern history, but the seats are superb, and the suspension is capable of keeping the pothole bomb blasts to nothing more than a shudder.

Plus, and this is the really good bit, as I cruised about, with the adjustable heater providing me with just the right amount of heat, and the clock telling me precisely the right time, everyone else — apart from the occasional van driver — was looking at me and thinking: “Ooh, look. It’s Chuck Yeager.”

Search for and buy a Saab 9-3 on driving.co.uk