Share Article
Handles extremely well for something bigger than a Scottish island
Pros
Good handling for a giant
So ridiculous no one else will own one
The traits of a classic
Cons
Exorbitant price tag
Guzzles fuel
Why not buy a Jaguar?
Cars > Land Rover > Range Rover Sport 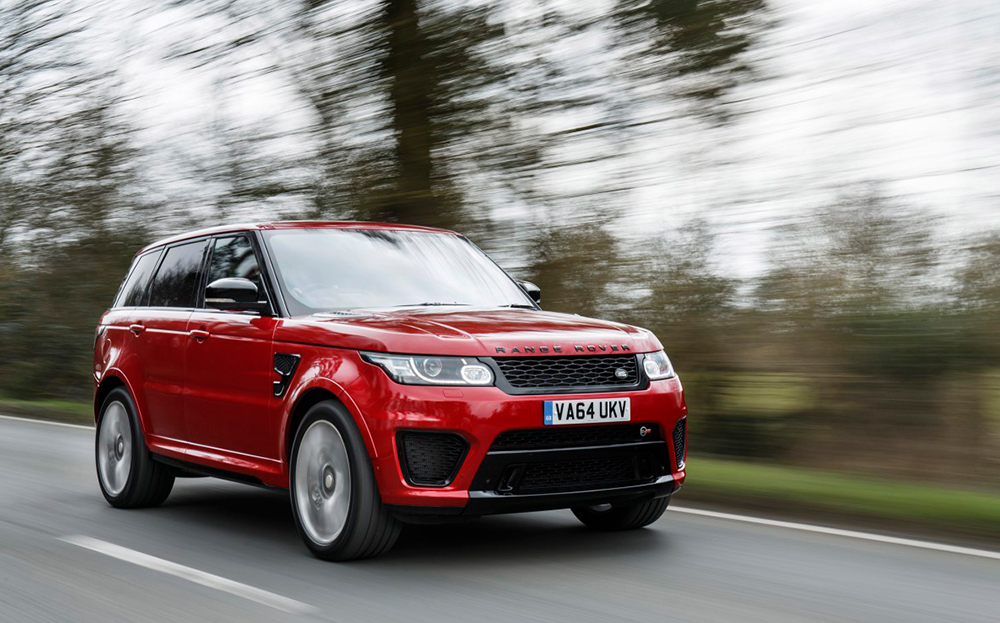 AS MY parents dropped me off at boarding school my dad reached into his pocket and presented me with a small box. In it was an Omega Genève Dynamic, and I welled up a bit. Partly because I was very frightened about what boarding school would be like, but mostly because I had never seen such a wondrous thing. A whole watch. Of my very own.

Browse the used Range Rovers cars for sale on driving.co.uk

As the years dragged by I suffered many terrible things. I was thrown on an hourly basis into the icy plunge pool, dragged from my bed in the middle of the night and beaten, made to lick the lavatories clean and all the usual humiliations that public school used back then to turn a small boy into a gibbering, sobbing suicidal wreck.

In the first two years the older boys broke pretty much everything I owned. They glued my records together, snapped my compass, ate my biscuits, defecated in my tuck box and cut my trousers in half with a pair of garden shears, but I made sure when I heard them coming that my watch was safely locked away.

Today the Genève Dynamic has become something of a classic. James May recently bought one and took it to work, showing it off to everyone. “Look,” he said, like an excited Eeyore. “Isn’t it beautiful?” An opinion he held right up to the moment I said, “Oh, yeah. I’ve got one of those.”

I really have. Sometimes I take it out and wind it up and remind myself that no matter how awful life might be, it was, from 1973 to 1975, one hell of a lot worse.

I would like to start wearing the Genève again. But there’s a problem. Since those days watches have stopped being an heirloom that was presented by fathers to sons on important days and worn for life. And have become symbols of God knows what. 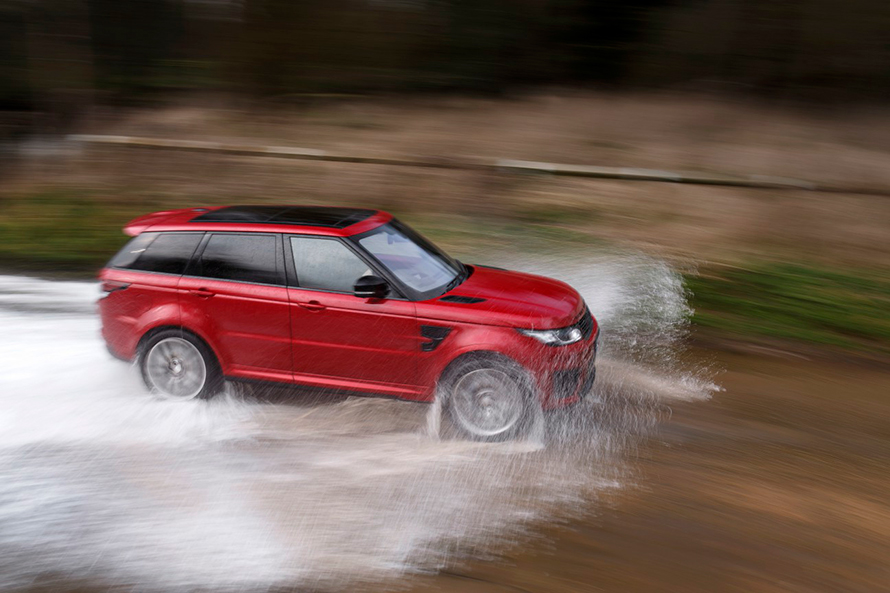 I fear that if I wore what is obviously a Seventies watch, people might think I was being postmodern or ironic or some such nonsense. And I’d hate that, because as a general rule I pretty much despise anyone whose watch face is deliberately interesting. Which in certain circles today is: pretty much everyone. I saw a man the other day wearing a watch that was a) electric blue and b) about the same size as his face. I don’t doubt for one minute that it had cost about £60,000 an acre, and, boy, did he want you to know it.

I’d also like to bet that in a special mahogany box in his dressing room there were several other watches, and that raises a question: why? Owning two watches is like owning two irons, or two tumble dryers. It’s totally unnecessary.

Why would you buy a watch when the one you are currently using still works? They don’t — and I won’t take any argument on this — go out of fashion. And there has been no big technological breakthrough that means they are now able to keep time more efficiently than they did in the past.

On the correct tyres a Range Rover has always been miles and miles better than anything else. It’s been a world-class car. A gem. An all-time classic

I like a nice watch. I look with great attention at all the 200-page features about them in GQ magazine and I have been known to pause for several moments to look in a jeweller’s window. But I wouldn’t actually buy one, because what’s the point? My current Omega Seamaster is still going strong and I don’t doubt for a moment that the only thing that will stop it will be the incinerator into which they put me when I’m dead.

I’m going on a bit here so I’ll come to the point. When did Rolexes become naff? There must have been a time when they were elegant and beautiful and worn by people with taste and discretion. But then one day they became the timepiece of choice for people called Steve. And now I think it’s fair to say the only thing in the world that’s worse than a fake Rolex is a real one.

I don’t doubt for a moment that they are well engineered and designed to survive a nuclear holocaust but you only ever see them sticking out from the cuff of a suit that’s a bit too shiny, wrapped round the tattooed wrist of an arm that’s a bit too thick.

And that brings me neatly on to the Range Rover. Not that long ago Range Rovers were the very embodiment of quiet good taste. And underneath the raffish, stately exterior they were extremely capable. You could buy a BMW or a Mercedes but you would end up needing a new wing after you’d crashed in slow motion into a gatepost, having failed to traverse a muddy field. On the correct tyres a Range Rover has always been miles and miles better than anything else. It’s been a world-class car. A gem. An all-time classic.

And that means every Steve in the land is now running around in one, with his ridiculously thick tattooed arm hanging out of the window. 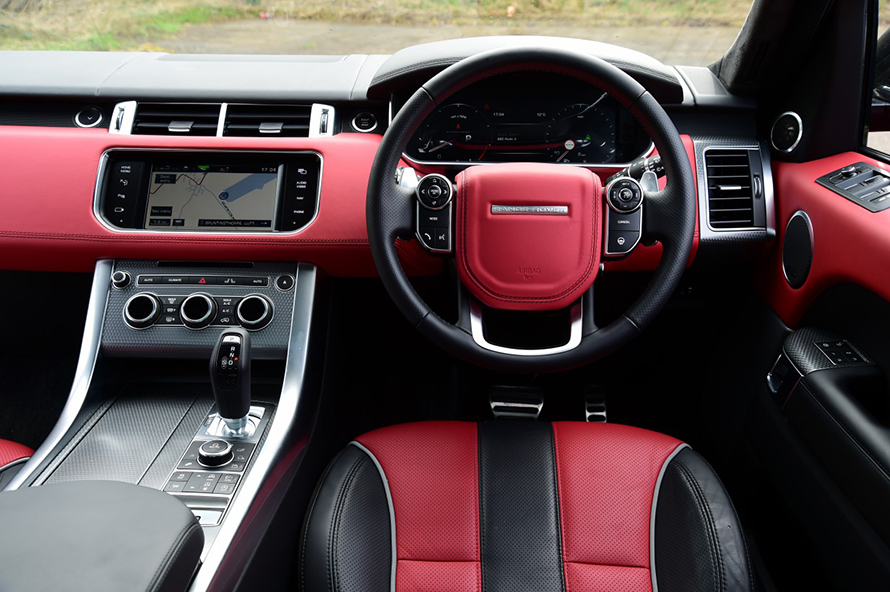 It’s as though it has suddenly become possible for the mildly well-off to buy themselves a title. And what it means is: the really well-off who would ordinarily buy the big, proper version of the Range Rover with the split, folding tailgate are thinking, “Oh, Lord. I can’t drive the same car as my plumber. I must get something else.”

I mean, if you want a car that goes from 0 to 62mph in about a millionth of a second and has a top speed of several thousand mph, why buy something with the frontal area of a house and the fuel consumption an of an oil rig disaster?

Yes, it handles extremely well for something that’s bigger than a Scottish island, but if that’s what you want, why not buy a Jaguar, which has roughly the same engine, uses less fuel, goes even more speedily and costs less?

It gets worse because the ride in the Sport SVR is woefully abrupt. It’s the price you pay for its ability to lap the Nürburgring in two seconds dead.

It is a stupid car and I loved it very much indeed. Because this is a Range Rover you can buy knowing with absolute certainty that the man who comes to service your electric gates won’t have one as well.

Browse the used Range Rovers cars for sale on driving.co.uk