Share Article
At last - a 911 I want to drive
Pros
A beautiful driving experience
Comfortable, too
With this spec it's a bargain
Cons
The car's not better; I'm older
911 drivers are bores
A new 911 is on its way
Cars > Porsche > 911 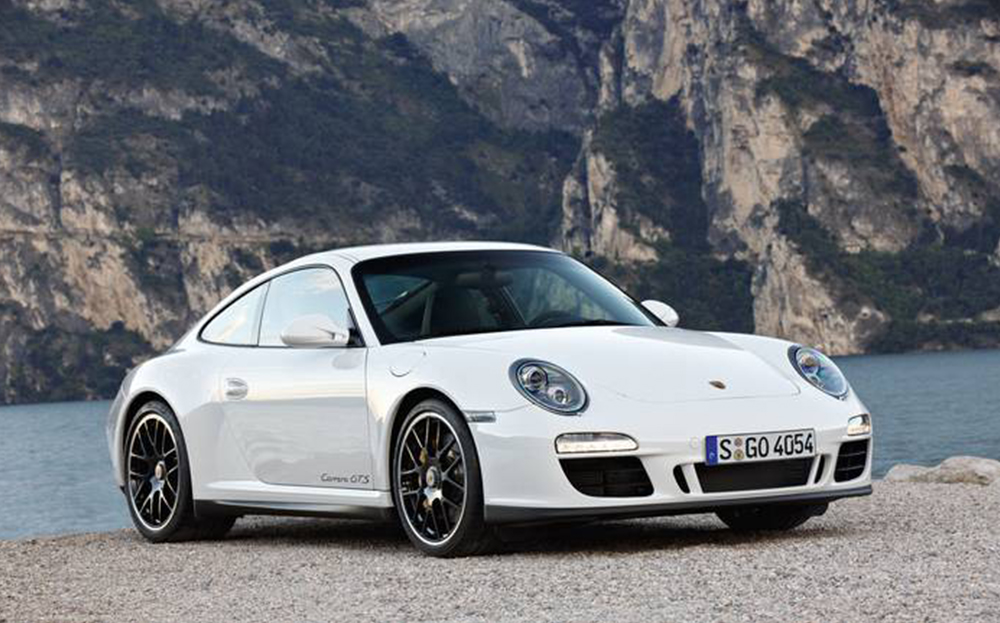 I’D PRETTY much decided over the past year or so that I couldn’t abide Sebastian Vettel. All that finger-pointing when he won a race. And the hair. And the way he blamed his team-mate for the crash last year. Ghastly jumped-up little German prig. But last weekend, there I was, enjoying a plate of scrambled egg in Monaco, when I looked up to see the man himself, running towards me like he’d just crossed a desert and I had the keys to a fridge full of cold beer. We chatted about his forthcoming appearance on Top Gear and he was utterly charming; delightful.

The day before, I’d bumped into Mark Webber and he was charming too. I reminded him that the first time we met, he’d been employed by Ford to chauffeur fat drunks in dinner jackets from a hotel to the Goodwood Festival of Speed. “Hey,” he said. “Don’t mock. I got 80 quid a day for doing that.”

In my brief visit to the principality, I met lots of people involved in Formula One. And they were all much the same. Michael Schumacher. Nick Fry. Martin Brundle. Christian Horner. Rubens Barrichello. All of them made the Duke of Cambridge look like a lout.

And then we get to Bernie Ecclestone. It was late, and I was wandering about the harbour, wondering whose party I was going to gatecrash next, when down the ramp of what appeared to be a floating city bounded the octogenarian. Without wishing to sound like Piers Morgan, he was all smiles, and after dispensing a good deal of bonhomie, he invited me for a drink on Flavio Briatore’s boat.

You won’t believe this but he turned out to be charming too. Well, I think he was charming. Flav doesn’t bother much with consonants. He just sort of makes a noise when it’s his turn to speak but he did a lot of smiling, and gave me a lot of wine. So, behind the sponsorship and the nonsense and the backbiting, I have to report that the silly world of F1 is rammed full of people you’d like very much to have round for dinner.

Unfortunately, the people F1 attracts to its showcase Monaco event are not quite so charming. Let’s deal with the men first. There are two kinds, as I see it. There are those who have the money and they are all very greasy. And then there are those who ride around on the big shots’ backs, like oxpecker birds, picking at their fleas. This is a mutually beneficial arrangement because the rhinos get to be surrounded by acolytes who agree with everything they say and laugh at their jokes until they are told to stop. And the oxpeckers scratch out a living by selling the rhinos superyacht insurance and hideous watches.

Occasionally, I would be grabbed by an oxpecker and made to meet his rhino and there is no small-talk manual in the world that covers this sort of encounter. The rhino has no clue who I am — he has someone to watch television for him — and the oxpecker is not really allowed to speak. And you can’t ask the rhino what he does for a living because you know full well he sells guns and arranges for people to be murdered. Besides, to prevent you from asking any questions at all, he spends the entire time in your company yawning. Billionaires yawn almost all the time. I’m told that on one of the really big boats, there was a young man who is employed to sit around all day, getting a tan and staying fit. His job? He’s the owner’s heart donor.

Then you have the women. Mostly, they are prostitutes. I suspect that if you were so minded, you could come home with a veritable smorgasbord of sexually transmitted diseases. But not the billionaires. They have someone to make love for them.

All things considered, then, I was very pleased to leave Monaco to come home and watch the race on television. But I was not at all pleased to discover what car was waiting for me at the airport. A Porsche 911 GTS. This is a reviewer’s nightmare. It’s like asking a restaurant critic to write about a McDonald’s burger that has exactly the same ingredients as all the others but in a slightly different arrangement. Some colleagues of mine recently worked out that there are currently 153 different options available across the 20-strong 911 range and that, as a result, there are 9.6 trillion mildly different permutations of what is basically the same bloody car.

There is, however, one thing that sets the new GTS apart. The price. If you were to buy a standard Carrera S and equip it to the same level as the new model, it would cost around £95,000. But the car you see in the pictures today — including a few extras — is just £81,968. And thrown in for free is the much better-looking wide body from the Turbo and a bit of black paint here and there.

I suspect there’s a good reason for this unusual act of generosity. Next year we will see the arrival of a new 911 — which will be the same as all the others since Hitler first came up with the idea — and they need to get rid of all the parts before the production switchover. What you are buying, then, is not a new car. It’s the last version of the old one.

I’m told by enthusiasts of the breed that it is also possibly the best. They like the look, the rear-drive simplicity, the value and the Alcantara steering wheel. They say that it combines all the best things from the massive Porsche option list in one unbeatable package and that everyone should have one immediately. My eyelids are starting to droop. Because if there’s one thing I hate more than writing about a Porsche 911, it’s driving one. I feel like such a plonker. Fifty years old. What am I saying? It’s one of two things, actually. I’m an enthusiastic motorist (in which case, give me a wide berth at parties) or I’m having a terrible midlife wobble (in which case, give me a wide berth at parties).

Plus, I’ve never really liked the way a 911 feels. I’ve always quietly respected Porsche’s attempts to marry thrill-a-minute driving with everyday usability but I’ve always thought that it was chasing an impossible dream. The two things are mutually exclusive. To be fun, a car must be a bit mad. And the 911 isn’t.

So why did I enjoy my time with the GTS so much? And why did I also enjoy the GT3 version that I drove onto these pages not so long back. The car hasn’t changed — at all — which means I have. And that’s probably true. Yes, a Lamborghini or a Vauxhall VXR or a Mitsubishi Evo are all fantastically insane and I love them for that. But now I’m past 50, I don’t really want flames coming out of the exhaust any more, and a ride that cripples my back.

You don’t drive a GTS. You dance with it. It is a beautiful experience, actually, and yet there are no histrionics. The sat nav and the iPod connectivity all make sense. And it’s not huge or loud or uncomfortable. It’s as lovely as Sebastian Vettel, in fact. So bear that in mind when you see a middle-aged man driving a Porsche. He’s not having a midlife crisis. He’s just grown up.