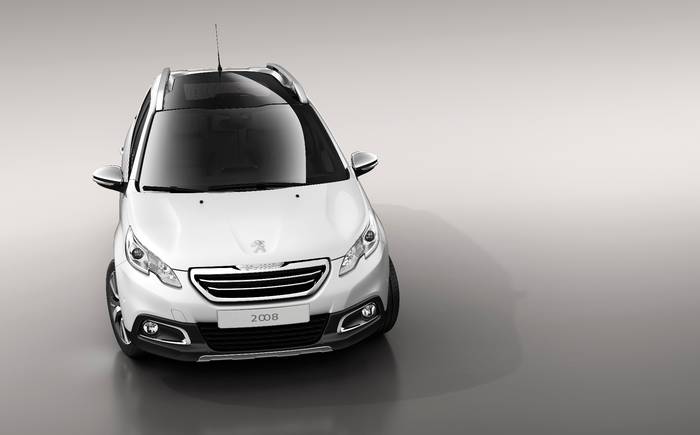 My children are not even remotely interested in cars. My son has a Fiat Punto simply because it’s Italian and he quite likes pasta and Inter Milan. He has no clue about its engine and is really only bothered about fuel economy. Speed, he reckons, is dangerous and silly.

It’s the same story with all his friends. They can tell you who plays centre-back for every football team in Europe, and how many left-footed goalkeepers there are in the Premier League, but could they tell the difference between an Audi and a Mercedes? Not in a million years. Would they be able to identify Kimi Raikkonen? Nope, not even if he was all alone in a shed, wearing a name badge.

Then we have my friends. Of these, maybe three are what you might call interested in cars. The rest simply aren’t bothered at all. Mostly they go out every couple of years and buy whatever Range Rover happens to be in the showroom that day.

I’m aware also there are significant numbers of people who dislike cars in the same way they dislike soap, and David Cameron. And all of this raises the question: who’s watching Top Gear? Who’s buying all the car magazines? Why has Ferrari just had a record year?

I’ve been pondering on this for quite some time and now I think I have the answer. It’s the people who go shopping in London’s gigantic Westfield centre.

The multistorey car park there is permanently packed with slammed Volkswagen Golfs, tarted-up Beemers and tricked-out Mercedes. It echoes constantly to the bellow of big-bore exhausts, the squeal of tortured 35-profile tyres and the boom of megawatt sound systems. It’s a cathedral to the god of horsepower. A meeting point for the disciples of speed.

They’ve even worked out their own rules in there. The car park’s owner has introduced a one-way system and various give-way points but they’ve been replaced with a simpler system, which is: whoever has the most expensive car has the right of way. It works rather well.

Of course, you get people who cheat. Recently a chap in an AMG-badged Mercedes tried to nick the only remaining space outside Waitrose, but I’d already clocked that he was actually in an E 250 so gave no quarter at all.

However, last week it all went wrong, because I was driving a Peugeot 2008 Cross Dresser. And that, in the car park at Westfield, is the bottom of the food chain. It is the speck that insects eat. So you have to give way to absolutely everyone and then you must park in the loser lane, miles from the shops.

It’s much the same story elsewhere. In Notting Hill two trendy-looking Dutch tourists stopped dead in their tracks, pointed at me and burst into peals of laughter. Then they took photographs and wandered off, laughing at those too. I think that if I’d just spent £19,145 on this car, and people laughed at me wherever I went, I’d be a bit disconcerted.

But I wouldn’t have just spent £19,145 on this car because I simply don’t understand the appeal. And it’s the same story with all its rivals. The Mini Countryman, the Ford B-Max, the Vauxhall Whateveritis. And that dreary new Renault. You pay more than you would for a standard hatchback and all you get in return is the ability to drive while wearing a busby.

I think they’re cars for people who’ve completely given up on life. They know they will never again have sex outside, or wake up with a hangover. Life has become a beige montage of comfortable shoes, nights in front of the television and excruciating anniversary dinners at the local Harvester. When you see someone go past in a car such as this, you know that he will be actively looking forward to the cold embrace of death.

But the fact is that many people do like cars of this type, in the same way that many people like All Star Mr & Mrs, and marzipan. So it is my job to see how the Peugeot stacks up. And the truth is . . . it’s really not bad at all.

It won’t go round corners very fast, and it’s about as exciting as being dead, but as a car for someone who sees no fun in anything at all, it makes a good deal of sense. Providing it doesn’t go wrong. Which, because it’s a Peugeot, it probably will.

But if it doesn’t, it’s surprisingly good. First of all, the suspension is so delightfully soft you don’t feel potholes at all, or speed humps, or your neighbour’s bicycle, or any of the other things that Peugeot drivers are prone to running over. It glides around like a hovercraft.

You can buy it with a petrol engine but why waste your money? You’re not interested in revs or speed. You’re just waiting for death, so save your pennies on fuel and have the diesel. That’s the engine I tested, and again I was surprised. It pulls so well from low revs that you could stick it in top and leave it there all day. And it’s not just torquey; it sips diesel in the same way that an old lady sips a sherry.

It’s a nice place to sit in as well. There are natty materials in the cabin, with some nice stitching on the upholstery, and my model came with a glass roof so it felt airy and pleasant. The sat nav was dead easy to use, the car had many toys and even possessed a Range Rover-style traction system. You tell it what sort of surface you’re driving on and it decides which wheel should get the power. The only slight niggle is that it’s not actually four-wheel drive. So, really, it’s just a knob for impressing your passenger. It doesn’t really do anything at all.

I suppose, grudgingly, I will admit that because of the taller, boxier body you do get more space everywhere than you do in the standard hatchback. There really is room in the back for people, and the boot could handle three medium-sized dogs. Four, if you didn’t like them very much.

So as a tool it must be said that this car ticks many boxes and does a lot of important things extremely well. But I hated it. I loathed the way it makes no attempt at all to be exciting or exhilarating. And I felt embarrassed to be in a Peugeot, which has become a badge of honour for the terminally uninterested.

In short, this car does absolutely nothing for me, and I don’t blame my fellow disciples in the Westway shopping centre’s car park for treating me — and it — with such disdain and derision.

But for the vast majority of people — and I mean, 97.3% of the population — it makes a deal of sense. If — and it’s a big if — it is reliable, then you really couldn’t ask for more. The only trouble is, the sort of people I’m talking to have used this bit of the newspaper to line the budgie cage. So they’ll never know.

Big, practical and comfy. I hated it.