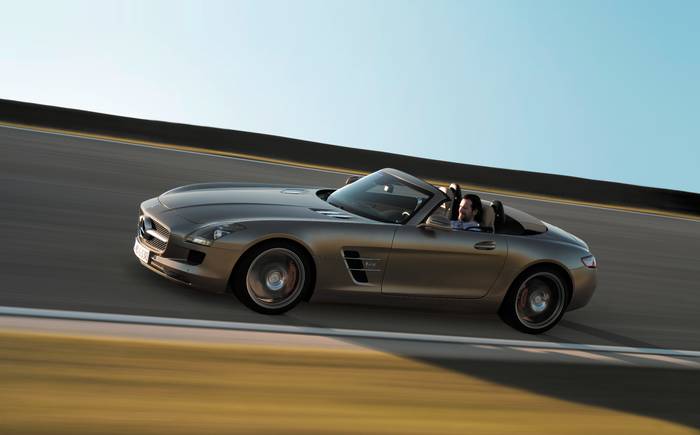 With a deserved reputation for being a bit hopeless with my hands, I approached the job of building a dam very seriously. So I climbed onto my new six-wheel-drive ex-army Alvis Supacat and spent the morning driving around the farm looking for suitable stones. When my hands and lungs were bleeding from the effort of loading them into the “boot”, I headed off to my newly dredged pond to start work.

Using skills I’d learnt from watching documentaries on the building of the Hoover dam in America, I started by erecting a temporary blockage using bits of old skirting board I’d found in a skip. This didn’t work. So I gave up with the idea of a temporary dam and plunged straight in with the real one. And after about an hour, I realised I wasn’t making much progress at all. Even though I had many stones and some of them were quite large, they didn’t fit together very well, or they sank into the ooze. Either way, the water carried on flowing, oblivious to my efforts.

Search for and buy a Mercedes-Benz SLS on driving.co.uk

This caused me to break out a spade. And what a stupid, terrible, ungainly thing this is. You plunge it into the ooze, and everything you pick up simply falls back into the water again. Pretty soon I was sweating like an Egyptian boilerman and my back muscles felt like they might actually be on fire. And still the water kept on coming.

However, all the while, I’d had my eye on a mini-digger that the pond dredgers had left behind. “You can use it, if you want,” one of them had said as he left for the weekend. And I’d nodded and said, “Sure”, not being prepared to admit to another man, especially not a son of the soil, that I had absolutely no idea how it worked. Men are supposed to understand diggers like we understand testicles. But I don’t. The last time I’d used one, I accidentally pulled a seal’s head off, and damn nearly killed my son. And that was a tiny little thing. The one sitting by my pond, winking at me, was much larger and had many more levers, all of which were incomprehensible. But I decided to give it a try anyway.

It took a while to realise that the big scoopy thing on the front wouldn’t move unless both the big red levers were pushed forwards, and that if I wanted the digger itself to move forwards, I had to pull the levers in front of me backwards. But pretty soon I had it by the water’s edge, scooping up silt like my actual name was Seamus O’Gallagher. And 10 minutes after that, the dam was built. I was very proud.

I was so brimming with confidence that after I’d celebrated with a crusty sandwich, some pickle and a cold beer, I started up the dredger man’s dumper truck and spent a little while using it to knock down various dead trees. Then I cleared a spring that was jammed with flotsam from the woods. Then I made a waterfall. I was in heaven. A man and his machines at one with nature. I was an artist and internal combustion was my brush. Later today I’m going to buy a chainsaw.

It really is hard to think of any machine that provides more enjoyment than the tools of landscape architecture. Diggers. Bulldozers. Dumper trucks. My beloved Supacat. There’s an effortlessness to the hydraulics, which means that at tickover there’s enough power to shift in a moment what took God himself 450m years to create. When you are in a JCB, you really are a master of the universe.

You have much the same feeling in the new Mercedes SLS roadster, which comes with a bonnet that seems to cover a slightly larger area than Wyoming. That’s one of the many, many things I love about this car. Because you sit right at the back, in the boot almost, you have a sense that you could have a huge accident and simply not know about it for a week or two. Imperious: that’s how you feel.

As I have said on many occasions, the coupé version of this car is one of my all-time favourites. But it does have a drawback: its gullwing doors. Yes, they look very interesting at a motor show, and yes, they hark back to the original Mercedes 300, but when you are in Wolverhampton, and people are looking, you feel like a complete knob every time you get into and out of your car. The only reason doors like this are fitted is for showing off. And in this country, show-offs are held in dim regard.

There’s another problem, too. If you roll an SLS and end up on the roof, with petrol sloshing about, life is very tricky because, of course, you can’t open the doors to get out. To get round this issue, the hinges are fitted with explosive bolts that fire when the car is upside down. That means a) you are driving around with a bomb right next to your head and b) the car is heavier than necessary.

Happily, the roadster — for obvious reasons — has conventional doors. This means no embarrassment on the high street, no bombs and no excess weight. Yes, the car is heavier than the coupé, thanks to specially strengthened sills. But because the doors are lighter, the overall increase is negligible. Which means the performance is not affected in any way you’d notice. It’d be a good test of Wayne Rooney’s new barnet, the roadster, because my God it’s fast. And with the roof down it feels almost ridiculous. You put your foot down, the double-clutch gearbox responds in an instant and you are catapulted towards the horizon in what feels like a category 70 hurricane.

Then there’s the AMG soundtrack. This is a car that assaults all of your senses. It batters you. Think of it this way. The coupé is a Gulfstream biz jet. Sleek. Fast. Comfortable (ish). The roadster is a Gulfstream biz jet, too. Only with no roof. Imagine that and you have an idea of what it’s like to drive this car down the A361.

But it’s not all about straight-line speed. By mounting the gearbox at the back, and using a carbon-fibre prop shaft that weighs about the same as a mouse, the engineers have made sure the weight is distributed perfectly. You feel that when you hustle it and it surprises you: because you can’t really understand how something with a bonnet that vast can feel so small and agile. And you especially can’t understand when your ears are bleeding and your hair is in the slipstream three counties back.

It’s not a Ferrari. It won’t grip like that. It isn’t supposed to. It doesn’t grip at all, if I’m honest. Turn the traction control off and it will spend most of its time sideways. But it all feels easy. It’s not a sports car, and it’s not a GT car. The ride’s too hard for that. It’s a muscle car, really.

Bad things? Well, there is a hint of scuttle shake — you can feel it through the wheel — the lumbar support controls look as if they were bought from a motorist discount store in the 1970s and while the gearbox may work well at speed, it’s dimwitted and a bit jerky around town. Minor things, really. Good things? Everything else. The roof is fast, you get all the usual Mercedes trimmings and the price is about £30,000 less than I was expecting.

I would quite understand why you’d buy a Ferrari 458 instead. It’s a better driver’s car. And I’d be stumped if someone asked why the SLS costs twice as much as the ostensibly similar Jaguar XKR. Really, it’s a question of each to his own. Some people like to play golf. Some like to build dams. Some prefer the delicacy of an Italian supercar. Some, the charm of a Jag. But if you “get” the SLS, nothing else will do.

Search for and buy a Mercedes-Benz SLS on driving.co.uk