Share Article
I admit it: I’m a Mondeo man
Pros
Most comfortable ride after a Rolls
Plenty of cubbyholes
Not special but likeable. Like a labrador
Cons
Not exactly cool
Unsupportive front seats
Outclassed by BMW
Cars > Ford > Mondeo 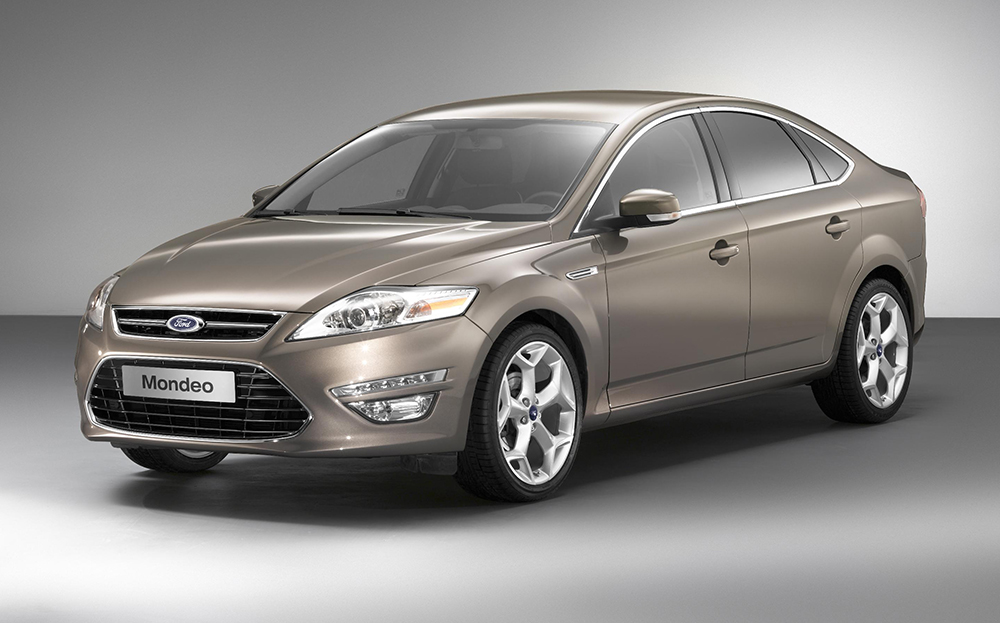 IN ANTHROPOLOGICAL terms, people who live in what we must now call the developing world have not really had much time to get acquainted with the motorcar. For about a million years they sat about in fields, clicking at one another and being frightened of stuff. And then, in very short order, everything went berserk. The Americans came and dropped bombs on their heads; they got a new president, who cut their arms off for smiling; they had a big war with a group of people they’d never met; and, just when they thought life couldn’t possibly get any more exciting, someone gave them a bicycle.

By this stage it was about 1994, and since then, as economic growth has spread its nutritious and enriching tentacles around the globe, they have discovered that it is possible to buy a bicycle with an engine and that some of these motorised bicycles even have four wheels. And guess what. Since they now have jobs as foremen at the new training-shoe factory on the outskirts of their town, they can afford one. Hay to Hyundais in one generation.

As a result of this sudden introduction to 21st-century personal mobility, it is very hard to explain to Mr Patawayo or to Mr Ng that they must not buy a Korean car because a Mercedes manages to mask the onset of tread shuffle in a more convincing manner. And at the limit of oversteer a BMW is easier to catch than some half-baked piece of stylistic nonsense from a man with no shoes in Jungle Town, Malaysia.

Customers in the hot bits of the world are not bothered about tread shuffle or power sliding. They have no interest in how a car handles or how it looks or whether the company that made it won the 1957 grand prix at Spa. Do you know what the major consideration for an Indian motorist is when he’s buying a car? How much space there is in the back. That’s it. That’s what matters. In India a two-seater would be as stupid as a car with a dashboard made from sick. Cost. Practicality. Fuel consumption. These are the things that matter. Not the wind in your hair and a snarling exhaust note.

I recently drove fairly extensively across the Middle East and guess how many convertibles I saw. Well, in two weeks, the answer was — none. In Turkey you’re more likely to come across a pork chop. All of this means that half the world — and I’m talking about the half that, in the future, will be rich — is growing up now with no concept of motoring as a pleasurable thing to do. Driving is simply more convenient than the bus, and there’s less chance of contracting cholera. And because Kia and Hyundai got there first, they will prevail.

Of course, we have missionary-position cars in the developed world as well. And here in Britain the king of the man-on-top cars is the Ford Mondeo. Its grandad, the Ford Cortina, was Britain’s bestselling car in 1974, 1975, 1977, 1978, 1979, 1980 and 1981. In 1982 Ford dropped it from the line-up and introduced a replacement called the Sierra. It had a shaky start but, even so, it remained in the top five every year until it was replaced in 1992 by the Mondeo. It went straight in at No 2 and stayed in the top three until the turn of the century.

But now it’s clinging on at the bottom of the top 10 and is often outsold by the BMW 3-series. There are several very good reasons for this fall from grace. First of all, if you just want four wheels and a seat, you can buy a Kia or a Hyundai for less than a Mondeo. Second, the small cars that have toppled the mid-range Ford from the top of the list actually aren’t small at all. The Fiesta — Britain’s current favourite — is the size of a London bus. Or is it a jumbo jet? One of the two. Then we have the question of choice. In the Seventies and Eighties, there was no such thing as an SUV, MPV or urban utility vehicle. You wanted a family car, you bought a Ford. It was that simple.

But, most important, Ford has slightly lost it. For the most part it’s out of top-level racing; there are very few image-enhancing boy-racer models such as the old RS2000; and The Sweeney is no longer on television, with Jack Regan in his Granada. Fords were a bit cool. And now — they’re not.

So. The Mondeo — undercut by the Koreans, outclassed in the snob stakes by BMW and losing ground fast to hybrids and Hondas on stilts. It’s not dead yet. But it will be soon, because it’s completely pointless. But here’s the interesting thing. It’s also rather brilliant. The 2-litre TDCi Titanium X model I drove costs £24,395, which means it’s about the same as a BMW 318 diesel. And here in the West, that’s no contest. You buy the BMW and your neighbour will come round in her nightie wanting to “borrow a cup of sugar”. You buy the Ford and you will be expelled from the Rotary club. The Ford badge is in no way a match for the kudos of the Beemer’s. If you were living in the developing world, where common sense rules, it’d be the other way around because the Ford is more economical, more powerful, much more spacious and supplied as standard with a bewildering array of gizmos. All you get on the BMW is a pair of windscreen wipers.

Of course, the rear-drive BMW is a joy to drive fast, whereas the Ford sort of isn’t. It is, in fact, the least sporty car I’ve driven in many years. The engine harrumphs like a petulant teenager when asked to deliver a bit of overtaking oomph and the suspension appears to have been made by the Drifters. You don’t drive this car. You wallow in it. It’s floatmatic. This makes the Ford by far the most comfortable car in its class. Really, you are given a Rolls-Royce sense of isolation from the road. And if you are getting on a bit, I suspect you will appreciate this. The only slight letdown is the front seats. They’re fine when you are going in a straight line, but in a corner there’s very little side support. So you tend to fall out of them a bit, which is a nuisance. On the upside, though, the interior is trimmed in piped leather. Very DFS. And, what’s more, you get a good-sized glove box, two centre cubbyholes and two cupholders. Quite how Ford has managed this when other car makers barely give you even oddment space to store a credit card, I don’t know.

But it’s good. So is the voice-activated Bluetooth connection that controls your phone and comes as standard. It also controls things such as the sat nav when combined with a higher spec command unit that costs £1,750, which is a lot, but it’s by far the best system of its kind. So while I didn’t enjoy driving the Mondeo, I did enjoy being in it. And I enjoyed looking at it, too. It’s a bit like a labrador. Common. Familiar. Not worth a head-swivel. But still one of the world’s better-looking dogs.