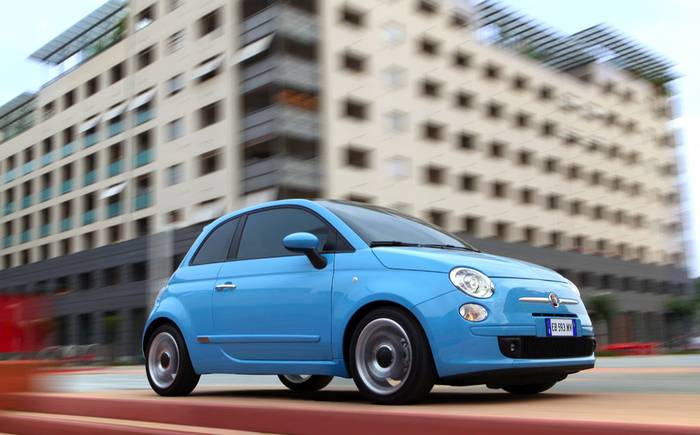 I spent most of last week playing with the new McLaren MP4-12C and I must say that, in a technical, mathematical, commonsense, add-up-the-numbers sort of way, it is extremely impressive. Plainly, it has been designed for the serious business of going fast. And yet there are no histrionics at all. In fact, in road mode, it rides and sounds like an S-class Mercedes. It’s also beautifully made, so, unquestionably, this is a car that you could use every day.

It may even be better than the Ferrari 458, which is not something I thought I’d be saying any time soon. And yet I don’t yearn to own one.

It was the same story with the Bugatti Veyron. Yes, it was a masterpiece, a composite and magnesium firestorm of brilliance, perseverance, engineering persistence and planet-stopping power. But at no time did I ever think: “Crikey. I’d love to have one of these on my drive.”

I experienced much the same sort of thing at Heston Blumenthal’s new restaurant in London the other day. He makes food in the same way that McLaren and Bugatti make cars. The duck is stripped down to a molecular level, treated with exotic gases and then reassembled before being cooked by a team of men who are dressed up like the guards in a Bond villain’s lair. Even the ice cream is made with a sewing machine.

The results are simply spectacular. Without any question or shadow of doubt, Heston’s rhubarb mousse is the second nicest thing I’ve ever put in my mouth, and although the texture of the duck fat was a bit like a quilted anorak that’s been left in the rain, it tasted astonishing. It was a duck plus. A super-duck. A duck Veyron.

And yet, while I admire Heston’s skill and respect his knowledge of food preparation, I’m not sitting here yearning for the day when I can sample his wares again. Did I like it? Yes, very much. Am I glad I’ve tried it? You’re damn right I am. But will the day ever come when nothing but a plate of his bone marrow will do? I doubt it.

I think it’s because, in our complicated lives, we yearn only for the simple. An evening in front of the telly. A nice sitdown. A game of cards. At a drinks party, I can find myself talking to a fascinating and beautiful woman who’s just written a book about something interesting and clever. But what I yearn for is to be in the pub with my mates.

This is especially true of food. When I am struck with a sudden craving, it’s always for something simple: a chicken sandwich, an apple, some tongue or, more usually, a pot of crab spread. It’s never a truffle in a rich jus made from a koala’s ears.

The same can be said of cars. I like the Mercedes SLS, the Jaguar XKR, the BMW M3 and the Ferrari 458 very much. But the car I yearn to own most of all is the Citroën DS3 Racing that I wrote about on these pages last month. And close behind is the little Fiat 500 that you see this morning.

Of course, you are familiar with the 500. Your estate agent’s daughter probably has one. And unless you are James May, the chances are you like it very much. You like the cheekiness and the way it’s both retro and very modern at the same time.

It gets better, because while the Fiat is very similar in concept to the Mini — they’re both fashion statements first and cars second — it is much cheaper. And as a little bit of icing on the cake, here is a car that doesn’t have to be grey or silver like 75% of all other cars on the road. It can be powder blue or egg-yolk yellow or child’s lipstick red. You can even cover it in stickers. And you should.

In short, the little Fiat is a joyous machine that makes you smile, but the car I’m talking about today is different. And better. It’s the new TwinAir, so called because it has an engine quite unlike anything else we’ve ever seen before.

There are only two cylinders, which is not a revolutionary idea. The original Fiat 500 was similarly equipped. However, in the new version, there is no camshaft. Instead, the exhaust valves drive the inlet valves using hydraulics and electronics, and that sounds like the greatest ever solution to a problem that doesn’t exist. But the end result is spectacular.

First of all, there’s the noise. Remember that sound you got when you put a lollipop stick in the spokes of your bicycle wheel? It’s that. Only amplified. It is one of the best engine noises I’ve ever heard. It’s nearly as good as a Merlin.

And then there’s the grunt. Yes, it may be tiny — just 875cc — but it is turbocharged so you get 85 horsepower. That means you can cruise down the motorway with ease. And it takes off from the lights like it’s being kicked into action by Toby Flood.

Certainly, this little car is 10 times more environmentally friendly than the Toyota Prius because it’s smaller and it’s made from fewer parts and Fiat doesn’t have to plunder the Canadian countryside and cause acid rain to make its batteries. With this little car, everybody wins.

I’ve had the car for a week and because I’ve enjoyed the noise it makes so much, I’ve averaged just 38mpg. I got more from the hot Fiat 500 Abarth.

And to make the economy argument even less palatable, the TwinAir costs around £1,000 more than a similarly specced model that has twice as many cylinders. So it’s not cheap to buy and, unless you have the willpower of a donkey, it’s not cheap to run, either.

And it doesn’t matter because, as you sail through central London, flicking V-signs at the congestion camera and beating bikes off the lights and revelling in that fantastic noise, you really won’t care. The 500 is a great little car. And now you can have it with what is almost certainly the best engine … in the world.

Search for and buy a Fiat 500 on driving.co.uk