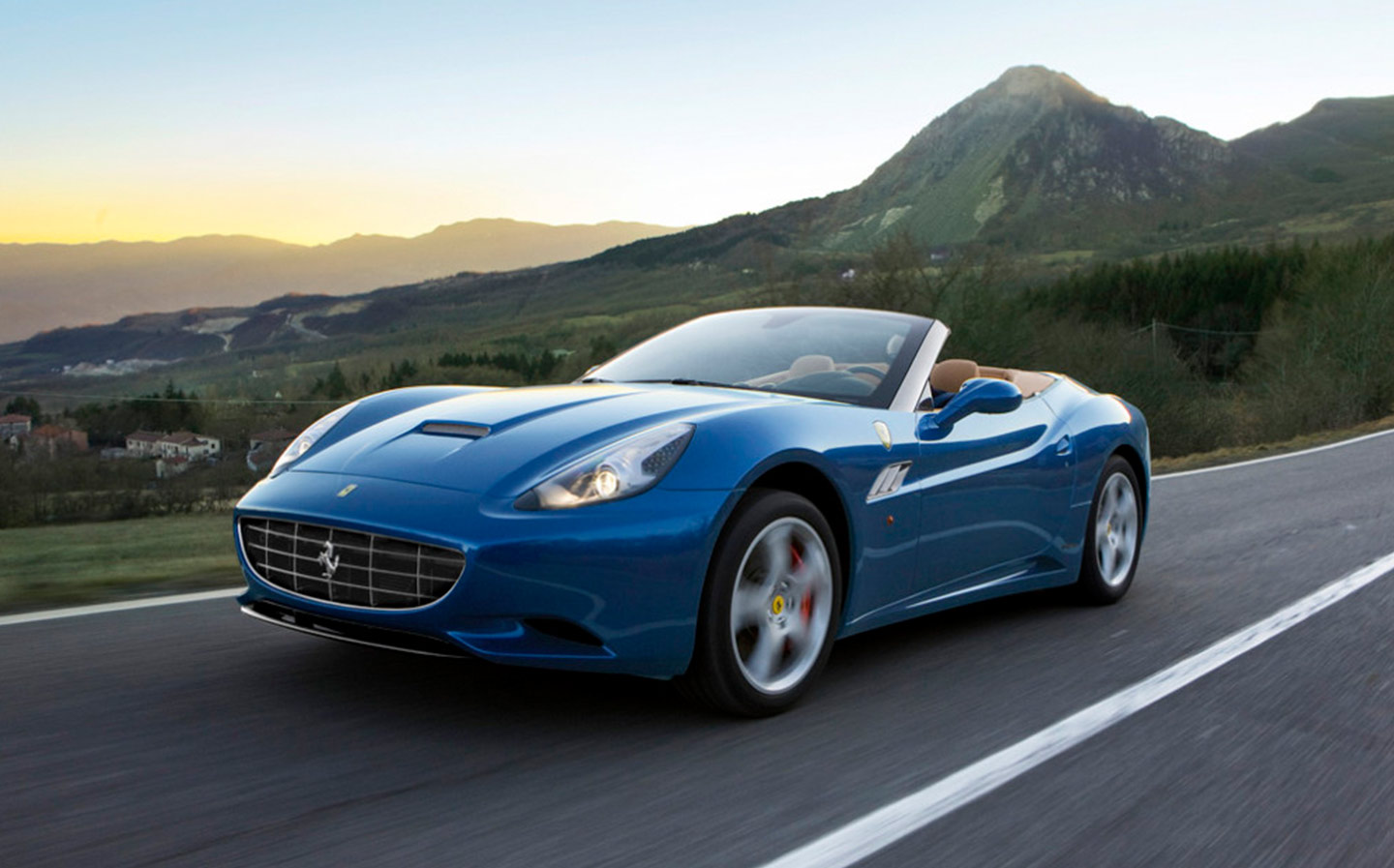 I SUPPOSE we all harbour a secret longing to buy a little sports car — a Triumph TR6, perhaps, that we can use for lunchtime trips to the pub on sunny Sundays. You can picture the scene, can’t you, as you sit outside the Dog and Feather: a pint of Old Crusty Moorhen, a hunk of cheddar and a car park full of people cooing over your wheels. Lovely.

Well, it’d never happen. First of all, there were no sunny Sundays, either this year or last. Which means your little TR6 would now be sitting in the garage with four flat tyres and an equally flat battery. You’re going to get round to fixing it as soon as you have a spare moment. But you won’t.

And even if you do, and even if next summer is lovely, your problems are far from over because you can be assured that, moments before you set off, your wife will invite a friend along. So, with a need for three seats, you’ll end up taking the Vauxhall Astra instead.

Or she won’t invite a friend along and you can take the little Triumph. But then you will have one too many Crusty Moorhens and you won’t be able to drive it home. Which means you will have to pop round to the pub after work on Monday to pick it up, and it won’t start and the tyres will be flat again. And so it’ll sit there till next autumn.

There’s another problem, too. On the once in a blue moon occasion when you do drive your Triumph, it will be horrible and you will hate every minute of it. You will hate the heavy steering, the useless brakes and being overtaken by vans because what passed for power in the 1970s doesn’t cut the mustard today. Driving an old car is like watching an old black-and-white television. And you wouldn’t do that for fun, would you?

The truth is that none of us really drives for fun any more. The roads are too full; the cost is too painful. So keeping a car in the garage for high days and holidays is like keeping a fun pair of scissors. It’s stupid and pointless.

Which brings me on to Ferraris. Over the years, I’ve occasionally entertained the notion that you can use a mid-engined supercar as an everyday commuter tool. But, of course, you can’t. You’re always worried that it’ll be scratched, and it won’t go over speed bumps, and it’s always noisy, especially when you’ve had a hard day at work, and there’s precious little luggage space, and in large parts of the country it makes you look as if you have a first-class honours degree in onanism, and it chews fuel, and you can never use the power, and pretty soon you are twisted into a jealous rage every time you see someone in a diesel-powered BMW 5-series.

A Ferrari is for high days and holidays. It is a special-occasion car. Which means you need another car as well. And if you have something else, that will always be more comfortable and more practical, which means your beloved Ferrari will sit in the garage for month after month, chewing its way through your finances and then not starting on the one day you decide it would be suitable. That’s why the second-hand columns are always rammed full of 10-year-old Ferraris that have only ever done 650 miles. Every one of them is a shattered dream.

You sense that Ferrari is trying to address this. Its cars now come with  200-year warranties and e-zee financing for the servicing costs. Plus, except in the case of the 458, the company has stopped putting the engine in the middle. It has given up on the high-day and holiday supercar and is making GT cars you can actually use to take the dog to the vet when it has diarrhoea.

I particularly liked the “handy” fire extinguisher that was fitted in my car. It came in a little suede fire extinguisher cosy and cost £494. I like the way Ferrari makes it so precise. If it charged £500, you’d think it was taking the mick, but because it’s £494, it looks as if it has been carefully worked out. And it’s the same story with the Ferrari badges on the front wings. They are not £1,000. They are £1,013. Of course they are.

Then there’s the new handling pack. At £4,320, this gives you faster steering and a more aggressive feel. In theory. Mainly it’s been made available to convince those who bought a California a year ago that they really should do a part-exchange deal (I wouldn’t bother).

Anyway, while the price list may be daft, the car is not. There’s a V8 engine at the front and a boot at the back into which the metal roof folds away. In terms of layout, it’s the same as a Mercedes SL. Except that in the Ferrari the rear parcel shelf can be disguised to look like a seat. It isn’t. Unless you are an amoeba.

It also goes like a Mercedes SL. Recent power upgrades mean you now get 483 brake horsepower. Which is a lot. But it’s not stupid.

Inside, it’s straightforward too. This is one model in the Ferrari line-up that has conventional controls for the wipers and lights. The steering wheel is used to house only the simple three-way mode selector, the starter button and, in my test car, a series of red lights warning you that it might be time for a gearchange (an amusingly priced £4,321 option).

It has a sat nav you can understand and a Bluetooth system that can play your music. There’s no lunacy at all in the way this car works, and once you’re out of town, the flappy-paddle gearbox is an utter delight.

Don’t be fooled, though, because, despite everything, this is still not an everyday car. And not just because the exhaust is like a dog that has to have the last word. It never, ever, shuts up.

No. The main reason you wouldn’t want to use a California every day is that it feels so incredibly special. It doesn’t feel like any other car. It communicates with you in a different way. It feels . . . like a Ferrari, which means it feels lighter, more darty and more aggressive than even the lightest, dartiest and most aggressive of its rivals.

It’s a mistress, not a wife. You know that it could cook and sew but you wouldn’t want it to do those things. It would be all wrong. If this car knew what underwear was, it wouldn’t wear any.

I loved it massively. I’d love to have one. But if I were going to buy a car I’d never use, I’d rather go the whole hog and have a mid-engined, high-day 458 Spider. Granted, it’s more expensive than a California, but there’s a reason for that: it’s better to drive, and as you walk past it every morning to get into your Range Rover, you’ll note it’s quite a lot better-looking as well.