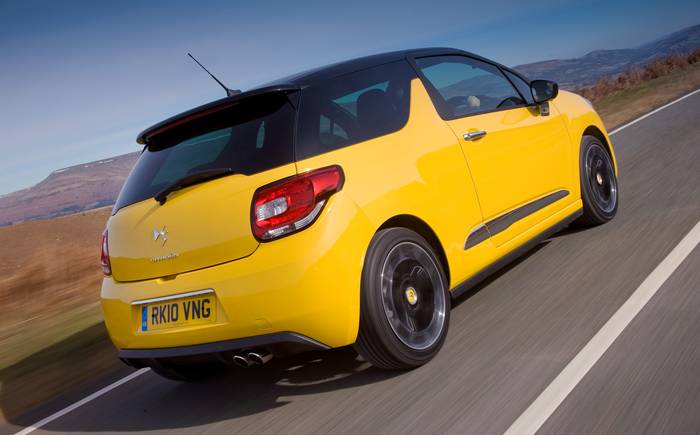 My review this morning is powered with hindsight. You see, when I first drove the new Volkswagen Beetle, I thought it was a very clever idea: to clothe a Golf in a modern interpretation of the old Beetle. And garnish the finished product with a vase. I still think the vase was a good idea. I like the idea of having a small bunch of forget-me-nots in the car. It goes well with my Will Young CDs.

But I’m afraid that the idea of raping the past to feed the future will inevitably lead us all into a cul-de-sac. No, really. If all we ever do is reinvent what’s gone before, progress will end. See the Jaguar S-type for details …

And quite apart from the aesthetic debate, I wonder, really, if it was a good idea to bring back a car as nasty as the Beetle. That it sold in such vast numbers — 21m were made — is not testament to its design brilliance so much as to the average customer’s stupidity. The engine was in the wrong place, the rear suspension was a recipe for disaster, air is not as good a cooling agent as water and the shape is all wrong.

Pretty much what you’d expect, really, from a car designed in part by Hitler. I realise, of course, that the new Beetle has been plagued with none of the original’s design flaws. Its engine is water-cooled and in the front, the suspension is normal and it wasn’t designed by a Nazi. But it is built by Mexicans. And I’m sorry but they can’t even make a plate of mince properly so what possible chance do they have with a wiring loom?

And, puh-lease, let’s not get sidetracked by Herbie, shall we. Herbie was a menace. A car with a mind of its own. No one wants that. Or we’d all have Alfas. Of course, we have the Mini and the Fiat 500 as rivals to the Beetle. I like both of them very much. But what will their replacements look like? Modern interpretations of, er, what exactly?

Designing a car to look like something from the pages of history is not sensible. It would have been like designing a CD player to look like a turntable. Why would you do that?

And that brings us nicely to Citroën’s new DS3. Does it look anything like the original DS? No. Are there any hints of the 2CV? Absolutely not, and we can all thank our lucky stars for that. Wisely, Citroën decided to look to the future and in doing so it has created motoring’s equivalent of the iPod. And what makes the achievement so notable is that the DS3 — there was no DS2, by the way — is closely based on the rather dreary C3. I’m not just talking about the bits you can’t see, either. The windscreen, the front wings and the bonnet are all shared, too. I’ve looked hard and you absolutely can’t tell. Partly, this is because of the wildly kinking B pillar. Partly, it’s because the roof is a different colour and appears to be floating on a sea of glass. And partly it’s because the car I tried was egg yellow.

The combination of all this visual stimulation means this car is like a Mexican’s chilli-infused lunch. Sweating and with crossed eyes, you don’t notice that you are eating a rat’s bladder. It’s much the same story with the way the DS3 drives. The sensible, rational part of your mind tells you that it must be like the standard C3. It’s the same car. So it should feel like you are driving around in Eric Pickles. And, sure, the gearbox is a bit gratey, and you do tend to pitter-patter over crappy road surfaces in a most un-Citroën-like fashion. But, thanks to a few tiny tweaks to the steering and suspension, the DS3 feels like a Mini. It feels brilliant.

The only other car I’ve ever wanted this badly before I drove it was the Aston Martin DB9. And that’s before Citroën brings out a 193-horsepower DS3 “racing” version later in the year. I want that more than I don’t want lung cancer.

If I could single out one thing on the car I drove, I’d go for the engine. It’s the same 1.6 you find in various Minis and Peugeots but it seems to work best of all in the DS3. It revs like a Magimix chewing on nothing but consommé and, thanks to its 150bhp, 0-62mph is dealt with in just 7.3 seconds.

This morning the sun was shining and, for the first time in ages, I went for a drive. Remember those? When the purpose of your journey was the journey itself? It was worth it. There was no torque steer, and there wasn’t so much power that I went into every corner with puckered buttocks. Everything just felt perfectly in tune with everything else.

Except for the satellite navigation system. I don’t know what happened but I pressed a button, it went off the screen and because I didn’t have my glasses I couldn’t get it back again.

Perhaps it isn’t very well screwed together but it feels that way because it’s so quiet. Unlike a Fiat 500, this is a car in which you could do long distances, no problem at all. And unlike a Mini, it has space — just about — in the back for teenagers. I even liked the dashboard. It’s completely mad and at a glance you can’t work out what anything does or what the dials are saying — you could very easily run out of fuel, for instance.

But compared with the dreary, plasticky, home-brand, low-rent rubbish you find in most hatchbacks these days, it comes as a joyous change. But here’s the thing. The car you buy needn’t be anything like the car I drove because the range of aesthetic options beggars belief. To understand what I’m on about, you should visit Citroën’s website and spend some time playing around with its car configurator. You choose the engine — you can even have a diesel that does more than 70mpg — and then you can spend hours selecting bits of trim and colour combinations. You can choose what colour roof you’d like and whether you want it finished in a zebra-skin pattern. You can select a carbon-fibre-look dash or one in white. Same goes for the gearlever, and even the air freshener. How funky would sir like the wheels? Slightly or very? Quite how the production line is geared up to cope with such a massive range of options, I have no idea. But then I don’t care.

Will Citroën lose money as it tries to accommodate everyone’s wishes? I have no shares in the company so I’m not bothered. All I know is that when you’ve finished designing your car, and it’s there on the screen with its chromed door mirrors and its zebra roof and its yellow seats, you just think: “I don’t care how much that costs; I must have it. I must.”

Ah, yes, cost. It’s tricky, of course, because of those options. Prices start at £11,700 and rise to £15,900 for the car I was driving. But “start” is the operative word here. By the time you’ve finished making merry on the internet, you’ll probably add £1,200 to the base cost. That would make the DS3 more expensive than a Mini. And that’s fair enough because this is the best of the small cars by a very, very long way.