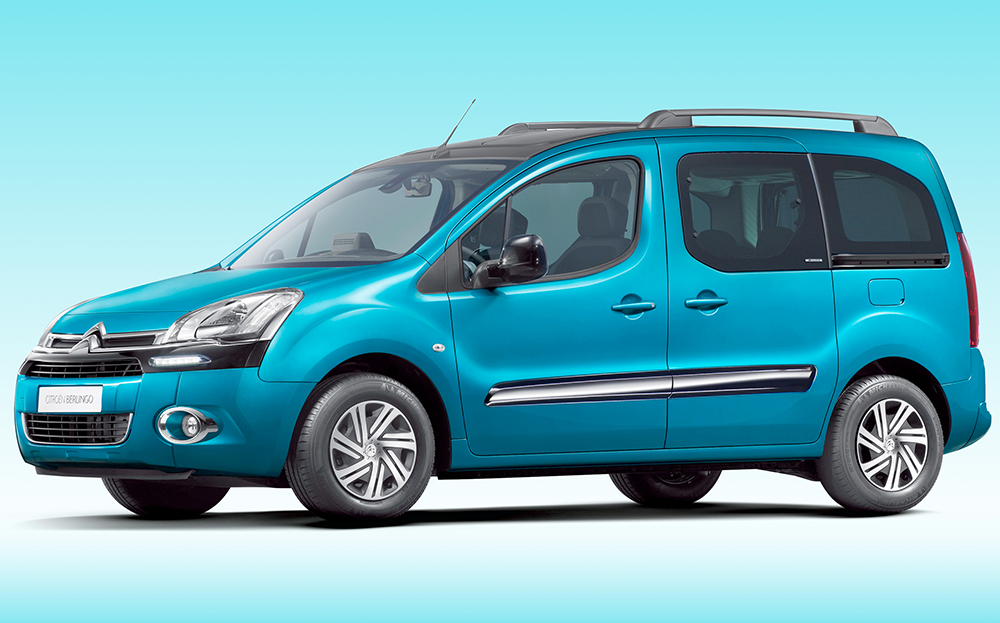 ELEVEN years ago I had the most brilliant idea for a new car-related television programme. It would be based in a hangar, it would be presented by four people, including a racing driver who would never speak, and — this was the clincher — it would show only real-world family cars, driving around on the roads of Britain. No silly Ferraris. No expensive foreign travel. No blue skies. I was most insistent on all of that.

And so it was that in the very first feature on the very first show on what would be called Top Gear, I drove a Citroën van under leaden skies through Kent. I was very pleased with the results, and so were the commissioning editors of the BBC, because figures showed that more than 3m people had tuned in.

Later, other people suggested that we should perhaps ease up on my strict rules about foreign travel and Ferraris. And with a heavy heart I acquiesced. Mainly to demonstrate, on television, that their ideas would never work. So we started driving over the Andes and racing light aircraft across the Alps, and now up to 380m people tune in every week, making it the most-watched television show in the world.

Very often people write to me saying we should revert to the days when we reviewed the sorts of car that people actually buy, but, armed with the power of hindsight, I can now see exactly why this doesn’t work. Because in any given week a hundred people might be interested in the new Volkswagen Golf diesel, meaning that 379,999,900 aren’t. Whereas a Ferrari power-sliding through a volcano? Pretty much everyone wants to see that, pretty much all the time. Plus, of course, it means I get to live your dreams.

In any given week a hundred people might be interested in the new Volkswagen Golf diesel. . . whereas a Ferrari power-sliding through a volcano? Pretty much everyone wants to see that, pretty much all the time

This morning, however, I’m living your reality, because I’ve gone full circle and arrived back at the aforementioned Citroën van. It was called the Berlingo and I said at the time that it was pretty damn good. The idea was simple. The manufacturer had taken a van and then fitted back windows and seating in the rear to create what was a very practical, supremely comfortable and extraordinarily cheap family car. Yes, it looked a bit ungainly, but if memory serves, it was about £9,000 — way, way less than VW was asking for a more cramped, less versatile Golf.

Since then I’ve been jolly busy drifting Bugattis and driving to the North Pole and hurtling across Botswana under clear blue skies, and I’m afraid I’d rather forgotten about everyone back at home trundling to the shops and back every weekend in a Berlingo. Until now. Because I’ve spent the past week with the latest version and, ooh, it’s grown up.

Now. If we apply the modern-day Top Gear rules to this road test, I’m afraid this van-ness is going to be a problem. Because the Berlingo understeers as though it had no steering wheel at all, and there is a great deal of driveline shunt. However, I have a sneaking feeling that if you are interested in a car of this type, you will have no idea what understeer is and you will imagine that driveline shunt is something that is only ever encountered in Fifty Shades of Grey. 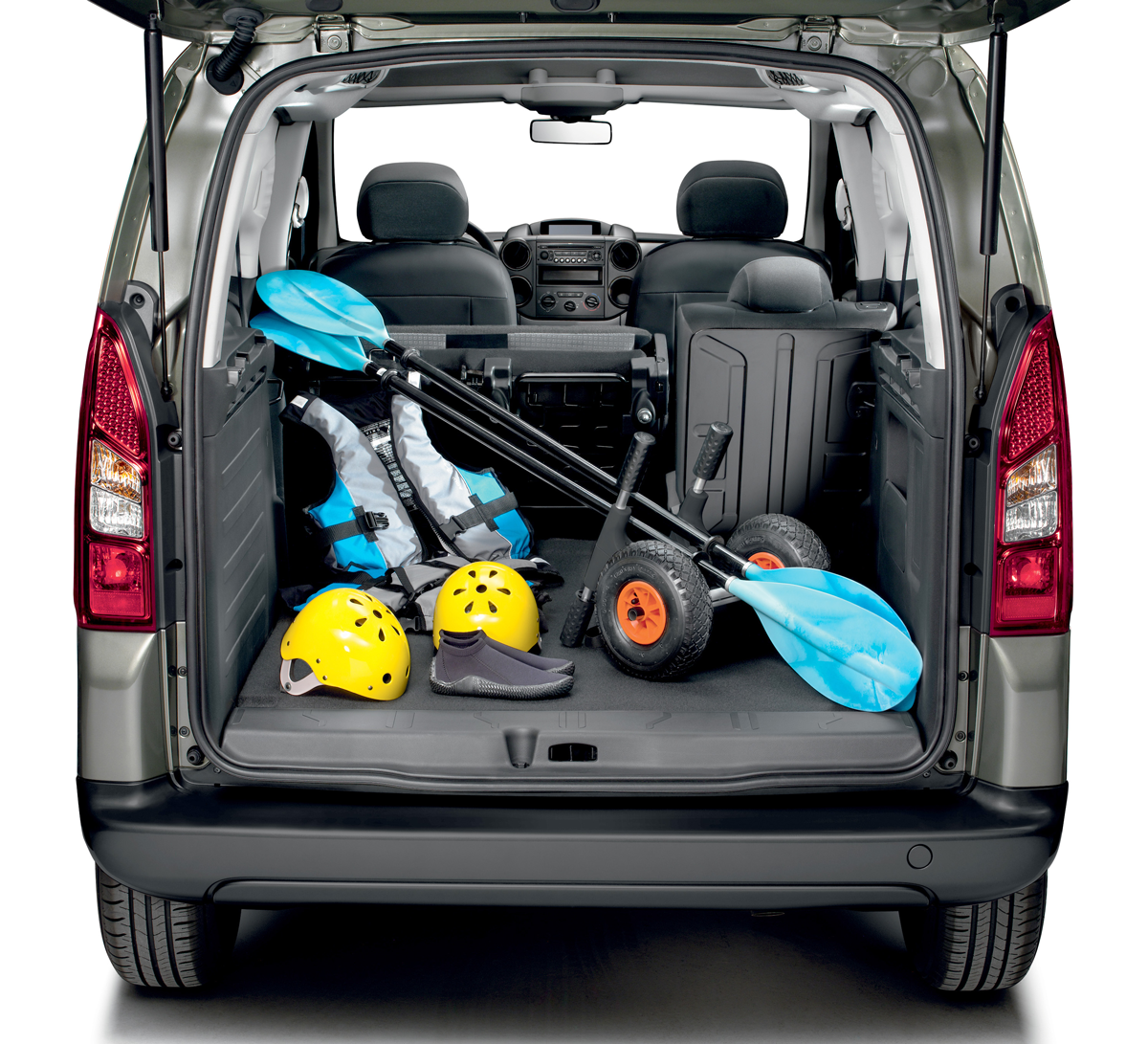 You will also not be the slightest bit bothered to hear that there’s no red line on the rev counter. “So what? I have ears. And they will tell me when it’s time to change up.” They sure will, because when you approach 4000rpm the noise is so loud, it causes all dogs within 30 miles to faint.

Criticising this car for its lack of ability to thrill, though, is like criticising soup-kitchen sandwiches for lacking lemon grass. This is emphatically not a car for enthusiasts. It would not be capable of getting around the Nürburgring, mainly because by the time you reached the Carousel corner, you’d have died from old age — 0-62mph takes 12.1 seconds, for crying out loud. However, I’m talking now to the 99.9% of people who are not heading out to the Eifel mountains next weekend, and who do not have to leave half their tyres smeared all over the road to feel as though they’ve circumnavigated a roundabout properly.

And still, the Berlingo appears to make sense. Its styling may be writing cheques its underpinnings can’t cash, but in several important areas it is superb. First of all, it is easily the most comfortable car any money can buy this side of a Rolls-Royce Phantom. Precisely because Citroën has made no attempt to make it sporty, it simply glides over potholes and speed humps.

It’s susceptibility to crosswinds means you don’t just have to hold on to the wheel on a blustery day; you have to wrestle with it, as if it’s a bear and you’ve just trodden on one of its cubs

There’s more. As I’m sure you know, children tend to open the door when the car stops without bothering to see if a cyclist is coming. Well, the Berlingo has sliding side doors, which means our wizened chum in his Lycra romper suit is not inconvenienced at all.

Around the back, the massive but light boot lid opens to reveal enough space for a whole pack of hounds, though if you want, you can simply open the rear window instead. In the cockpit there is a mass of bins and trays in which you can put all the stuff that accumulates in a family car, and lots of real-world clever thinking that makes the Berlingo more in tune with the needs of more people than just about any other car out there. It was always thus.

Yet there are one or two small problems that matter. The pillars are so thick that it’s hard to see at junctions. Of course, this isn’t an issue when you’re in a van, because it’s not yours and there’s nothing of any value inside should you pull into the path of a bus. But when the van is a car, it is yours and there are children in the back. Equally annoying is its susceptibility to crosswinds. You don’t just have to hold on to the wheel on a blustery day. You have to wrestle with it, as if it’s a bear and you’ve just trodden on one of its cubs.

And now we get to the vexed question of price. Citroën obviously knows it’s vexed, which is why the actual cost of the car — the single most important fact — is not listed in the press pack. But I’ve managed to find it. And for the top-of-the-range 1.6-litre HDi 115 XTR that I tested, it’s £16,795. You can have a normal car for that.

It gets worse, because sat nav is an extra £750, air-conditioning is an extra £650 and a “family pack” with a third row of seats is £845. And so it goes on. I’m afraid, then, that the principal appeal of the original Berlingo is gone. This new version is soup-kitchen food at four-star restaurant prices. Yes, it’s extremely practical and extremely comfortable. But that simply isn’t enough.