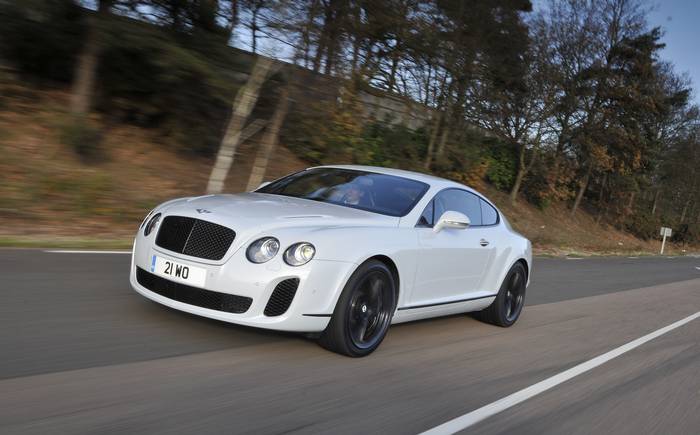 Blackpool out of season is not very nice. Everything’s shut, apart from a few forlorn amusement arcades that are populated only by a handful of reeling young men, entertaining Wayne on his stag night while Shaz is back at home, having an elasticated panel sewn in to the front of her wedding dress.

It’s raining, too. Still, the drive back home would be even worse. This is because Blackpool is connected to England by the M6, which, right now, is subjected along almost its entire length to a camera-enforced 50mph speed limit to protect the workforce … which isn’t there. It’s busy, too, and I don’t know why because none of the towns advertised on any of the signposts seems like the sort of place anyone would want to go. Preston. Congleton. Stoke.Newcastle-under-Lyme. Stafford. It’s a rolling stream of mediocrity, drizzle, tracksuits and mind-numbing boredom. I’m surprised more people who are forced to use the M6 don’t just drive into a bridge parapet and end it all.

But apart from one bit of Birmingham, which looked like Calcutta, you never see a greengrocer. Or a butcher. The retail parks have raped the town centres of business and the shops have been taken over by rubbish restaurants selling fat. And you never go more than 4mph. You crawl along, with the wipers beating time as your life ebbs away, listening to dreary radio presenters hosting quizzes for stupid people. And then you’re back in the retail park zone and then you’re in the next town and it’s just the same. It’s all first and second gear. And the only adrenaline rush comes when your front nearside wheel drops into a pothole so deep that you think you’re going to end up in Australia. And it’s still raining. And there still aren’t any greengrocers.

At one point I wound up on the road from Stafford to Stoke, which has more speed cameras than any other stretch in Britain. So even though you could do 100, you can’t because Gordon Brown will help himself to what little money you didn’t give to Stavros in the kebab shop last night. It was all very, very horrible.

And that brings me on to the Bentley Continental Supersports, which I drove back from Blackpool. This is a lightened two-seater version of the standard car with a 6-litre 621-horsepower twin-turbo W12 engine, a top speed of 204mph and an ability to get from 0-60 in 3.7 seconds. It is a big car. Sitting on the thin, quilted seats, even I was unable to see where it started. And until I was going fast enough to warrant a spoiler rising from the tip of the boot, I couldn’t see where it finished, either. So, it’s very fast, very big and very loud. Not loud in an AMG lion-in-the-tailpipe sort of way. It’s actually quite quiet, unless you’re a dog, in which case you will probably find the bassy throb rather annoying.

No, I mean that with its black wheels and lilac paintwork, it’s loud to look at. This is a drawback when leaving Blackpool because, as I headed for the M55, there was a long queue of cars in the left lane and none at all in the right. So I went down the right, only to find after a while that I had to filter into the queue. Had I been in a 1992 Ford Orion, this might have been possible. But in the north, in a £166,000 Bentley, with personal plates, at a time when the Daily Mail is insisting it’s morally wrong to have any money at all: well, you’ve pretty much had it. Everyone is going to pull on a pair of imaginary blinkers and pretend you’re not  there.

It’s so quiet and so planted. If it were possible to do 170mph, then I can think of no car I’d rather be in. But it isn’t possible to do 170mph /Jeremy Clarkson No matter. Using a this-is-not-my-car barge, I made it into the correct lane and onto the M55, where I unleashed the beast under the bonnet. The engine shot up to, ooh, it must have been 1750rpm and by then I was doing 70. And that, pretty much, was the fastest I went all the way home.

Life was a bit better in Cheshire, where everyone gave it the thumbs up and wondered if they could afford such a thing if they sold their tanning salon. But then I was back in the Labour heartlands, losing David Cameron votes with every overtaking manoeuvre. On the final leg, through the Cotswolds, on the normal roads, things looked more rosy. The rain had stopped. It was late and traffic was light. An ideal time, then, to have some fun. But driving a car as big and as heavy as this with gusto and spirit is like trying to do needlework with a hammer. There’s so much of everything — speed, mass, power and grip — that most of the time it’s all a bit frightening.

Eventually, I was home and I had one last chance to take stock of the car that had borne me there. It’s no beauty, the Bentley  Continental, and in Supersports trim it’s no better. Think of Margaret Beckett in a sequined leotard. I did. And why doesn’t it have a back seat? This will be very annoying when you are asked to give people a lift; having Fingal’s Cave at your disposal but nowhere for anyone to sit in it. And why? For an extra 1mph and another quarter of a mile to the gallon.

Speaking of which, the Supersports can run on bioethanol. Which is fuel made from rhubarb or something. Bentley has used spurious maths to try to argue this makes it green in some way but that, I’m afraid, makes me laugh. It’ll make you cry, though, when you see how fast the fuel gauge drops. And you really can see that happening.

So. It’s not good-looking. It’s not much fun to hustle, it’s big, heavy, vulgar and very expensive. And everyone outside Cheshire will hate you on a cellular level for owning it. There’s more. On the M6 toll road, you can feel that this is a monstrously capable car. It’s rock solid. The enormous power from that enormous engine is fed to all four wheels and exactly the right 360 amount of feel comes through the beautiful Alcantara steering wheel. If it were possible to do 170mph, then I can think of no car I’d rather be in. Not just because it’s as fast as and more comfortable than an Aston Martin DBS or a Ferrari 599, but  because it’s so quiet and so planted.

But here’s the important bit. It isn’t possible to do 170mph any more. Time was when you could blast across France to the Alps or St Tropez at whatever speed took your fancy. But now? Not a chance. Nicolas Sarkozy will want all your money if you even try.

I’m not saying there’s no market any more for fast cars. There is. Round where I live, there are plenty of roads where I can go very fast indeed. It’s the same story in bits of Yorkshire and Wales, too. But there is no need for a car that is only good, at speed, on a motorway. Because on a motorway the one thing you can’t do any more is go fast. So the Bentley, then, is built to do something that isn’t actually possible any more.