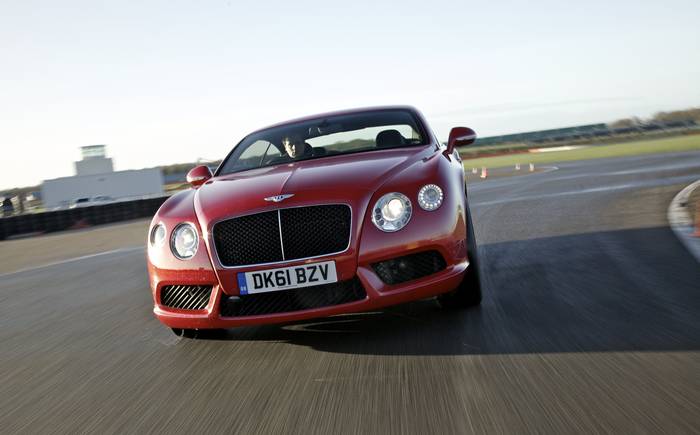 I’m in northern Sweden — really northern Sweden — slap bang in the middle of Europe’s last great wilderness. For 300 miles in any direction there is nothing but fir trees and snow. Very late in the morning the sun heaves itself above the horizon, hovers for a moment and then slumps out of sight again. It’s pale, the colour of custard, and entirely devoid of warmth. It’s cold here. Really cold. And I absolutely love it. I love the crisp whip crack of a Scandinavian winter morning; no matter how many beers you’ve drunk the night before, even the most savage, lightning- bolt hangover is swatted into history by the dry, needle-cold crispness. I love the endlessness of the sky. I love the jumpers. I love the way everyone is so tall. But most of all I love the way that people up here drive their cars. I was picked up yesterday at Lulea airport by a man in a van. Ahead lay a four-hour journey into the middle of nowhere.

“We’ll do it in three,” he said, slewing out of the short-term car park and pointing the nose of his Sprinter north. He was wrong. By travelling at a steady 80mph, we were at the hotel in just 2½ hours. What makes this remarkable is that while the snowploughs had cleared the roads of drifts, they were still covered in a 4in veneer of sheet ice. In Britain such conditions would have had Sally Traffic urging everyone to stay at home and not venture out unless the journey was “absolutely necessary”. But in Sweden my man in a van drove as though it were mid-summer in Corsica. Occasionally he’d have to put his mobile phone down for a moment to correct a small tailslide, but you could see in his eyes the road surface was of absolutely no concern at all.

Search for and buy a Bentley Continental GT on driving.co.uk

Small wonder the world of motor sports is littered with people from these parts. Of course, you’ve heard all this before. How the Swedes are born with an ability to deal with an oversteer. That they can drift before they can walk. But I’ll let you into a little secret. The Swedes crash. A lot. Last night I saw two trucks in ditches and a car that had hit a moose — messy. Especially for the car. This morning I watched the driver of a BMW X3 struggle for 20 minutes to retrieve his hapless little box from a drift before a kindly soul in a passing Mercedes offered to give him a tow. Eventually the Beemer popped out of its icy trap like the cork from a well-shaken bottle of Moët and rocketed backwards straight into the side of the Good Samaritan’s Merc. I tried not to laugh but it was impossible. In fact, I laughed so hard the membranes around my brain came out of my nose.

I admire the Swedes for the stoic way they continue to go about their business. How they dismiss prangs as part of the price you pay for living among the Arctic foxes and the wolves. But let’s dispel any myth that they have superhuman gifts behind the wheel. Because they don’t. Oh, and while we’re at it, can we stop pointing the finger at local authorities in Britain for never being ready when the snow comes? That’s the same as pointing the finger at the highway people in northern Sweden for not being ready to deal with a swarm of locusts. And can we also pause for a moment to think about the real benefits of four-wheel drive. If it were necessary in inclement weather, the Swedes would have embraced it warmly as a tool for masking their perfectly ordinary driving skills. But they haven’t. You rarely see an off-roader up here. Mostly they drive what people drive in Leamington Spa.

Which brings me rather clumsily to a new version of the all-wheel-drive Bentley Continental, a car I have never liked very much. The first car I drove was my grandfather’s Bentley, and it was a joyful experience, sitting on the old man’s knee, steering that vast bonnet around what was then the Socialist Republic of South Yorkshire. It should therefore be a brand that makes me feel all warm and fuzzy. It doesn’t, though, because in recent times the Bentley has been hijacked by Paris Hilton and Wayne Rooney and others of a vajazzle persuasion. When I heard that the Manchester City player with the Brazilian on his head had recently had eggs thrown at his car during a night out, I knew immediately what sort of car it would be. And I was right.

Mario Balotelli drives a Continental. Of course he does. There’s more. This is not a car that claims to be especially fast. Nor is it designed to be especially sporty. So why does it need a huge, twin-turbocharged 6-litre W12 engine? I’ll tell you why. So that the people who buy it can boast about it to their friends down at the Dog and Footballer: “You’ve only got a V. I’ve gorra bloody W.” Well, in the new model it’s gone, and in its stead there’s a lighter, nimbler, sportier twin-turbo V8. It’s loosely related to the engine you’ll find in the new Audi S8, only in the Bentley it sounds dirty. As though it smokes 60 a day.

It is a glorious sound. And many times I cracked the double-glazed side windows to revel in its earthiness. It hasn’t only transformed the way the car sounds. It’s also transformed the way it feels. I’m not going to call it chuckable, but it’s way, way better than Mr Rooney’s house brick. And way, way more economical, too. Wayne will get 17mpg if he’s lucky. The new car will do 27mpg. Of course, you may imagine that with 2,000 more cubic centimetres and four more cylinders, Wayne and Paris are going to leave you far behind at the lights. Not so. From rest to 60mph the new car is hardly any slower than the W12 version, and at the top end it’ll still nudge 190mph. What’s more, it makes a better noise, it’s more fun and it’s more economical. And £12,000 cheaper. Inside, it’s much as you’d expect. Quilted leather, heater knobs that appear to have been mounted in honey, a dash made from turned aluminium and electronics from that endless well of common sense, Volkswagen.

It’s strange. All the things I hated in the big-engined car, I found myself liking in the new one. Four-wheel drive? Used to be pointless. Now it’s just right and exactly what’s needed. The overly sensitive parking distance control? Used to drive me mad. Not any more. The weight? Ridiculous. Now? It’s excellent — it makes the car feel solid and planted.

I suppose it’s a bit like, say, Derby. On a grey, wet, chilly day, it’s the worst place on earth. But change the sky to blue and all of a sudden it’s lovely. That’s what happened with the Continental. One detail has changed and it’s made everything seem better. Except the styling. I’m sorry, but to look at, this car has all the appeal of a gangrenous wound. I’d sooner put the headless body of a moose on my drive. Bentley needs to address this soon, and while it’s on the subject it also needs to do something about its brand ambassadors. In short, the next time a Manchester-based footballer steps into one of its showrooms, the company should give him a cheque for £200,000 and tell him to buy something else.

Search for and buy a Bentley Continental GT on driving.co.uk