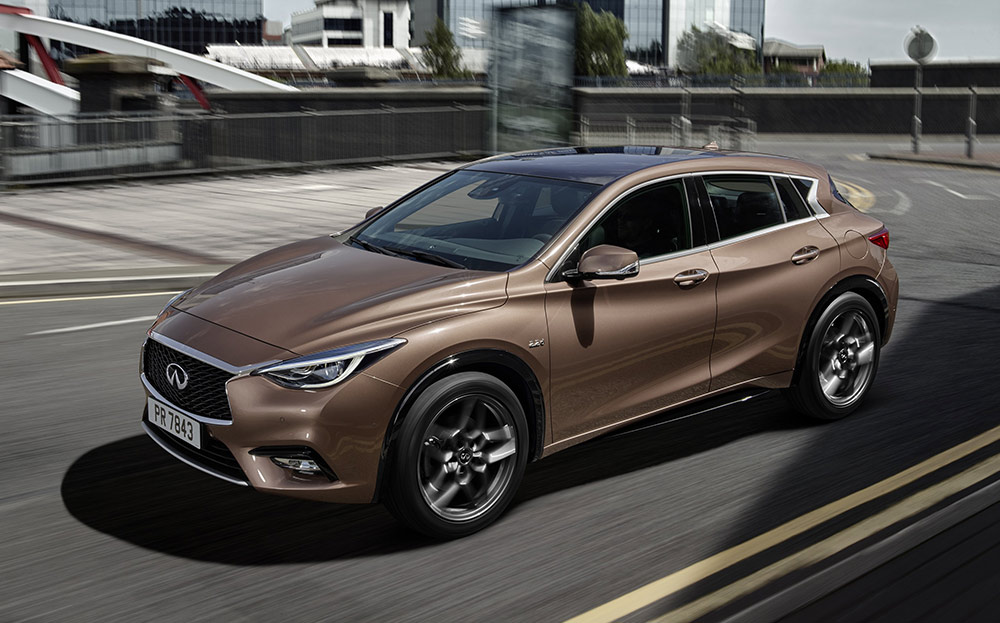 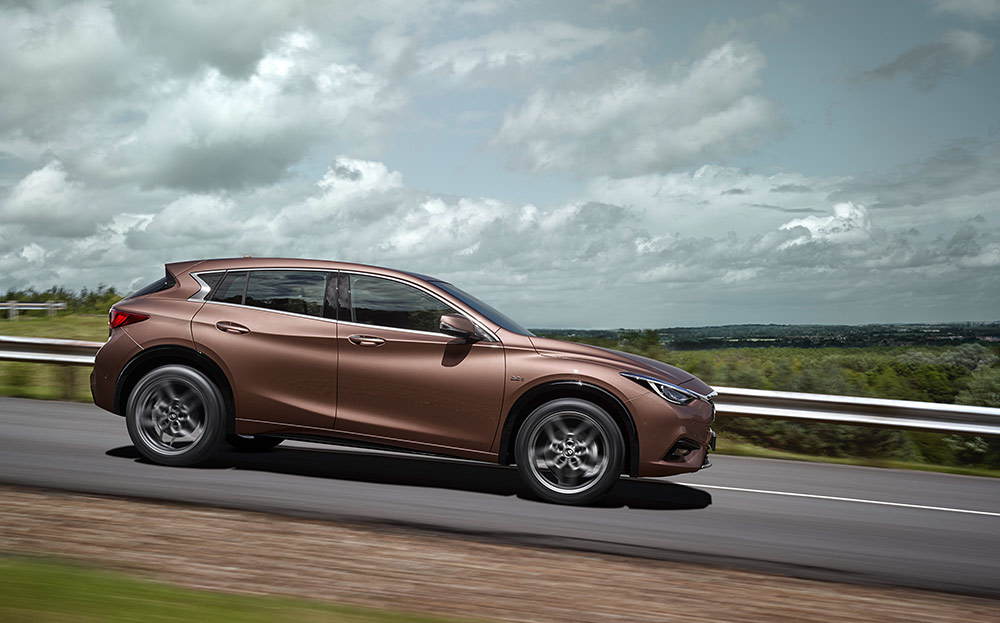 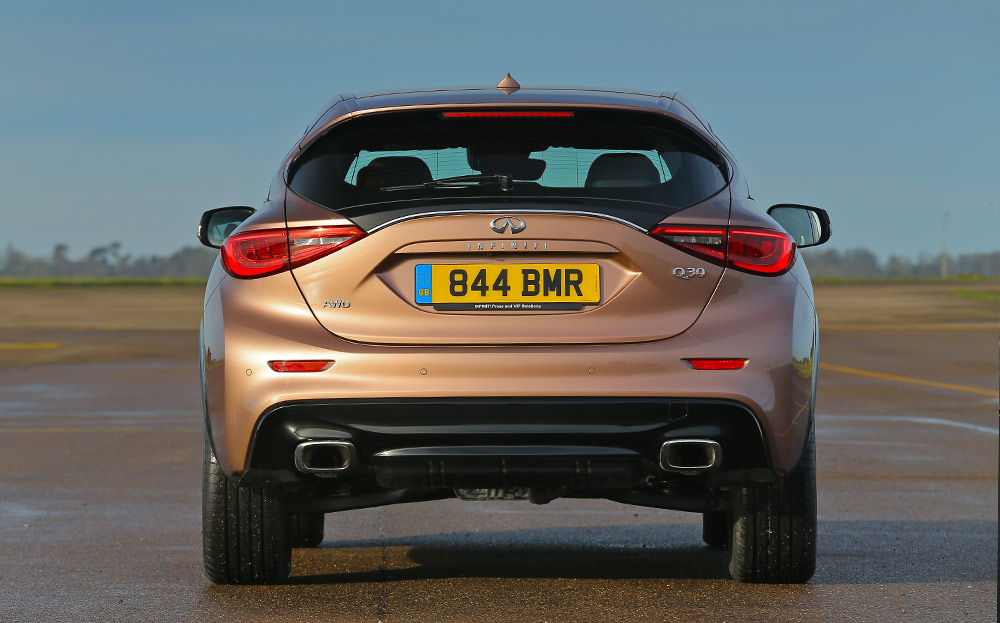 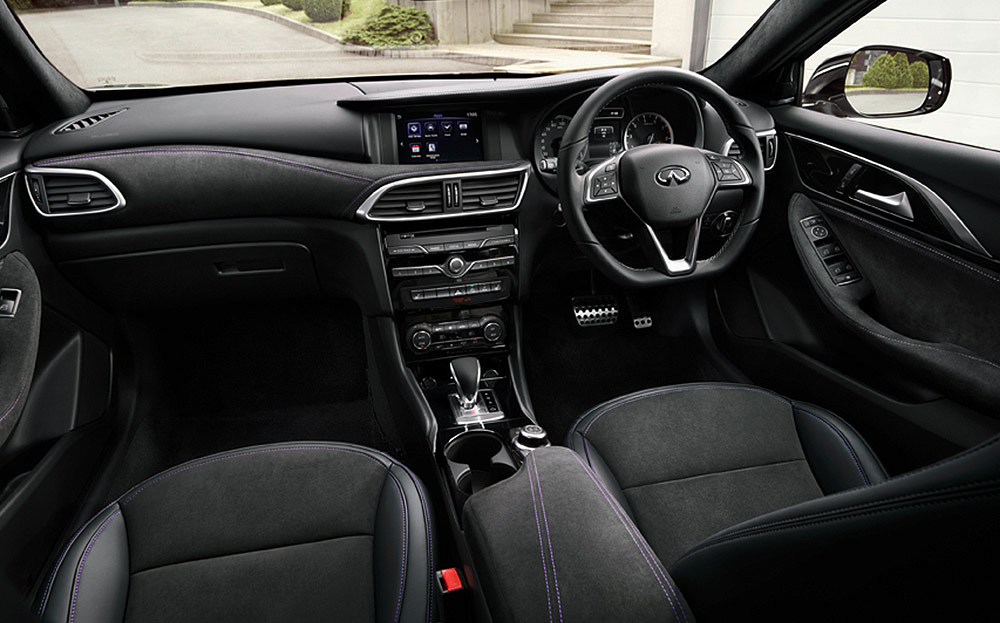 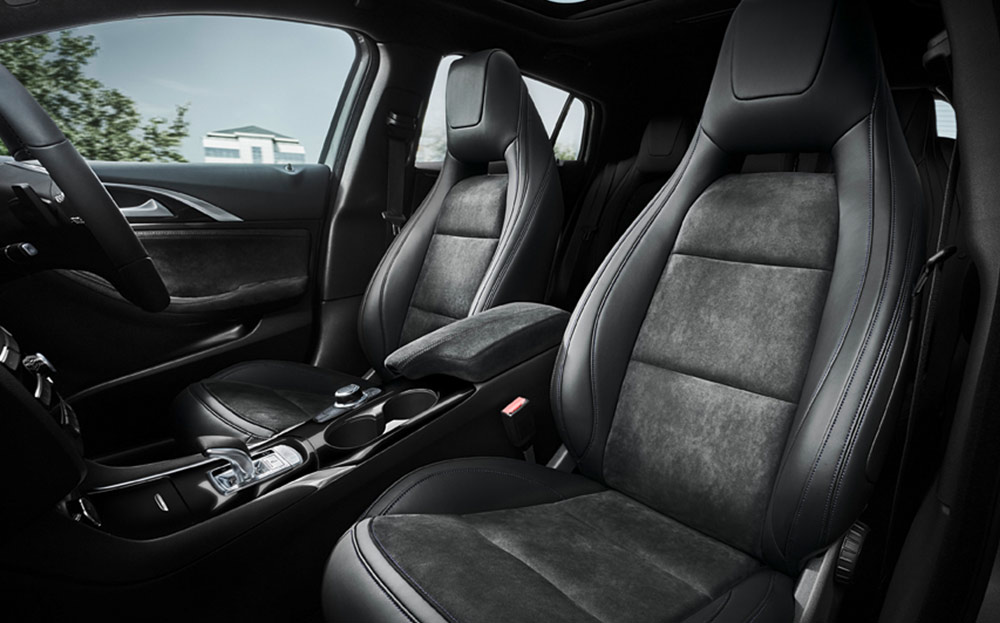 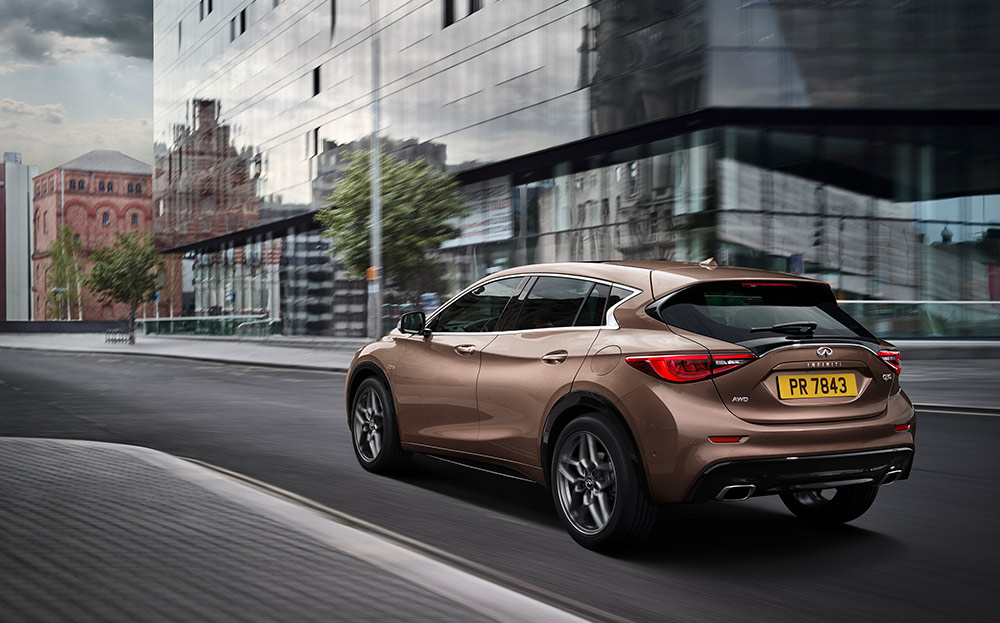 ONCE, WHEN I worked for the BBC’s Midlands division, I was invited to the opening of what was billed in the promotional pamphlet as “Birmingham’s biggest restaurant”.

And I remember thinking: “Hmmm. I’ve heard of people saying they’d like to go out in the evening for an Italian or a Chinese. I’ve heard people say they’d like to eat somewhere intimate or cosy. But I have never heard anyone say, ‘What I fancy tonight is eating out in a restaurant that’s really big.’ ”

All of which brings me to the car you see in the pictures this morning: the Infiniti Q30. Which is going to be at the top of anyone’s list if they’re after a Mercedes A-class that is built in Britain, badged as an upmarket Nissan and fitted with the diesel engine from a Renault.

View the Infiniti cars for sale on driving.co.uk

I’m not sure, however, I’ve met anyone who has this list of criteria when they’re choosing a new vehicle. A safe car, yes. Or a fast car. Or a car that’s green. But never has anyone ever said to me: “Jeremy. I want a Mercedes, but I’d like it to be a bit more Japanesey with a clattery French heart. Oh, and can it be built in Sunderland?”

The Infiniti sounds a complete mess: a car that’s been hurled together by the marketing and accounting departments from various companies in Yokohama, Stuttgart and Paris. And that works about as well as a starter made from sauerkraut, a few bits of sushi and some powerful bouillabaisse. But who knows? Maybe it’s brilliant.

Or maybe it isn’t … The Infiniti brand has not been what you’d call a runaway success. It was designed as a halo for Nissan in the same way as Lexus is a halo for Toyota and Acura is a halo for Honda in many parts, and while the idea is sound, the cars have always been ho-hum and have been sold only to people in America who were too interested in food and the baby Jesus to notice that their shiny new set of wheels was a tarted-up, half-arsed Datsun.

To try to boost the name a little bit, Nissan got its partners at Renault to slap the Infiniti brand on the Red Bull Formula One car — Renault made its engine — but that was desperate and tragic. A car company advertising itself on the side of a car … that it hadn’t designed in any way.

I really did think that, after this, Infiniti had been quietly shelved, but no. I came out of the office last week, and there in the car park was the all-new Q30. So I decided to see what it was like.

The first problem was trying to decide what it was. One magazine calls it an “active hatch”, but I don’t know what that means. And, anyway, it’s not really a hatchback at all, and even though it has the option of four-wheel drive, it’s not an off-roader or a crossover or an estate car either. What I can tell you is that it sits on the chassis from an A-class. And I think it’s fair to say that the worst thing about the A-class is … drum roll … its chassis.

I’m sure Infiniti has done its best to iron out the inherent problems, and for the most part it rides and handles quite well. But sometimes you run over a smallish pothole, and then you think: “No, wait — it doesn’t.”

“I think that’s what the engine does: turn diesel into sound. Because it sure as hell doesn’t turn it into large lumps of power”

It’s the same story with the 2.2-litre diesel engine. It moves you along and it doesn’t appear to have an alarming thirst for fuel, so that’s fine. But it sounds like a canal boat when it’s cold. It’s so loud that it has to be fitted with noise-cancelling technology.

I think that’s what the engine does, in fact: turn diesel into sound. Because it sure as hell doesn’t turn it into large lumps of power. Every time I pulled out to overtake a caravan, I had to pull in again because there wasn’t quite enough grunt. So, all things considered, that’s not fine either.

The interior is a different story. In the back it’s a bit cramped and hard to get through the door if you’re bigger than an ant. But up front the picture is much more rosy. The seats are tremendously comfortable and the quality of the materials is exemplary. I know a fair bit about stitching, having sewn up Paddington Bears for 10 years, and I can tell you that the cottonwork on the dash of the Q30 is up there in Elizabeth Keckley’s* league.

The Wearsiders and their neighbours from up north may be hopeless at football these days but they really can put a car together.

This is no good either. Because who is sitting at home thinking: “I don’t care what my next car is like, just as long as it has a tasteful interior that has been stitched together by former dockers”?

But there is one thing that does cause people to lose any sense of reason and buy something that is not safe, fast, economical, green or any of the things that really matter, and that’s styling.

You don’t have to be a motoring ignoramus to fall foul of this one. You go into town, see a car you like the look of, come home, search for it on the internet, find you can afford it and buy it without stopping for a moment to wonder if it’s in any way suitable.

On that basis the Q30 is going to be a quiet success, because, ooh, it’s a looker. This is a car that is needlessly curvy and fitted with all sorts of styling touches that are in no way necessary. And yet it doesn’t look fake or idiotic at all. It looks —and there’s no other word — fantastic.

All of the alternatives are dreary and bland to behold, except the Range Rover Evoque, which is a bit common these days. The Q30 is not dreary or bland and, with only 14 dealers in the UK, it’s never going to be common either.

Which gives you a bit of a choice to make. You can drive a genuinely interesting-looking car that isn’t really very good at all. Or you can buy a good car that is a bit boring to behold. I guess you have to ask yourself a question. Do you want a mistress or a wife?