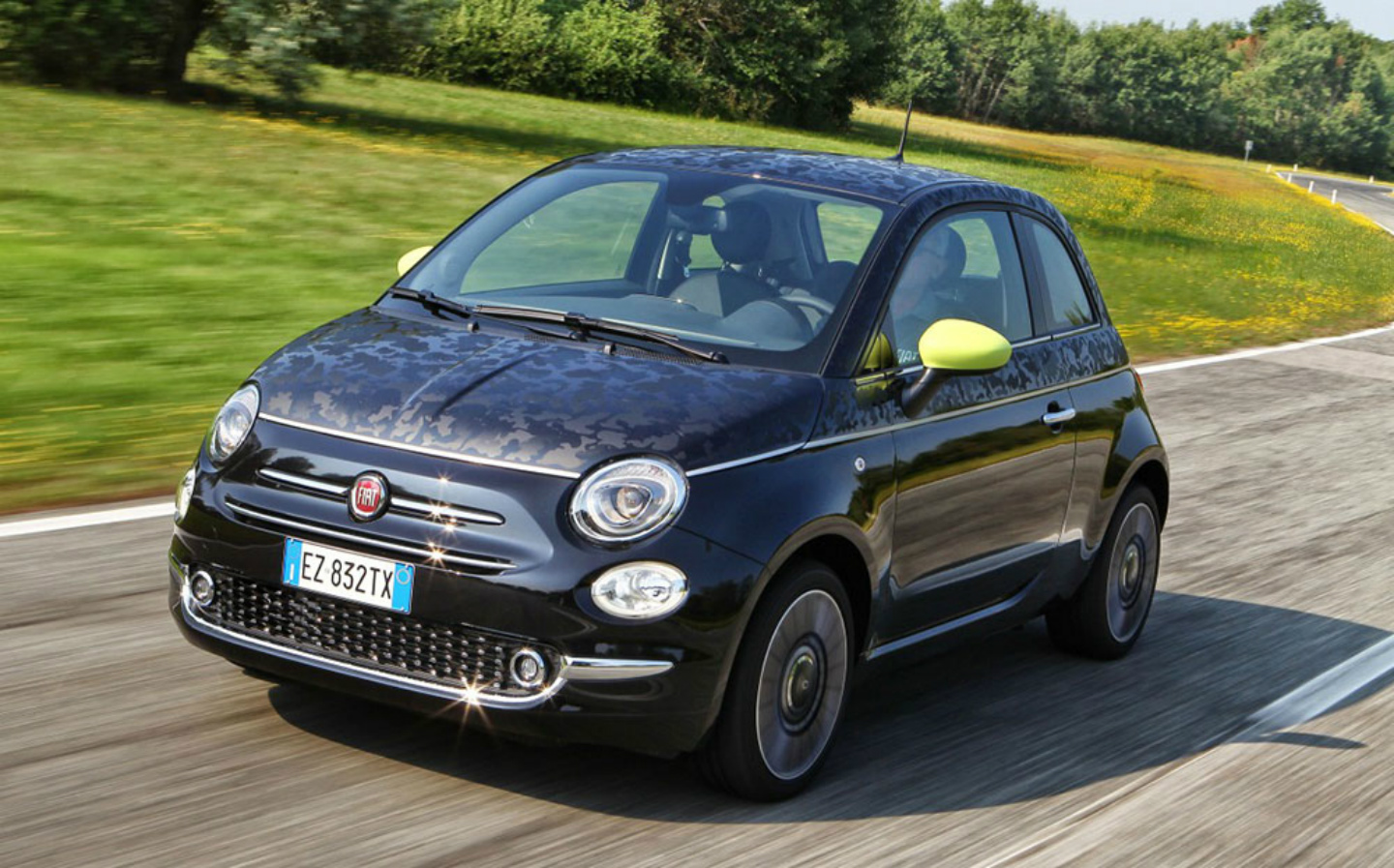 Share Article
A bite-size slice of la dolce vita
Pros
Cute enough to get you a date
Great for fans of submenus
Decent power from a tiny engine
Cons
Its diminutive size won't help you in London
Tiny in the back. Tiny.
Small cars = more chance of injury in a crash
Cars > Fiat > 500

IF YOU are thinking of coming to London for some festive shopping, I have a suggestion: have you thought about going to Peterborough instead? Or Swindon?

View the used Fiat 500s for sale on driving.co.uk

I’ve wondered for many years how a city that wasn’t designed at all hundreds of years ago manages to cope with the demands placed on it today. Because asking it to deal with the daily transport needs of more than 8m inhabitants is a bit like asking your landline telephone to take a photograph.

Somehow, though, it has always just about managed to cling on, like a grand old battleship: shot to pieces, with a broken rudder, but still in the fight.

Today, though, the bridge seems to have been taken over by a bunch of slightly panicky monkeys. Of course London’s transport system has always been managed by idealists and lunatics, because how else would you arrive at the concept of a bus lane? “Right, comrades. London’s streets are higgledy-piggledy and were designed as gaps in which people could leave a dead horse. They are not wide enough for the motorcar, so let’s take half the available space and turn it into a special lane so that old ladies can get to the post office more easily.”

Then along came the bicycle. “Right, comrades. Let’s make special lanes for these wheezing old communists. And better still, let’s make a little space for them to sit in front of the cars when the traffic lights are red.”

Someone in the meeting must have put his hand up at this point and said: “But cyclists don’t stop for red lights.” And? Well, your guess is as good as mine. He’s probably in a correctional facility now, in a wing for the mentally impaired. 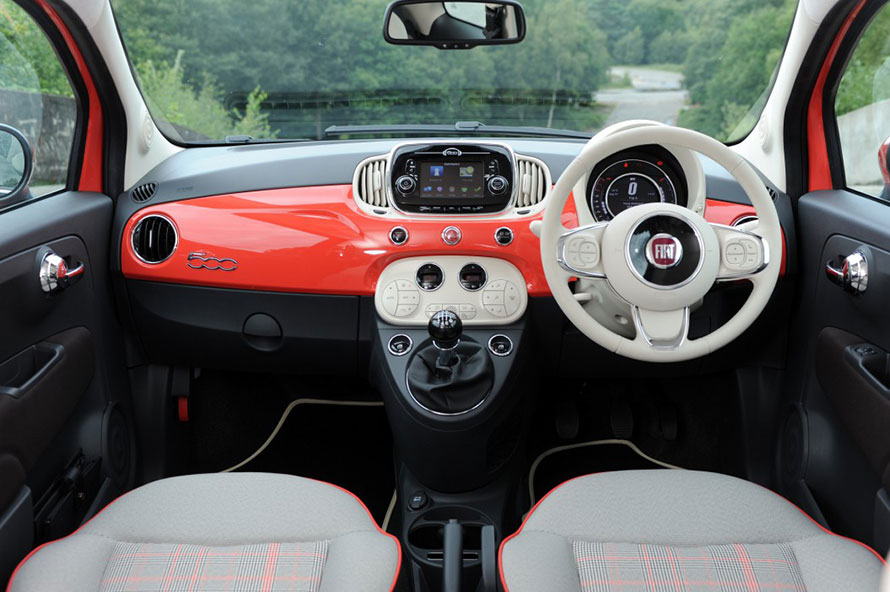 And there’s more. When Ken Livingstone was in the hot seat, he put down his newts for a moment and decided to model the phasing of the traffic lights on the passage of the sun. Red and orange for 14 hours, with a brief green flash in the evening.

And then there’s the issue with parking. They decided that cars causing an obstruction should be clamped. So they continued to cause an obstruction for many more hours. Or that they should be towed away by a fleet of lorries that would cause even more of an obstruction in the process.

Next, they decided that every single one of the 4m people who’d arrived on the underside of a Eurostar train after a long and difficult journey from north Africa or the Middle East should be given a Toyota Prius, a smartphone with Uber on it and a licence. To kill. And yet, despite all this pedestrianised, camera-monitored idiocy, the capital continued to grow and flourish.

Now the maniacs have come up with a new wheeze. It’s a biggie. They’ve decided that every single road in London should be dug up simultaneously. It’s so far beyond a joke that it’s actually funny.

Every residential street is clogged by someone digging out a basement. Every side road is having calming features installed. And every main road is subject to traffic control so that Crossrail can be built. They’ve even shut half the Embankment so they can install a new cycle way. Honestly, they have. If this lot were doctors, their solution to a dangerously clogged pulmonary artery would be to open it up for six months so that it could be filled up with Chris Hoy.

This time they really have scored a blinder, because even I have reached the bottom of the pit of despair. I view the onset of every meeting with a crushing sense of dread. And I lie in bed at night seething about how much time I’ve wasted by sitting in a completely unnecessary jam.

There’s no point driving a very small car in London, because you’re going to be just as stuck as if you were driving something much larger

And I feel so powerless. I can’t use a bus because I don’t like being murdered. I can’t cycle because it’s too cold and wet at this time of year. I can’t go on the Underground because . . . just because. And that brings me neatly on to the Fiat 500 that you see in the photographs. This, you may think, is the solution. Something small. Something that can make its own lane. Something that will fit into even the tiniest parking space. Surely this is the antidote to the panicky monkeys on the bridge.

Hmm. This may well be true in a city such as Rome, where any piece of ground that isn’t occupied by a structure can be viewed as a parking space. But here in London it doesn’t work that way. Parking spaces are all marked clearly and are big enough for a Range Rover. So using something titchy makes no difference.

Then there’s the business of lanes. Yes, in a small car you can make new and exciting lanes in European cities, but not here. On a road such as, say, Holland Park Avenue, in west London, there are two. And if you try to make a third you’re going to get looked at. And being looked at in Britain is worse than being eaten.

So there’s no point driving a very small car in London, because you’re going to be just as stuck as if you were driving something much larger. The only real difference is that in a small car such as the Fiat you are more likely to be injured in a crash. Unless you are in the back, in which case you can be injured without a crash being involved. Ooh, it’s a squash. 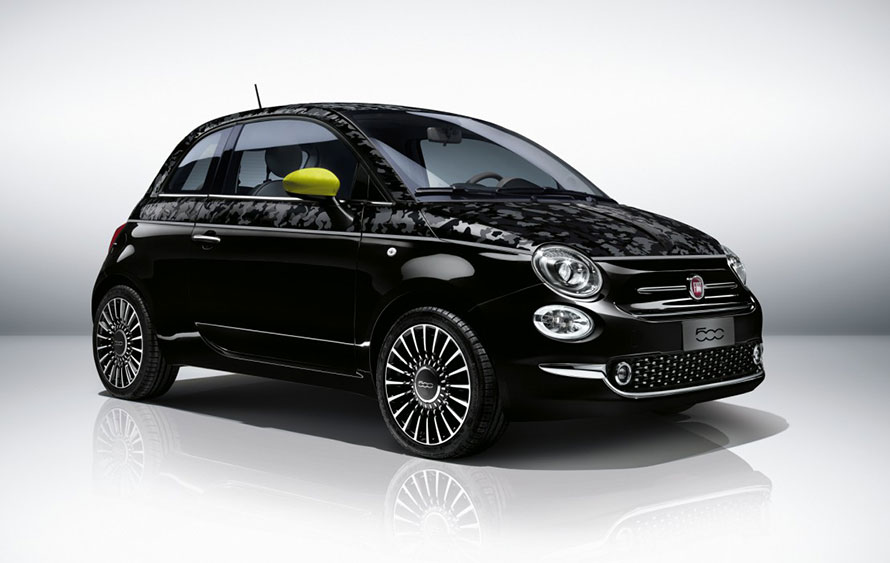 So the only reason for buying the little Fiat is that you like it. And I get that. The version I drove had a matt-black flower pattern stuck onto the shiny black paint, and green ears. This was a good look — even as a £460 option.

Under the bonnet it had the clever twin-cylinder 0.9-litre engine, which, thanks to all sorts of jiggery-pokery and witchcraft, produces 103bhp. That’s not far short of what you got in the original Golf GTI.

There is a fair bit of turbo lag, which is annoying, because just as the blower has fully girded its loins and the fun’s about to begin, you run into a set of roadworks and have to stop again. Only once in a week did I get the full shove, but it was worth the wait. There was a tremendous wallop and a whizzy racket from the clackety-clack engine, and for a moment it felt as though I were inside a mad, flowery, homemade go-kart.

It’s a hoot, this car. It’s nicely equipped and electronically savvy. Many of the details will be a bit beyond the elderly, but anyone under 12 will be quite content with all of the submenus in the submenus. It will give them something to do in the jams.

Me? I just sat there thinking two things: that I’d quite like to peel the people responsible. And that if I’m going to be stuck for two hours, I’d rather be in a Fiat 500 than something bland and anodyne from the Pacific rim. Because sitting in a car such as the Fiat is like walking through the park on a sunny day with a cute dog. Sooner or later someone is going to lean out of their window and say: “I love your little car’s green ears.” And who knows where that might end up?

That’s what this car is, really. Tinder. With windscreen wipers.

Search for used Fiat 500s for sale on driving.co.uk