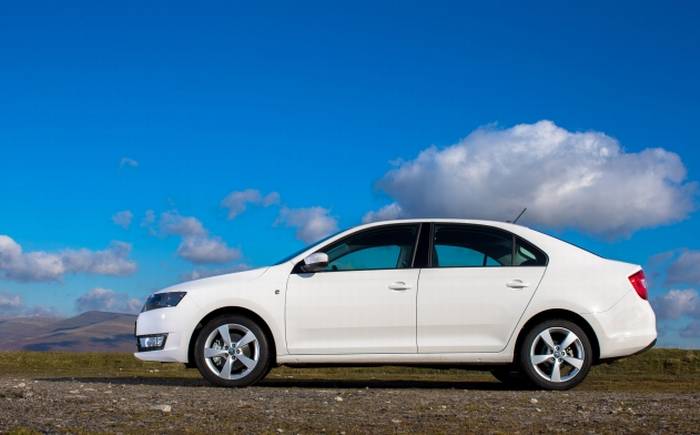 What is the Skoda Rapid?

Skoda is the common sense, value-for-money brand the VW family and its new Rapid offers the customary blend of Germanic appeal and Czech value. To some eyes the new model might look like a booted version of the small Fabia. In fact the Rapid, too, is a five-door hatchback but uses an extended version of the Fabia’s platform to provide a genuinely roomy rear cabin and a capacious load space.

The cheapest versions, which start at £12,905 for the 1.2 S, make the best case for Rapid ownership. However, as prices for the larger engined models crest £17,000 for the 1.4 SE TSI DSG on their way to £18,435 for the range-topping 1.6 TDI Elegance CR GreenTech, the argument for Rapid ownership begins to falter. Skoda resale values are competitive but it’s still a brand that sells on price.

Search for and buy a used Skoda Rapid on driving.co.uk

There are four petrol engines (a 73bhp three-cylinder 1.2, a choice of 84bhp or 104bhp turbocharged 1.2 and a 121bhp 1.4 that comes with a dual-clutch, seven-speed automatic gearbox as standard) and one 1.6-litre diesel producing 104bhp and a useful 184 lb ft torque. In our hands this last engine was very economical, returning 60mpg in mixed driving, compared with a claimed 64.2mpg. 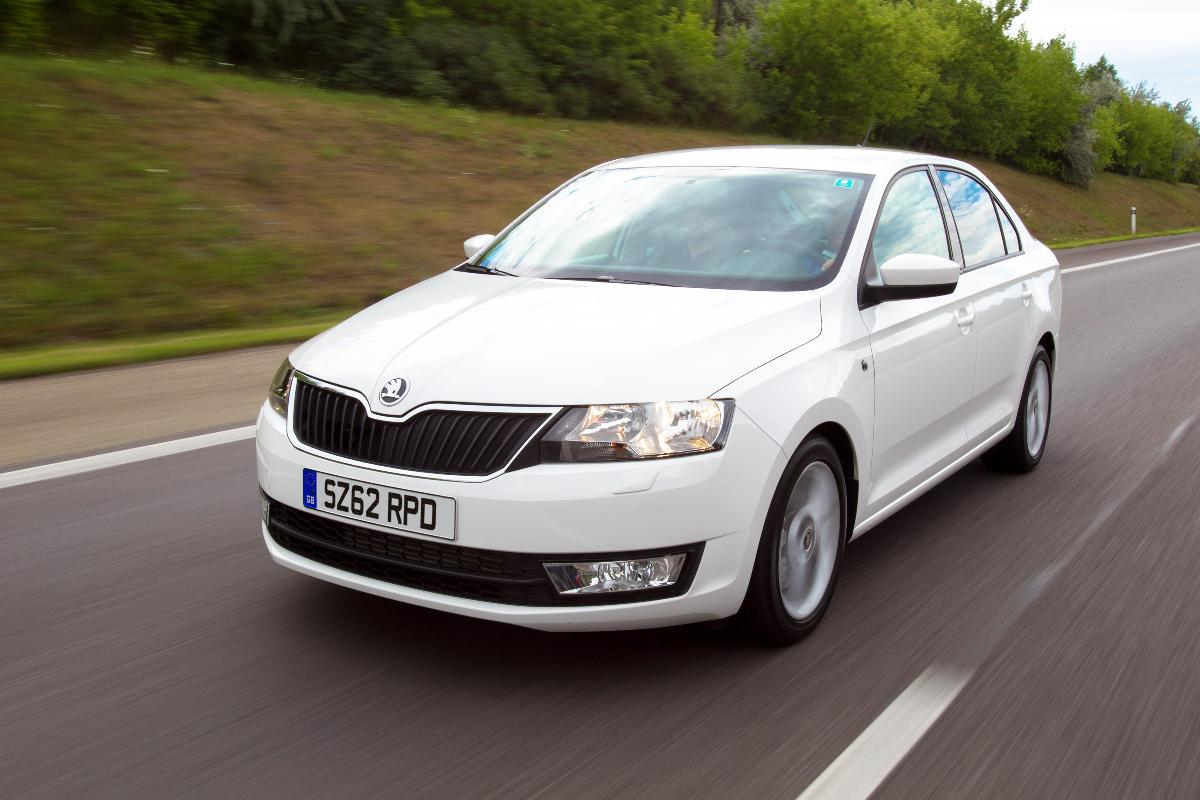 For all its saloon-car pretensions the Rapid is quite uncomfortable, at least from a ride point of view. Passengers may marvel at all that legroom but watch their smiles fade as the car picks out every imperfection in the road surface. It’s not as if they can settle deeper into soft, forgiving seats. The Rapid’s chairs have that firmness we’ve come to associate with VW Group products. It’s supposed to spell quality and durability but in the Rapid’s case it reveals shortcomings in the car’s ride, which is fidgety and unsettled. Over A-roads pummelled by HGVs it can actually feel quite uncontrolled.

The price for our diesel test car’s parsimony was a lack of power at low revs. You have to pummel the accelerator to get a decent squirt of power, otherwise it can be embarrassingly slow from the lights. Change up too early and your embarrassment will turn to shame. We’re used to diesels pulling like trains in top gear from low revs; not so the Rapid. It will kangaroo down the road if you let it. However, out on the open road and with the engine spinning in its power band, there’s just enough grunt for most sensible overtakes.  Wind noise is a problem at speed but it does at least mask the sound of the straining diesel engine. The petrol engines are possibly smoother, quieter and more flexible.


The Rapid’s looks divided opinion but inside it’s all inoffensive, VW Group uniformity. There’s the big rotary light switch, rectangular vents and flush-fitting buttons common to most VWs, combined with the angled door ledges and fascia architecture from the Seat Toledo. But it is at least clear, logical and tasteful. One curious thing, though: our Elegance test car lacked that trim level’s promised steering wheel controls.

It did have the driver’s centre armrest, though. A nice addition except that you have to move it out of the way to change gear comfortably. Like some other surfaces in the Rapid, its padding was pretty superficial, too. And perhaps only road testers tap car fascias but doing so in the Rapid elicits a cheap, hollow sound. You pays your money…

But all this is as nothing if you’re a family motorist looking for a smart new car in which to carry a growing brood. There’s bags of space in the rear for the children and behind them, their associated paraphernalia.