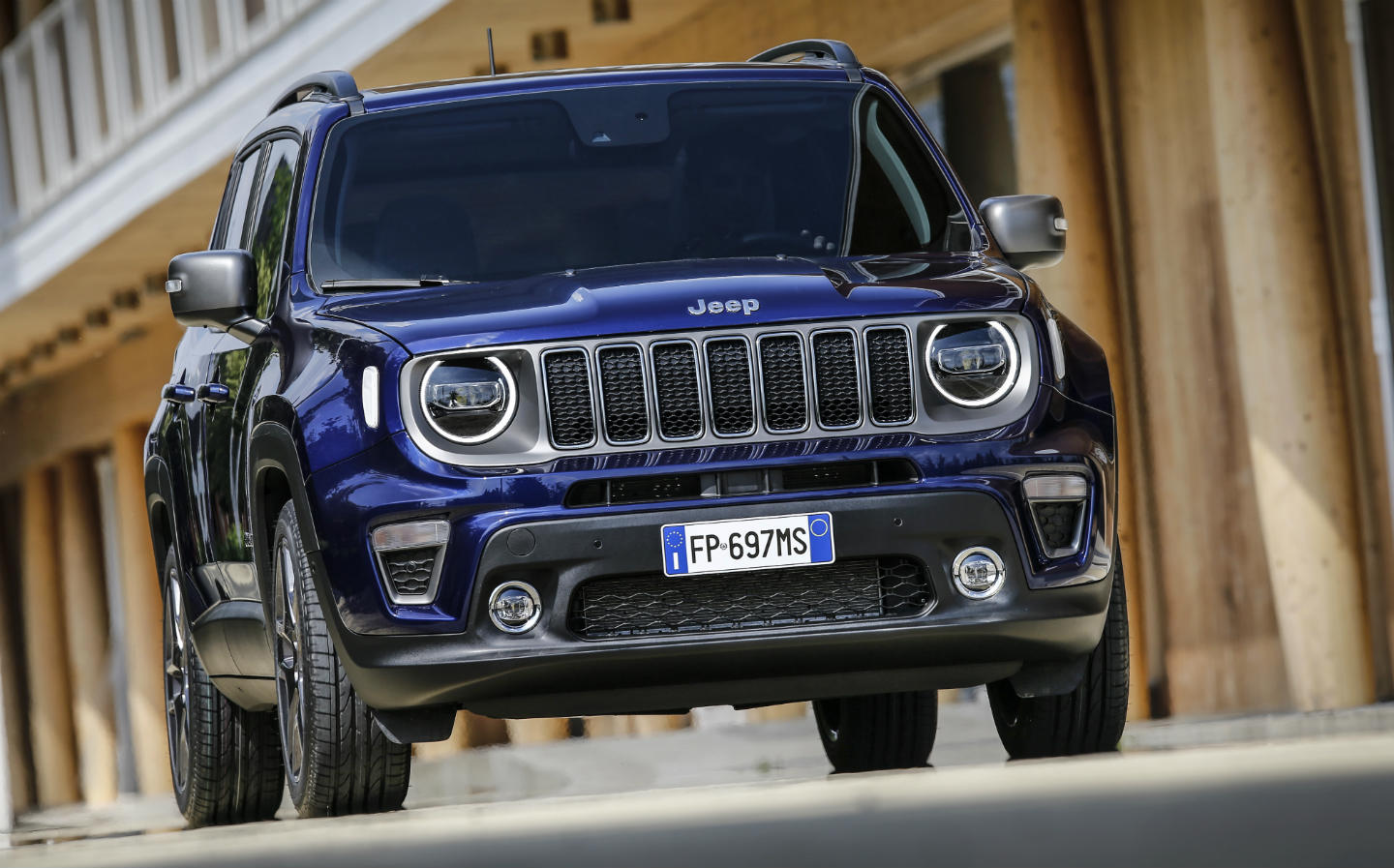 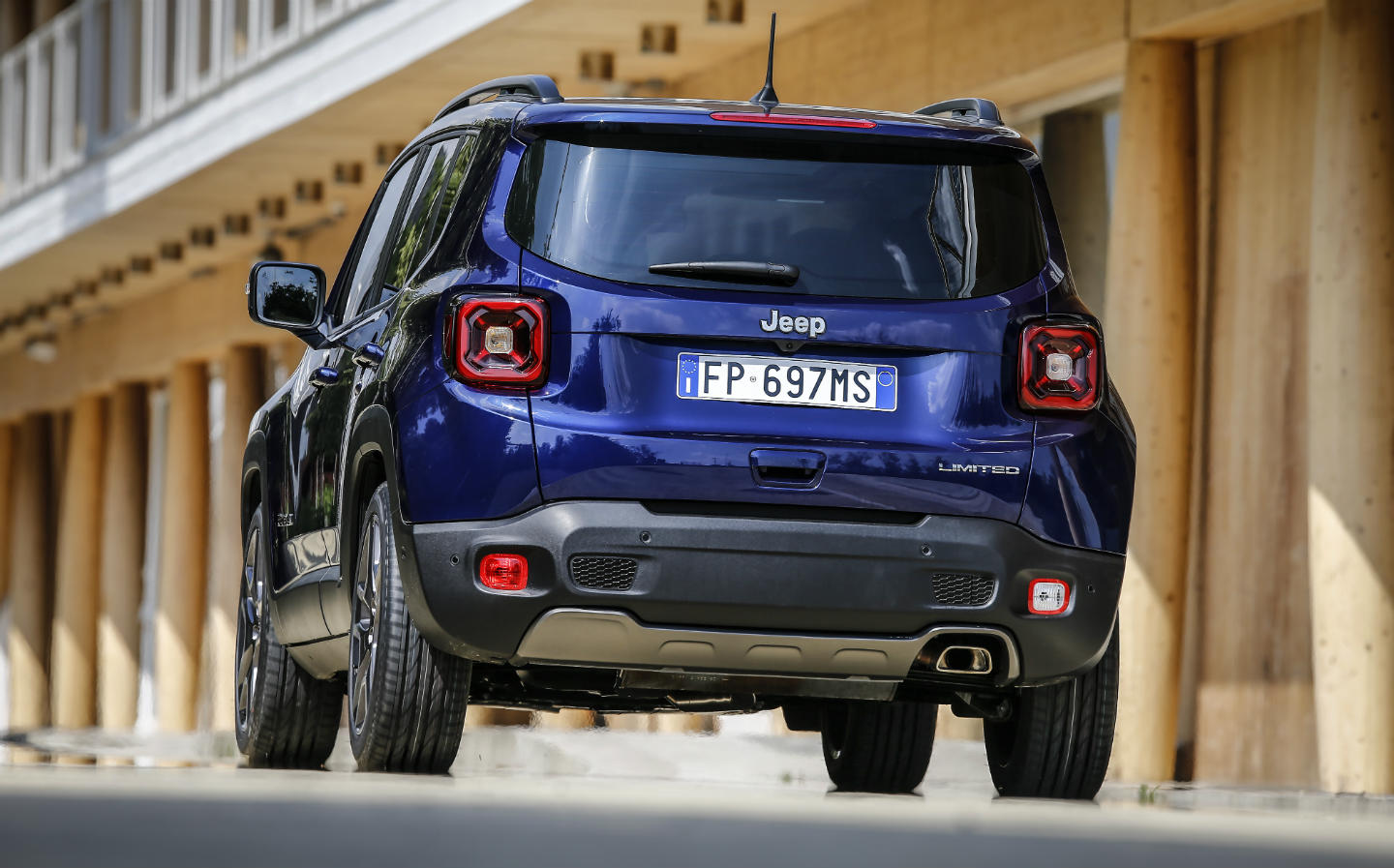 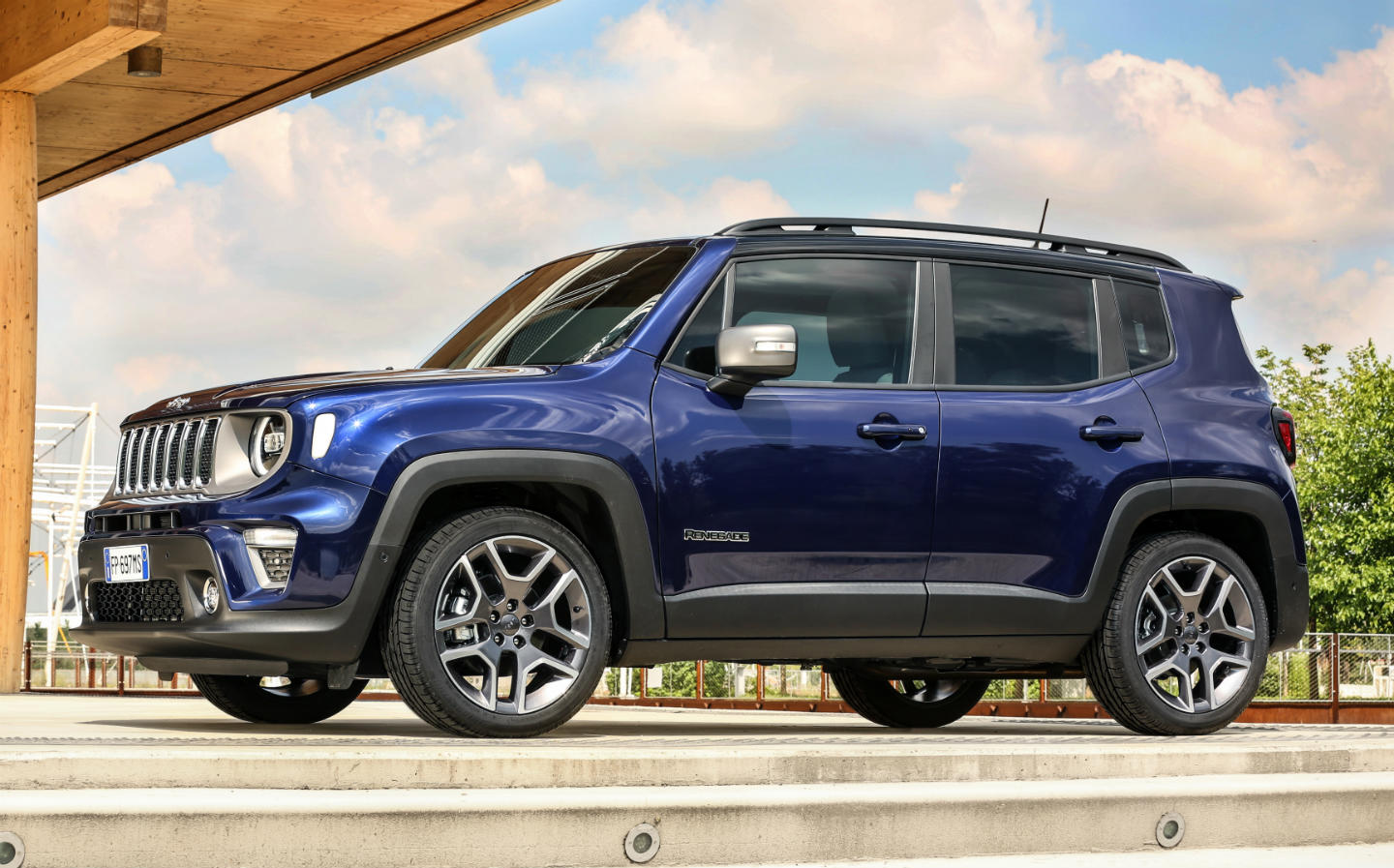 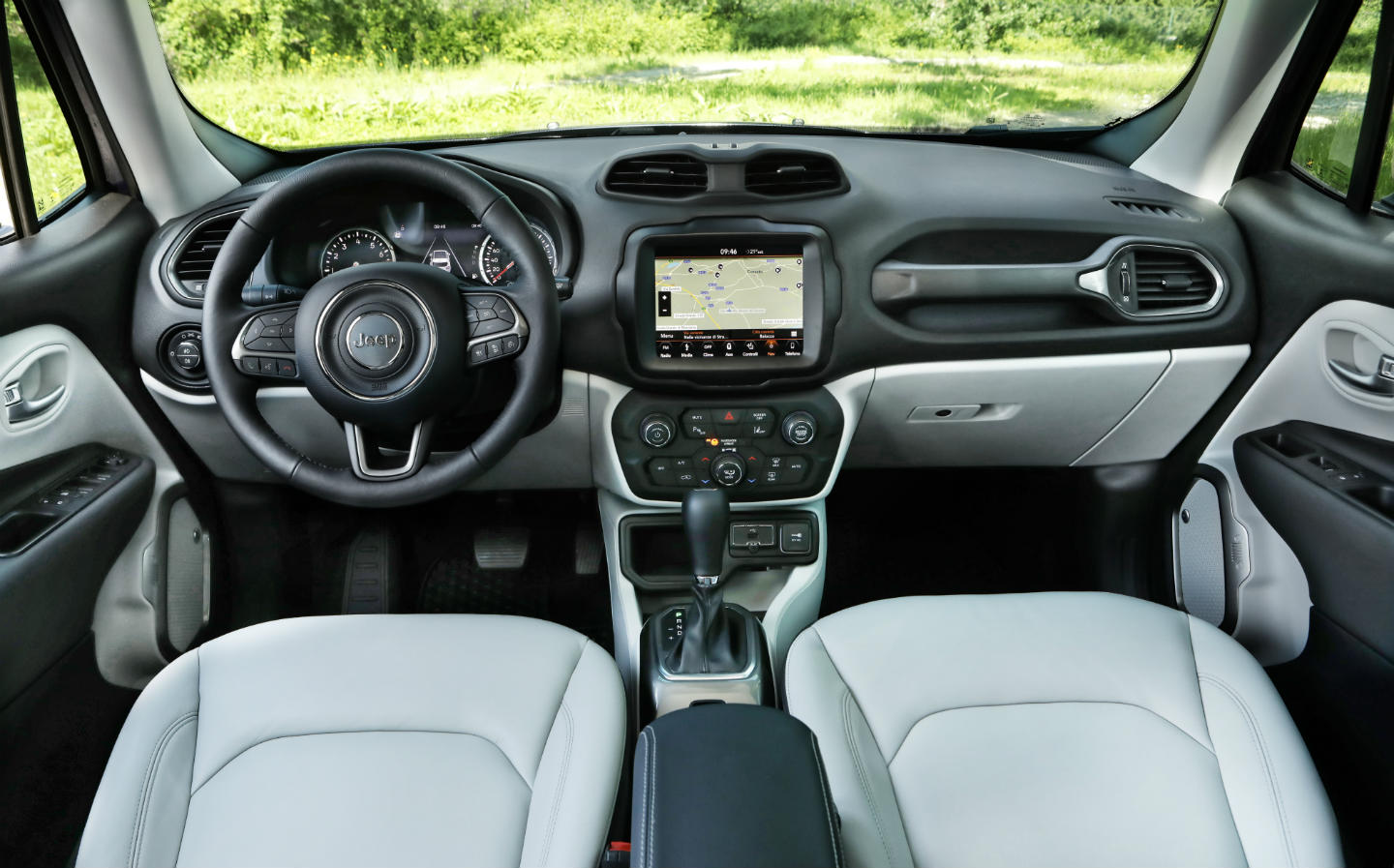 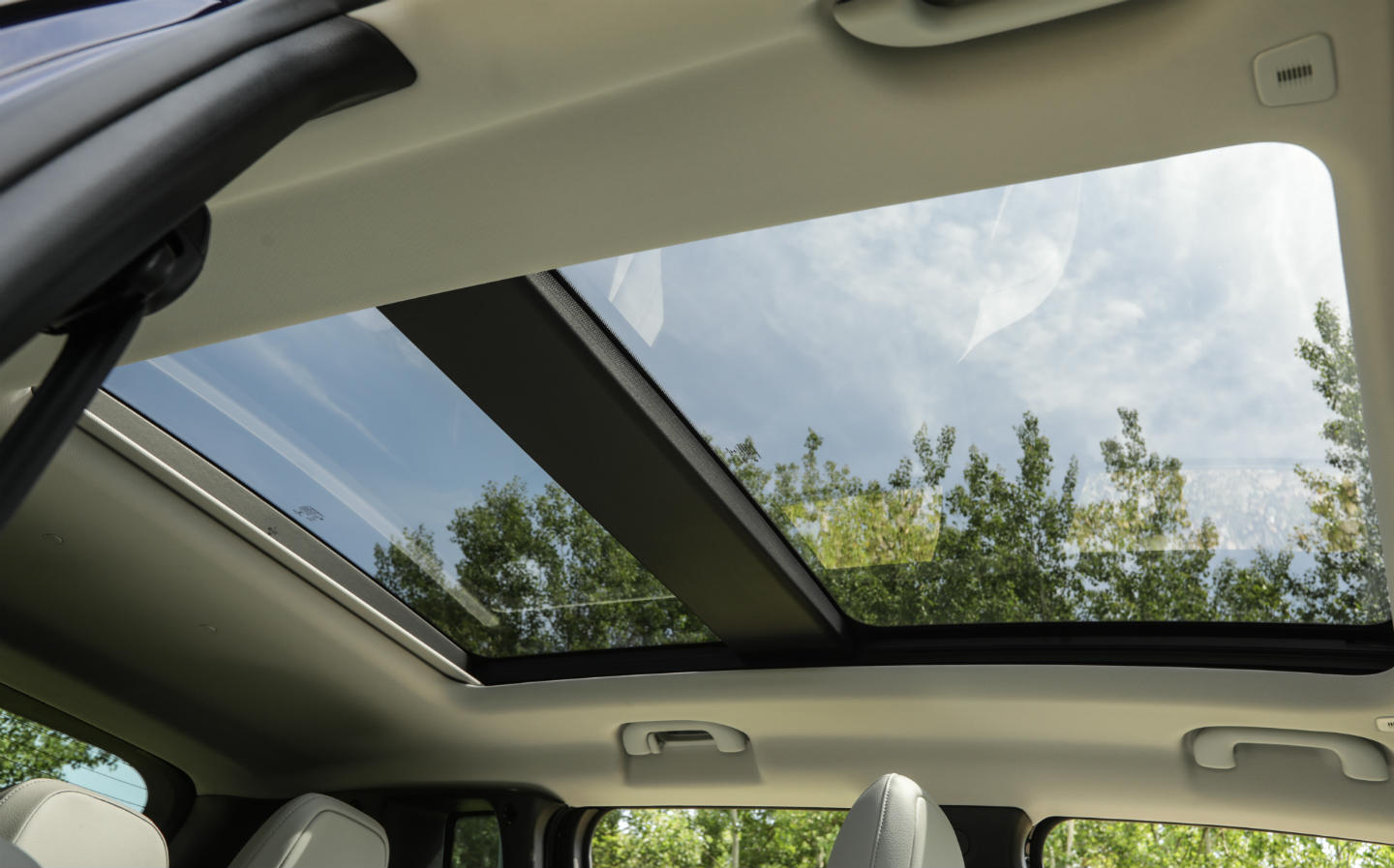 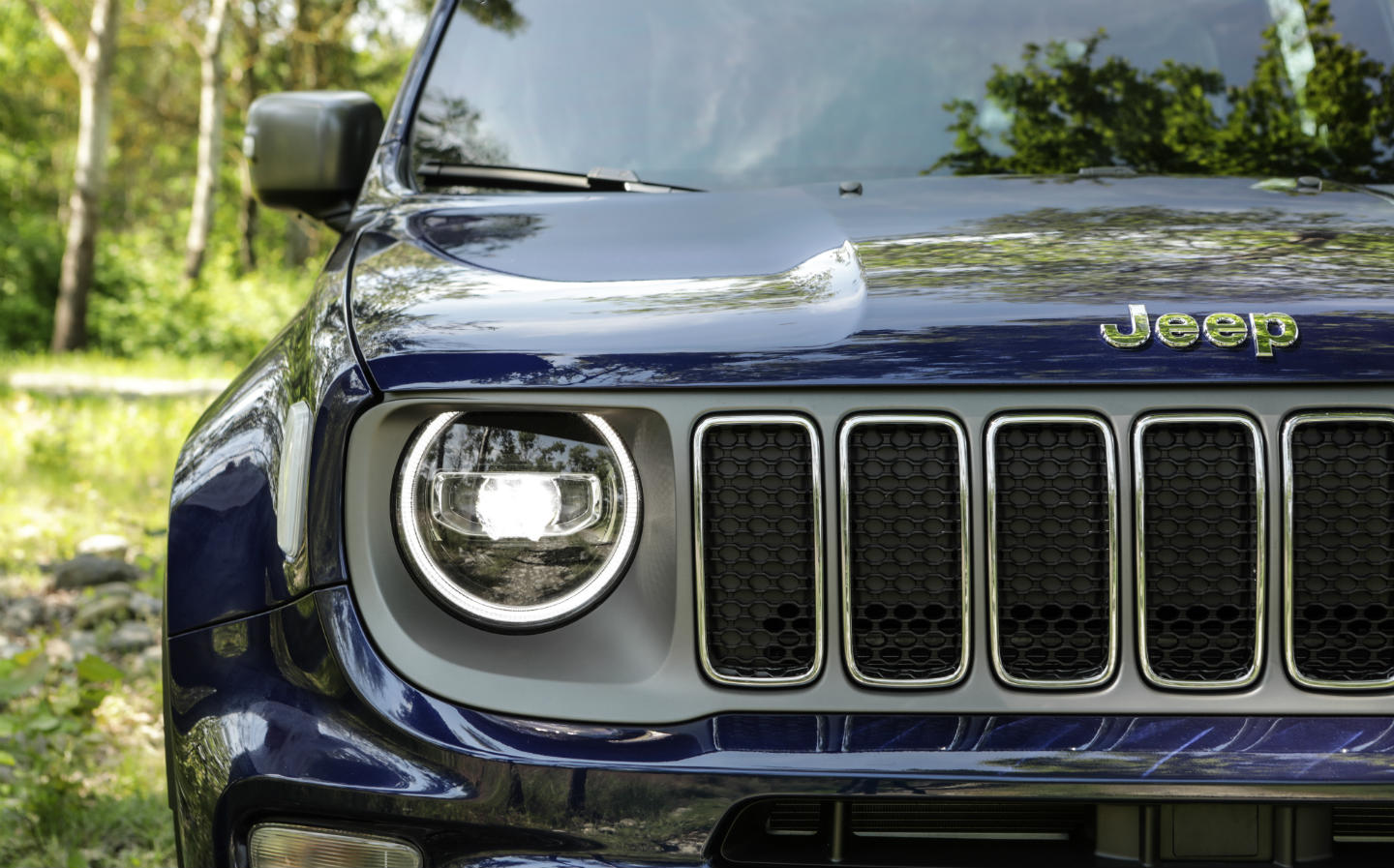 YOU MAY recognise this Jeep. It’s been around since 2014, fulfilling a role as the baby of the range. It’s full of cutesy touches, such as a tiny outline of an original Jeep on the fringes of the windscreen, rear lights designed to look like the indent in the side of a jerrycan and the words “To new adventures” engraved above the engine starting button.

You can have the car in bright orange or green, and for 37 quid Jeep will even stick US army-style stars on the sides so you can pretend to be General George Patton as you haul the kids to the out-of-town shopping centre for a Nando’s.

Everything about the Renegade is designed to seem tough and uncompromising, up to and including a name that suggests the car is made for people who pull the pin out with their teeth.

This makes sense when the root of Jeep’s appeal is a sort of all-American outdoorsiness, underpinned by the authenticity we crave in things but don’t need. A diving watch must go down to 1,000 metres. An electric drill must be called the Hammerthrust 5000 and be powerful enough to pierce a dam. A Jeep, like a Land Rover, must appear capable of scampering across the Appalachians without trying.

In this respect the Renegade is a fraud. It’s not even made in North America, but rather in Italy, the first Jeep to be assembled entirely outside the US. Its country of birth makes more sense when you learn that it’s actually a Fiat Punto in walking boots.

Worse yet, many versions aren’t even four-wheel drive, dragging themselves along exclusively by their front wheels to the detriment of their ability to clamber over unpaved landscapes. That’s why the Renegade is plastered in stencilled lettering and little drawings of old-fashioned Jeeps: the evocations of authentic toughness are supposed to cover for actual off-road ability, which, as the designers know full well, most buyers won’t need.

That was true when the Renegade came out five years ago. It’s still true with this lightly updated version. Not a whole lot has changed. There are some new bumpers, a slight tweak to its frowny headlights and a few tickles to the interior, which remains as chunky and wholesome as you’d expect, if unlikely to give an Audi quality-control engineer a pang of envy.

The main thing to know about this Renegade is that it is available with a new petrol engine with a capacity of just 999cc across three cylinders, plumped up with a turbo. It’s a good little engine, pulling vigorously with a slight but well-suppressed growl.

None among this new generation of shrunken petrol engines seems capable of delivering the on-paper promise of miraculous economy, which may be why the car industry is already going off them, but this one affords a more pleasant driving experience than a diesel and doesn’t generate a mist of particulates that has to be trapped by a filter.

You’d never mistake the Renegade for a sports car, but because the engine is strong and the gearshift is smooth, it doesn’t feel leaden. On the road it feels how it looks, which is pleasantly chunky.

You may think that all sounds quite nice. You may even want one. But before you head to your nearest Jeep shop, a word of caution: this is also, sadly, an annoying car. Not bad; not uncomfortable; just annoying.

The annoyance starts with, of all things, the left-hand steering-column stalk, which has a weak spring in the mechanism, so that when you indicate you often inadvertently flash the headlights, to the puzzlement of other drivers.

If you’re drawn to the Renegade because you like its cute little face, I would urge you to think carefully about how much you want a car that goes “Squeee!” every time you get into it.

Then there’s the blind spot warning system, which seems to get spooked by things it should ignore, flashing up a panicky graphic between the dials as if it believes you’re about to drift into a parked car or a small wall.

On top of that, the dashboard sometimes issues a single “bing” for no readily explicable reason. It’s not a noise of alarm; it’s more the general-information kind that says “the lift has arrived at your floor”, rather than “the enemy torpedo is arriving at your submarine”.

These quirks are just sideshows, however, next to the No 1 way in which this otherwise perfectly nice little Jeep gently but persistently tries to nudge you into a state of twitchy-eyed irritation until one day you have to sell it or burn it. That honour is taken by the central-locking alert. Like any car with keyless entry, the Renegade senses the fob about your person as you walk up to it, so when you put your hand on the door handle, it unlocks.

What Jeep has thrown into this process is a sound. A long, shrill, needless sound that — here’s the killer blow — you can’t turn off. If you approach the passenger side first and open the door to chuck something on the seat, it makes the noise, and then it does it again when you open the driver’s door, even though the car is already unlocked. “Squeee! … Squeee!”

I discovered this when leaving a friend’s house at 11.30pm, and now his neighbours hate me. So do mine, because I got home at midnight, and the Jeep makes an equally piercing noise when you lock it.

What in the name of Jennifer were the designers thinking? Who wants their car to make a loud noise when it locks and unlocks, apart from people in TV shows? It’s profoundly annoying, not to say slightly embarrassing, and it spoils the whole car.

If you’re still drawn to the Renegade because you like its cute little face and its chunky dashboard buttons, I would urge you to think carefully about how much you want a car that goes “Squeee!” every time you get into it. Maybe that doesn’t bother you. Maybe you’re already imagining yourself in a bright-yellow one with stars on the doors. Well, frankly, it doesn’t matter what colour you get. Everyone in your town will know you’ve got one, because every time you get in or out, they’ll be able to hear you.

Richard Porter is script editor of The Grand Tour. This article first appeared in The Sunday Times.