By James Mills
Share Article
An alternative take on the luxury saloon but not the best
Pros
Extremely comfortable seating for four
GTS offers a fun driving experience
Impressive performance
Cons
Expensive
Hybrid is not a sensible buy
Dare we mention it's ugly?
Cars > Porsche > Panamera 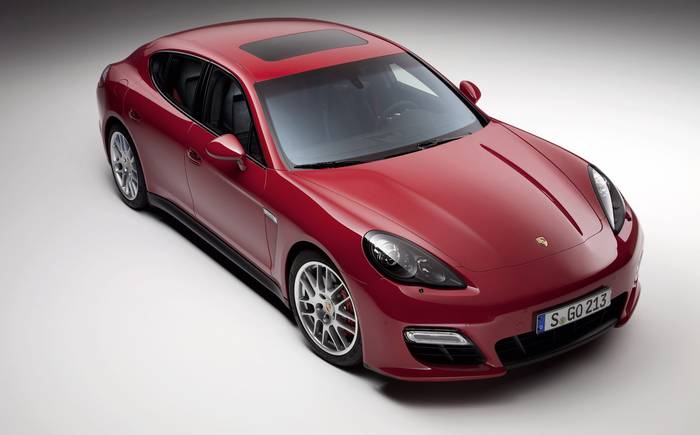 What is the Porsche Panamera?

The Panamera is Porsche’s equivalent to a luxury saloon car from the likes of Audi, BMW, Maserati and Mercedes. It might look like a disproportionally stretched 911, but under the freakishly long exterior lurks a very accomplished car.

The Panamera was facelifted in mid-2013, when Porsche took the opportunity to add new engines to the range. There is now a broad range of petrol, diesel and petrol-electric hybrid engines, and both rear-wheel and four-wheel drive versions. In its cheapest state the Panamera has a 3.6-litre V6 petrol engine and costs £63,893, so you wouldn’t call it an “affordable” car by most people’s understanding of the term, particularly as it costs substantially more than rivals such as the BMW 6-series Gran Turismo and Mercedes-Benz CLS.

Search for and buy a used Porsche Panamera on driving.co.uk

Conversely, at the top of the range buyers will find the 4.8-litre, V8-powered Turbo S model, costing a hefty £131,136. If fuel economy is a priority for you, though, (why would it be if you’re thinking of buying this?), we would suggest the diesel makes more sense than the hybrid, if only because it costs over £20,000 less.

As far as we’re concerned, the pick of the range is the GTS which, when introduced in April 2012, three years after the Panamera’s launch, went straight to the top of the class, and is more palatably priced at £93,392.

Dividing looks aside, this is a very satisfying car to drive. All Panameras are accomplished on the road, but the GTS is the best of the bunch. Under the bonnet is a naturally aspirated V8 petrol engine that drives all four-wheels via Porsche’s excellent dual-clutch PDK semi-automatic transmission. Porsche’s engineers have tuned the motor to produce 434bhp, and while that’s some way off the power of the Turbo S (562bhp) it is enough to make the GTS a very quick car indeed. It takes just 4.4seconds to accelerate from standstill to 62mph and the top speed is 179mph – suitable, we’re sure you’ll agree, for most speed demon’s needs.

It sounds great, as the blare of the V8 has been engineered to fill the cabin, and it’s complemented by a sports exhaust to wake the neighbours. But despite the name suggesting it might be a bit of a road racer, this is actually a remarkably accomplished grand tourer, as the ride comfort is supple (when the active dampers are set to their softest suspension setting) and noise dies down when at a gentle cruise.

The handling is precise and poised. In fact, the GTS is fun, not something we’d say about some of its rival models, which are often technically accomplished but fail to raise a smile.

This is arguably the most impressive aspect of all Panameras. It’s a spacious, comfortable and extremely well made cabin, designed to seat four adults with individual chairs. The driving position is excellent and the switchgear feels robust and looks expensive. There’s plenty of head and legroom in the front and back seats, and the boot can accommodate 445-litres of luggage, which can be extended to 1,263-litres if the rear seats are folded flat. The car has the added bonus of a hatchback tailgate, which puts it head and shoulders above rival saloons in the practicality stakes. 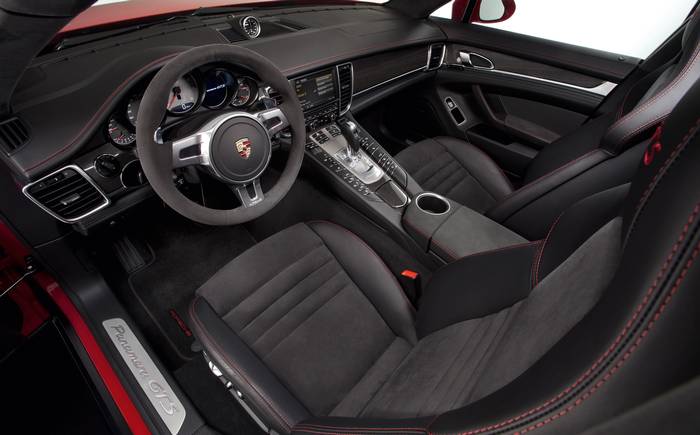 Porsche’s quality control is not as robust as car buyers like to imagine. Some early Panameras were fitted with seatbelts that could break free from the seat in the event of a collision. In early 2010 the company issued a recall to address this.  A Porsche dealer will be able to advise you whether a used model you are interested in buying was affected and has been fixed.

Although we highly rate the GTS model, it is very rare as a used car. So for used buyers our pick of the range would be the 2010 10 Porsche Panamera Turbo, which has four-wheel drive and impressive performance, thanks to its 493bhp engine. It is in plentiful supply and should cost about £62,000 from a franchised Porsche dealer, according to Glass’s Guide, and several thousand pounds less from a private vendor. 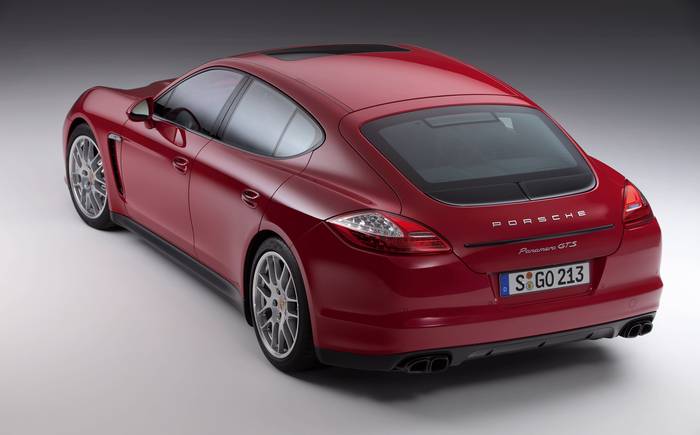 There are no trim levels as such, but Porsche doesn’t skimp on standard kit. Consequently, all Panameras come with sat-nav, leather trim, rear parking sensors, electrically adjustable front seats, alloy wheels and cruise control, to which the costliest models add front parking sensors, privacy glass, a powered tailgate and more besides, proving you don’t have to skimp on luxury to have a ball at the wheel.