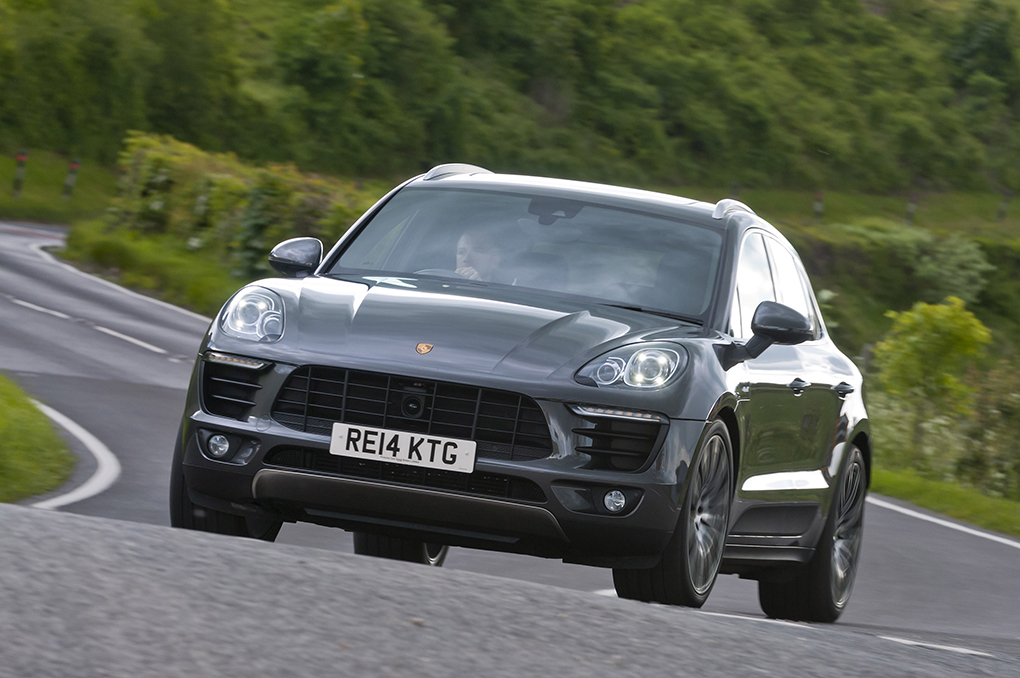 What is the Porsche Macan?

The Macan is the smallest and most affordable SUV in the Porsche range. The German company may have built its reputation on sports cars and Le Mans and Formula One-winning racing machinery, but these days its best-selling car is an SUV, the Cayenne, which are often known as Chelsea tractors. Porsche built 84,000 Cayennes last year, and will make 50,000 Macans in a full year. Could those figures change, once word spreads about the cheaper, more fuel-efficient Macan.

“Cheaper” is a relative term where Porsche cars are concerned. The pricing starts at £40,276 for the entry-level Macan, which uses a four-cylinder petrol engine. Driving hasn’t driven this version, yet, but on paper it looks to be good value for money. The company refers to it as being available to “special order only”, presumably in an attempt to encourage drivers to pay more for the Macan S V6 diesel (expected to be the best-selling version) or V6 petrol models, both priced from £43,300. That’s almost ‘value for money’ compared with a Range Rover Evoque.

At the top of the range is the Macan Turbo. We should point out that regardless of the badging on the bootlid, all models use turbocharged engines. However, the Turbo badge is reserved for the all-singing, all-dancing, drive-it-as-if-your-trousers-are-on-fire version, which boasts 394bhp and can zip from standstill to 62mph in just 4.8 seconds. That’s impressive performance for this type of car, but then you’re paying for the privilege to the tune of £59,300.

Where the larger Cayenne shares a platform with the Volkswagen Touareg, the Macan uses the chassis from the Audi Q5. Porsche claims that its engineers have reworked it to such an extent that 75% of the Macan is unique. In fact, the company is adamant that the Macan is a sports car, and says as much throughout its literature. Is it setting itself up for a fall? Let’s find out…

Search for and buy a used Porsche Cayenne on driving.co.uk 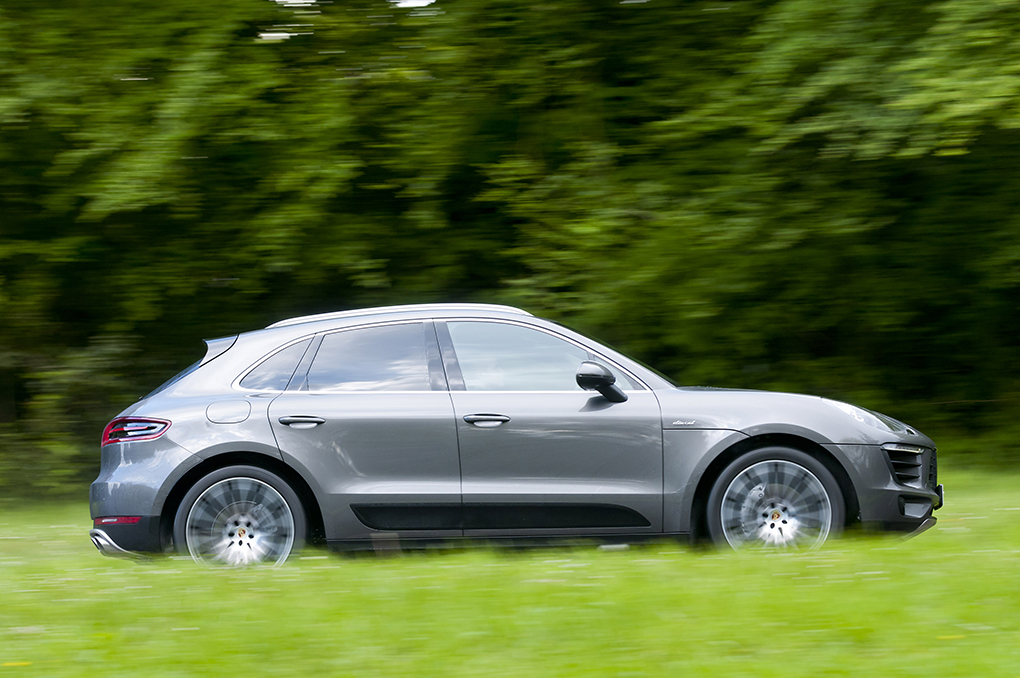 When it came to testing the new Macan, there was one question Driving’s Facebook followers wanted answering: how good is it off-road? That’s peculiar, given how few owners of soft-roaders will ever venture further than a damp field at the races or a slimy slipway at the local sailing club. But as is so often the way, car buyers like to know that their car has the ability to do something, even if they’re unlikely to try it for themselves.

So Driving pointed its Macan S Diesel at a rutted farmland track and put it to the test. With wet, slippery clay soil, ragged ruts and a long descent and climb, the environment was tough enough to demand the use of the Macan’s Off Road and Porsche Hill Control modes. Significantly, it was more taxing terrain than that which typical owners would be comfortable tackling in their £40,000-plus car.

Driving pointed its Macan S Diesel at a rutted farmland track and put it to the test. With wet, slippery clay soil, ragged ruts and a long descent and climb, the environment was tough enough to demand the use of the Macan’s Off Road and Porsche Hill Control modes.

And you know what: the Macan didn’t miss a beat. In fact, it breezed back up the climb, defying our hunch that the tyres’ treads would clog up with clay soil, making them spin uselessly.

The four-wheel drive system is permanent but uses an electromagnetic clutch to distribute power between the front and rear wheels. It’s the same system that the company uses on its Cayenne, 911 and Panamera models, so is well proven. In normal road use it sends power to the rear wheels up until the point that they spin, and then diverts power to the front wheels. 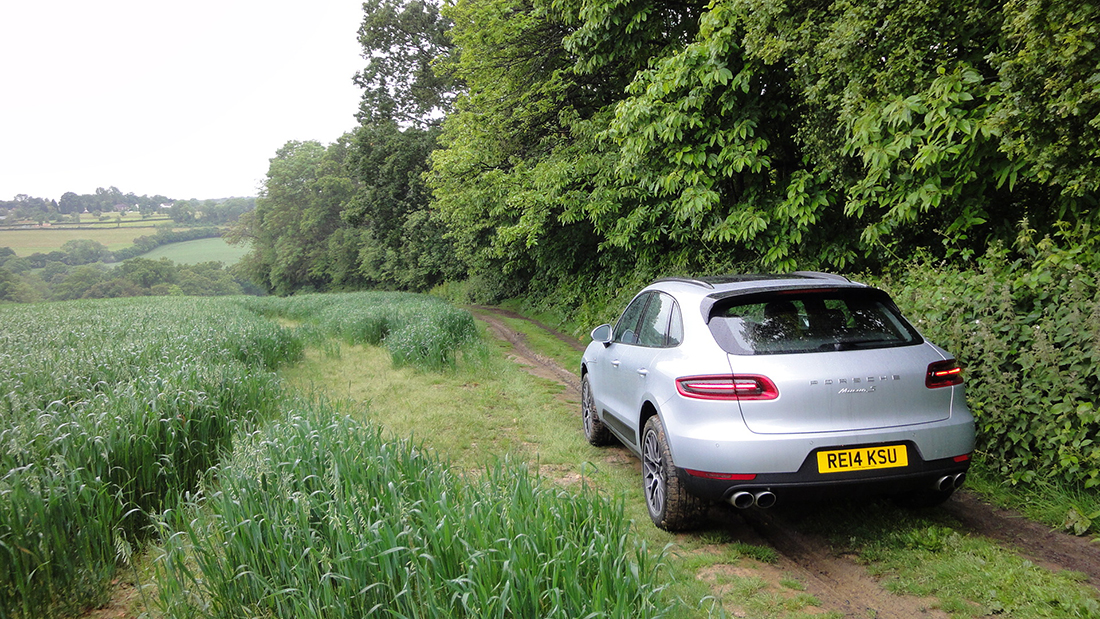 There is a distinct sporting bias to the Macan when driving the car quickly through bends – far more so than any other car in this class. It can even be coaxed into a tailslide, helped in part by the optional (£1,012) Torque Vectoring Plus. This system subtly rotates the car about its axis through a corner by using sensors to brake the inside back wheel as it begins to spin, while also engaging an electronic rear differential that sends as much power as possible to the outside wheel. It’s complicated stuff for the digital age but the result for the driver is unquestionable: no other SUV gets close to the sporty feel of the Macan.

The trade-off for making a 1,955kg car so responsive is that there is a firm edge to the ride comfort. It’s a little like slapping a bouncer on the back and finding their body has no give.

However, a neat touch on cars ordered with the optional (£785) Porsche Active Suspension Management (PASM) and Sport Chrono Package (£728) is that the driver can fine tune the car to suit their mood or the weather conditions. For example, if you’re charging across Welsh mountain roads on a rainy day, you can select Sport Plus mode, which sharpens the response of the throttle and gearchange while cutting you some slack from the stability control systems, as well as firming up the dampers to prevent body roll. You can then independently reset the dampers to their Comfort setting, giving more pliancy on slippery roads.

The rate at which the Macan Diesel S can cover ground is quite impressive. It can accelerate from 0-62mph in 6.3 seconds – plenty quick enough. The steering is the most direct and well weighted of any SUV, heightening the sense of trust a driver places in the car, and the brakes are exceptionally powerful.

Don’t think this is a tiring machine to drive, though. The 255bhp diesel engine is so well muted that it’s only the tell-tale symbol for the glowplugs that gives the game away when starting the motor from cold. It’s smooth on the ear and really gets into its stride from 1,800rpm, after which there is no shortage of overtaking power. Only above 4,000rpm does the V6 sound grumbly in a typical diesel fashion.

The car’s overall performance is aided by the spectacularly smooth seven-speed dual-clutch gearbox (fitted as standard), which shuffles along unobtrusively in standard driving mode, and jumps to attention in Sport or Sport Plus setting. With gear paddles fixed to the steering wheel rather than to the steering column, the manual shift mode is equally impressive.

At motorway speeds refinement in the cabin is excellent. The Macan Diesel S will make an excellent long-distance cruiser. On the combined cycle, Porsche claims it returns 46.3mpg, and we had little trouble achieving 40mpg without having to drive as if running on fumes.

It all sounds too good to be true. However, there is a buyer beware caveat. Like many other diesel-powered cars, the engine uses AdBlue, a chemical which is injected into the exhaust system to help reduce harmful nitrous oxide emissions. The reservoir’s solution is estimated to last for approximately 10,000 miles, and is typically refilled during the car’s annual service. However, if it runs out, the car cannot be restarted once the ignition is switched off, and will need recovering to a garage. 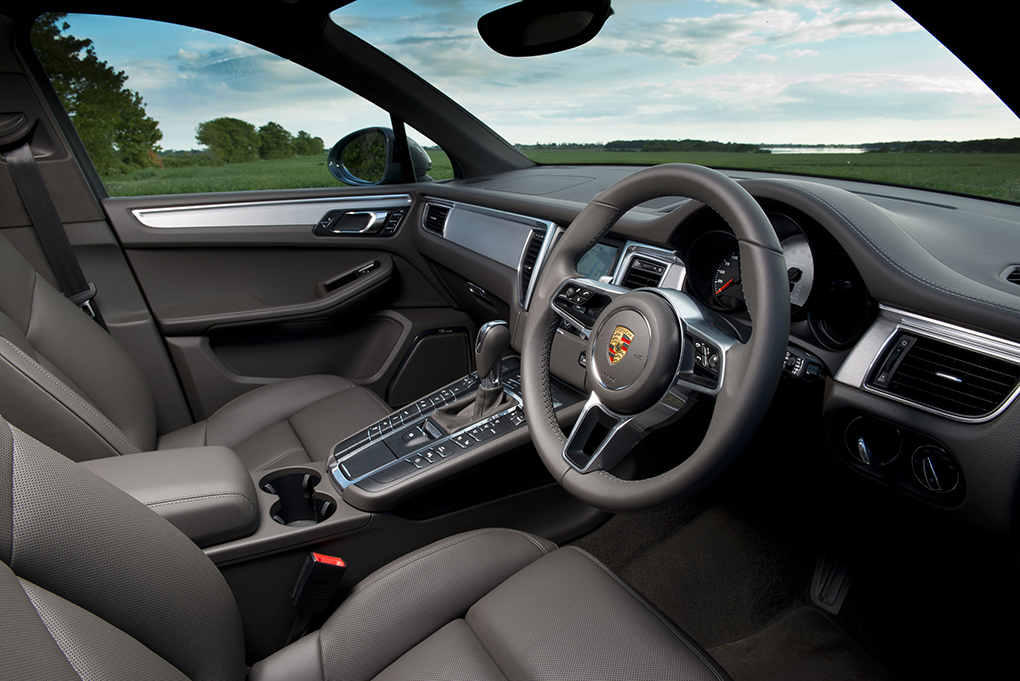 Does it feel like a Porsche? Yes. Wander into your local Porsche dealership, sit in a 911 and Panamera and Cayenne, then slide behind the wheel of the Macan; there’s really no difference.

This means it has the air of a high-quality cabin. The materials used are the same as those from the rest of the Porsche family, and no matter what you pull, push, thump or squeeze it all feels built to outlast its owner.

The driving position and seat are extremely comfortable, and the way the centre console seems to envelop the driver from the left gives the Macan a snug feel. However, taller drivers may find there’s lack of legroom to stretch out their left leg.

Compared with the larger Cayenne, which boasts 670 litres, the Macan’s boot space is 500 litres, which gives enough space for pushchairs and luggage, as well as the weekly supermarket shop.

The sea of buttons for the climate control, heated seats and driving controls looks daunting at first, but you soon get used to their layout. It’s practical with a pair of cupholders and a lidded bin between the front seats, and deep door pockets that will hold 1-litre bottles.

But the back-seat environment is where the Macan falls down, as legroom is not the most generous for this class of car. What’s more, the middle-seat passenger won’t much care for the raised perch and wide transmission tunnel, and there are no vents for the heating system. Treat it as a four seats and you won’t have any complaints from passengers.

The luggage space makes up for matters, though. Compared with the larger Cayenne, which boasts 670 litres, the Macan’s boot space is 500 litres, which gives enough space for pushchairs and luggage, as well as the weekly supermarket shop. It’s helped by having a powered tailgate as standard, perfectly flat sides and rear seats which split 40:20:40, so skis can be loaded through the middle.