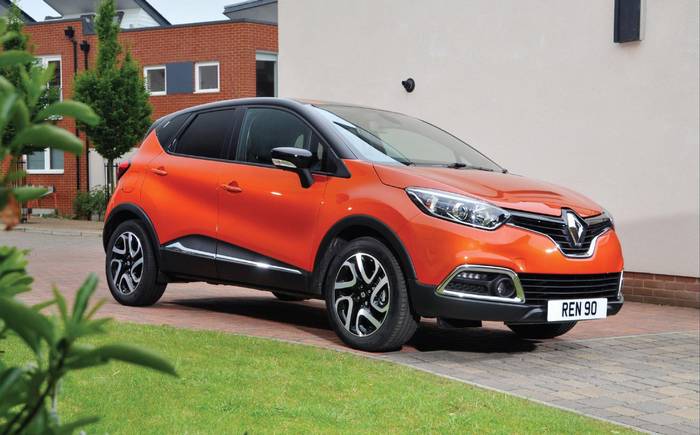 What is the Renault Captur?

If you’re fed up of with having your view of the road ahead blocked by tall cars, get used to it – we’re buying more SUVs than ever before, and the sales figures are accelerating. Compact SUVs and crossovers (hatchbacks or family cars on stilts) like the Nissan Juke are the big hit of recent years, and now every car maker is adding one to its line-up, including Renault with this, the Captur.

It’s an attractive design, as you’d expect from a car built around the easy-on-the-eye Clio Mk 4, with flowing lines and the French manufacturer’s distinctive new-style nose.  It’s available in four trims, from entry-level Expression through Expression + and Dynamique Medianav, to the top-spec Dynamique S Medianav. The value-for-money option is the Dynamique Medianav (£14,995) with the TCe 90 engine, which is just £500 more than the Expression + version but brings luxuries such as 17in alloy wheels, a better sound system and a 7in touchscreen sat nav.  The cheapest Captur, the Expression TCe 90, is £12,495 but still has electric front and rear windows, and 16in alloys.

There’s a choice of only three engines for the Renault Captur at the moment, all turbocharged: two petrol and one diesel. The aforementioned 3-cylinder Energy TCe 90 is the cheapest of the bunch but at just 898cc has a measly 90bhp and 99 lb ft of torque. Go for the 1.5-litre Energy dCi diesel and you get the same power but an extra 63 lb ft of torque, allowing for easier progress. It should also be cheaper to run, managing a claimed 76.4mpg compared with 56.5mpg for the little petrol unit (although we managed quite a bit less than that claimed figure in our diesel test car). The alternative petrol unit is a 4-cylinder, 1.2-litre TCE 120 EDC which boasts a healthier 120bhp and 140 lb ft of torque. The economy is not bad at a claimed 52.3mpg.

The Renault Captur offers a decently enjoyable driving experience. Despite its extra height over the Clio on which it is based, the Captur manages to hold the road very well through corners. Body roll is well contained, while the steering is precise and nicely weighted. That said, some of the car’s sporty feel could be traded for a more forgiving ride on uneven surfaces; potholed British roads aren’t the Capture’s best friend. Another niggle is the car’s noticeable wind noise at speed. 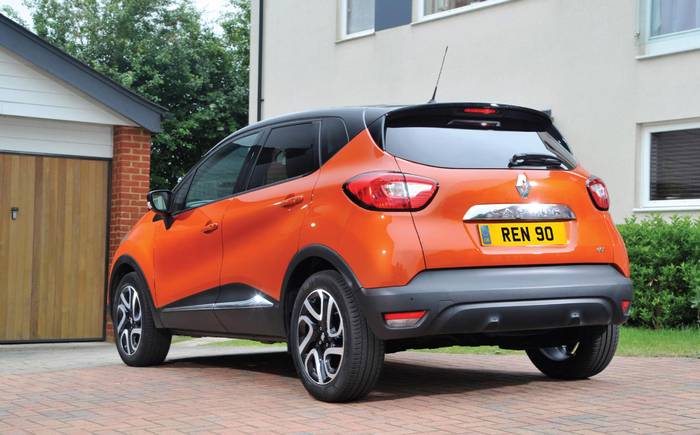 As mentioned earlier, the pick of the engines is the sole diesel option, which not only packs a decent punch from low down in the rev range but also revs freely, meaning it’s a surprisingly easy oil burner in which to have some fun. As diesels go, it is fairly refined and quiet but it isn’t as frugal as advertised; you’ll struggle to get near 76.4mpg. When it comes to CO2 emissions it’s the official stats that count, however, and at 95g/km the dCi motor sits in VED band A, so there’s no road tax to pay under current law.

There’s an awful lot of quirkiness within the Captur’s cabin and, save for the use of hard, glossy black plastic, for a large part it works. We like this plastic when it surrounds the stereo. We even think it works surrounding the switchgear on the door armrests. But why Renault should include it on the steering wheel is beyond us. Its ultra-smooth surface made testers’ hands sweat, and it felt unpleasant to grip. Buy this car by all means, but urge the dealer to provide a free steering wheel cover made of a sensible material – maybe then, Renault will get the message.

While we like the dash layout overall, and the instrument binnacle is particularly stylish, some of the plastics (non-glossy) do feel cheap. The glovebox is notably flimsy, for example. There’s a shortage of useful cubby holes, too; particularly ones with lids.

The optional, removable seat covers are also suspect. They’re a slightly odd, gimmicky feature. You can see what the designers were trying to do with the interior, though, infusing some fun and flare into a saturated SUV market full of dull clones. For that, Renault gets 10/10 for effort.

The Captur also scores well when it comes to use of space. While the tallest people will struggle to fit comfortably in the rear seats, two six-footers will be able to sit one behind the other without too much problem. The rear seats fold flat and the boot is also a decent size considering this is a compact crossover.

The excellent R-Link touchscreen multimedia system is a £450 option for Dynamique trim levels and may be an attractive extra for potential buyers when you come to sell the car.