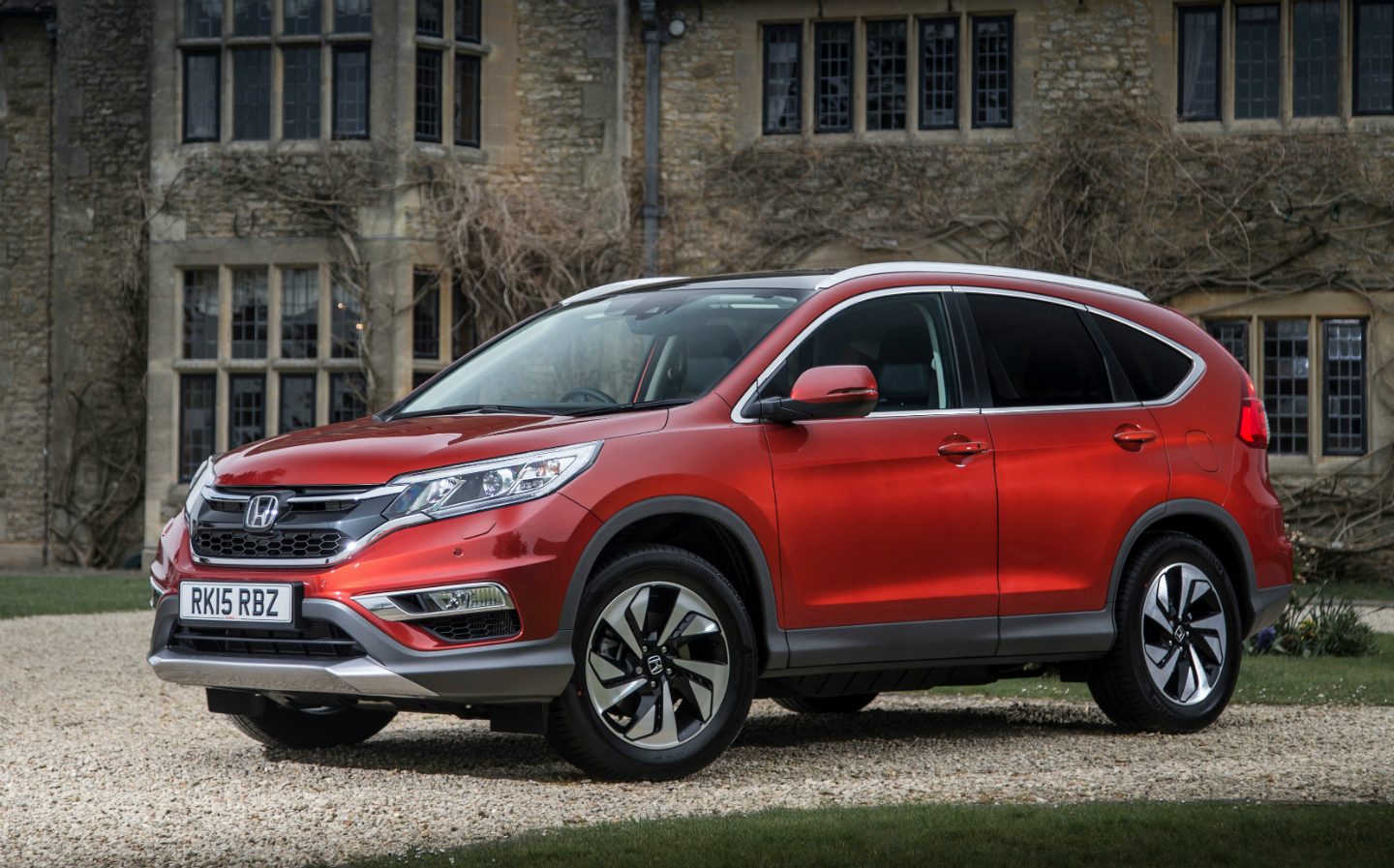 The British-built CR-V is one of the world’s most popular soft-roaders. Over 5m have been sold since the original went on sale in 1995, and the latest version is the fourth attempt at perfecting the recipe for a large and practical family car that doesn’t cost the earth to run.

If you’re considering buying a CR-V, then any shortlist should also include the BMW X3, Ford Kuga, Hyundai Tucson, Kia Sportage, Volvo XC60 and VW Tiguan.

This sector of the car market is nothing if not competitive – and bears little relation to when the CR-V was launched. However, Honda has facelifted the car and revised the engine and gearbox range in a bid to keep it competitive. And buyers should note that an all-new, fifth generation model will go on sale in Britain next year.

View the used Cars for sale on driving.co.uk

Which is best for you depends on your annual mileage. Taking into account the difference in their prices and fuel economy (as of Feb, 2017), and the average cost of petrol and diesel, a motorist covering 6,000 miles a year would only recoup the extra spend on the diesel model (through its superior fuel consumption) after 3.4 years. Double that annual distance and drivers would be better off with the diesel after just 1.7 years.

There’s also a new version of the 1.6-litre diesel, which makes 158bhp, putting a spring in its step, and it only comes with four-wheel drive. It’s markedly more expensive, starting at £28,560, but, as we’ll come to, it’s a convincing package.

The basic 1.6-litre i-DTEC, promises to be a popular selling version. After testing it, we can understand why. It revs freely and smoothly, is quiet at all speeds and has a decent helping of torque at low revs, which makes for effortless progress. It’s not especially powerful, and therefore the CR-V is no ball of fire, but that’s not why you buy this model; the car maker’s claimed 64.2mpg is.

The infotainment system is confusing, flummoxing even teenage children

In reality, it achieved 56mpg in our hands, over a mix of inner-city, main road and country road driving, which is still impressive for this size of car. Road tax is low and, thanks to the model’s low CO2 emissions, company car drivers benefit from competitive tax rates.

The six-speed gearchange is a delight to use but drivers who prefer an automatic will have to pick the petrol or more powerful diesel, as the 118bhp 1.6-litre CR-V doesn’t get it.

The CR-V’s roadholding and ride comfort are nothing to write home about, despite changes to the car’s suspension and wider front and rear tracks. This is a functional car, not a satisfying one in the way that a Ford Kuga or BMW X3 are. The engine’s significant amount of torque (much more than the petrol model) can set the front wheels scrabbling for grip, especially away from traffic lights or around tight bends, while the ride comfort feels too stiff for a family car.

We’ve also driven the new version of the 1.6-litre diesel, which makes 158bhp and only comes with four-wheel drive. The added power and torque really does put a spring in its step, making it faster and more responsive in every respect.

If you frequently drive with the car weighed down by a growing family and luggage, the more potent diesel is the pick of the range, and can still return up to 57mpg with a manual gearbox.

We didn’t get to try the new nine-speed automatic, but Honda claims it can still return up to 55mpg when fitted to the diesel motor. As with the two-wheel drive CR-V, the four-wheel drive model is not the most satisfying thing to drive. The steering is a little vague, the body rolls in a disjointed fashion and there’s an underlying firmness to the ride comfort.

Clever ideas abound in the CR-V’s cabin. A neat touch are the handles (in the boot, or on the sides of the seat base when the rear door is opened) which automatically flip the seat bases and lower the seat backs. Combine these with a big boot (589 litres with the seats up, 1146 litres with them folded) and the CR-V is one practical car.

You get reclining back seats, which will help children sleep better, and the two outer chairs feature Isofix mounts for child seats.

In the front, the driver and passenger can make use of stacks of stowage space and a wide-angle mirror that can be lowered from the roof. It also doubles as a glasses holder. Panel fit in the cabin is impressive; everything you can see looks millimetre-perfect.

However, the choice of plastics in some areas is downmarket and disappointing. And the infotainment system is confusing, flummoxing even teenage children, which is saying something.

At least there’s some fun to be found in the instrument lighting which, when you’re in Eco driving mode, is green, to up the feel-good factor, changing to white when the driver’s right foot is applied over-enthusiastically.

If the CR-V has a weak point, it’s that its three-year (or 90,000 mile) warranty doesn’t match the generous cover that Hyundai and Kia offer (five and seven years respectively). Buyers intent on keeping their car for more than three years should, therefore, consider their priorities.