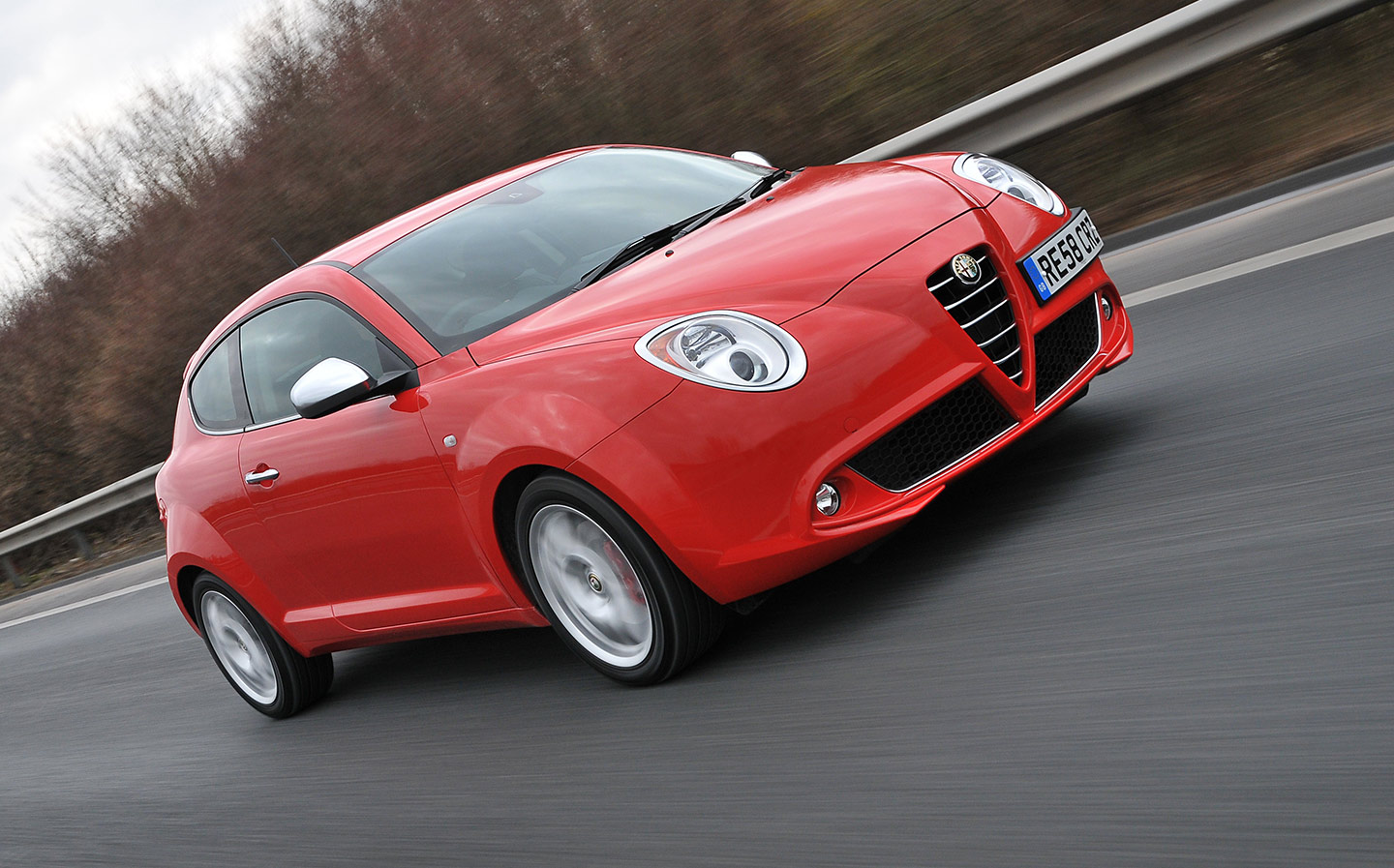 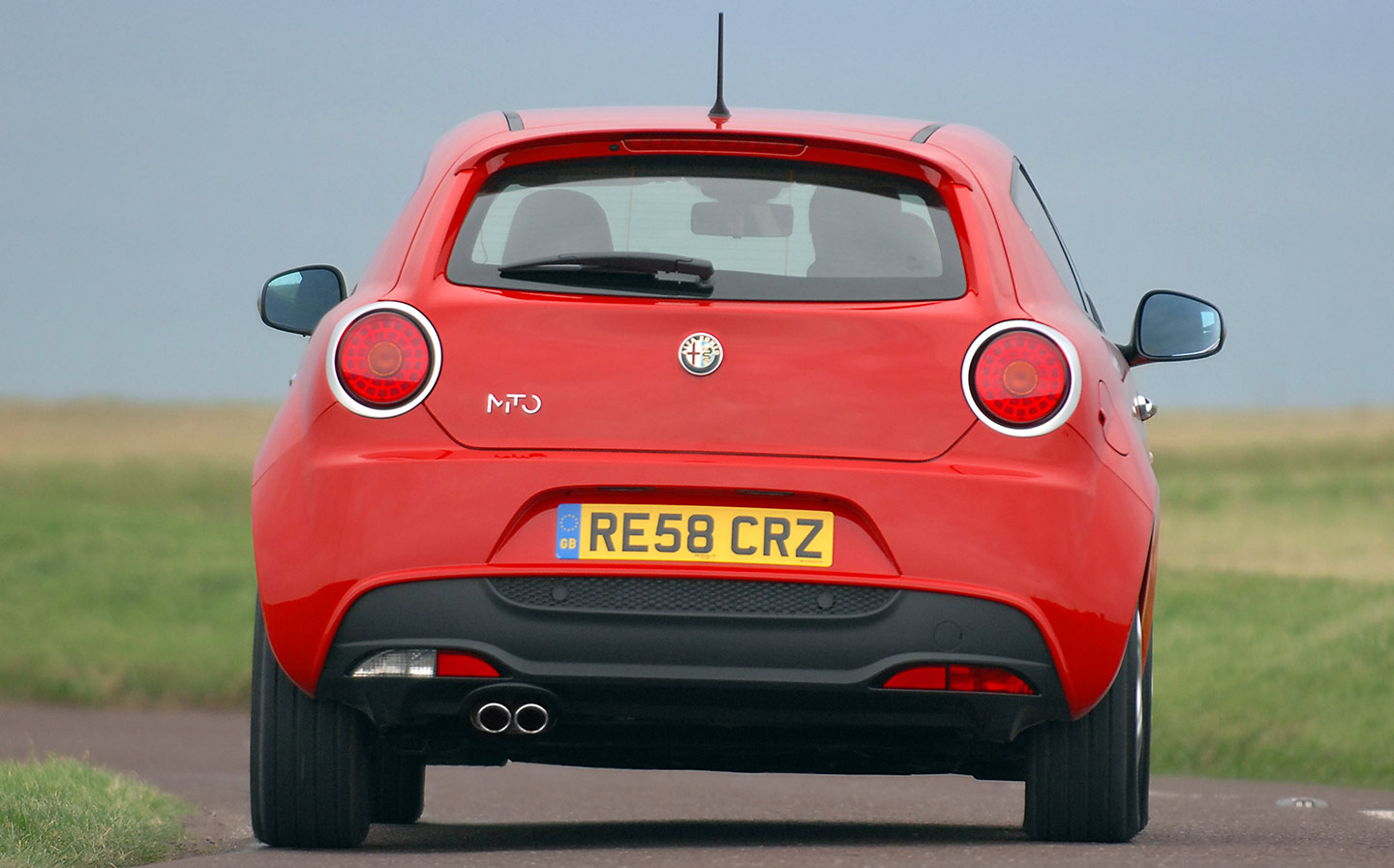 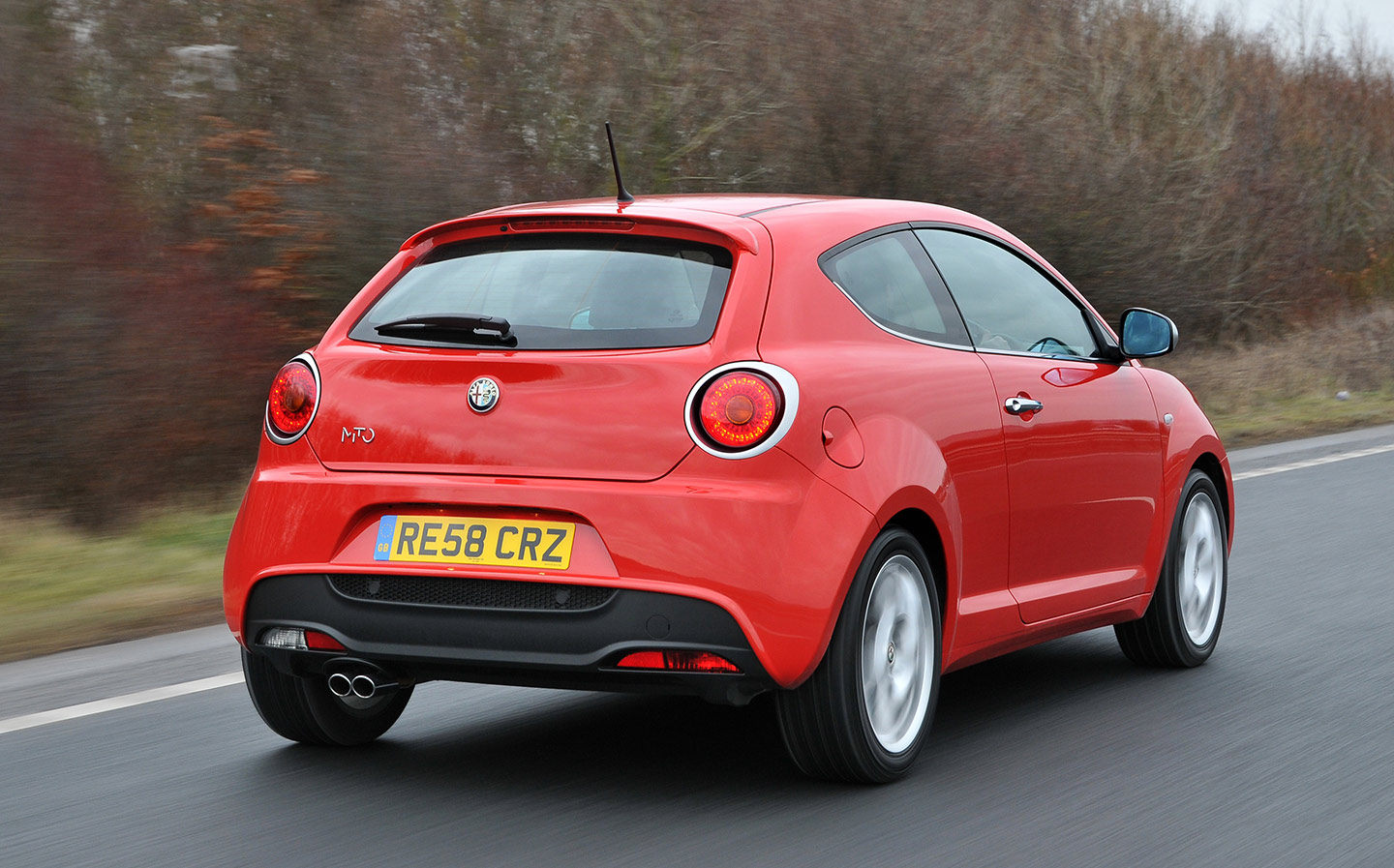 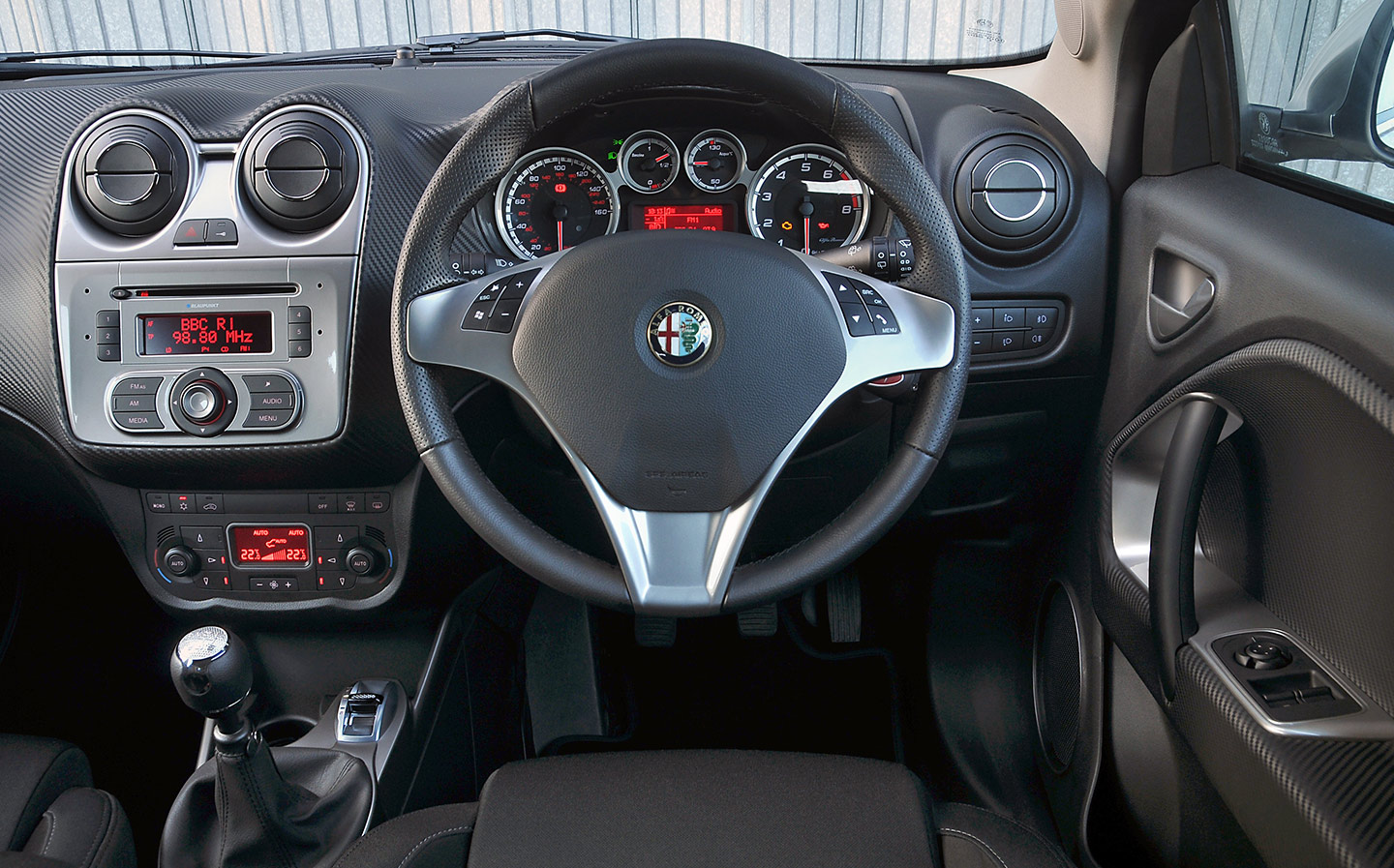 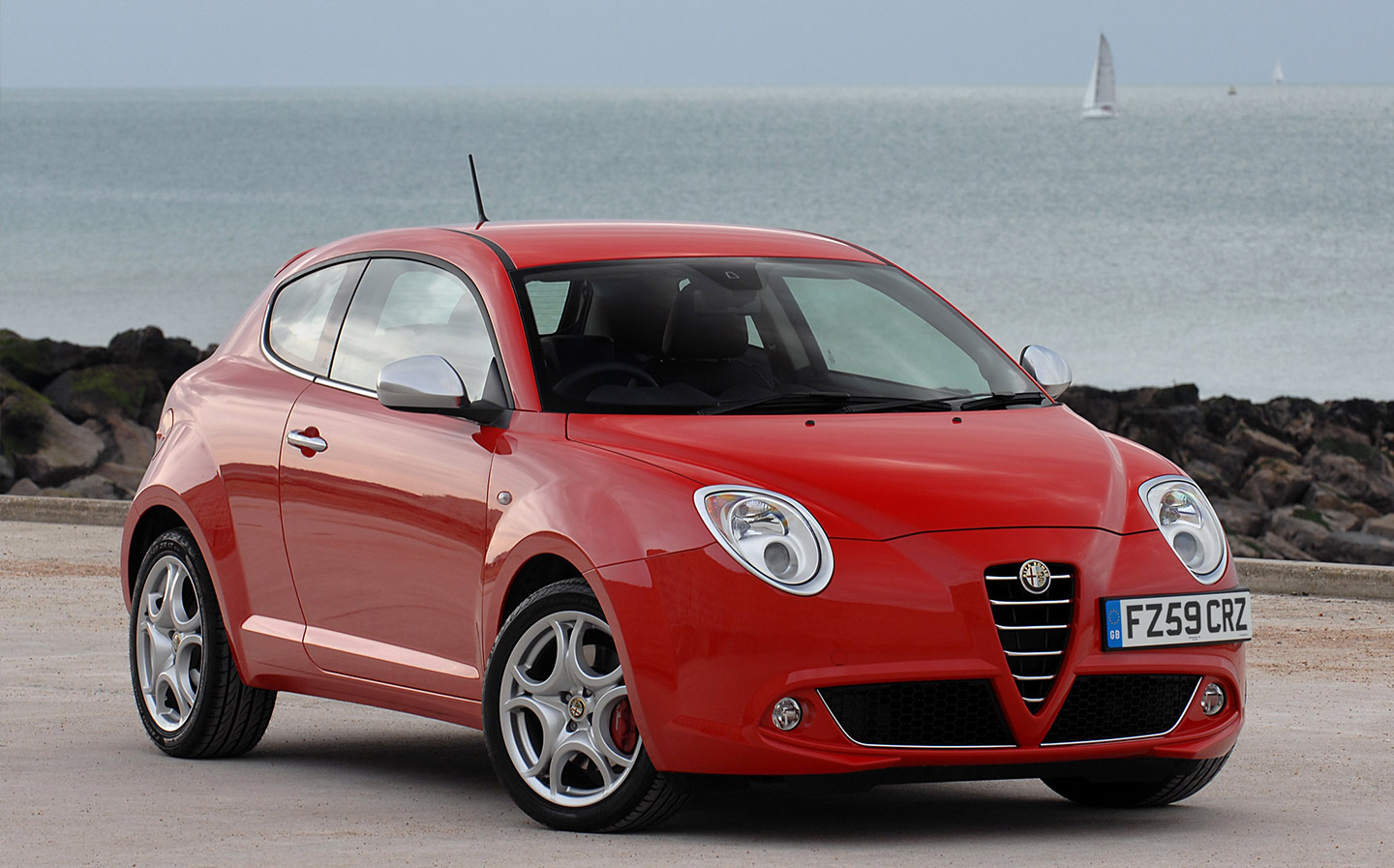 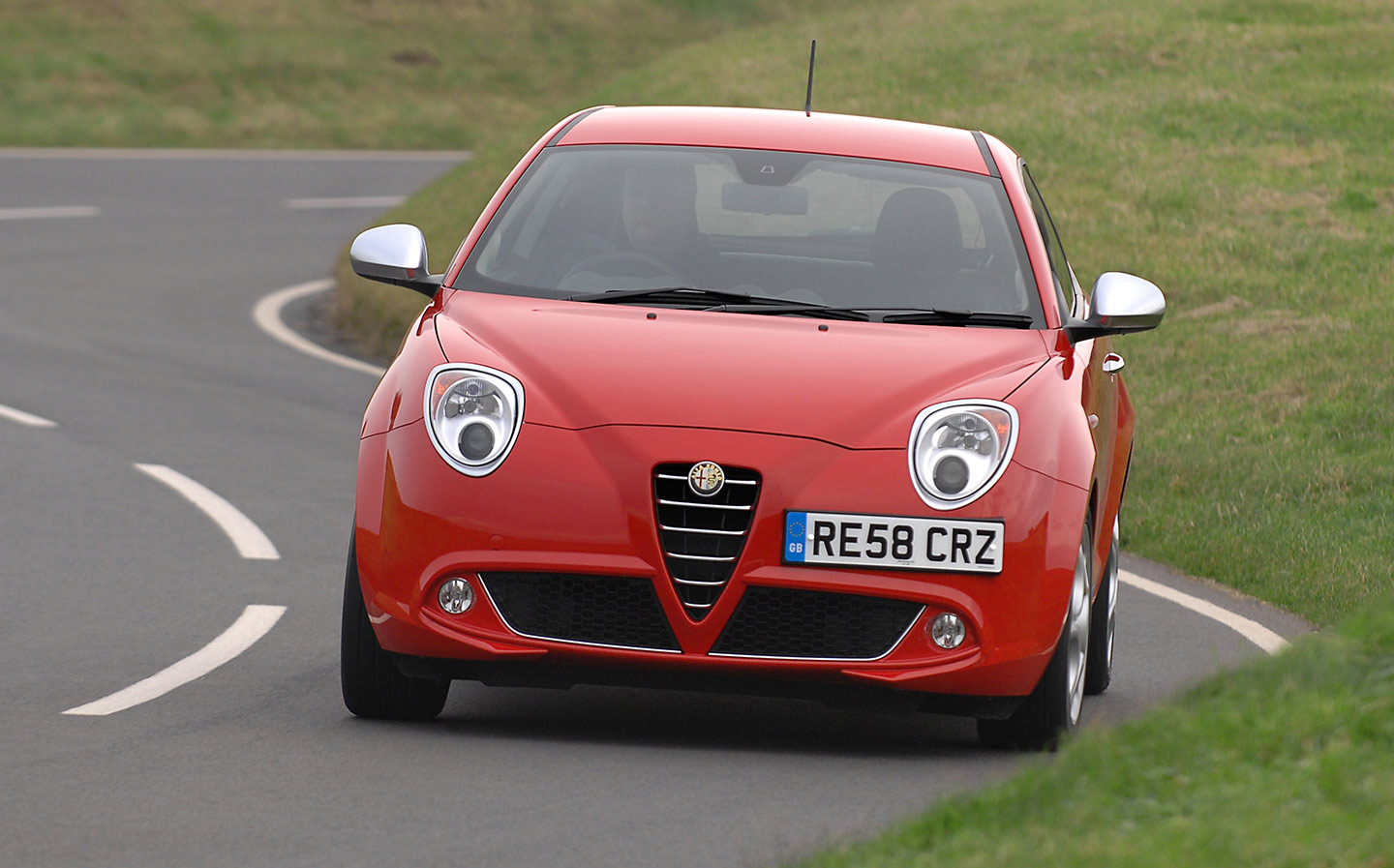 By Richard Bremner
Share Article
An appealing car but not quite not as good as it looks.
Pros
It’s distinctive, stylish
An eager engine
The appeal of an Alfa badge
Cons
A choppy ride
You’ll strain your neck trying to reverse
A Fiesta makes a better drive
Cars > Alfa Romeo > MiTo

What is the Alfa Romeo MiTo?

This is Italy’s answer to the Mini Cooper and a spicy Latin alternative to the Audi A1. All three are upmarket superminis, their admittedly higher prices justified by bolder, classier styling, a higher grade of interior finish and more sophisticated road manners. That’s their makers’ claim, anyway. The MiTo (its name is a shortening of Milan, where Alfas are made, and Turin where they’re built) is available only as a three-door, and comes with an unusual range of engines that includes a down-sized, turbo-charged petrol twin cylinder (the Twinair, as used by the Fiat 500), an advanced MultiAir 1.4 petrol and a 170bhp version of the same engine that carries the sporty Quadrifoglio Verde badge. Diesels include a 1.3 and 1.6.

Alfa Romeos tend to carry a weight of expectation born of the marque’s sporting history and often beautiful styling, although the promise is not always realised on the road. But the MiTo gets off to a good start with its chunkily muscular lines, distinctive Alfa grille and classy-looking cabin. Prices range from £12,500 to £18,765

Alfa Romeos have always been sportily flavoured cars and the MiTo is mixed the same way, its quick-acting steering, enthusiastic engines and firm ride all signatures of a car designed to be keenly driven. Trouble is, the ride quality on most versions is often turbulent enough to spoil the enjoyment, and you’re not paid back with much in the way of high-speed composure or ultra-precise steering, either.

Oddly, it’s the most sporting MiTo of them all, the 170bhp Quadrifoglio Verde, that’s the smoothest of the bunch because it has more effective electronically controlled shock absorbers. Usually, the fastest car in a range is also the firmest riding. But it’s the same engine in less powerful 140bhp guise that makes the best all-rounder with its mix of clean-revving eagerness and good fuel economy, aided by standard-fit stop-start. The 1.3 and 1.6-litre diesels, though more economical, are noisier and can make life uncivilised when high-speed wind noise and the thumping suspension chime in.

Alfa also offers a two-cylinder model, called TwinAir, with an 875cc turbocharged petrol engine that’s shared with some Fiat cars. Its characterful noise and slow-revving nature is an acquired taste, and it struggles to pull the 1,130kg hatchback along, so you end up driving everywhere with a heavy right foot and failing – by an utterly miserable margin – to achieve the claimed fuel economy of 67.2mpg. We struggled to achieve more than 45mpg.

Further challenges to your karma include poor visibility while reversing — there’s a price for all that style — and the gear-change isn’t the slickest. What’s more, the light TwinAir model gets blown around in crosswinds.

All this would be find were it fun to drive, but it’s nothing like as good as a Mini or Fiesta. Your entertainment is claimed to be enhanced by Alfa’s so-called DNA control, a three-position switch that alters the behaviour of the throttle from subdued (and economical) to enthusiastic and much more Alfa-like. It’s a gimmick we could live without given this is not a supercar that needs to be tamed on public roads.

An unusually sculpted dashboard that can be had in various two-tone colour scheme, stylishly trimmed seats and a sporty aura lend the MiTo’s cabin considerable charm that would be stronger still if it weren’t rather gloomy. Blame the small rear windows for that. The rear seats are tight and difficult to get to, while the front buckets are mounted too high for some and are short of back support. So the MiTo is not the most comfortable ride, despite the cabin’s (mostly) high-end appeal. The boot is a good size, however, even if its high lip can make it a pain to fill. Safety is a strong point, the Alfa collecting the full five stars for occupant protection, aided by no fewer than seven airbags.

Interior looks high on first acquaintance, the soft-feel dashboard, the fashionable upholstery and the flashes of aluminium creating a good impression, but closer inspection reveals plentiful low-grade plastics. Audi’s A1 does it better. And Alfa’s reliability record isn’t the shiniest either, although it is improving.

There have been no factory recalls for the MiTo since its launch. Owner reports, however, appear to fall into one of two camps; those with faultless cars and those with a steady flow of niggles. Fortunately, the second group is significantly smaller. Those who have reported problems tend to cite issues with the audio system, occasional rattles, and faulty sensors giving false dashboard instrument readings. Most owners have these issues resolved by the franchised dealer network, which has improved in the wake of a cull of the weakest ones.