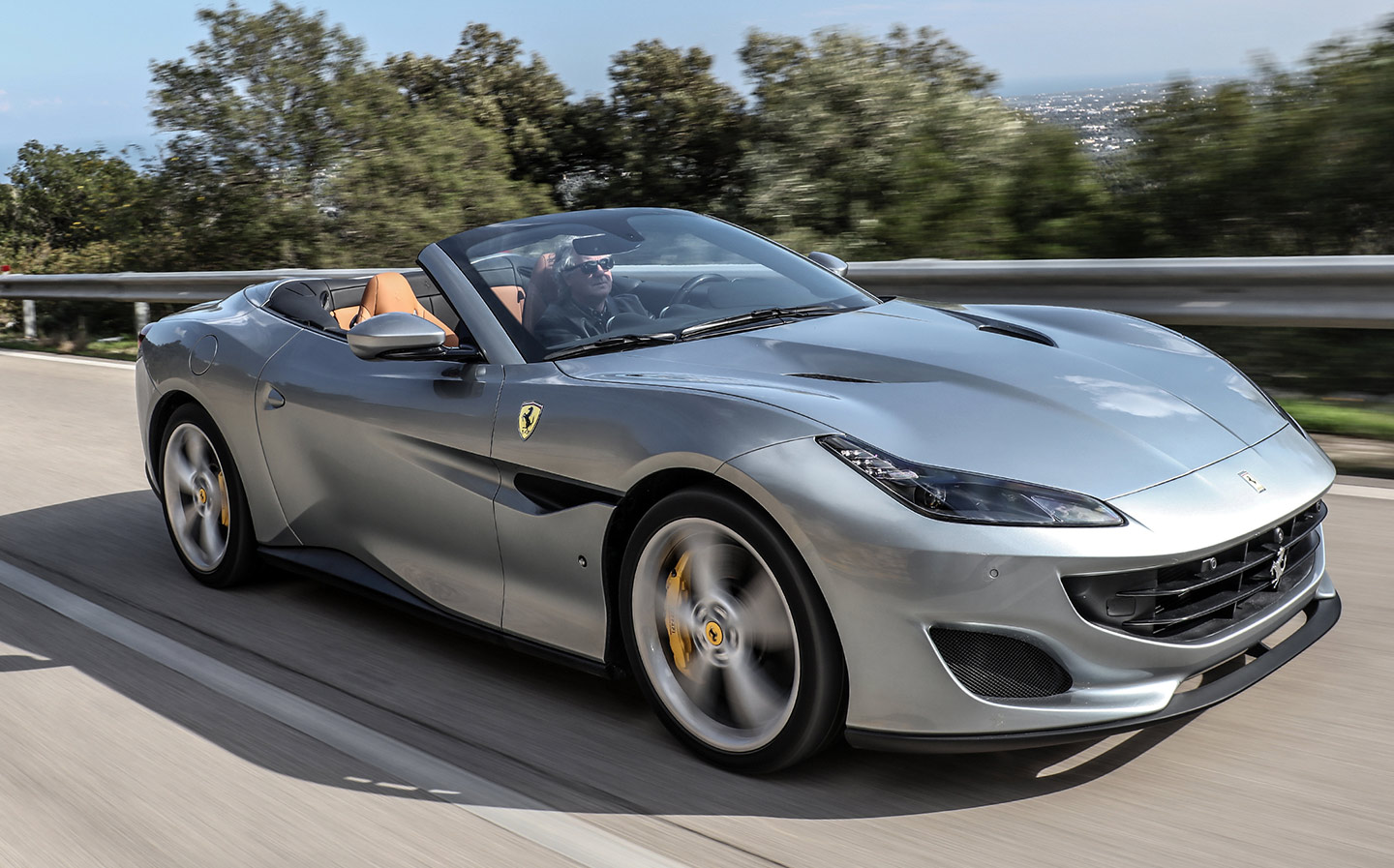 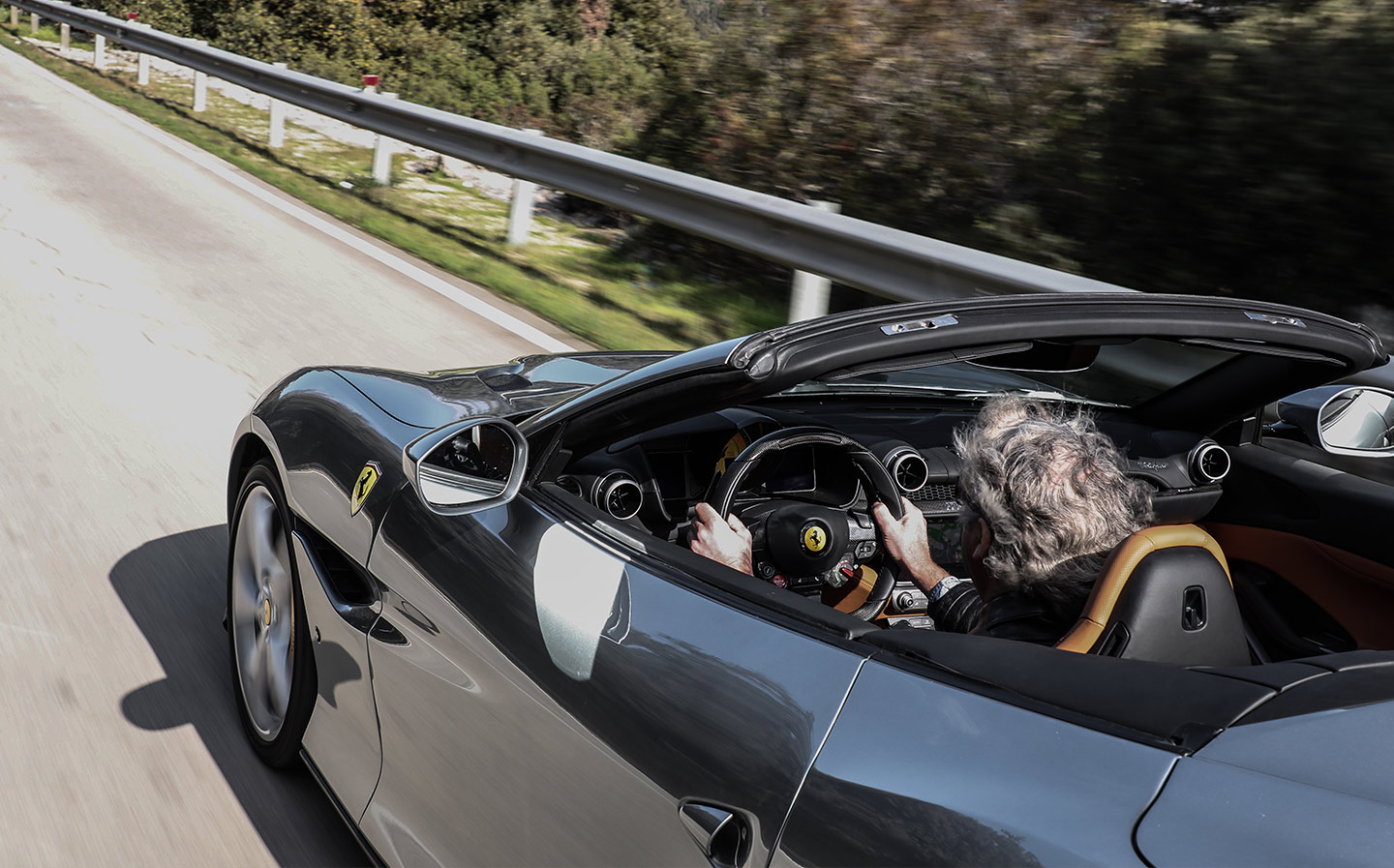 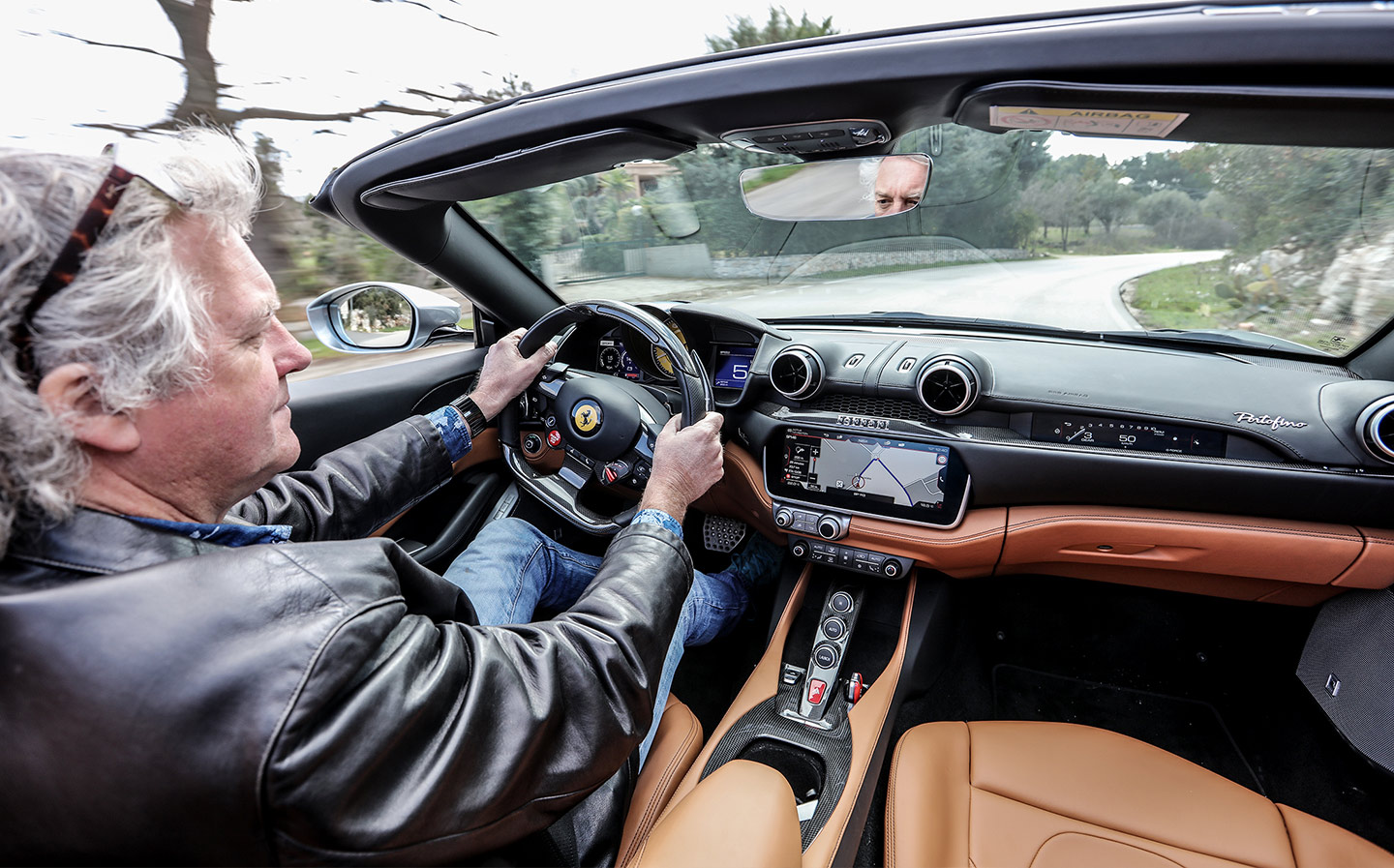 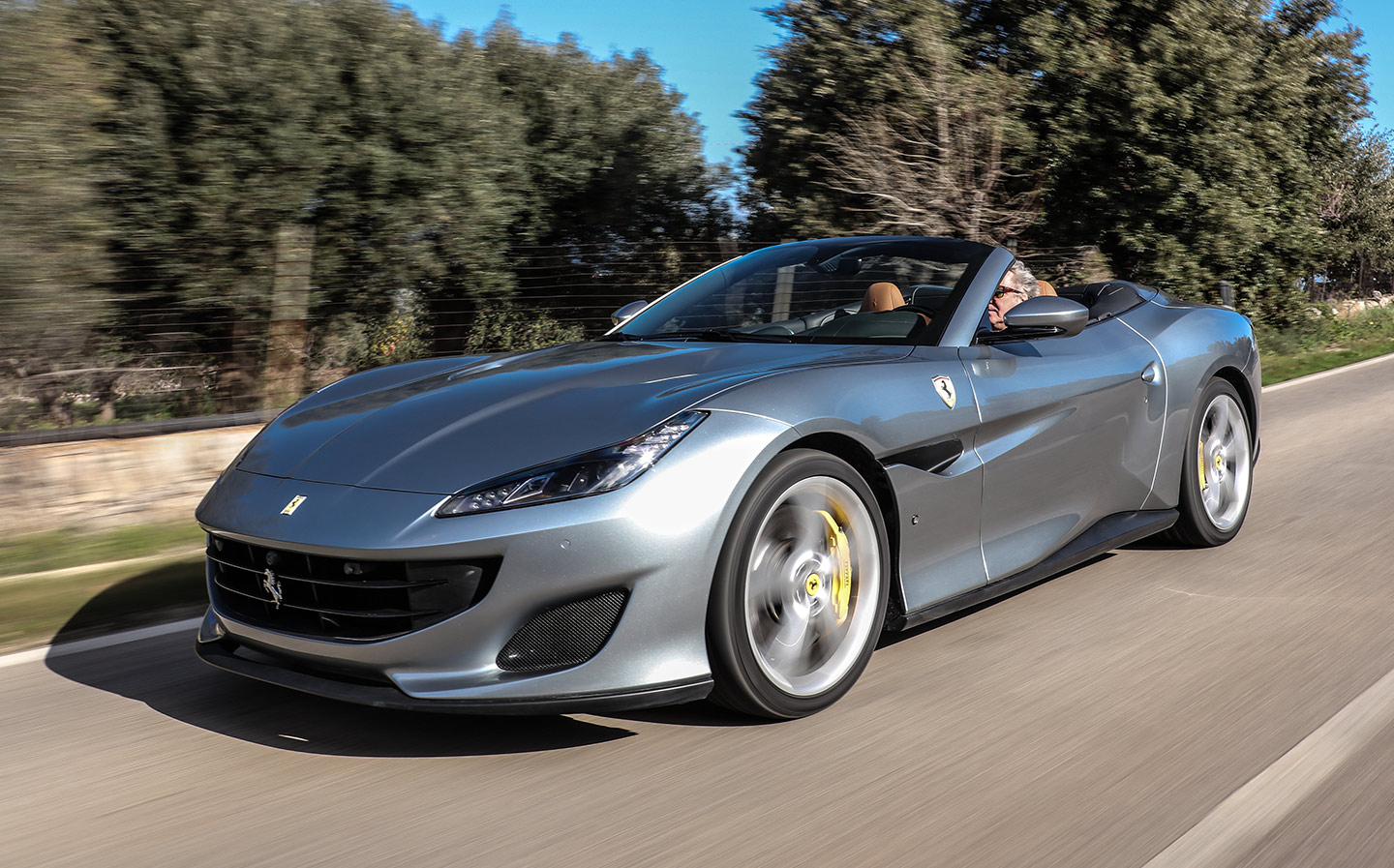 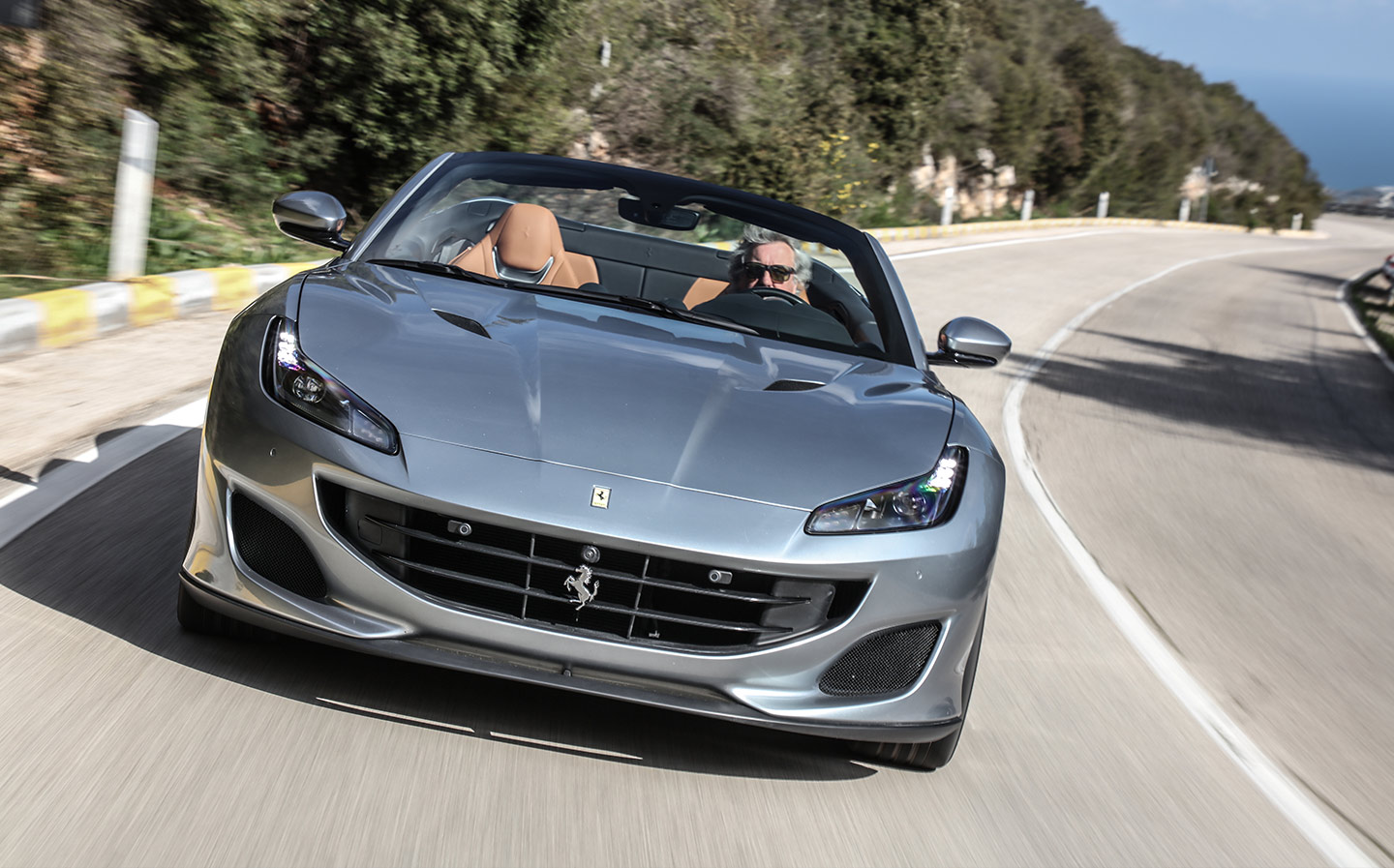 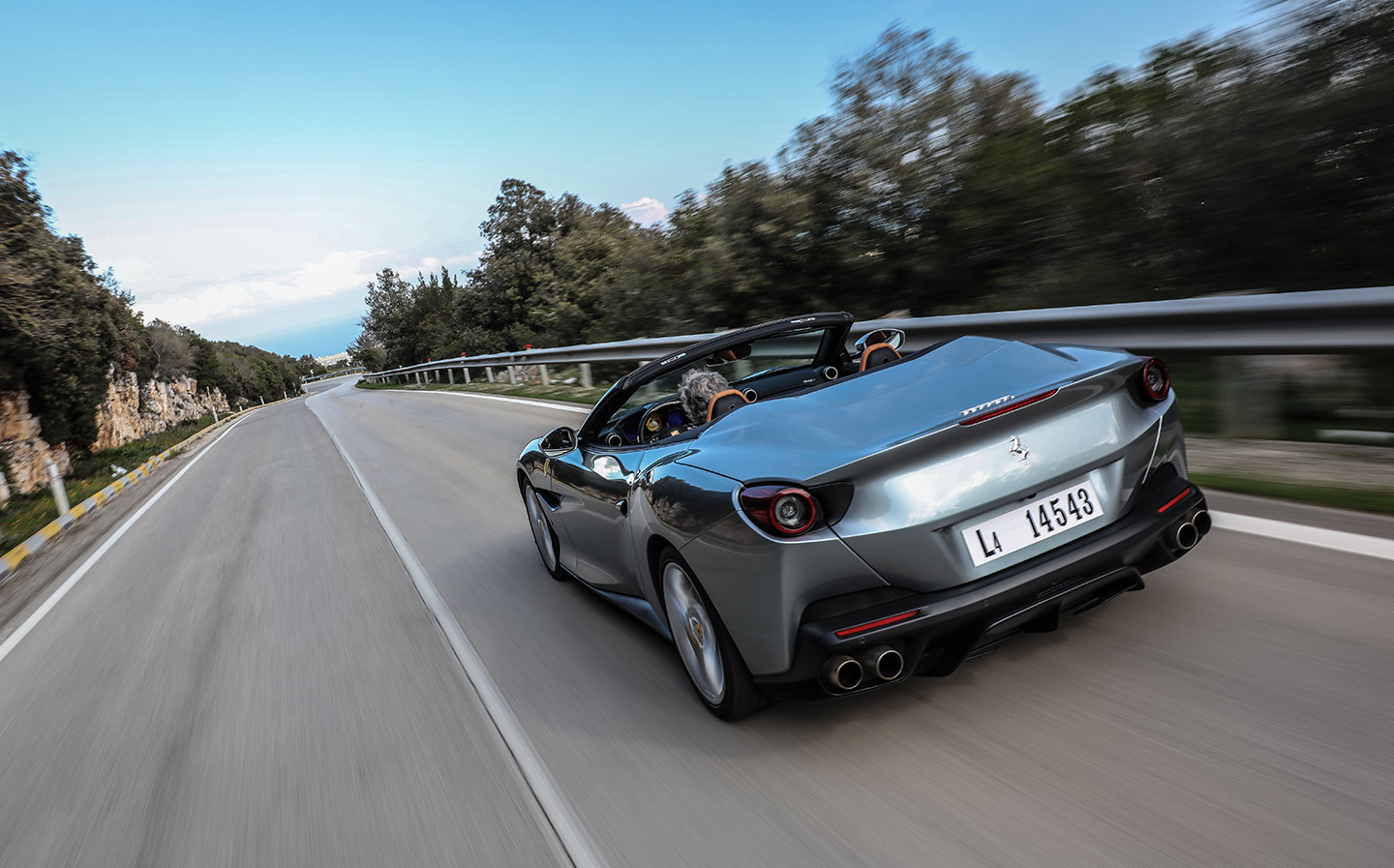 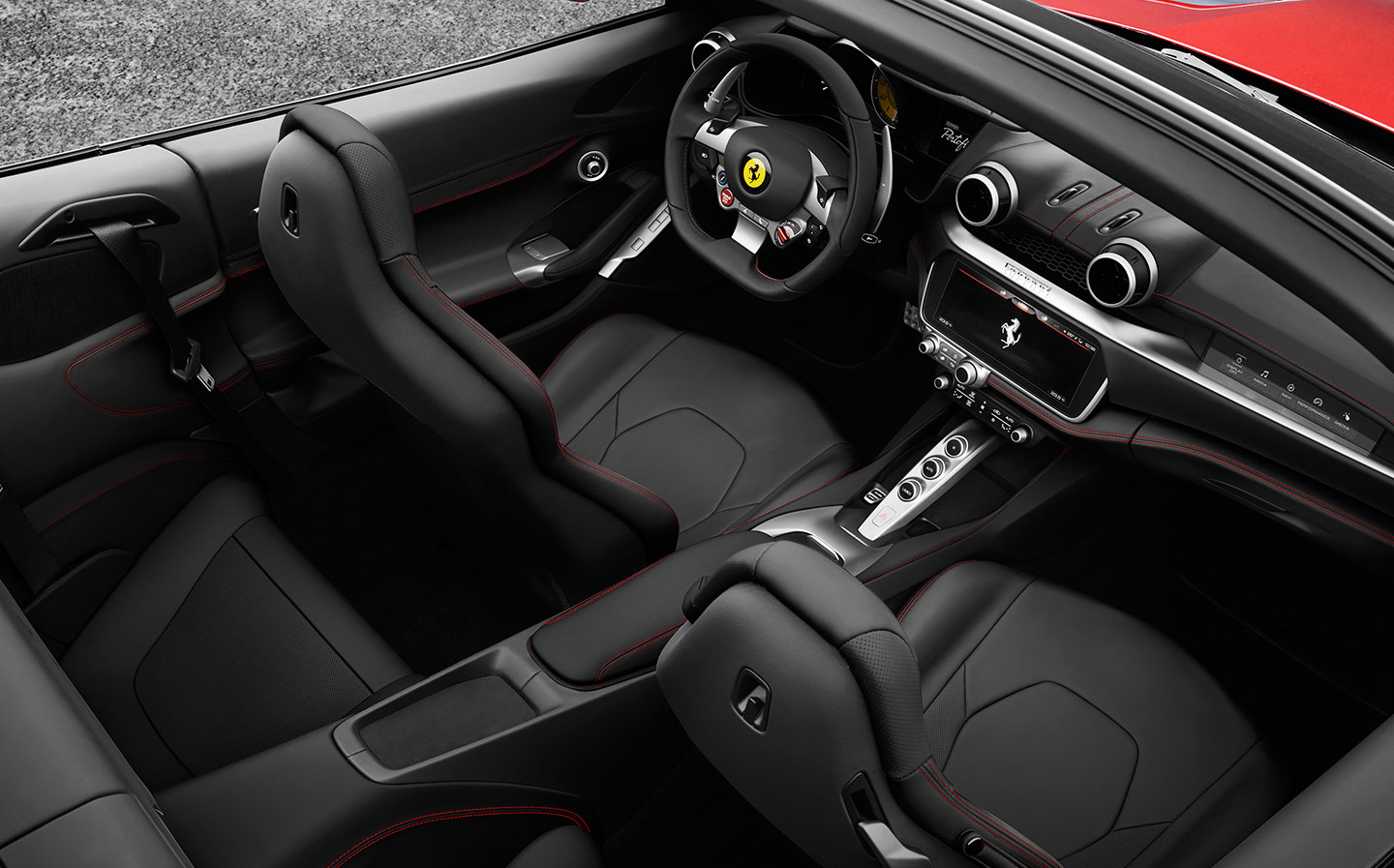 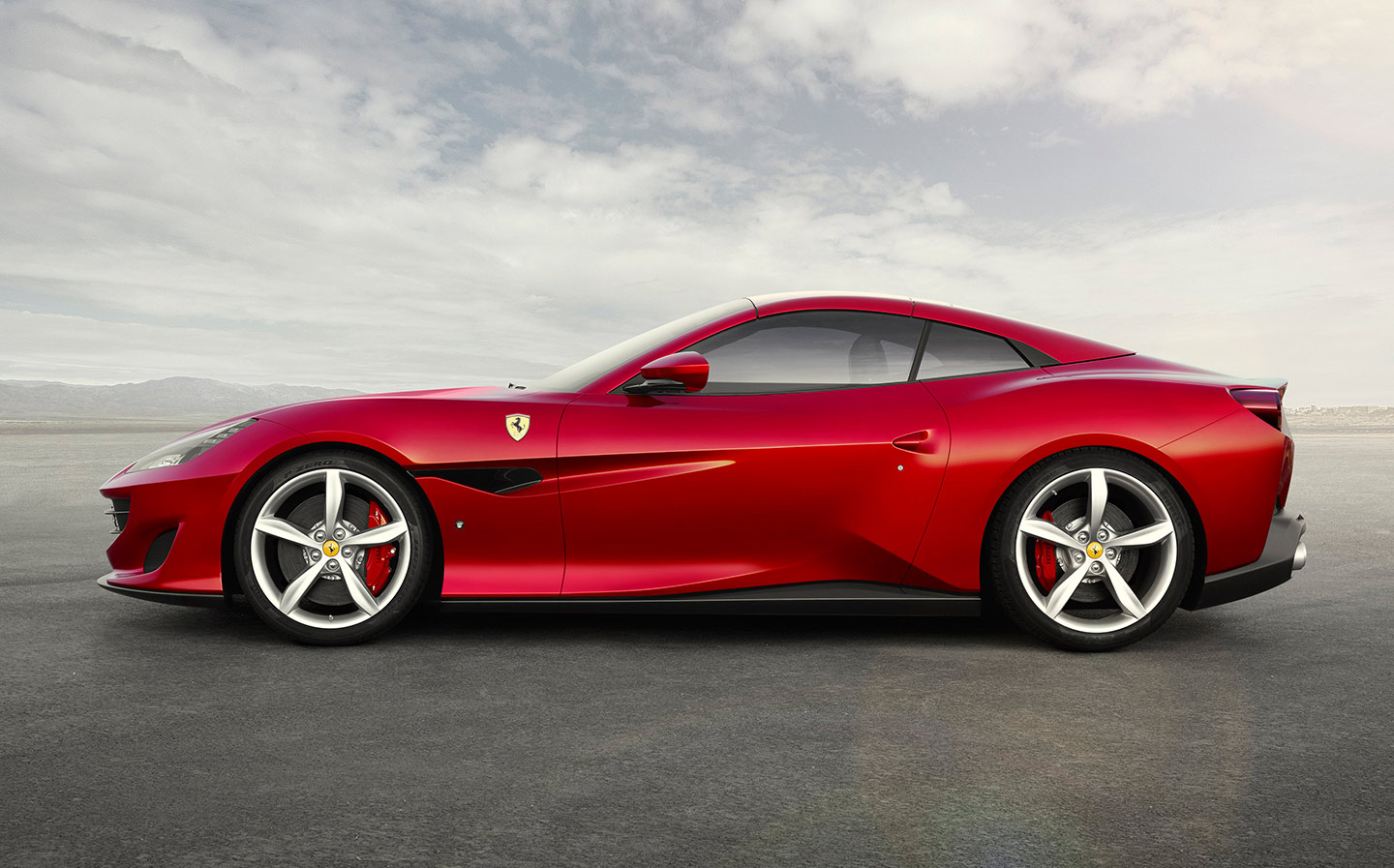 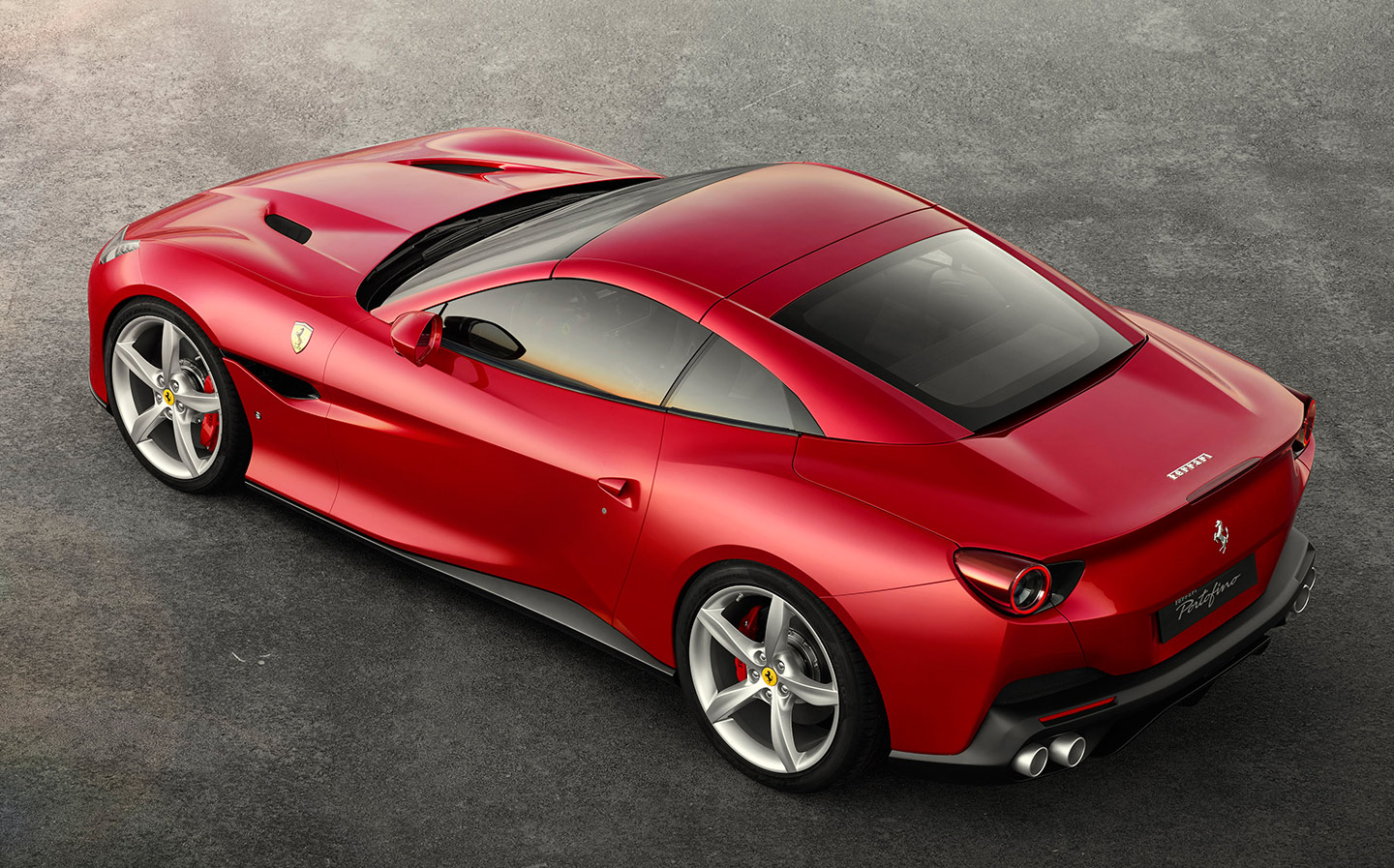 By James May
Share Article
Hiding its Ferrariness under a bushel is its most appealing quality
At a glance
Pros
Gorgeous, contemporary styling
Monstrous performance, but...
...it's best as a drop-top cruiser
Cons
Not 'affordable', despite what Ferrari claims
Sport mode is unnecessary
Arguably not a proper Ferrari
Specifications
Cars > Ferrari > Portofino

One of them showed a Portofino artfully posed with the camping gear one can allegedly fit into its boot. Really? Camping, in your Ferrari? I suppose it might have been a joke, but a joke in a Ferrari technical briefing is a bit like a meeting of the General Synod of the Church of England sanctioning the Ibiza club mix of Praise, My Soul, the King of Heaven.

At one point there was a gratifying slide showing a picture of a piston and a graph about peak cylinder pressure at 7,500rpm, which is 10% up on the Ferrari California’s. That’s more like it! But this was quickly swept aside in favour of more lifestyle imagery and marketing. Honestly, it’s the end of days.

Still, I did at least learn a few things: 70% of buyers of the “entry-level” convertible Fezza are new to the marque, and they drive them half as much again as the owners of the mid-engined cars. More women buy them, though not as many as Ferrari would like, because most women have more sense.

Also — and this was conveyed to me most emphatically in an email even before I left for southern Italy — Ferraris are not expensive to own. All new ones come with seven years’ servicing included (which is a genuinely great thing), the fuel economy is better than ever in the new turbocharged era, and high residuals mean the real cost of long-term ownership is low compared with the crippling fiscal burden that attends owning an executive saloon, an SUV or any of the other tawdry tinsel of the unenlightened motoring masses. On paper, this is all true enough, but neatly overlooks the need to find £166,180 in your 2p and 1p jar in order to buy a Portofino in the first place.

What is this thing, exactly? It’s a V8 twin-turbo, 592bhp, not quite two-plus-two, front-engined roadster with a clever retractable hard top. Very handsome it is, too, but if I were a real bore, I’d say it isn’t a proper Ferrari.

The problem (usual caveat about it being a First World one) is this: once the roof comes off a car, everything else about it is secondary. When driving a Ferrari 488 Berlinetta (hardtop), part of the delicious thrill is the mere thought that you have accepted a certain amount of practical compromise and huge expense in return for being gifted an instrument of pure and uncompromised driving pleasure.

In the Portofino, the gift is God’s creation; the foals gambol alongside the road, the Woodbine spices are wafted, and merrie it is while summer lasts, but the same is available in equal measure in a Mazda MX-5 or a rotting Triumph Herald.

I hope this doesn’t sound mardy. It’s not meant to, I’m merely trying to articulate why the Portofino isn’t the same prospect as other Ferraris. It’s for the same reason that, on the used market, the Berlinetta versions of the mid-engined cars generally command a higher price than the Spider variants. The latter are seen as slightly flippant and off-message.

Fortunately, however, I’m not a complete car bore, so if we can put aside the facile worry that we’ve been a bit of a snowflake about Ferrari ownership, there’s a great deal to enjoy.

It looks like a Ferrari. It has supposedly been inspired by the Daytona but I don’t see this and regard that statement as a moment of weakness by Ferrari’s marketeers. One of the things that has made Ferrari so great is that it has always styled contemporary cars that come to stand unequivocally for their time. Look at the Testarossa now, a perfect paradigm for what the 1980s were about. Likewise the 308 of the 1970s. The Portofino has an angular modernity about it and, to my eye, suggests some Japanese influence.

It smells like a Ferrari too. It’s the unmistakable whiff of a luxury good, which I find comforting. The controls are all what you’d expect in a Ferrari, although it’s worth noting that the steering wheel’s Manettino switch — perhaps named after a 19th-century Italian tenor resident at La Scala — here offers just three settings: Comfort, Sport and one where all the driver aids are off, which you shouldn’t use, otherwise why didn’t you buy the 488?

See what I mean? They really should drop this setting and add one below Comfort denoted as “Poncing About”. It’s excellent for that. To my mind, the true measure of a high-performance car is how relaxing it is just to ponce about in. It’s what made the original Bugatti Veyron so astonishing.

The engine is an absolute monster, and the turbocharging naysayers really can pipe down now. Never mind that it can propel the Portofino to 60mph in under 3.5 seconds; Ferrari’s meticulous engine management means the powerband — the region of the graph between the onset of maximum torque and maximum power — lasts for 4,500rpm, making this a very tractable car.

Gearchanges can be discharged with race-car brutality if you keep your shoe down. They can be feathered if you curl your toes as you flick the paddle with a dismissive fingertip. The exhaust barks encouragingly, the steering is beautifully weighted for a charge through a curva pericolosa, a slight rear weight bias gives the Portofino a faint muscle-car demeanour.

But, really, who gives a toss? The single stalkless flower of the sun hangs in the inverted bowl of spotless blue etc etc and I am back to appreciating this car for what it primarily is, namely, one without a roof.

This is a particular treat for a Briton. If you live in the south of France, where the sunshine is predictable, a convertible can become a bit of a bore. But here, every opportunity to lower the roof is a small triumph in the long battle against the egg-headed miserablists of the Met Office, and precious as a result.

This, in the end, is why I fell for the Portofino — for the very reasons I doubted it in the first place. That its Ferrariesque characteristics are slightly dormant is actually its appeal. They are something to be dipped into at leisure, and very gratifying when they’re indulged. The rest of the time, this car is just a deeply desirable and muscular roadster with an especially effective wind deflector. That it also happens to be a Ferrari is simply confirmation of your wealth and good taste.

There’s something else. Of all Ferraris, the Portofino is by far the most usable, and that’s something worth considering as the years advance and settling into one of the V8 cars elicits an ever-louder sigh of relief. The poet Larkin wrote of the tyranny of “age, and then the only end of age”. But it’s nice to know there will always be an appropriate Ferrari to go with it.
Tweet to @MrJamesMay Follow @MrJamesMay