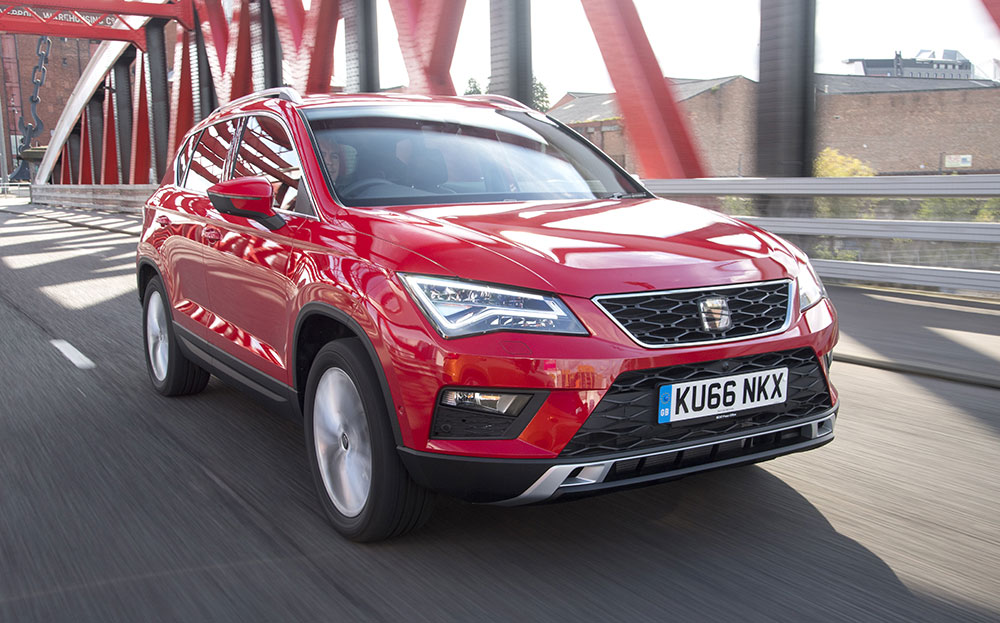 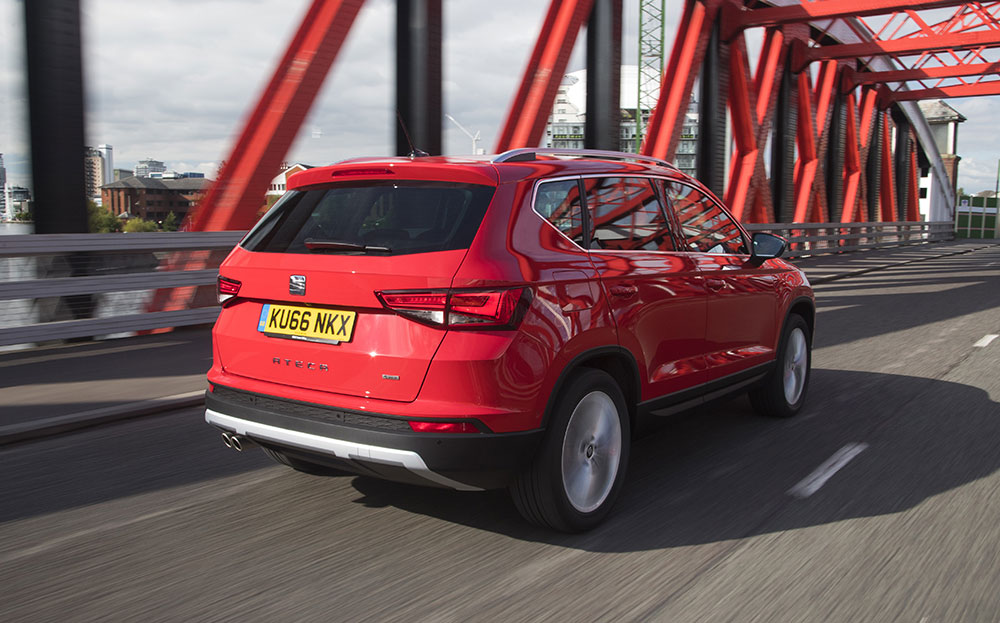 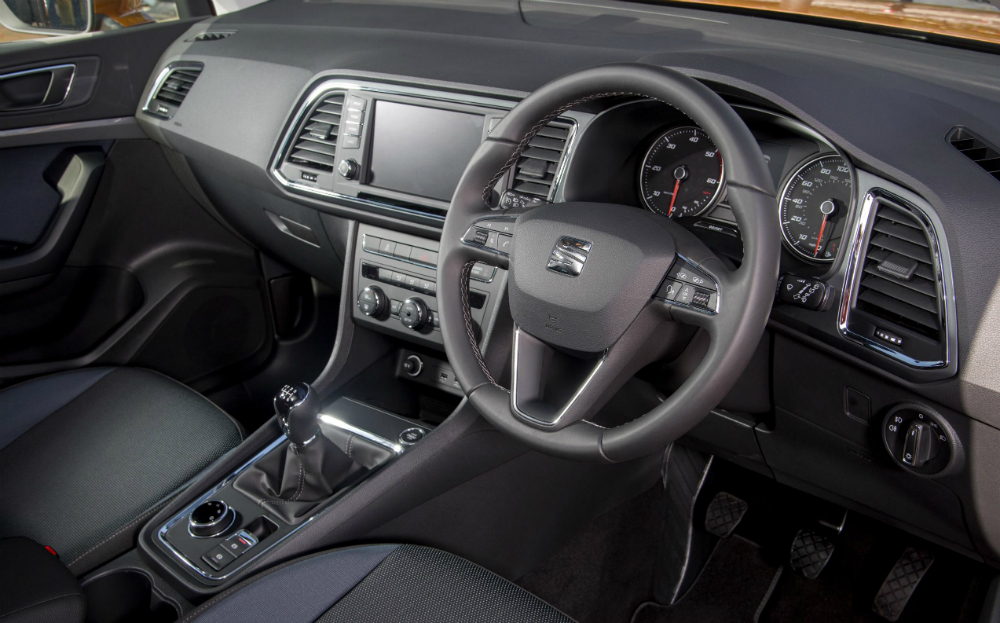 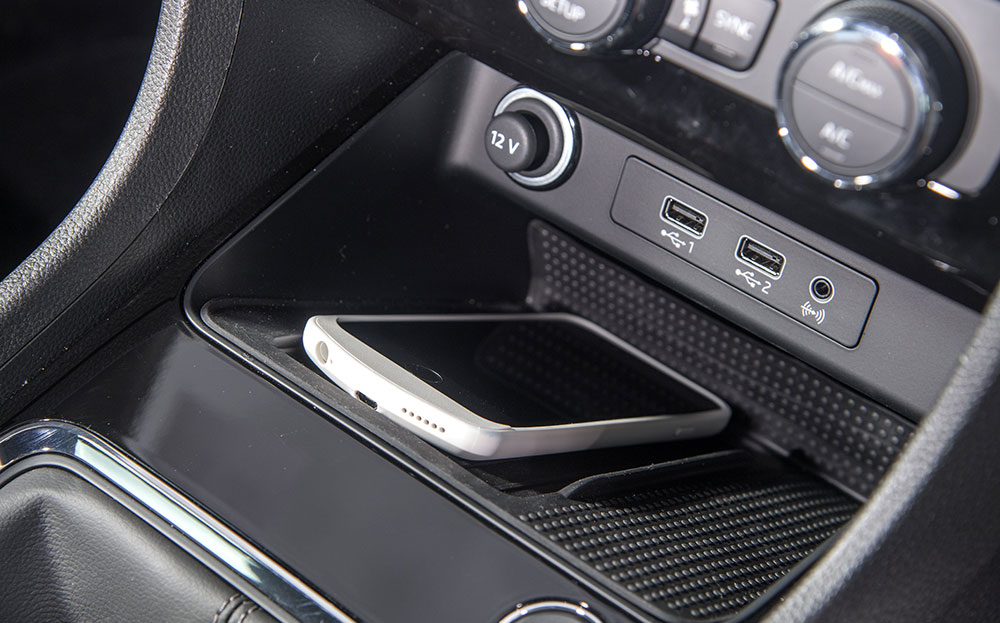 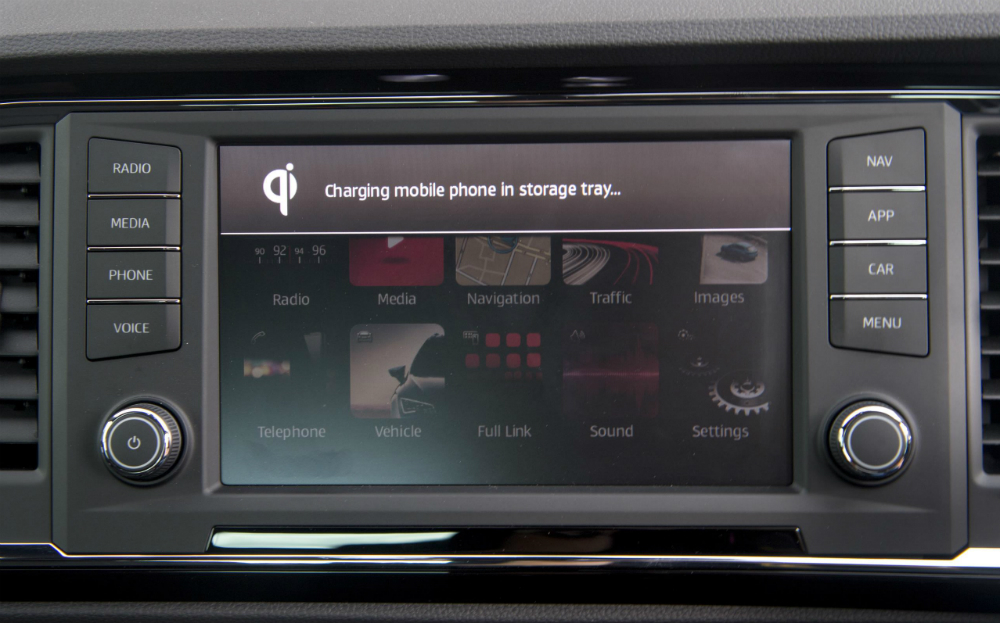 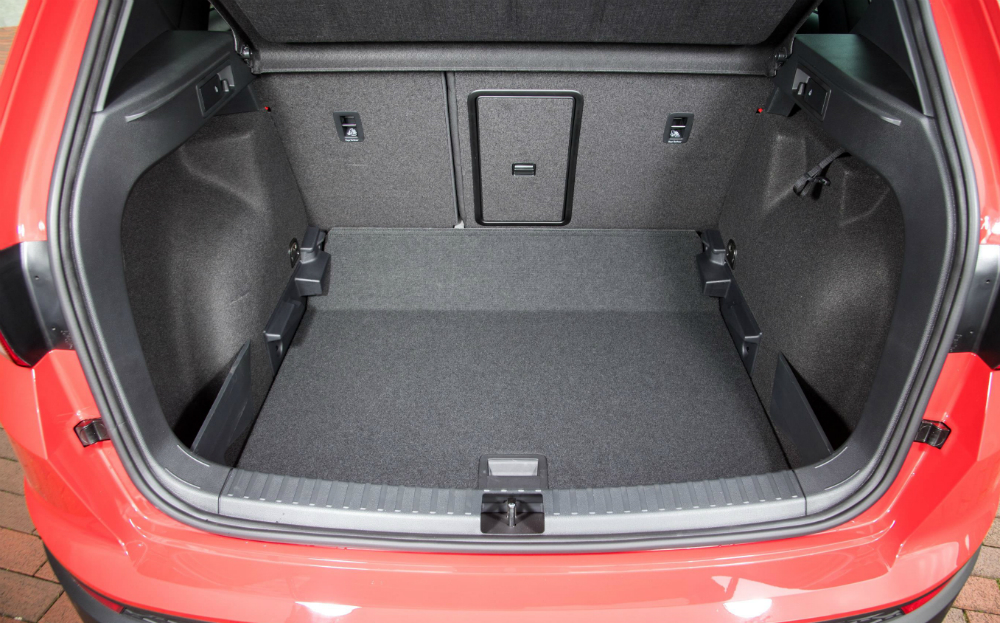 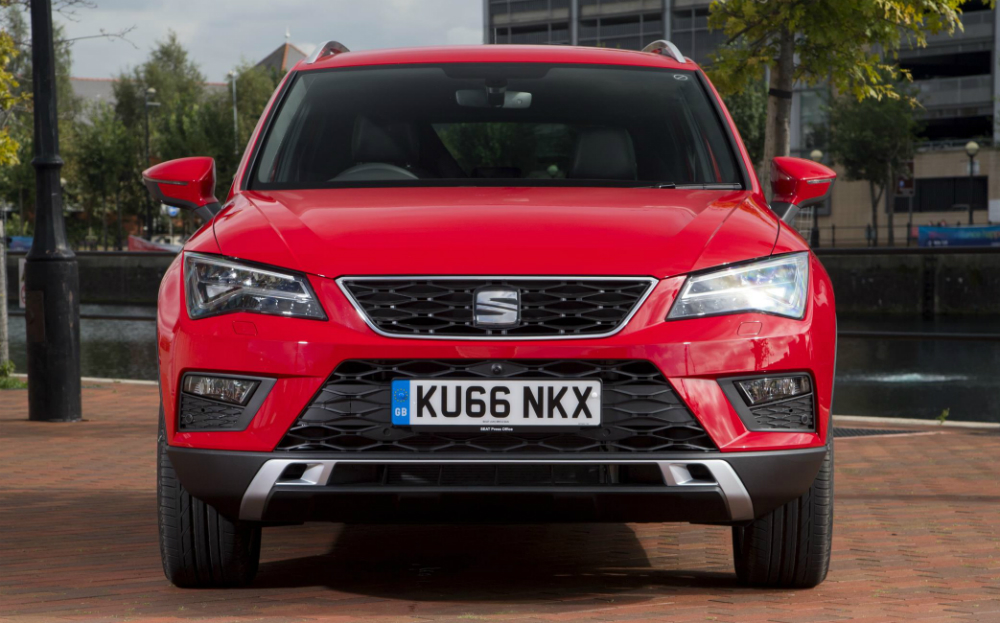 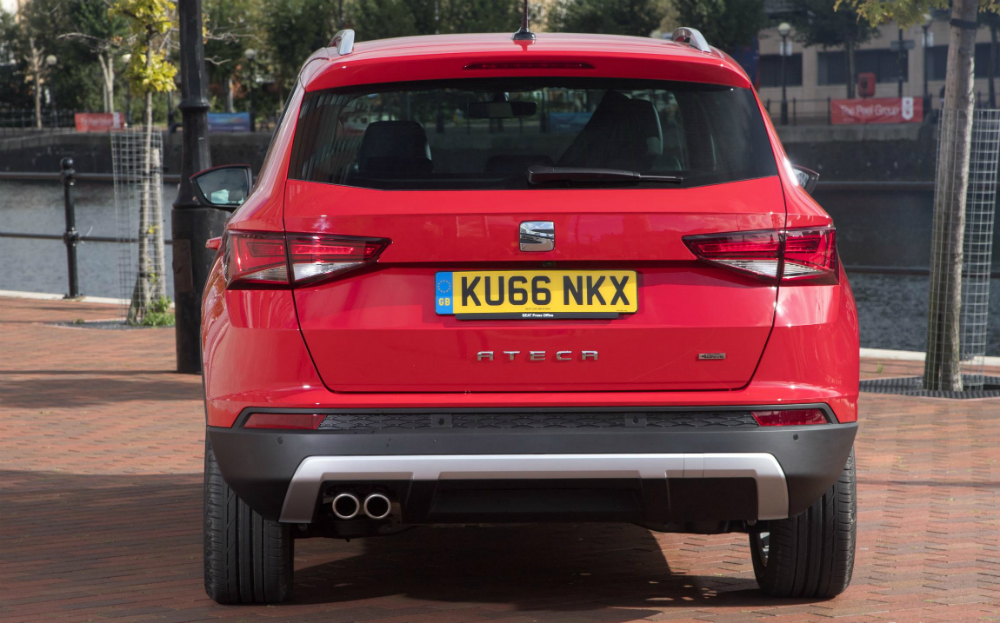 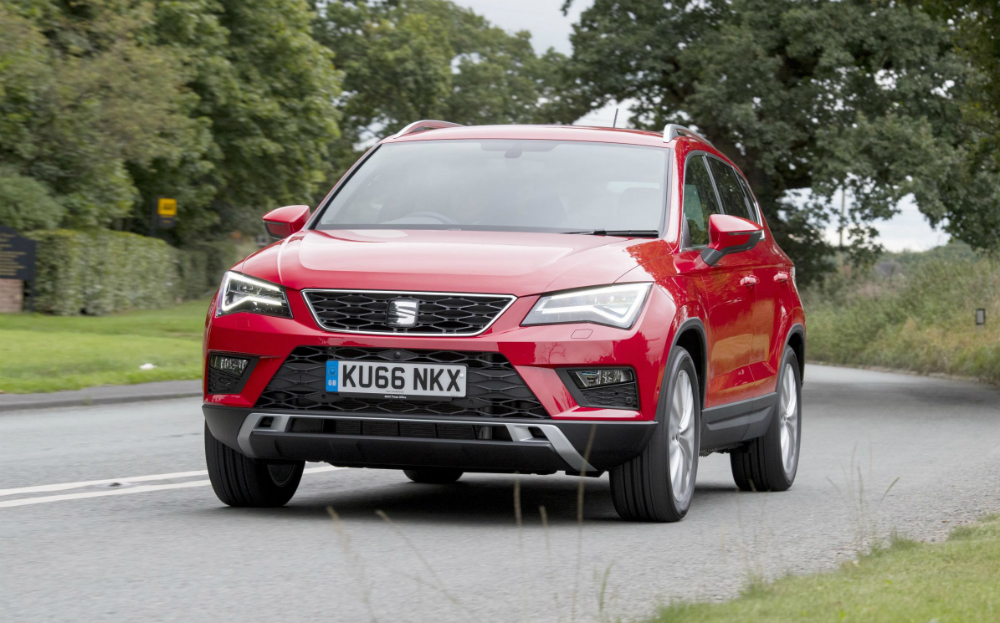 By Giles Smith
Share Article
As Spanish as Munich
At a glance
Pros
Spacious cabin
Big boot
Good to drive
Cons
What's a Seat?
It's no ball of fire
No need for the switchable driving modes
Specifications
Cars > SEAT

IN AN ideal world, a Seat is a maverick’s VW. It’s the place where the coldly calculated products of a globe-girdling German mega-brand get to share some of the quirky chic of a sun-drenched Barcelona design studio.

Alas, this is not an ideal world. The Spanish car company was hoovered up by Volkswagen in the 1980s and since then its badge has mostly appeared on lightly refashioned, end-of-line VW products at tempting prices.

View the Seats for sale on driving.co.uk

The greatest and most user-friendly Seat is the Alhambra, a big old family bus with sliding rear doors, but that’s an increasingly unfashionable type of car these days. The hatchbacks in the range tend to be fighting a spirited but losing battle with the popular, commonsense virtues of the Golfs and the Polos on which they are modelled. Did anyone’s heart ever sing at the sight of a Seat Leon? The Mii city car is just a VW Up! that’s a little bit down.

Sometimes you have the feeling that the point of Seat isn’t to express a vital standalone Spanishness at all, but rather to create a permanent low-level anxiety for VW buyers that they might have got pretty much the same car slightly cheaper if they had been able to compromise a bit on the age of the fittings.

Still, promisingly, here comes the Ateca, Seat’s first venture into the cash-rich uplands of what is categorically our time’s big automotive growth area — the non-premium SUV. (See also the Nissan Qashqai, whose rock-hard supremacy in this area of the marketplace the Ateca would no doubt like to chip away at.)

We didn’t get the chance to take our children to school in the Ateca, but we did form the impression that we could have done so without risk of lasting mortification

The Ateca is built on the same platform as VW’s big-selling Tiguan, which is back among us, in sparkling form, and is being touted in television ads as a car in which you can take your children to school without fear of causing them shame. If we’re reading the ad right, the key to the Tiguan’s alleged success with teenagers is its generous provision of “connectivity” — meaning access to the internet — although there is also a suggestion that the car has a cool urban swagger about it. The Ateca, in our estimation, easily matches the Tiguan in that regard, if by “cool urban swagger” we can agree to mean “not strictly necessary roof rails”.

We didn’t get the chance to take our children to school in the Ateca, but we did form the impression that we could have done so without risk of lasting mortification. Even so, Ateca’s big pitch isn’t school-run kudos so much as grown-up delights. As the tagline on its ads puts it: “Night doesn’t have to mean the end of the day.’’ Good luck with that. Night doesn’t have to mean picking up your children from parties, either, but the Ateca seems to be far less a thrill-seeker’s early-hours cruise machine than a solution to certain familiar problems set by family life. Hence the fat, square boot, the easy tailgate, the roominess in the rear seats, and so on.

The dashboard looks old, or comfortingly familiar, depending on your point of view. But there are touches of extra raciness — the aforementioned roof rails, the nubby, dog-tail aerial, the sharp-edged grille, some high-fashion alloys, if you choose, and the presence of a drive selector beside the switch for the electric parking brake. This invites you to twist between driving modes, according to your whim.

We were testing a model with a compliant but modestly powered 1.6 diesel engine and our feelings about the drive selector were mixed. The Ateca seemed to tug itself up the road with mildly greater enthusiasm and a firmer undercarriage in Sport mode than it had in Normal mode. And it was definitely a touch more lively in Sport than it was in Eco, where requests for acceleration are apparently granted only on receipt of a written application, which must be completed at least a fortnight before the day of travel.

Frankly, though, the variations in driving experience were minimal to the point of undetectable and we would have happily traded them for one solid, dependable, engineer-approved factory setting, if the temper of the times weren’t so strongly in favour of customer choice.

Whatever mode it’s in, though, you get the chunky kerb presence and the slightly loftier driving position that come with the SUV package as standard and which have never been known to lower anybody’s self-esteem.

And if the Ateca is about as Spanish as Munich, at least it’s quite cheap.