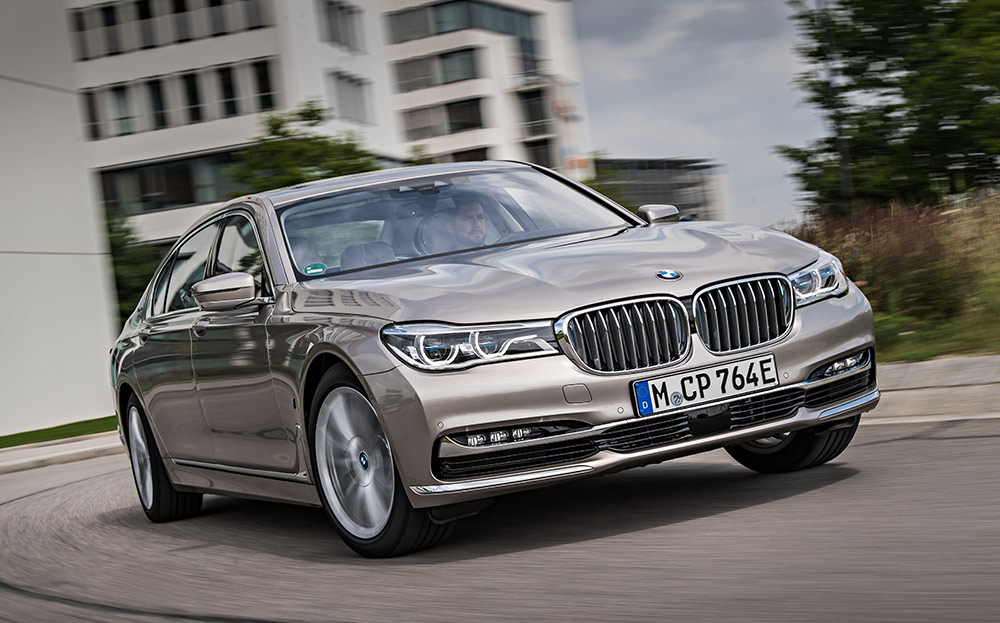 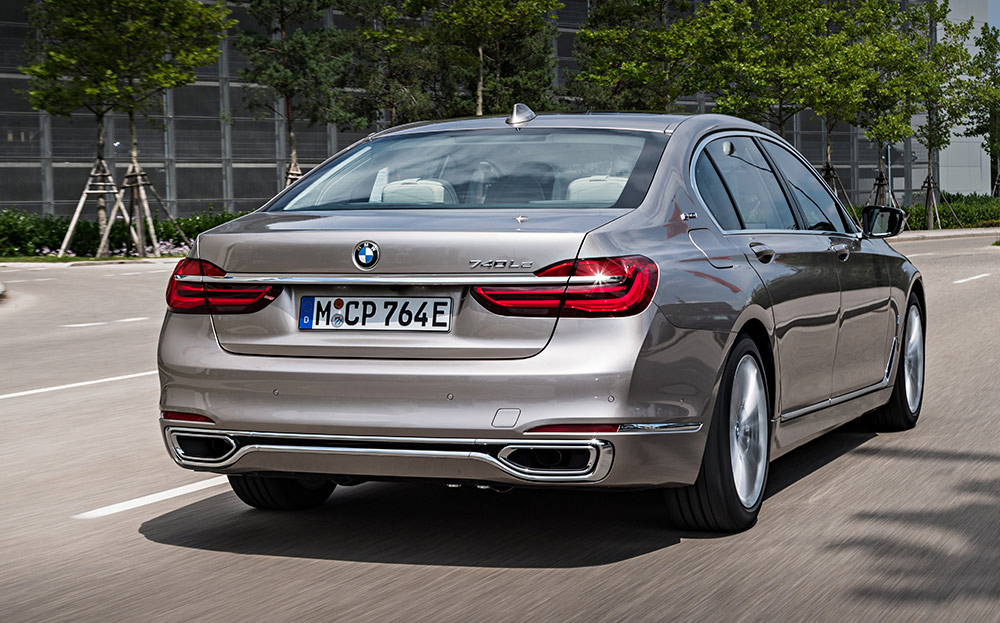 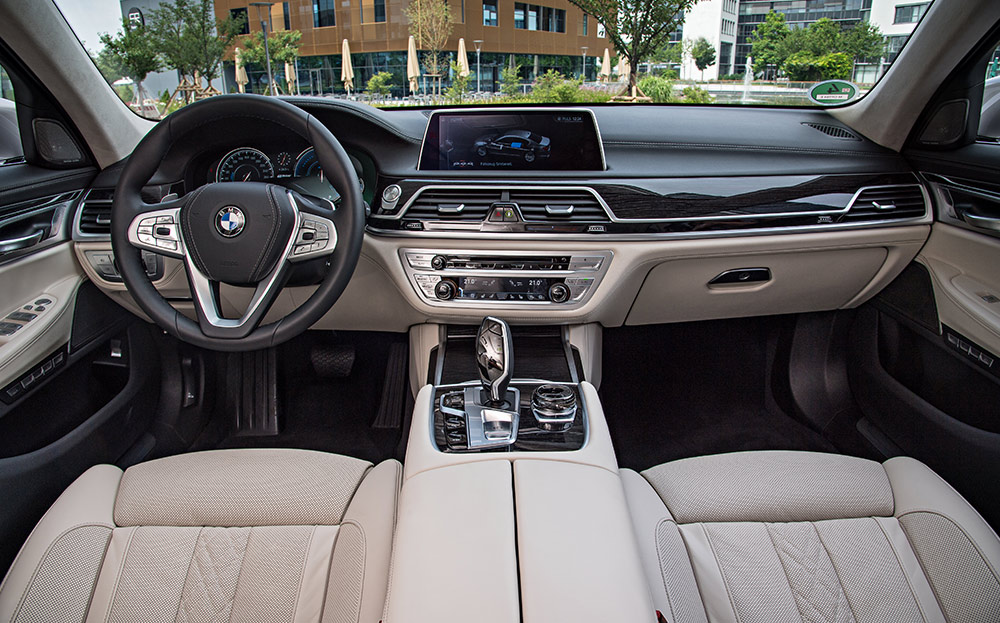 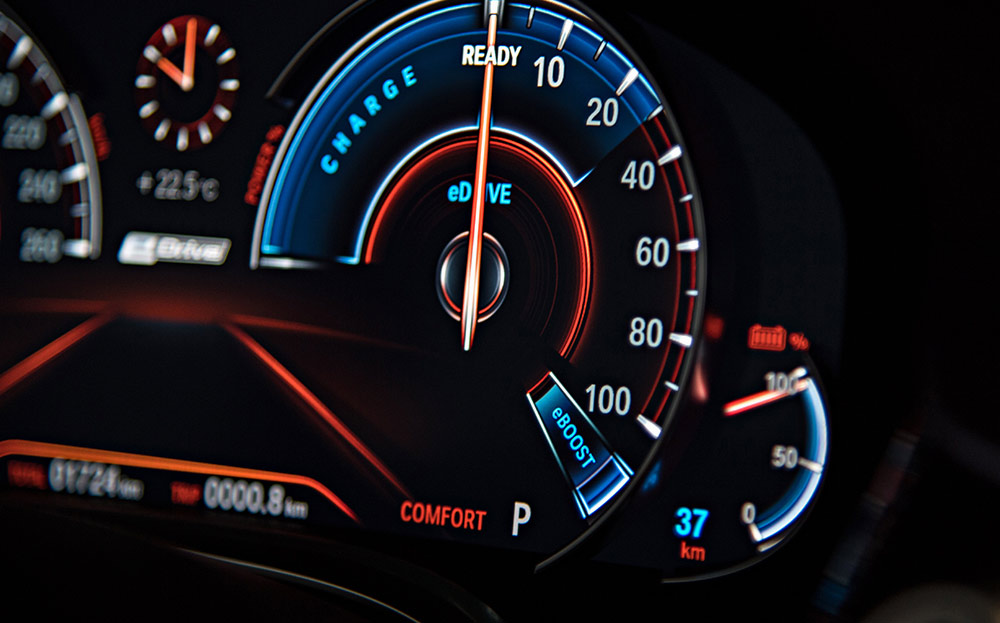 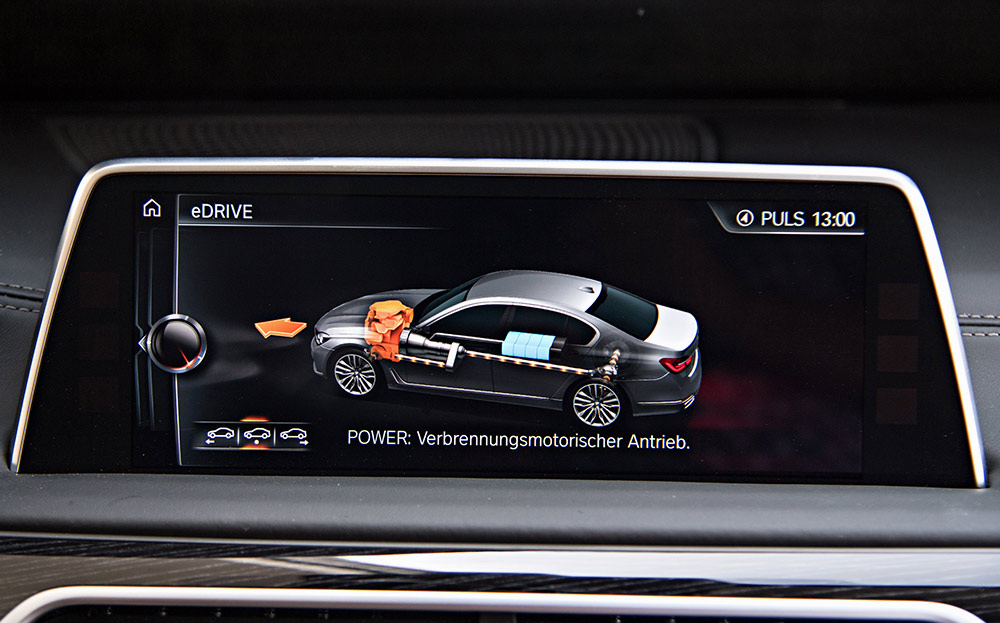 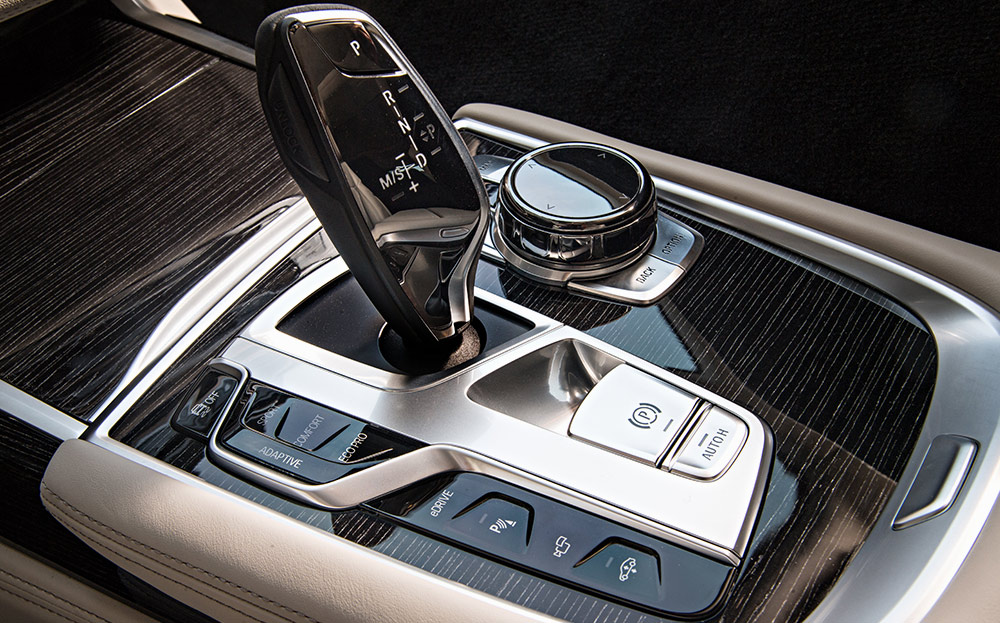 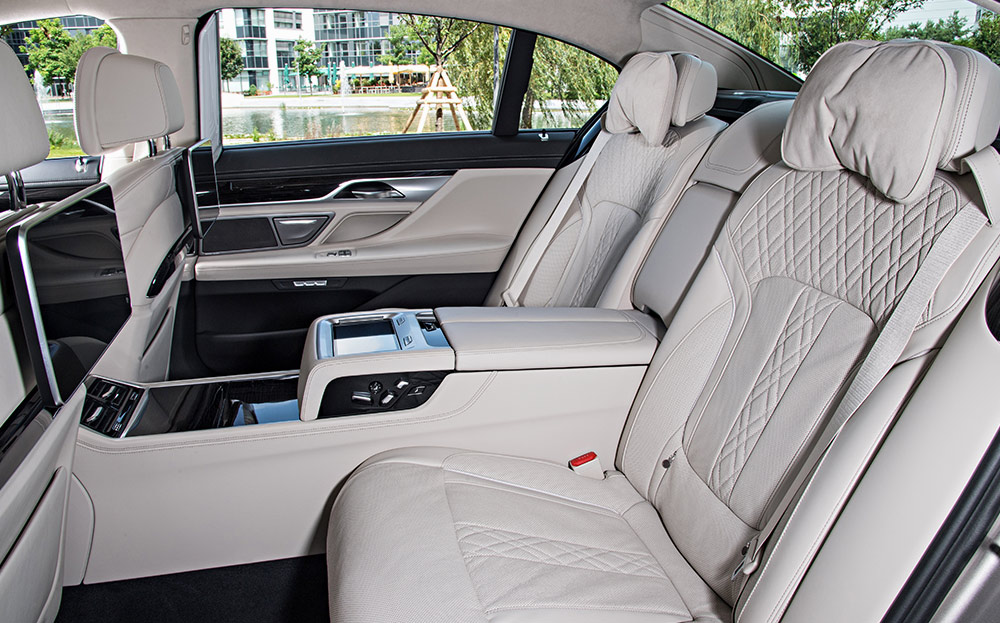 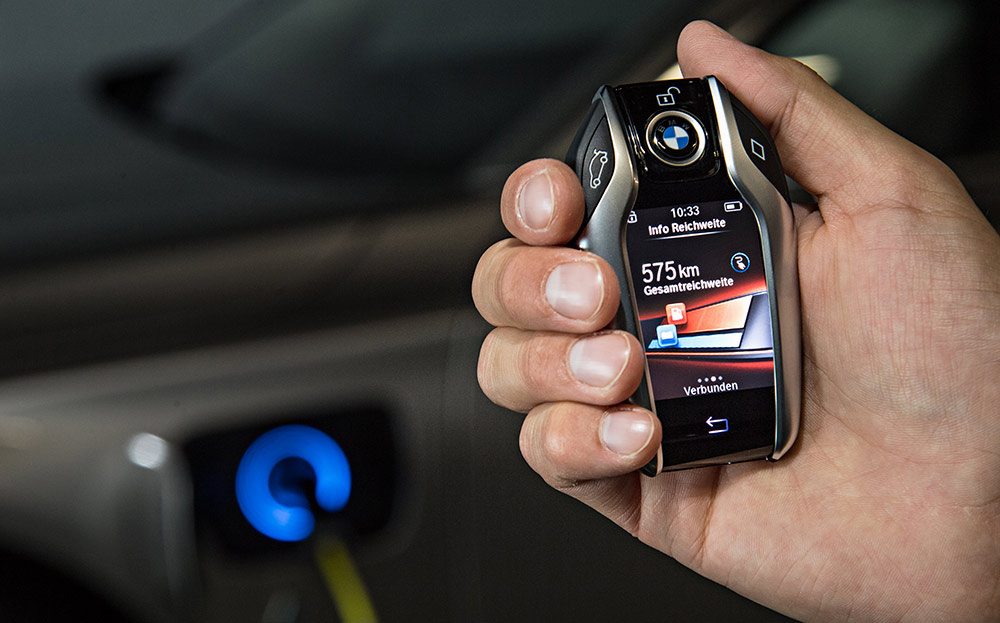 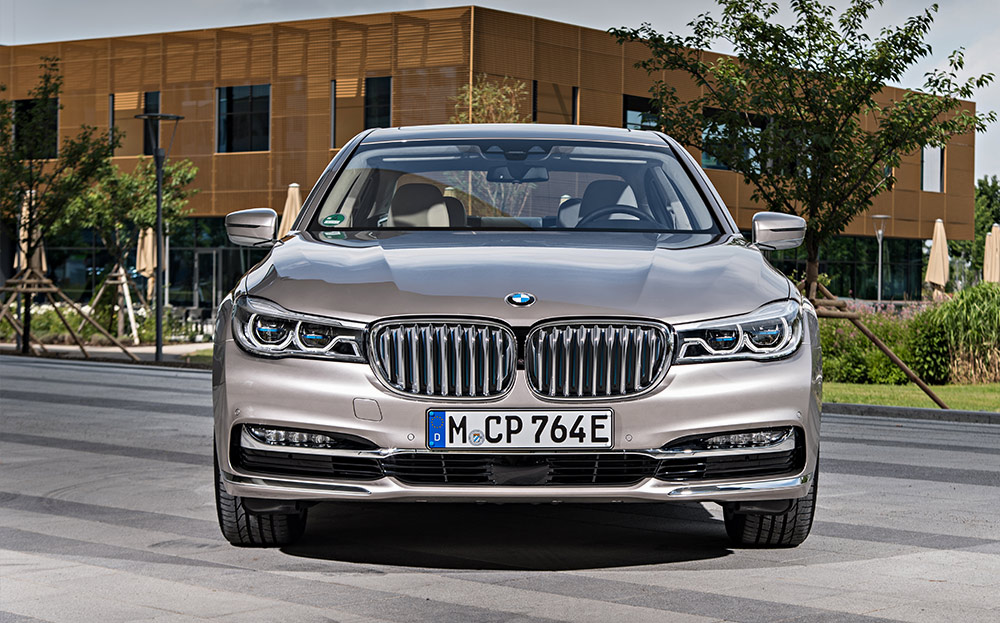 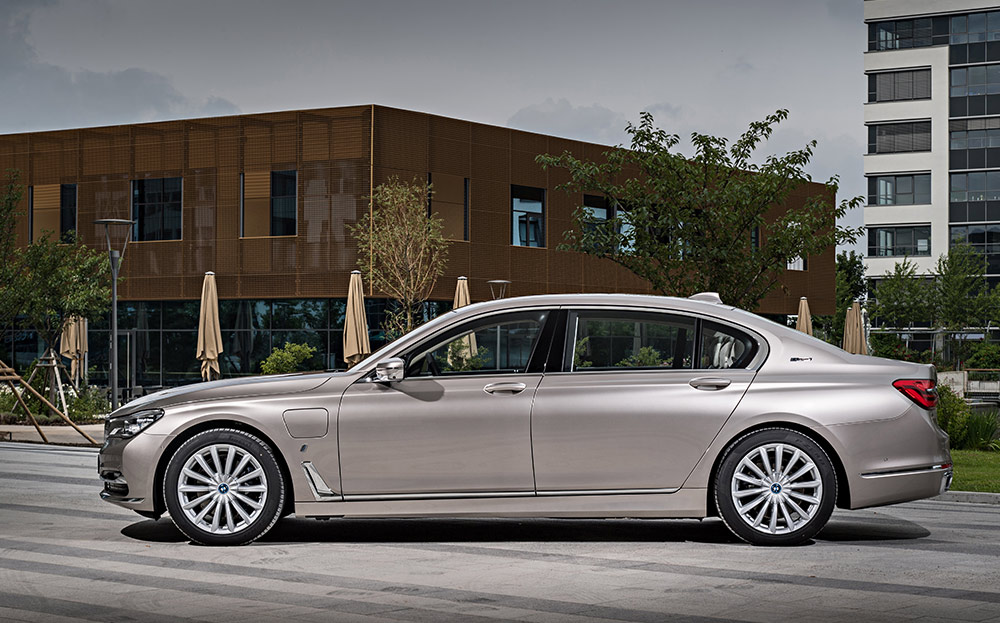 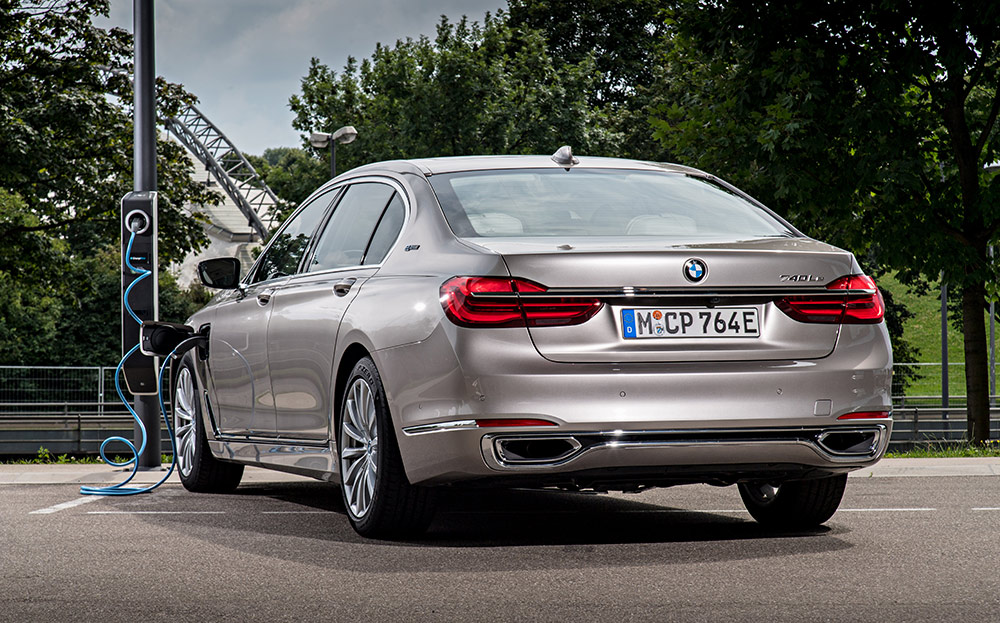 IF YOU’VE just come into a sizeable bequest from a childless uncle, or a juicy bonus from your appreciative employer, and you’re looking for a way to reduce your tax bill, there’s no need to move your cash to the Cayman Islands. Your local BMW dealer has just the answer: the new, plug-in hybrid 740Le iPerformance.

Looking almost identical to its conventionally powered siblings – apart from an extra flap on the front wing that covers the charging socket – the 740Le iPerformance is a very different proposition when it comes to the annual tax return.

Whereas its close relative the 740Ld xDrive attracts a charge of more than £7,500 for higher-rate taxpayers, the more powerful 740Le xDrive will add just £3,295 to your income tax, and there’s no road tax to pay, either.

View the BMW 7-series cars for sale on driving.co.uk

Likewise, although fuel economy is unlikely to worry the driver, or the person lost in the vast rear seats who signs the cheques, the fact is that, at least on paper, the 740Le does 134.5mpg to the 740Ld’s 53mpg.

In reality the 740Le, a petrol-electric hybrid, won’t get close to the diesel’s figure unless it is driven mostly on electric power. It can travel no more than 29 miles between recharges (27 miles for four-wheel-drive xDrive versions), but, for the average commuter, plugging into the wall could mean fossil-free motoring to and from the boardroom.

The London congestion charge is another matter, because the 740Le xDrive, which emits 54g/km CO2, according to the official European test, and the standard-wheelbase 740e, which emits an even more paltry 49g/km, cost more than £60,000, making them ineligible for the sub-75g/km exemption. For the same reason, neither are they eligible for the government’s plug-in car grant.

PHEVs (plug-in hybrid electric vehicles) such as the 740Le are so called because they’re powered by a combination of internal combustion engine and electric motor, in this case a 2-litre, twin-turbocharged four-cylinder petrol engine producing 252bhp, and a 240kW electric motor. Together they generate a peak output of 322bhp and 369 lb ft of torque. That compares favourably with the tax-heavy 3-litre petrol 740Li (322bhp and 332 lb ft) but not with the diesel 740Ld (316bhp but a monster 502 lb ft).

The 740e’s tiddly 4-cylinder engine (this engine bay can swallow a 6.6-litre V12 with room to spare) is hidden underneath a comically large plastic engine cover. You can’t see the electric motor, which is built into the eight-speed Steptronic automatic transmission.

The engine bay may have room to spare, but the 420-litre boot is 90 litres smaller than you get in the standard diesel or petrol 7-series. That’s because the battery has taken the fuel tank’s usual position under the rear seats, sending it backwards under the boot floor. The tank is small, though — 46 litres — and there’s also a storage compartment there. Versions of the car with air suspension can be lowered to help you load the boot.

As with other hybrids, a power management system allows the driver to choose electric or petrol power, or a combination. Assuming there’s sufficient charge, on the default Auto eDrive setting the car runs on battery power up to 50mph, before the engine takes over. In Max eDrive the battery provides electric-only driving up to 87mph.

In Battery Control mode the car is powered by the engine while the battery is recharged; the driver can select when to bring the battery back into play.

The smartest mode is Predictive. It uses the sat nav and speed and traffic density data to decide when to engage electric-only driving, for example in towns.

The 740Le xDrive starts silently with a press of the start button and pulls away effortlessly, thanks to the dollop of torque provided instantly by the electric motor. Double-glazing ensures the car remains deathly quiet even as the speed builds.

Like its 7-series stablemates, the 740Le xDrive cruises serenely, although you can feel its bulk in corners (it weighs 165kg more than the Ld). On the other hand, under hard acceleration its weight evaporates as the car launches itself at the horizon like a PHEV owner rushing to send in their tax return before the deadline.

The electric motor does a great job of concealing the four-cylinder engine, but there are occasions when it gives up the fight. Occasionally during power mode transitions, and when the car is accelerating under engine power alone, coarse vibrations come through the steering wheel. A BMW engineer sheepishly admitted the company had considered installing a six-cylinder petrol engine but wouldn’t have got CO2 emissions below 50g/km.

The interior of the 740Le is stock 7-series. There are three trim levels – standard, Exclusive and M Sport – but all have a high level of standard equipment including the BMW Display Key that connects you to the car, ConnectedDrive navigation and smartphone integration, gesture control and “pre-conditioning” so the car is warmed or cooled before you get in. LED headlights, hand-stitched leather seats and acres of aluminium complete the package.

Regardless of trim level, the crowning glory of the 740Le is its vast rear cabin, with acres of legroom. It’s just the place to sit back and plan how you’re going to spend the money you’d otherwise have given to the Treasury.