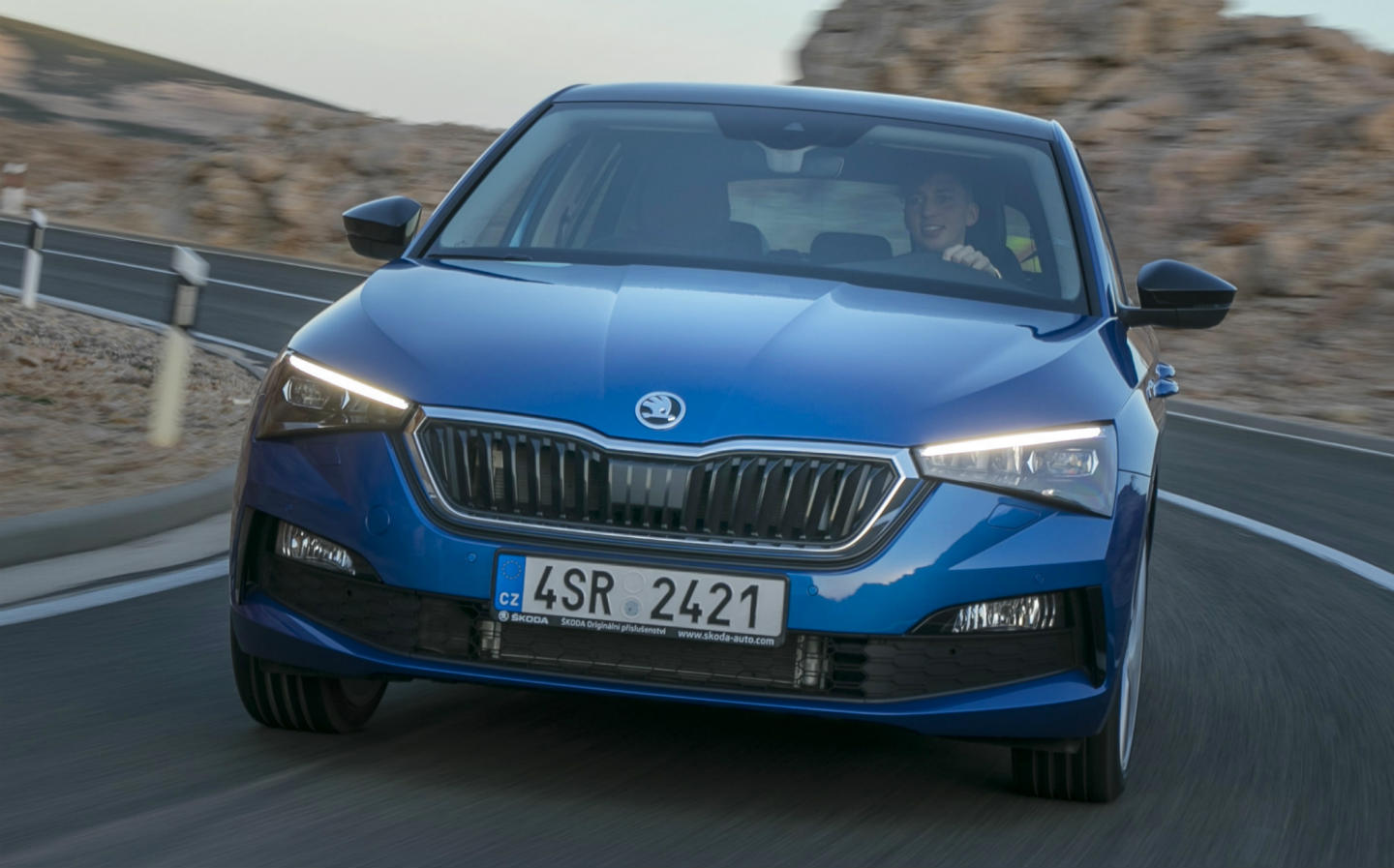 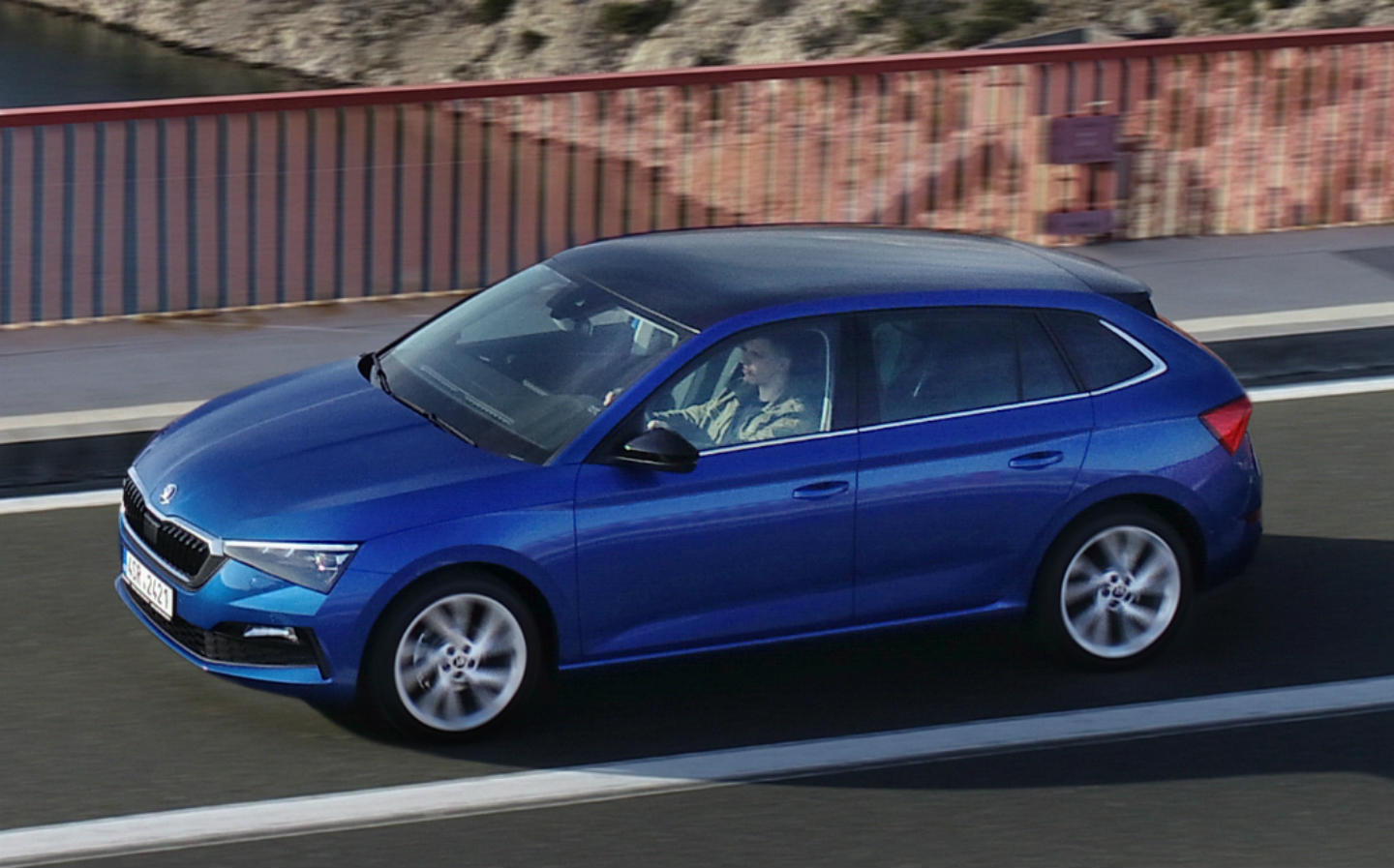 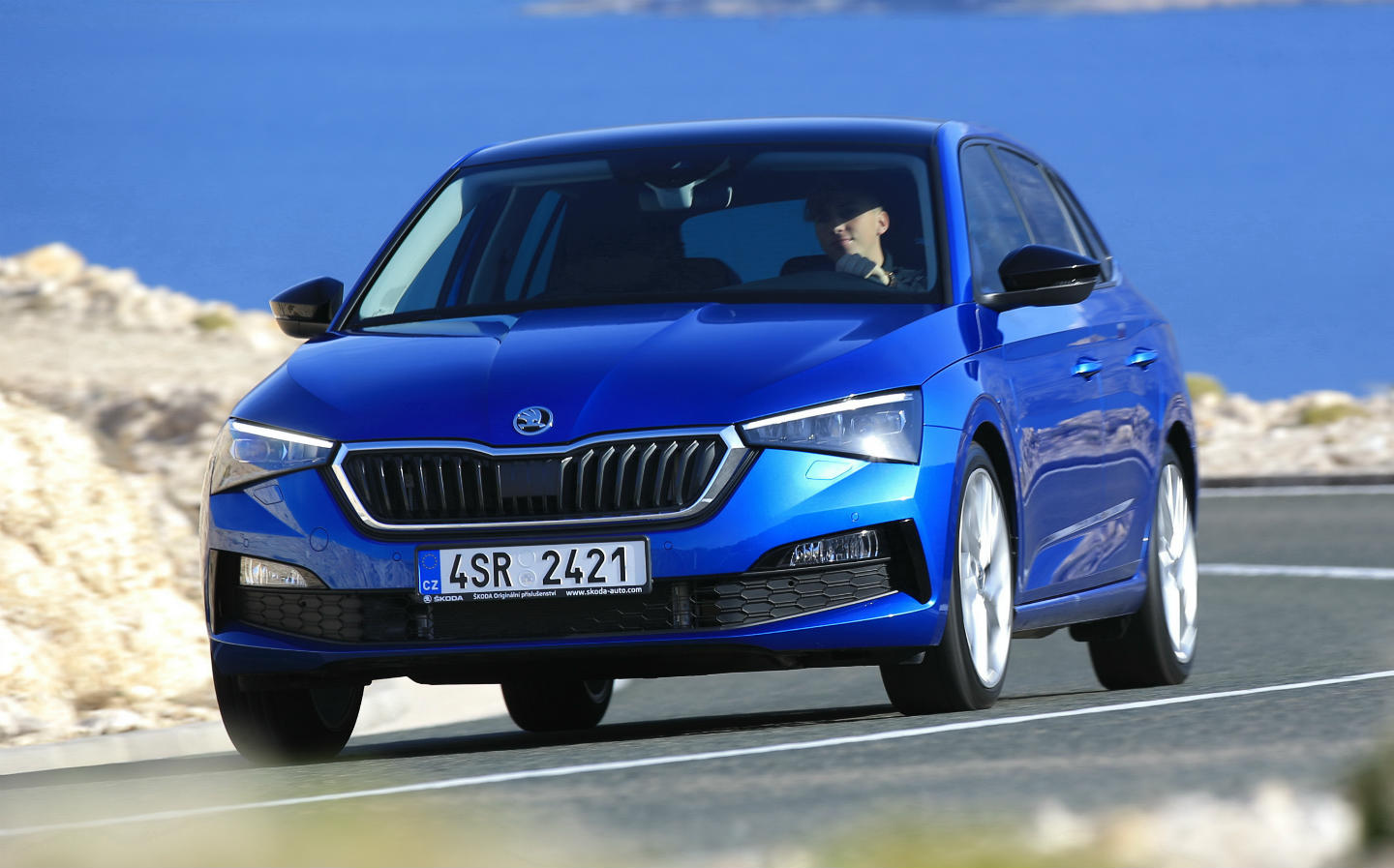 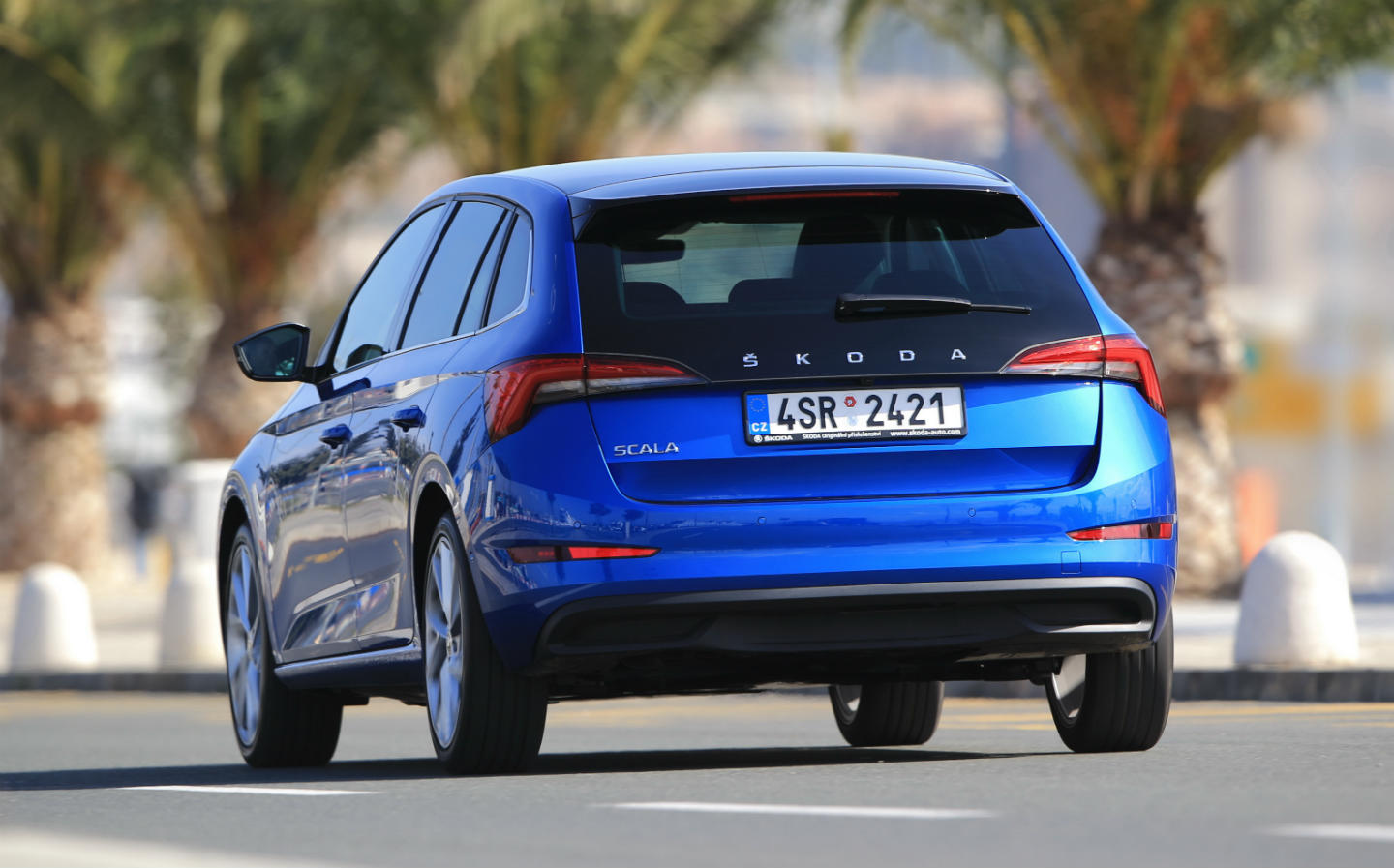 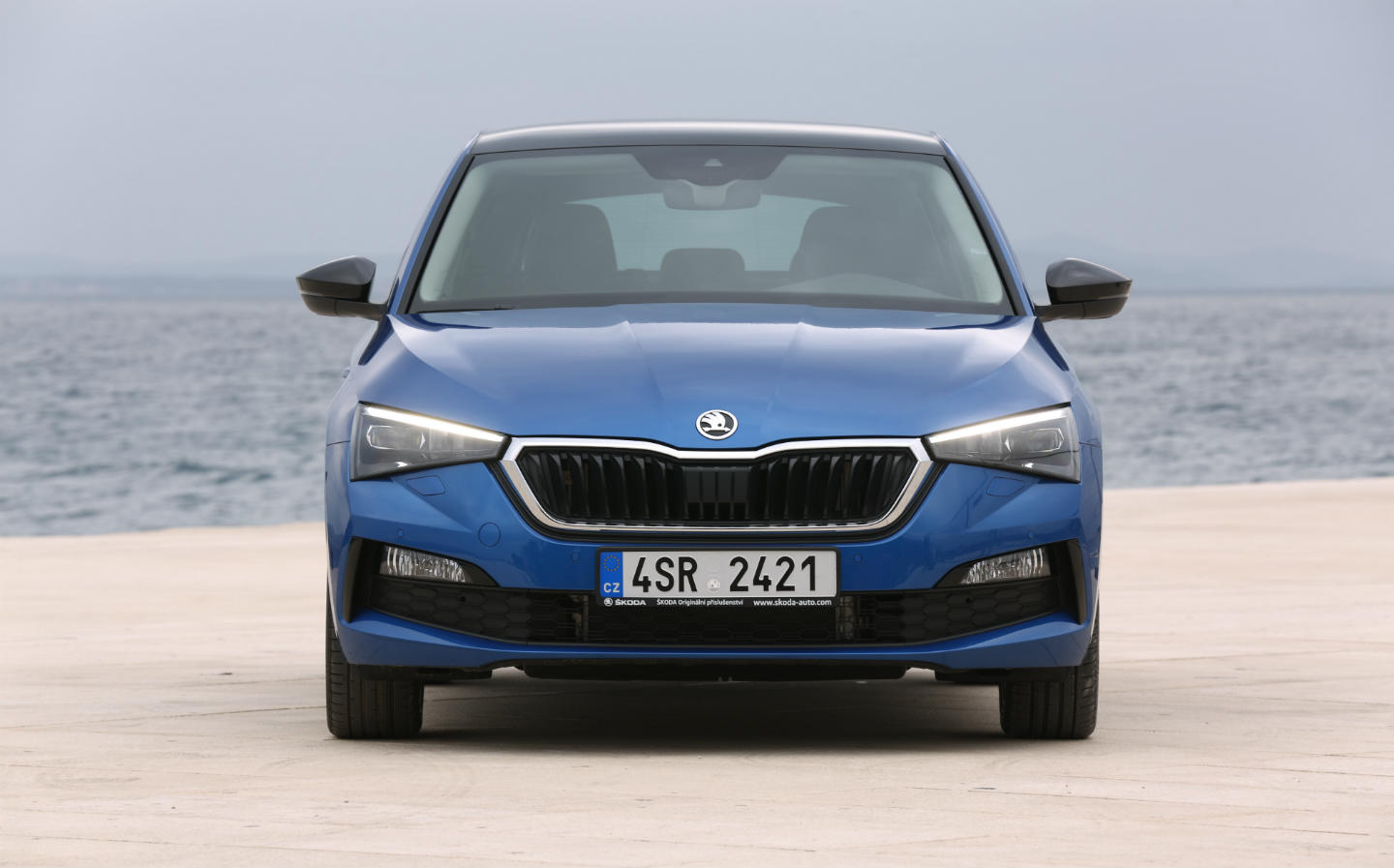 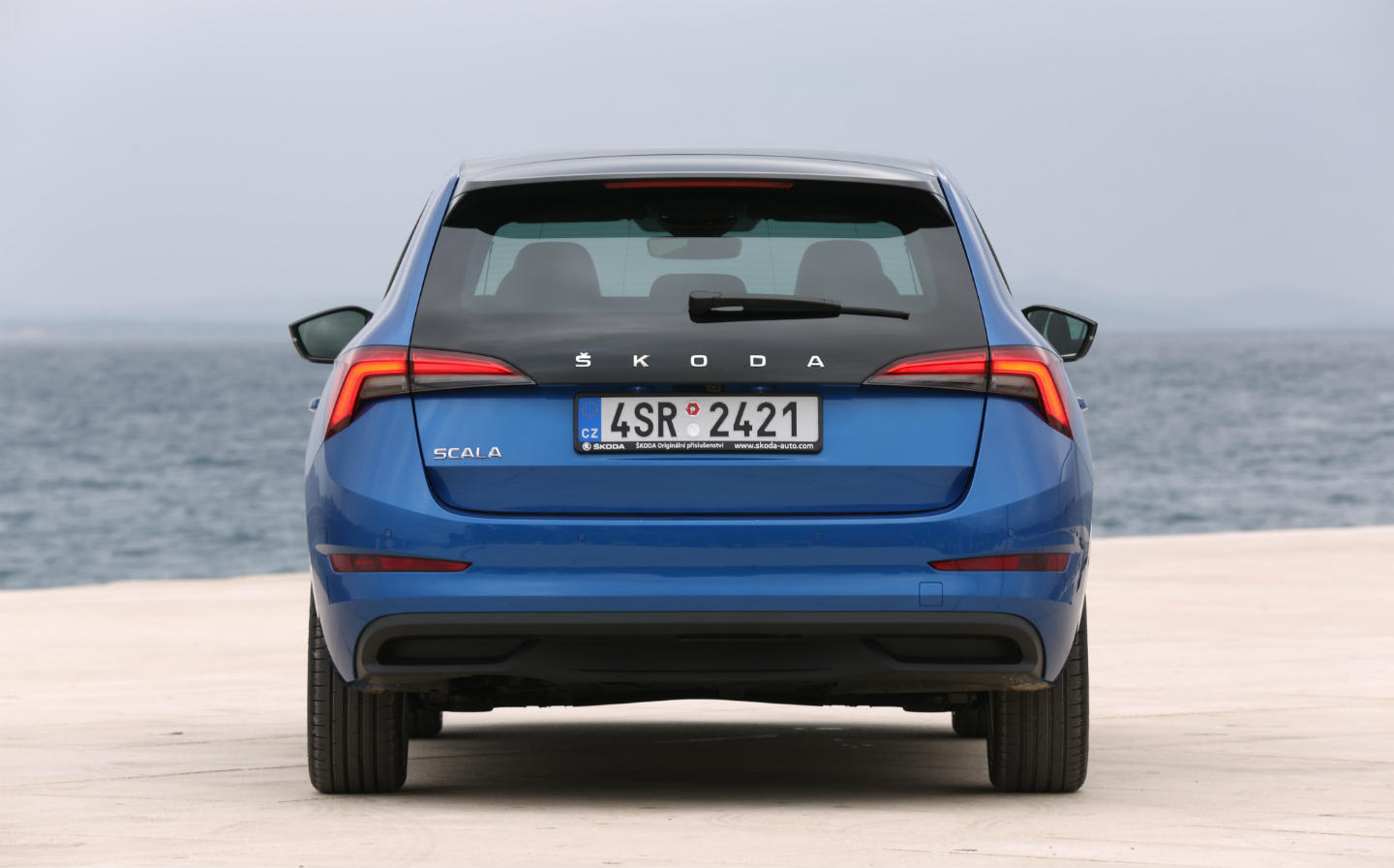 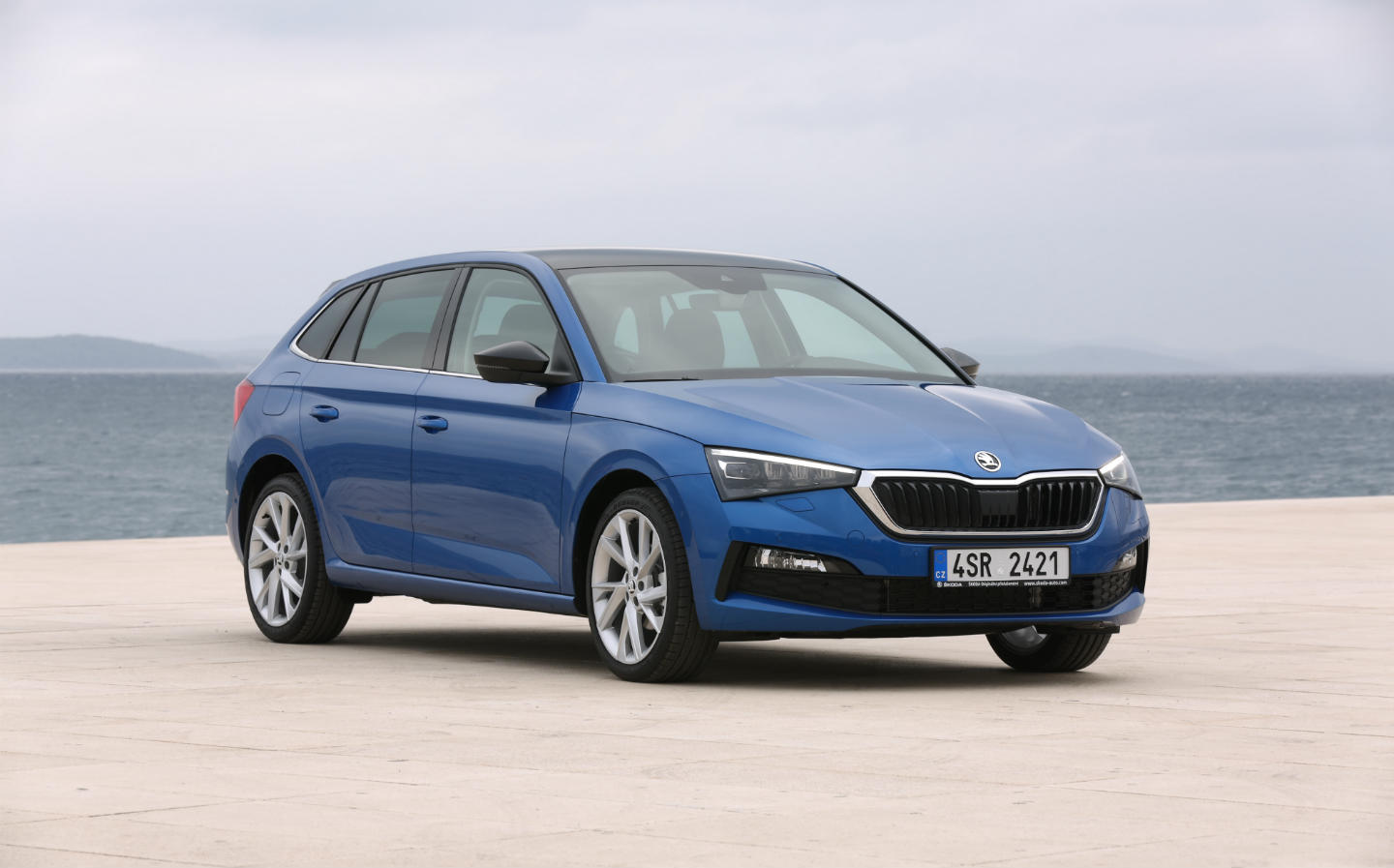 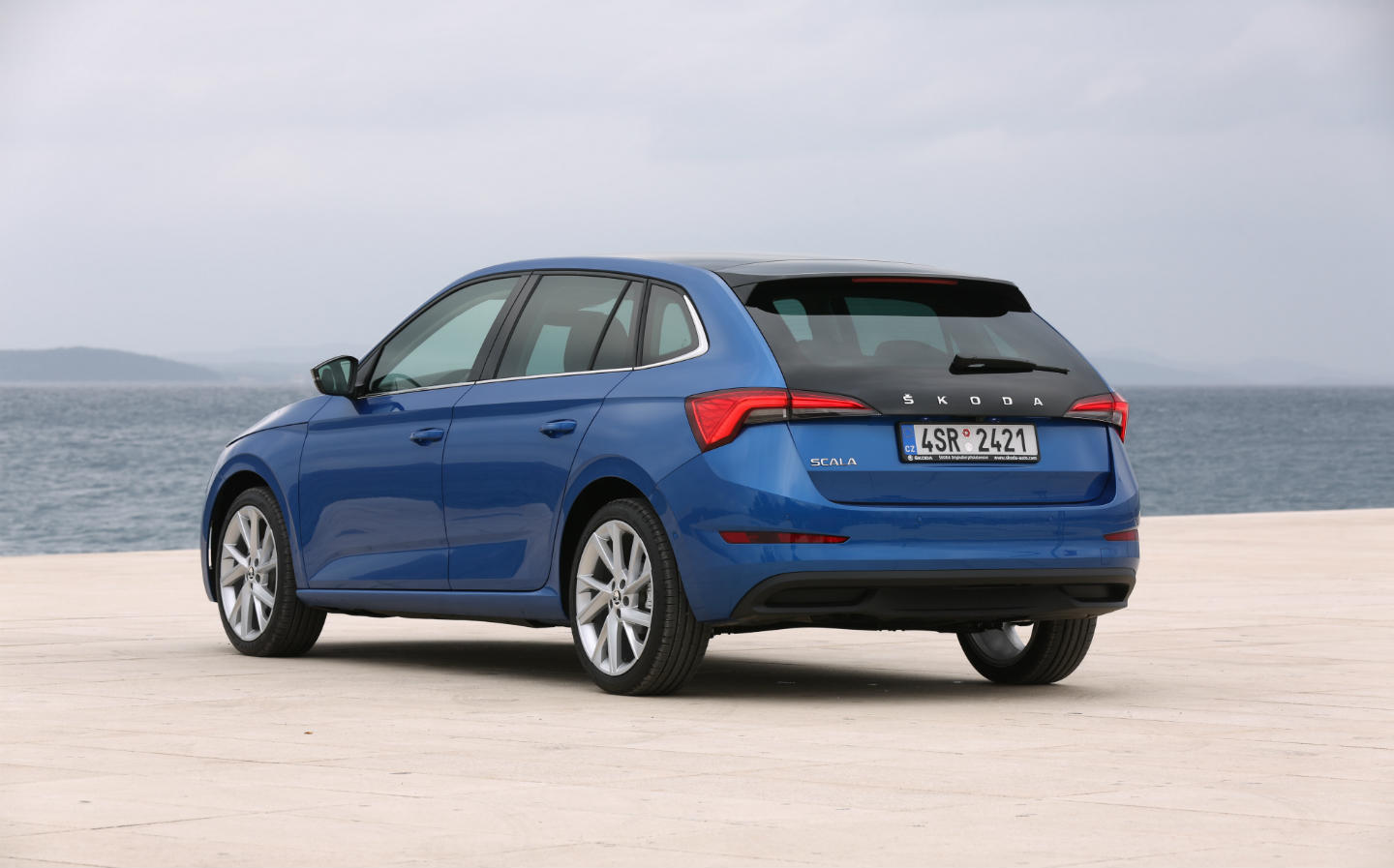 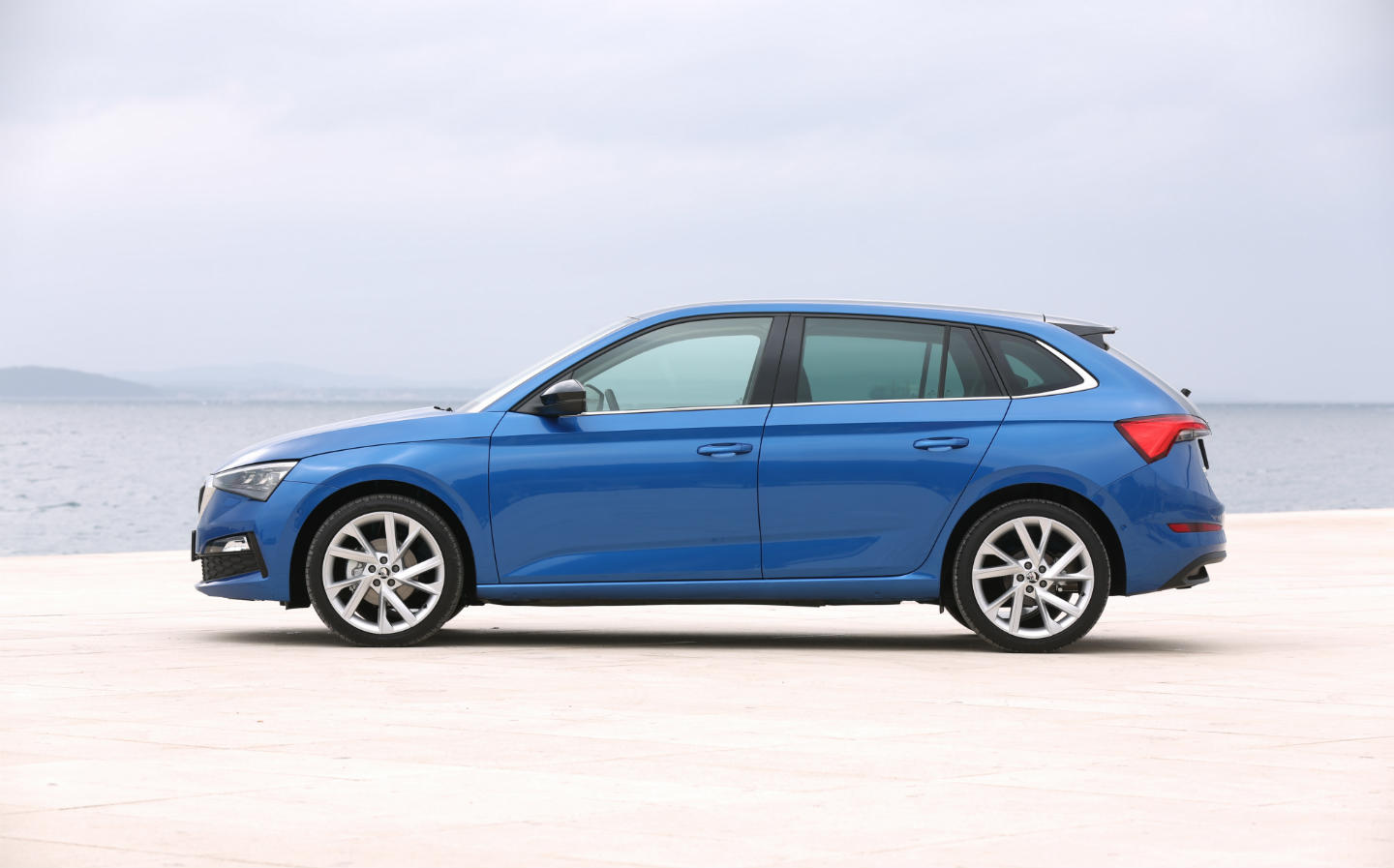 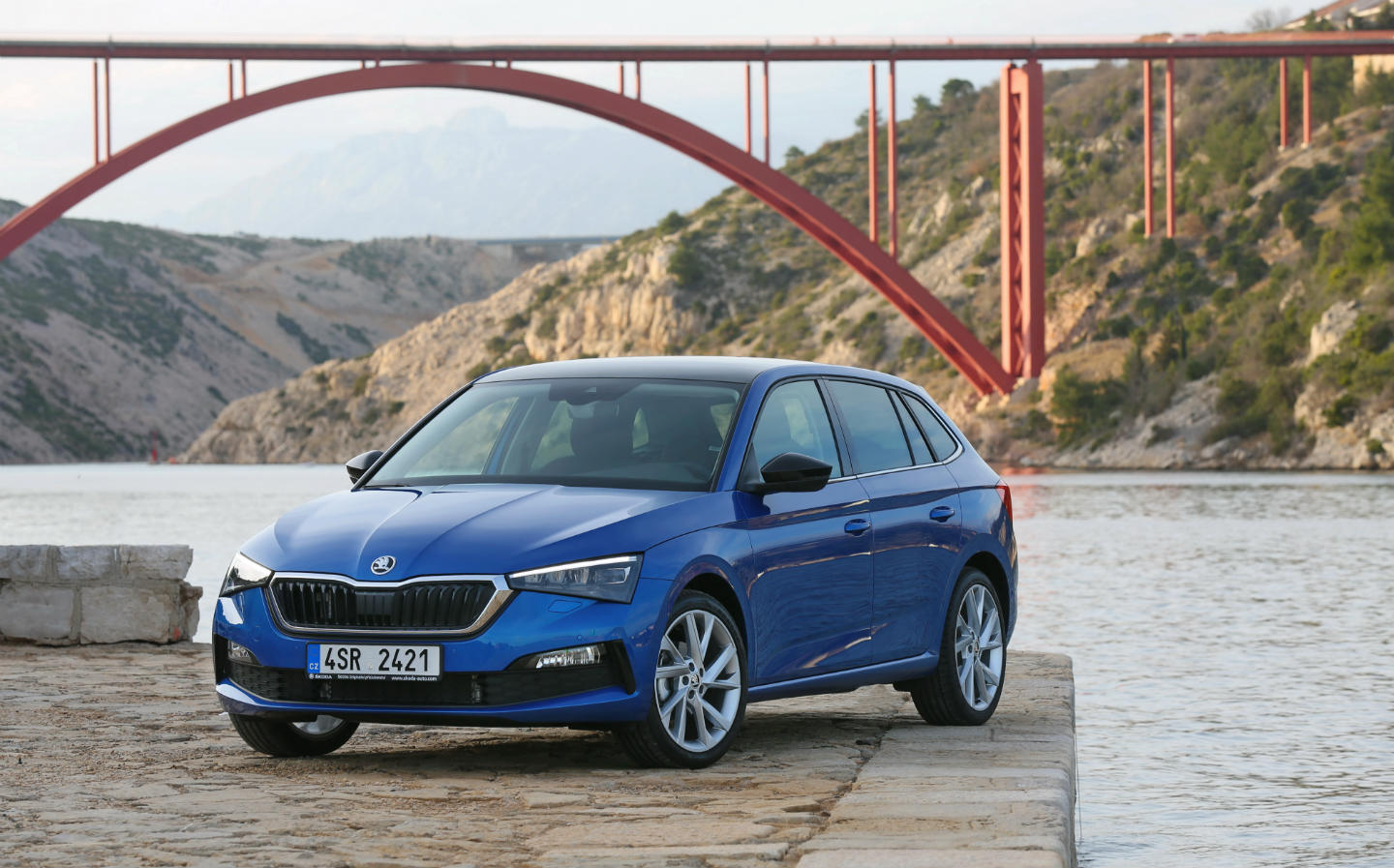 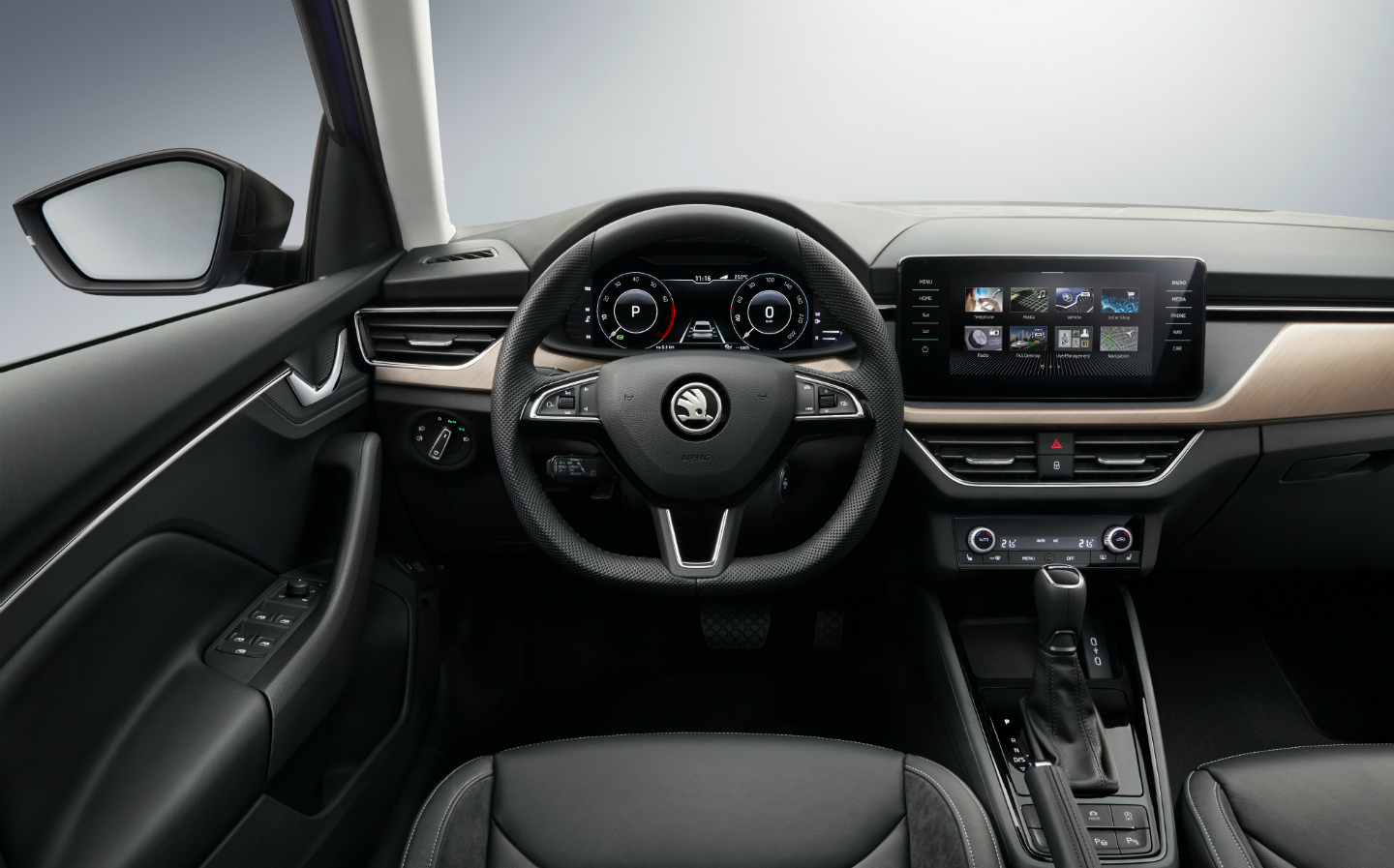 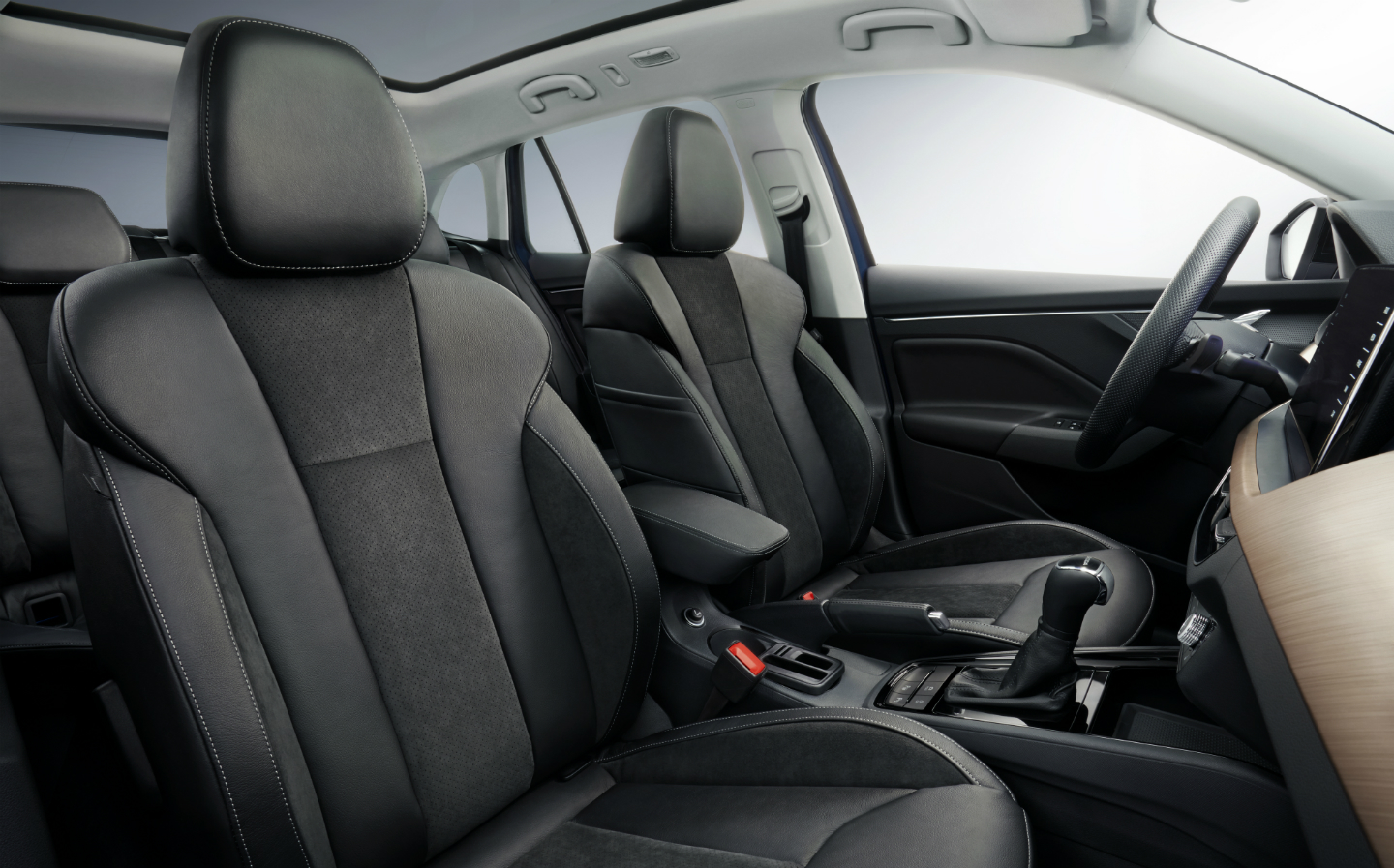 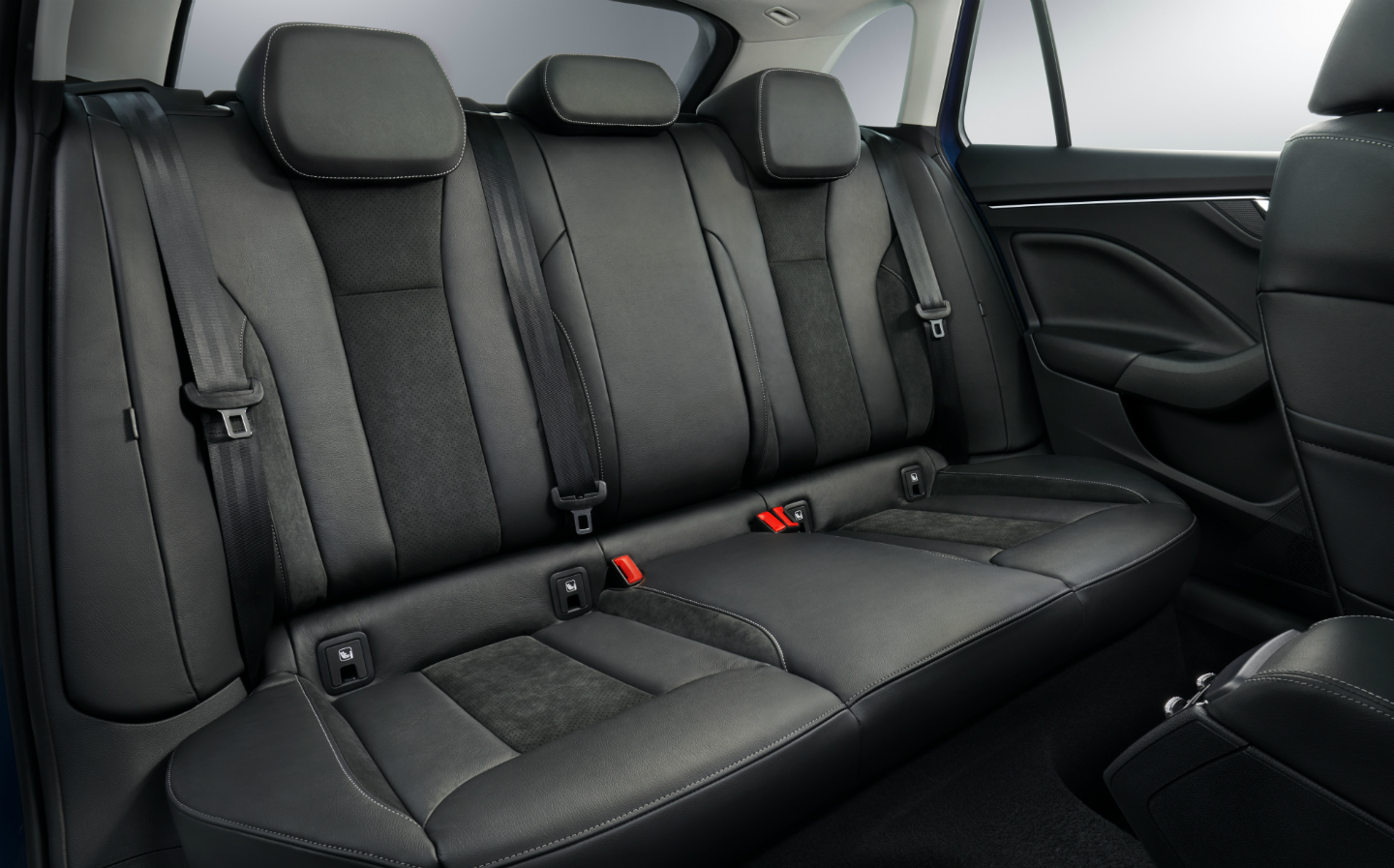 SUVS ARE so ubiquitous these days that you may have assumed your next car has to be a high-riding soft-roader. But what if I told you there’s a cheaper, better-handling, more fuel efficient and every-bit-as-spacious alternative?

Excited by the prospect? Well, it’s nothing new — the family hatchback has been a thing for decades. You may have heard of examples such as the Ford Focus, Vauxhall Astra or VW Golf. Yeah, now you’re with me.

It’s fair to say the Skoda Scala’s predecessor was easy to overlook, though. The inappropriately-named Rapid was bland inside and much the same to drive.

However, the new Scala is an altogether more upmarket proposition, and one that could genuinely tempt buyers away from more established rivals.

That said, where the Scala is a little more ordinary the competition is the way it drives. That’s not to say it’s outright bad — its steering is light but precise, there’s decent road-holding and solid body control, all of which inspire confidence — but a Golf is more comfortable and a Focus is more fun.

Lowered sports suspension can be added as an option, with the choice of firmer or softer dampers, but as the Scala is no sports car, you’re best off saving your cash. You might want to spend it instead on Skoda’s optional active cruise control and lane assist systems, which will accelerate, brake and steer to keep you in your lane automatically.

When it comes to engines, avoid the 94bhp 1.6-litre diesel, unless you’re doing lots of miles and want to benefit from its good fuel economy. It’s noisy and sends lots of vibration through the pedals and wheels.

The 1.5-litre 148bhp petrol is much smoother, not to mention quicker, but pushes up the price too far. The engine to go for is the 113bhp 1-litre petrol, which offers the best blend of performance, economy and smoothness.

Ignore the sports suspension option — the standard setup is comfy enough, and the Scala is no sports car

And between Skoda’s six-speed manual and seven-speed automatic gearbox, we’d save money again and go with the former. The auto is fine when cruising but tends to hesitate when pulling away from junctions, and hunts around for cogs when asked for quick bursts of acceleration.

The exterior of the Scala is more interesting to behold than that of the old Rapid, but inside is where it’s clearly a step up. There are soft touch plastics on the dashboard and doors, piano black and chrome accents and switches that feel substantial. It’s not quite Golf-good, but it easily rivals a Focus or Ceed.

Where it’s better than all three (perhaps until the new Golf arrives later this year) is infotainment. Entry-level cars get a small 6.5in colour touchscreen but it’s worth upgrading to mid-level SE trim for its 8in version.

The screen sits atop the dashboard, near the driver’s eyeline, and its logical menus with shortcut buttons and bright, crisp graphics are impressive.

Range-topping SE L models are blessed with even larger 9.2in screens, built-in sat-nav and Virtual Cockpit digital dials, but the 8in system will be enough for most.

Indeed, the mid-level system also comes with Apple CarPlay and Android Auto, so having built-in sat-nav isn’t a necessity, while wireless smartphone charging and remote access via an app is standard across the range. It’s worth adding those digital dials as an option to SE trim if you can stretch to it — they look superb, are really easy to read and give the cabin even more of a lift.

Leaving infotainment to one side, of the S, SE and SE L trim options, the SE remains our pick. It comes with 17-inalloy wheels, air-con, cruise control, rear parking sensors and passenger seat height adjustment. Skoda even throws in its front door-housed umbrellas.

Unless you do lots of miles, avoid the diesel and go for the 113bhp petrol engine instead

The Scala also has space on its side. The driver gets a massive amount of manual seat and wheel adjustment as standard (electric adjustment can be added as an option) while head and leg room around the front seats is also plentiful.

More impressive is the space in the back, where three adults can sit side-by-side in relative comfort, but two will have loads of room to stay comfortable on long journeys. Storage space around the cabin is great, too, with no less than 26 litres of cubby space.

The good news continues in the boot, which at 467 litres dwarfs its rivals’ efforts. It isn’t just big — it also has a low load lip, great access and loads of Skoda’s traditional ‘Simply Clever’ touches such an adjustable boot floor, nets, hooks and a 12v socket. If you need more room, the rear seats split 60:40 and lie almost flat, while an electronic tailgate can be added as an option.

So before you hurry out any buy that small SUV, make sure you’ve considered both the humble family hatchback and this Skoda Scala. It’s the more sensible option, and you’ll want to keep the engine and trim choices in check, too

All of which means you’re unlikely to win any admiring glances. Cool, it is not. But you’ll have the satisfaction that it undercuts its rivals on price while coming with an impressive list of standard equipment, a smart cabin and acres of space.

Find out how much you could save on a Skoda Scala at carwow.