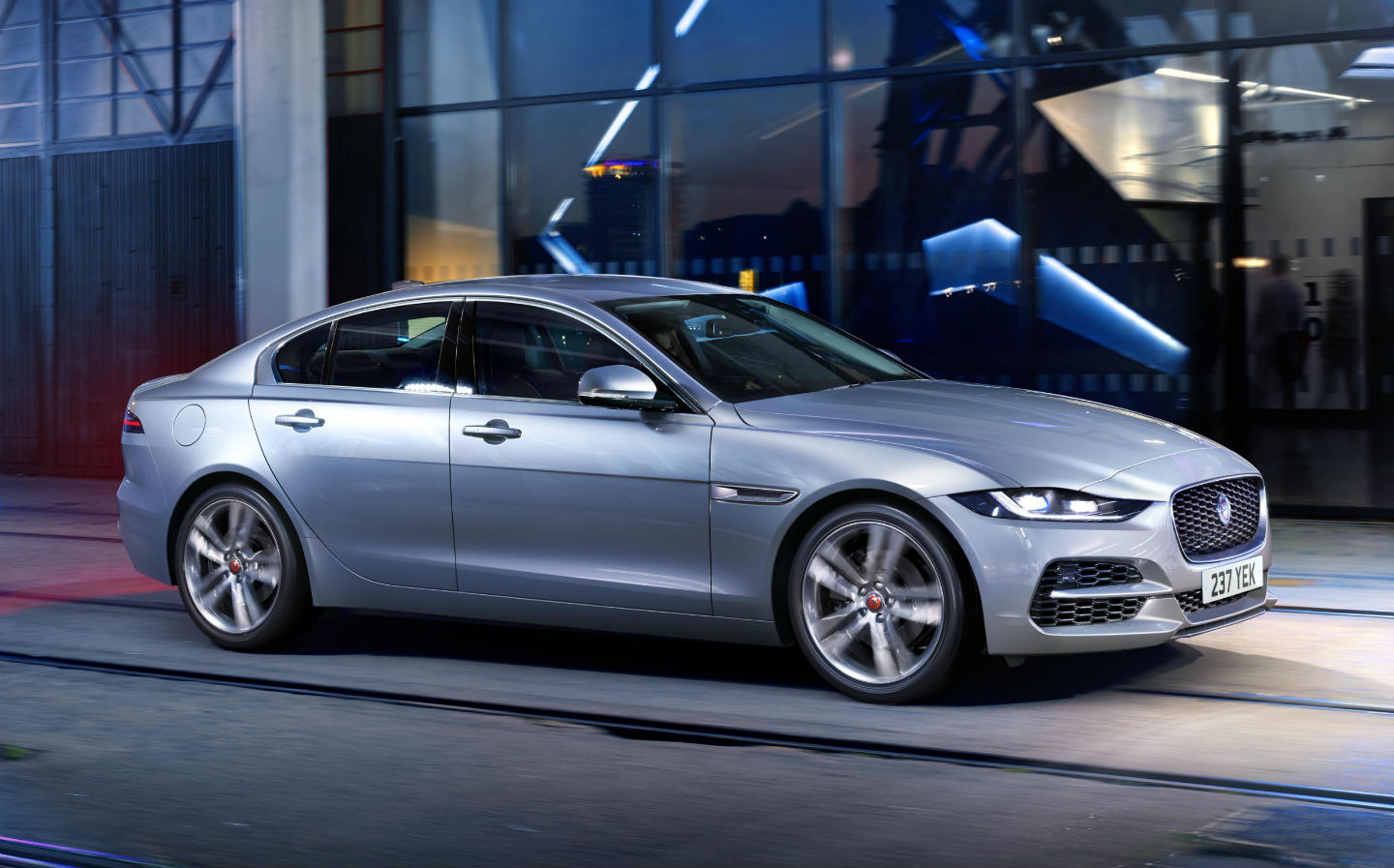 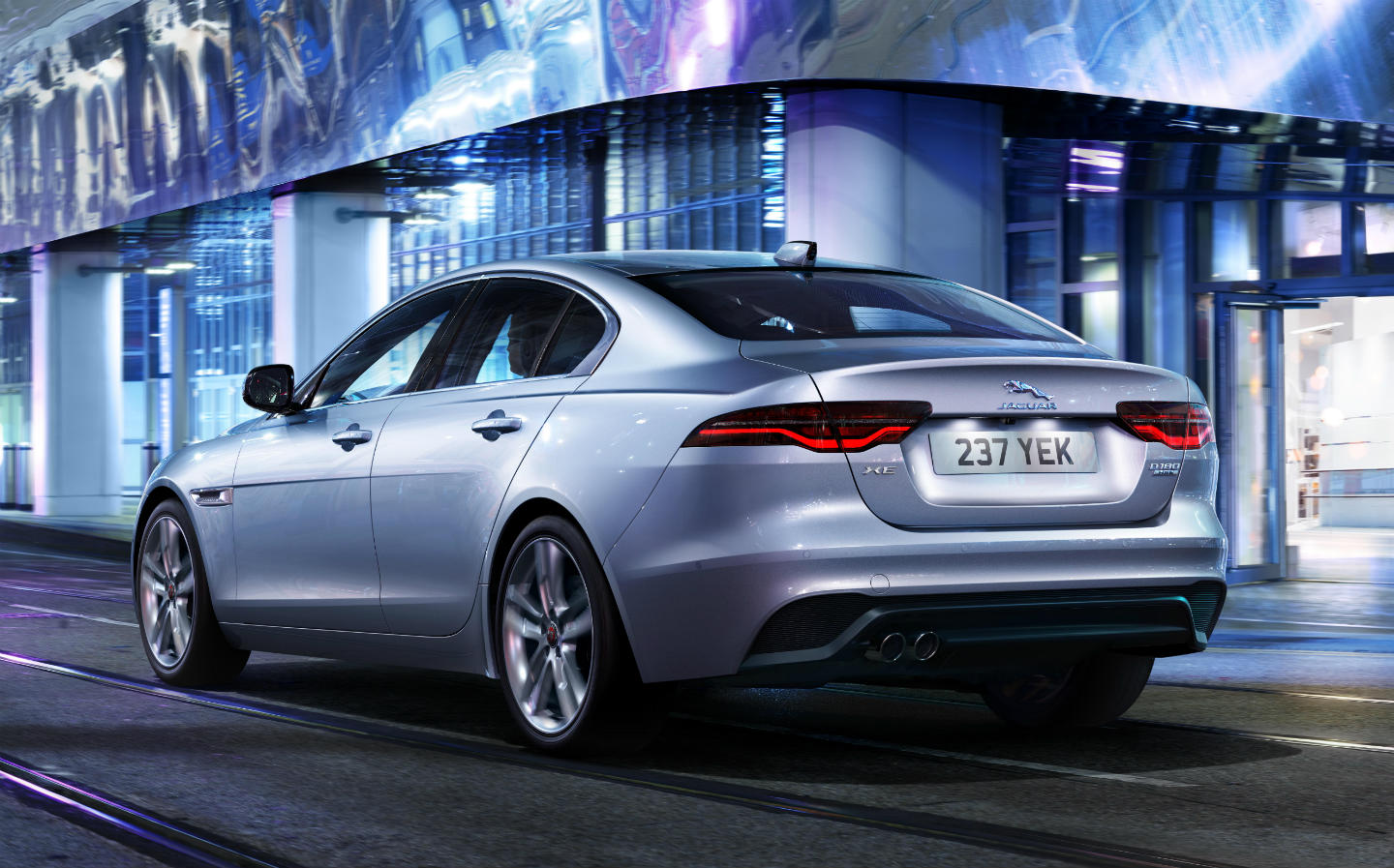 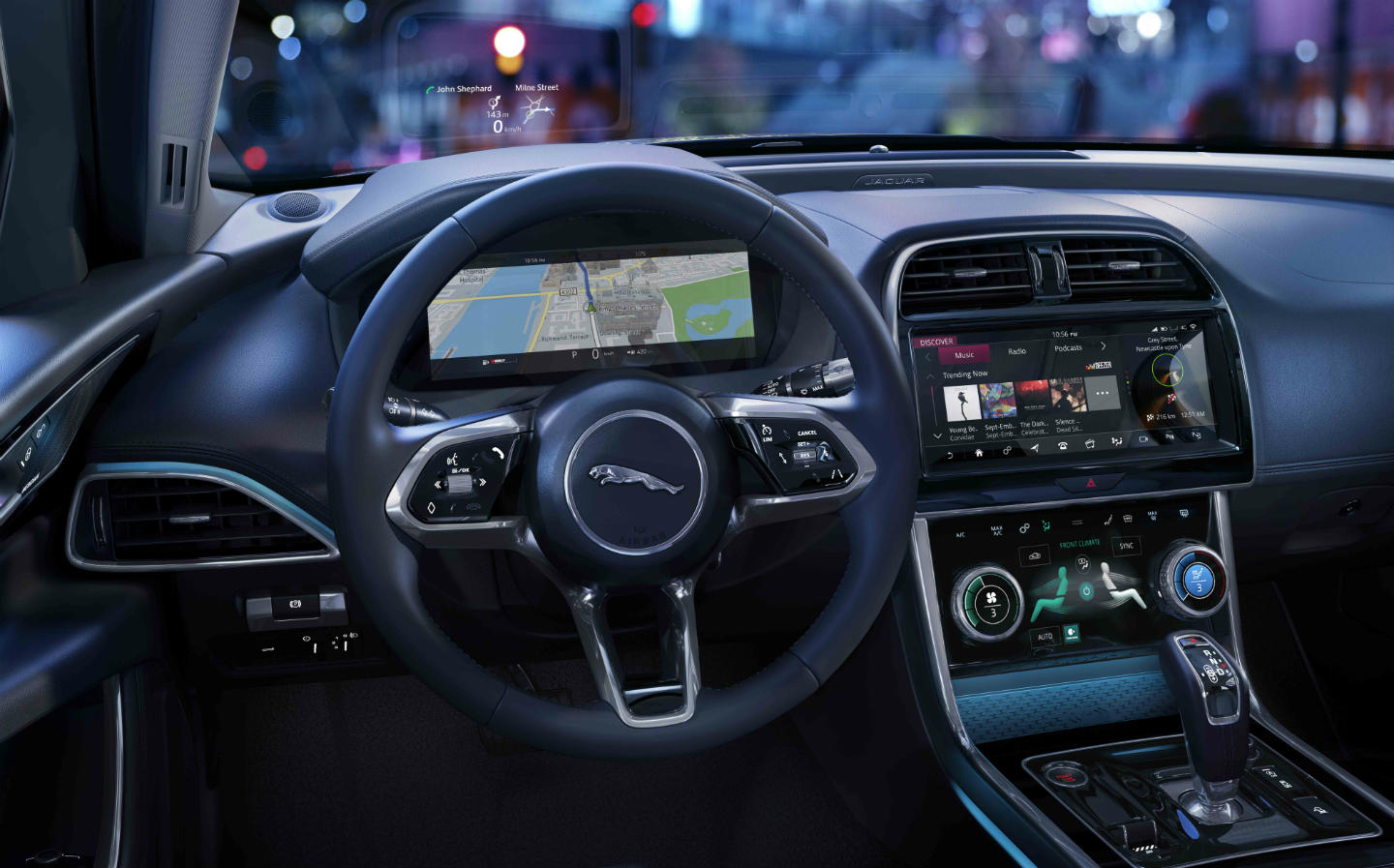 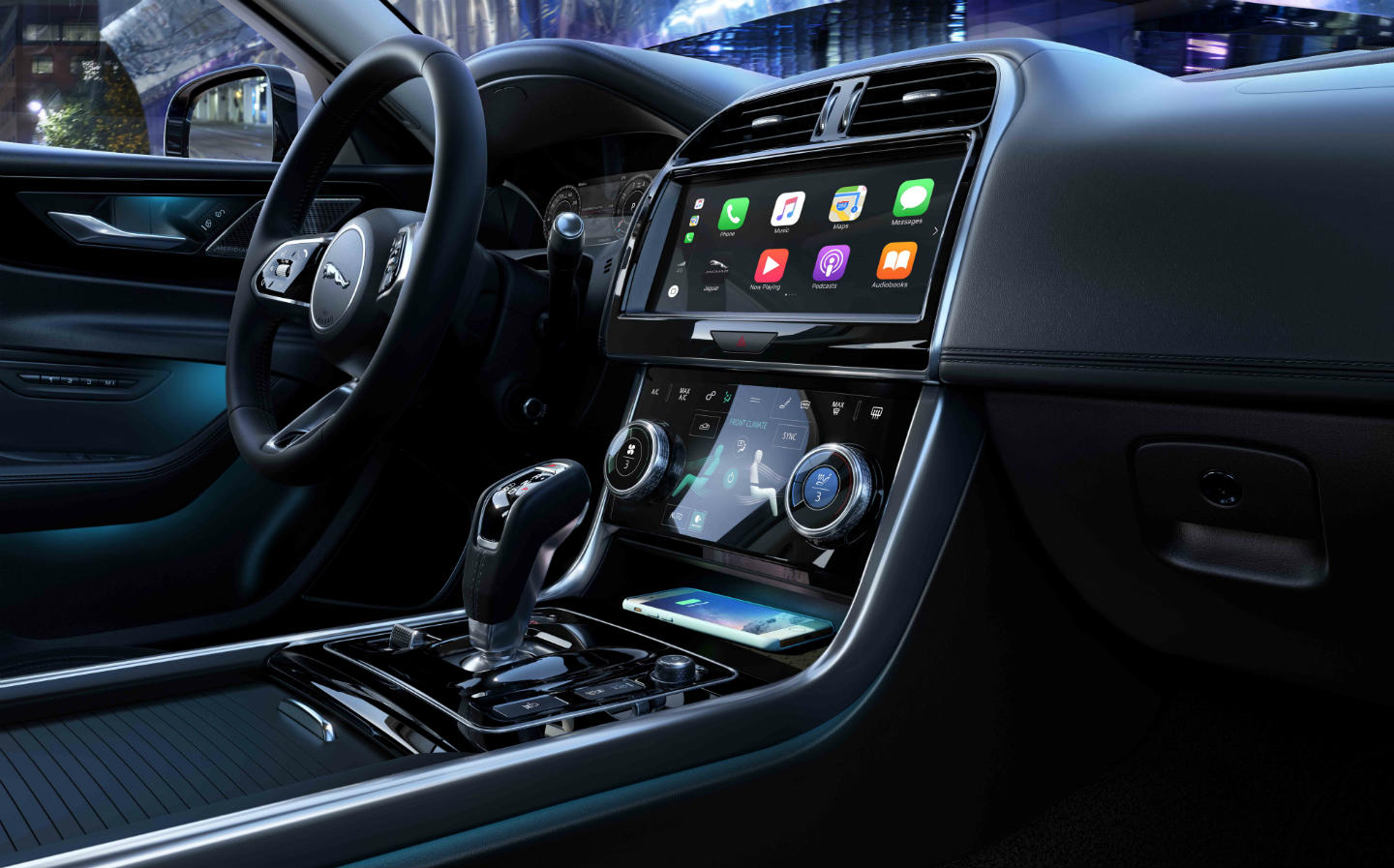 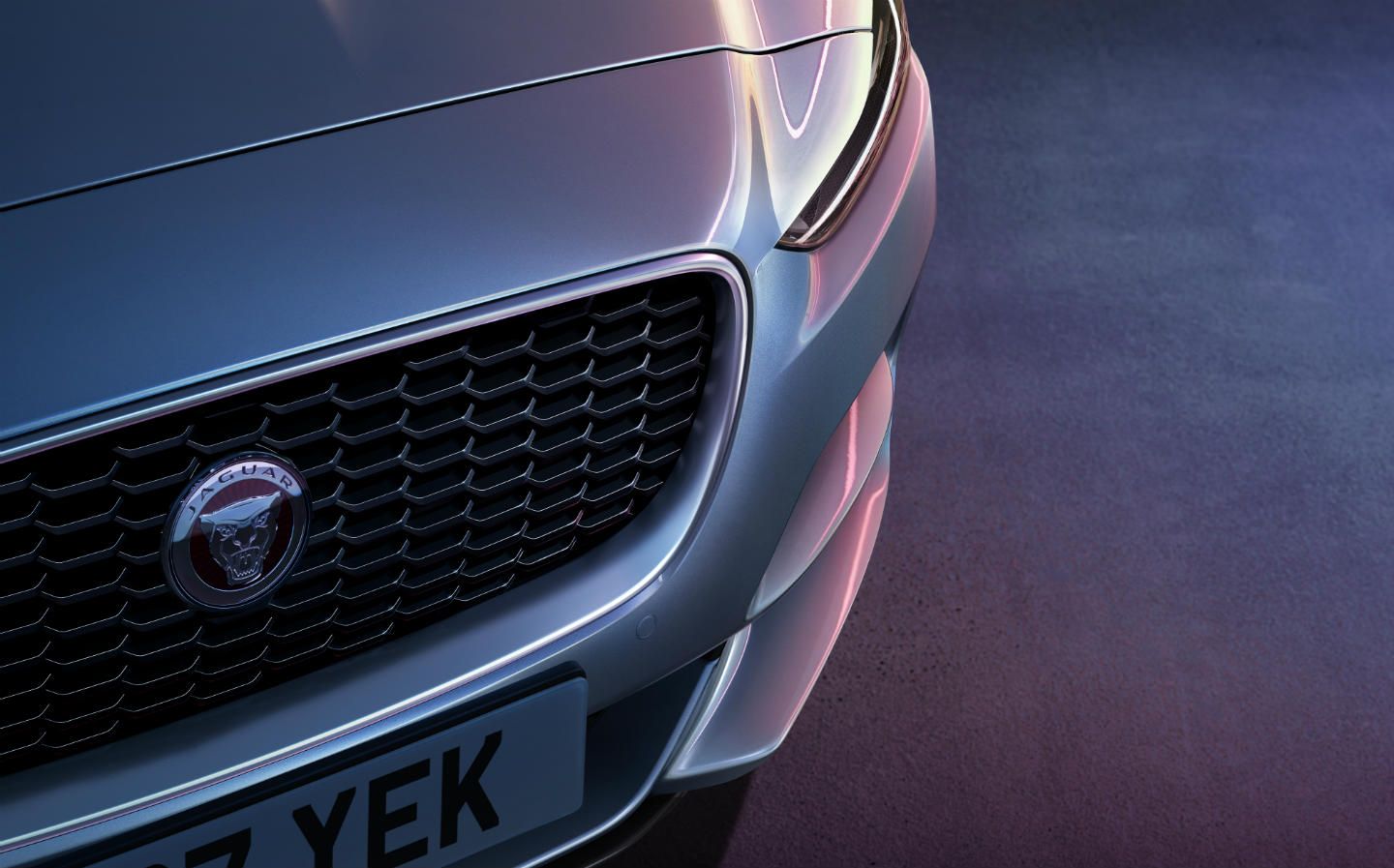 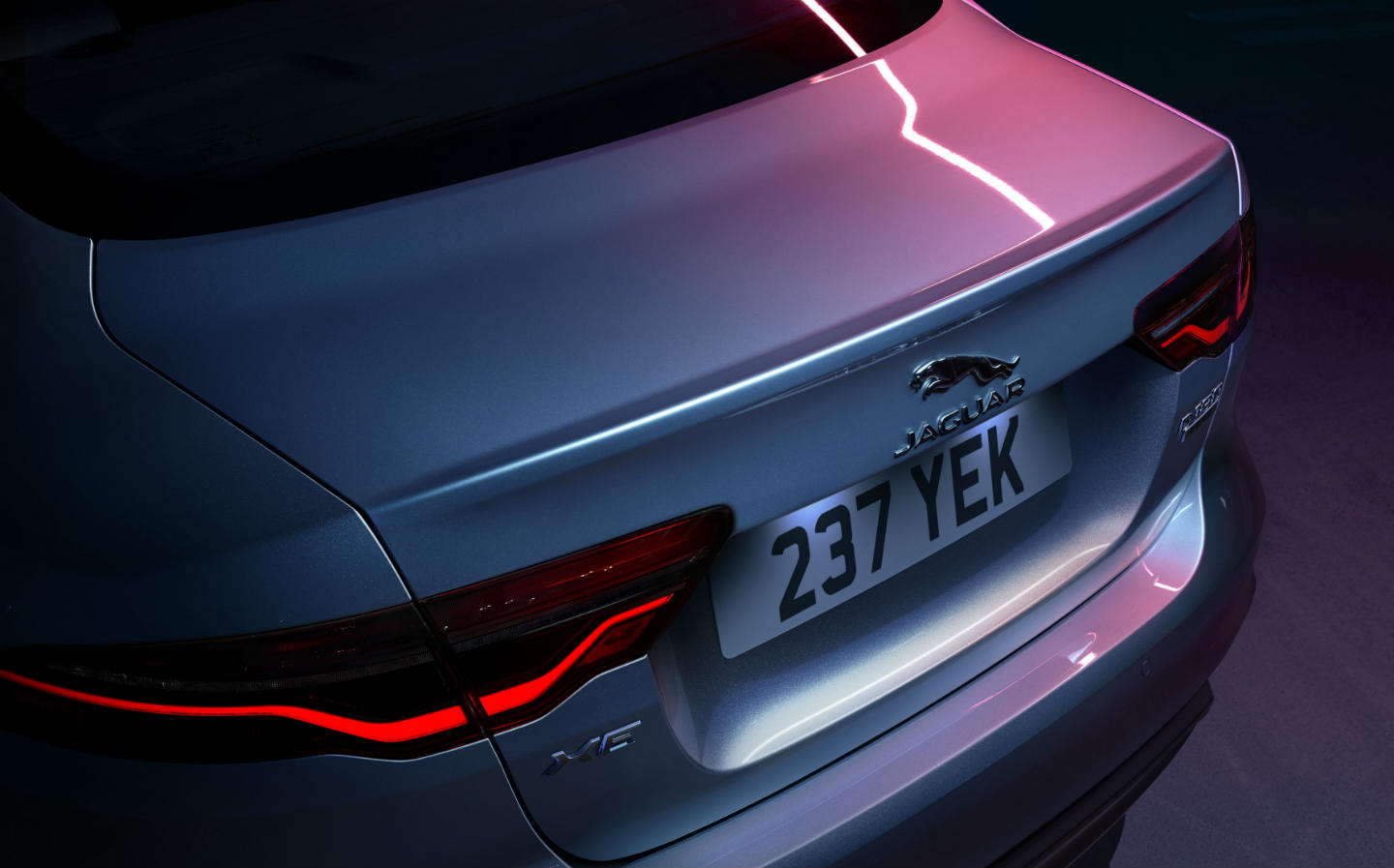 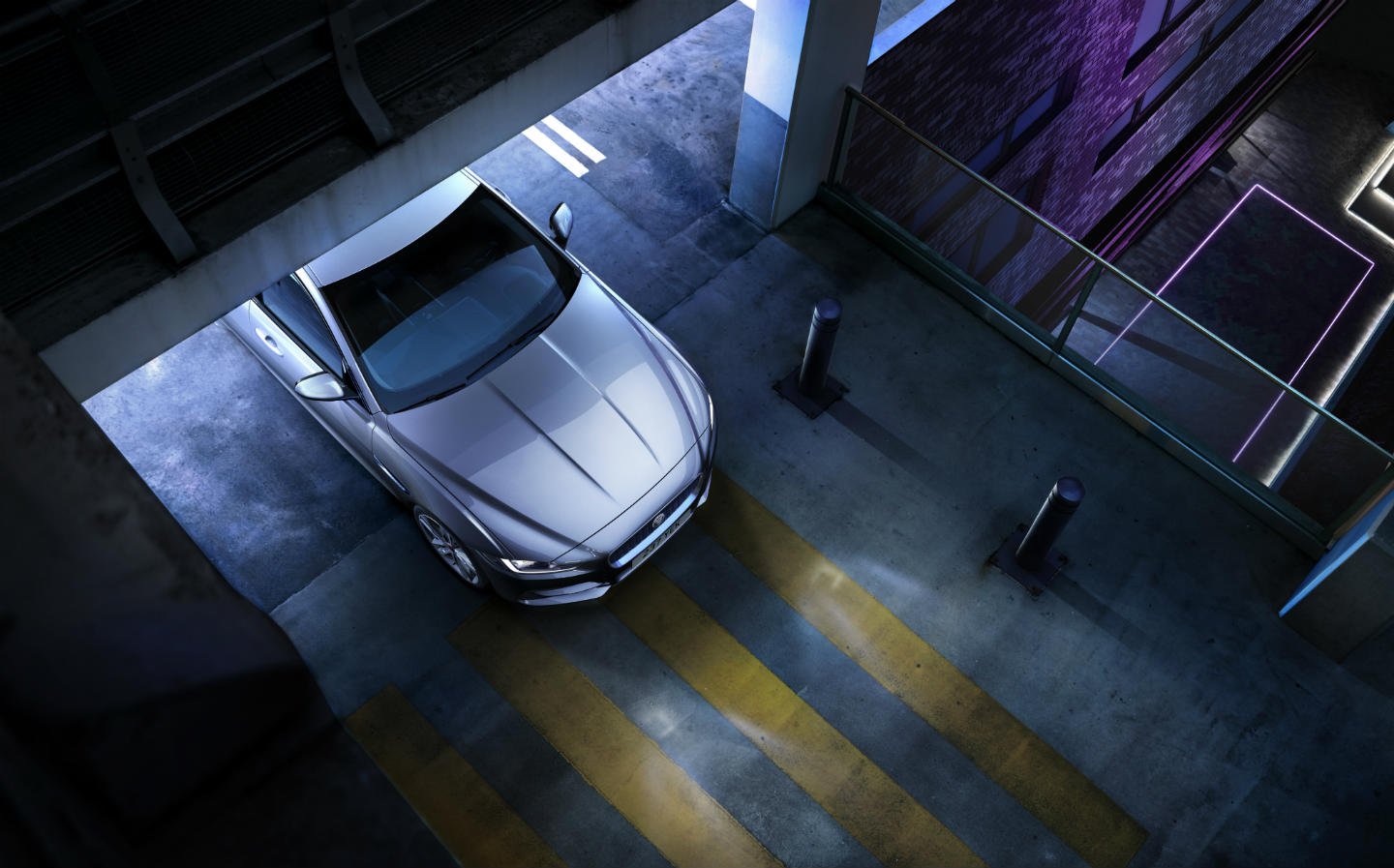 WHEN THE Jaguar XE first appeared, in 2014, it wasn’t just its size, price and performance that made it the baby of the British brand’s range. Its arguably less-than-premium interior, for example, wasn’t going to give designers at Mercedes, Audi and BMW anything to worry about.

Turn the clock forward to 2019 and — having flexed their inventiveness with the likes of the F-Pace, E-Pace and I-Pace — Jaguar’s designers and engineers saw fit to turn their attention to the XE.

The result of their efforts is this new 2019 model — a leaner, meaner version of the baby Jaguar which has its sights set squarely on the likes of the BMW 3 Series and Alfa Romeo Giulia.

On the outside, you’ll notice a lower, wider front bumper with vast intakes that wouldn’t look out of place on the F-Type sports car, let alone a modest mid-sized saloon. Thanks to some new LED components, its headlights are slimmer and more piercing than ever, and the XE’s brake lights sport a kinkier design that mirrors the shape of a race-track chicane.

As before, the XE’s rear bumper is punctuated by a pair of real exhaust tips — you’ll find none of the Mercedes C-Class’ horrid chrome fakery here — and you can shoe the XE with whopping 20in alloy wheels to give it a seriously assertive stance.

The changes are evident as you climb inside, too, although some are trickier to spot than others. You’ll instantly notice the triple-screen infotainment system borrowed from the I-Pace in fully-specced models, but the new leather-trimmed gear selector, drive mode toggle switch and metal gear-shift paddles are rather more subtle.

The touchscreens look fantastic and most of the menus are easy to navigate but there’s none of the high-tech voice or gesture controls that you get in the latest BMW 3 Series, and the heating and ventilation controls are a little trickier to use on the move than would be the case with old-school physical buttons.

A party trick is the optional high definition digital rear-view mirror, which uses a camera on the back of the car to display a wide-angle view of what’s going on behind the car. You’ll find the same thing in the new Range Rover Evoque, and it’s a good bit of kit that means rear passengers and C-pillars don’t obscure your rearward view.

The materials dotted around the XE’s cabin have also been overhauled. No matter how deep down you poke and prod, everything feels soft and yielding — a far cry from the scratchy, brittle trims that plagued the old car’s interior.

Thanks to the facelift’s tweaks, the Jaguar XE is a serious threat to the German mainstream

Sadly, cabin space is no more generous than it was in the old XE — that’s to say ample in the front, but pretty bloomin’ tight in the rear. You’ll have plenty of space to stretch out in the driver’s seat but taller back seat passengers will find their heads bashing against the roof rather too regularly.

Sadly, it’s a similar story when you come to load the boot. There’s space for a set of golf clubs but the Jaguar XE’s 455-litre load bay trails the approximately 480-litre boots you get in almost all of its rivals.

You don’t buy a saloon just for its load-lugging abilities, of course. Of more interest is how quiet it is to travel in for long periods. Well, you can cruise along comfortably in the Jaguar XE at motorway speeds without a great deal of wind or tyre noise, and its suspension does a good job of ironing out bumps and potholes.

Every model gets a smooth eight-speed automatic gearbox as standard which responds quickly to each pull of the steering wheel-mounted paddles, should you choose to shift the cogs manually.

If you’ll be doing long motorway journeys, the 180hp 2-litre diesel is the engine to go for. It isn’t quite as smooth as the diesel engines you can get in German alternatives but it’s relatively quiet, pretty economical and doesn’t grumble a great deal when you floor it to overtake slow-moving traffic.

If you fancy something sportier (it is a Jaguar after all), there’s a pair of 2-litre petrol engines producing 250hp and 300hp. The former is the most affordable in the XE range, while the latter grants this compact saloon pretty potent performance — pick a four-wheel-drive model and the 0-60mph sprint will be dispatched in just 5.4 seconds.

The XE’s double-wishbone front suspension and precise steering make it good through the corners, too; it feels planted and nimble on twisty backroads. The BMW 3 Series has long been the king of the fine-handling saloons but the XE gives it a serious run for its money.

With a chassis and suspension setup as capable and confident as the XE’s, it’s a shame that you can’t get it with a more powerful six or even eight-cylinder engine like the BMW M340i and upcoming M3. That being said, if you’re dying for a supercharged V8 super saloon, there’s always the raucous Project 8 to consider.

All these tweaks mean the latest Jaguar XE represents a serious alternative to the German mainstream. It’s still the baby of the range, but now it’s more mature than ever.

Find out how much you could save on a Jaguar XE at carwow (not available at time of publishing).