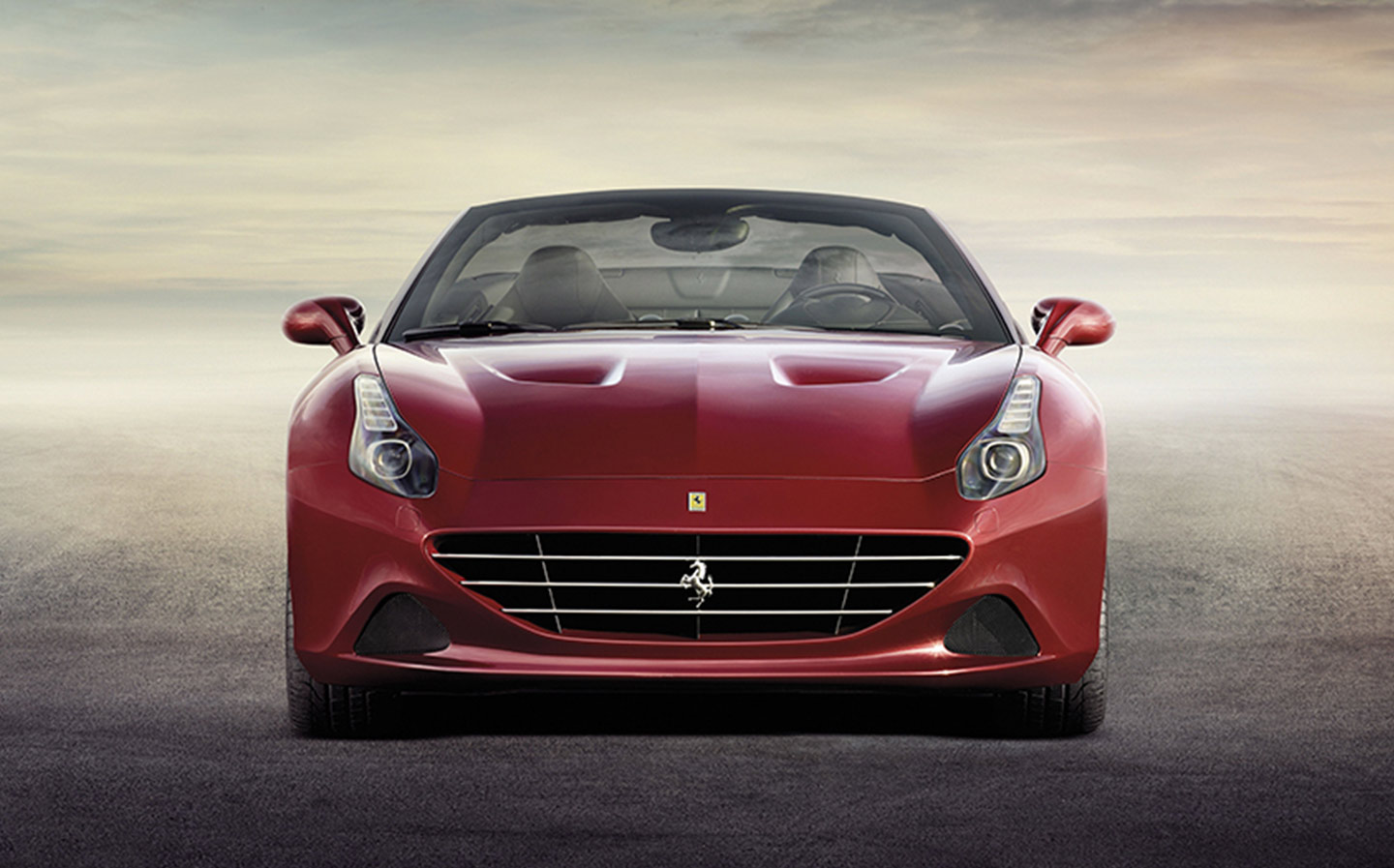 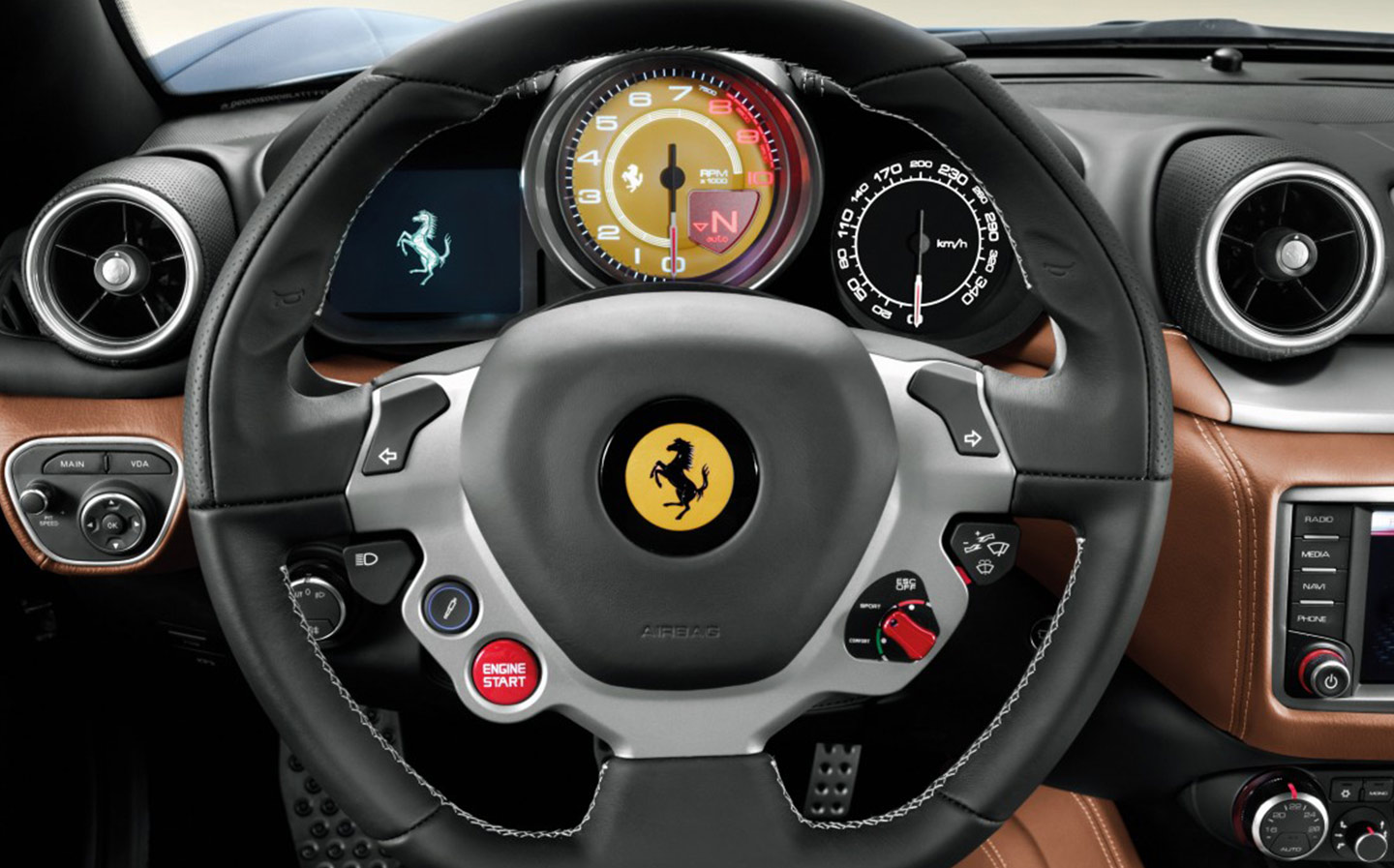 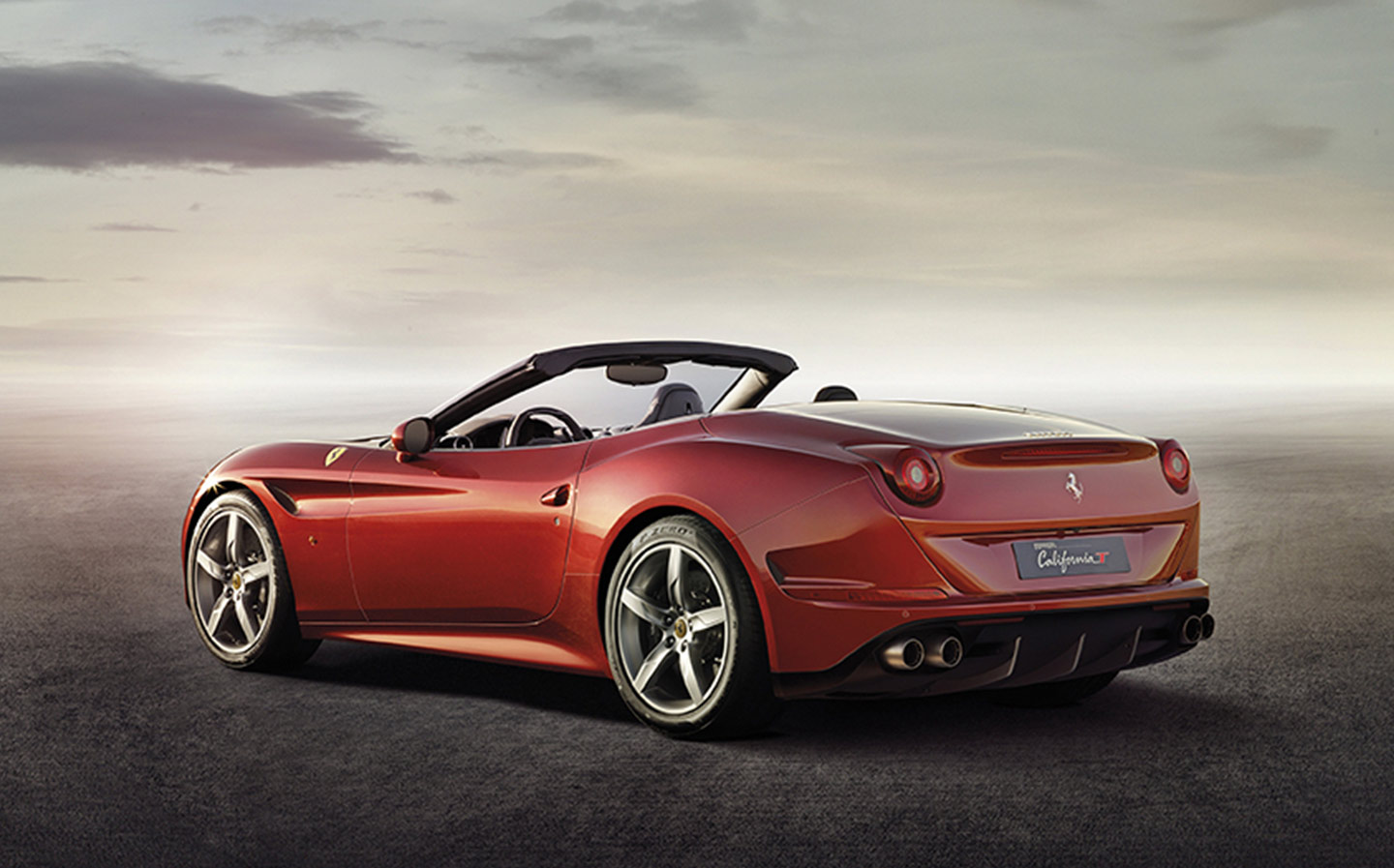 THE MOST popular option on the last Ferrari California took everyone by surprise. It wasn’t the special handling package with uprated sports suspension. Or the flashy £7,000 bespoke paintwork, perfect for matching the colour of a favourite Hermès handbag. It was the what can loosely be called the family pack: namely child-friendly back seats.

Nearly every California to leave the production line at Maranello was fitted with the optional rear seats instead of a flat luggage bench. And with this second generation of its Grand Tourer, Ferrari has decided to make them standard. But that’s not all; the company’s racing engineers have also been given the humiliating job of fitting those seats as standard with Isofix mounts, more common on family MPVs. Owners can even order “his and her” Ferrari-branded child seats that are tailor-made to fit the California T’s cosy confines.

This may not be what you expect from the most red-blooded of Italy’s supercar makers. But then the California T — the T signifying its new turbocharged V8 engine — is not like other Ferraris. For a start, potential owners could hardly be called Ferraristi; at just under £155,000 this is the “cheapest” Ferrari you can buy, an entry-level car for those looking for their first taste of the exotic Italian marque. They want a Ferrari, but one that can be used every day for tasks as mundane as the school run, commute to the office or loading up Waitrose goodies.

So the California T is more practical than its predecessor. It is also more environmentally friendly: even Ferrari can’t get around the Brussels Eurocrats and their killjoy rules and regulations. Which is why beneath the curves and contours of the new bodywork is a 3.9-litre V8 that is considerably smaller (physically and in capacity) than the 4.3-litre unit it replaces. The result is a car can that achieve 27mpg — up from 22mpg — and has lowered its CO2 emissions from 299g/km to 250g/km.

The California T is more practical than its predecessor. It is also more environmentally friendly: even Ferrari can’t get around the Brussels Eurocrats and their killjoy rules and regulations.

Yet it is substantially more powerful, with 552bhp — its predecessor was 482bhp — and has enough torque to haul an HGV. With a top speed of 196mph the California T is also faster, albeit by 3mph, than the model it replaces. But does any of this make the California T better to drive, or has it lost some of its soul in the makeover? The best way to answer that is to drop the roof and floor the throttle.

This takes longer than you think. The company claims the two-piece folding roof will lower in 14 seconds, but the stopwatch suggested it was more like 19 seconds. Of greater irritation is the fact that it can’t be closed or opened on the move. Most rivals — and much cheaper convertible cars — can be.

With the roof lowered, the cabin is a calm environment right up to three-figure speeds. Close it and the California T passes for a coupé. The quality of the fit and finish is impressive, but the car could do without a new gimmick called Turbo Performance Engineer. It’s a touchscreen display with all manner of information about the turbochargers that you never knew you wanted to know. Impossible to read at a glance, it calls for the driver to take their eyes off the road — not a terribly smart move, even if this is the most user-friendly of all the Ferrari models.

Rather more annoyingly, Ferrari persists with placing all controls on the steering wheel. Fernando Alonso and Kimi Raikkonen may be comfortable with this setup, but they will never have to use indicators, windscreen wipers and a horn while negotiating a roundabout.

Ferrari V8s usually sound louder, meaner and more menacing than anything else on the road. They leave your ears ringing all day after a Sunday morning blast. If they were a singer, they’d be Lemmy from Motörhead. But the California T sounds more like Lemmy with a sore throat.

Floor the throttle and at first the four exhaust pipes parp and gurgle deeply like an 18-wheeler lorry. As the revs build, the sound of the V8 engine takes over, its distinct wail joined by the whistle of the turbo. But each time you wind it round to its rev limit — 7500rpm — you’re left craving an extra notch or two on the volume dial. It is a Ferrari, after all.

The flip side to this is that cruising through sleepy villages or commuting into town is not the cringe-inducing, attention-seeking experience some drivers might have imagined. The California T is civilised, even stealthy.

There’s nothing sleepy about the performance, though. This is a dramatically fast car, with a great deal of urge in the middle of the rev range, and the response to the throttle — the mark of a good sports car and a trait of most Ferraris — is as immediate as you’ll get with a turbocharged car.

A switch on the steering wheel allows the owner to choose how brave they want to be: Comfort mode is for driving to the office in the rain, Sport gives the car a more aggressive edge — probably like driving home to confront a tradesman about some shoddy building work — and ESC Off does away with all electronic systems, leaving the driver in charge of their own destiny.

In keeping with the California T’s role as an everyday car, even the Sport setting errs on the side of caution, cutting the engine’s power at the slightest sign of wheelspin. It’s tempting, then, to turn it off entirely, but the steering is so light and there’s precious little sensation through the seat of your pants that it seems a risky strategy.

Some purists may be a bit sniffy about the California T, but make no mistake, this is still a Ferrari — just a more environmentally responsible, family-friendly one. That may sound like a contradiction in terms yet for a high- flying thirtysomething executive with a wife and two children and a hard commute to the office it is hard to beat.

For Perfect blend of comfort, luxury and performance Against Enormously expensive to run

Search for and buy a used Bentley Continental GTC on driving.co.uk

For Monstrous performance; more subtle than a Ferrari Against Lacks badge kudos of rivals

Search for and buy a used Mercedes SL on driving.co.uk

Search for and buy used Ferrari California on driving.co.uk