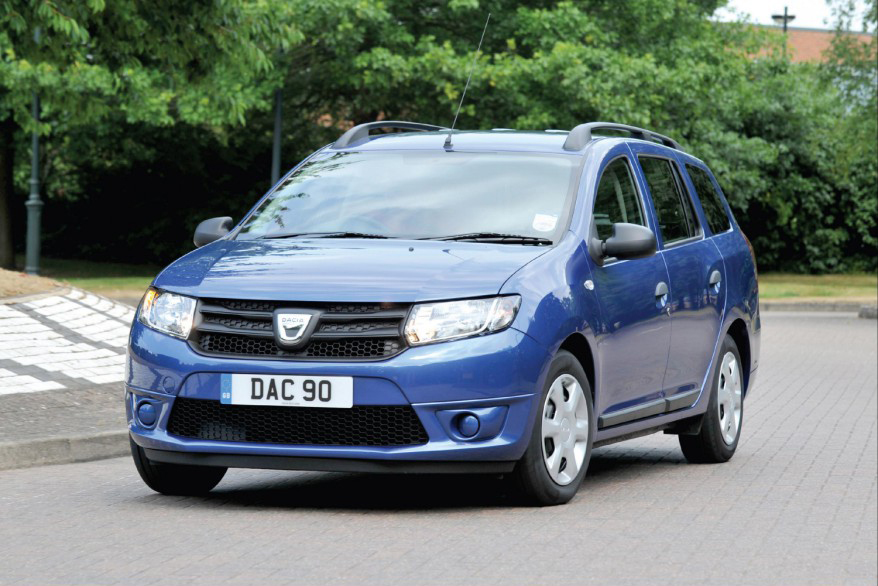 IT’S BEEN a long time since I drove a car that squeaked. They used to squeak all the time. But nowadays a squeak is seldom heard. Say what you like about modern vehicle manufacturing, but it’s got the squeaking sorted.

But what do you expect, the voice in my head said, at these prices? Dacia is Renault’s Romanian offshoot, sent in to blow the bottom out of the cut-price market and install a new basement. It does a supermini, the Sandero, that costs tuppence, and an SUV, the Duster, that retails at £14.99 plus 300 Nectar points, or thereabouts.

And it does the Logan MCV (which stands for “maximum capacity vehicle”, or, as we used to say, “estate”), whose entry price is — and this is true — £6,995. Even one of the top-spec Laureate models, which I drove, at £9,795 is almost £2,000 cheaper than anything roughly equivalent by Skoda, and more than £2,500 less than a Seat estate. With seats folded forward, the Logan offers close to the load space of a Volvo V70 — yet at little more than the price of a Volvo’s wing mirror. Talk about “budget-priced room”. You almost expect to open the back and find Lenny Henry in there, having a kip.

It’s arresting to think that while other manufacturers worry over app interfaces and the best ways forward for infotainment streaming, Dacia is fondly reimagining a world in which you don’t even get a radio. OK, the base-model Logan does come with the wiring for one, so you can’t accuse the company of being totally Taliban about it. Nevertheless — no radio! You couldn’t make a car stand more boldly against the prevailing culture, short of fastening a horse to the front of it.

My dad would have loved it. He refused to have a radio in his car as a point of principle and ignored all entreaties to install one. You tell children these days that you once drove all the way from Essex to Cornwall with a complete absence of Bluetooth-enabled multimedia devices and they look at you as though you’re referring to a journey in the Ark with your old school friend Noah. But it happened. And, thanks to Dacia, it can now happen again.

You couldn’t make a car stand more boldly against the prevailing culture, short of fastening a horse to the front of it.

Mind you, my dad would have had to do something about the squeak. The elimination of stray, vibration-induced noises from car interiors was a lifelong battle with him, and one that his era destined him to lose. I, on the other hand, felt quite attached to the squeak, in a nostalgic sort of way, and found that it helped me begin to get my head round the philosophical question posed by the whole Dacia project: what happens to getting what you pay for when you don’t really pay anything at all?

And one thing that happens is that you end up needing to use the key to unlatch your car’s boot. This is fine until, for instance, you drop your kids at school, in a hurry, semi-drive-by style, pausing in the middle of the road with the engine running while they run round to fetch their bags from the back — except that they can’t fetch their bags from the back because they need the key and you’re using it to keep the engine running . . . 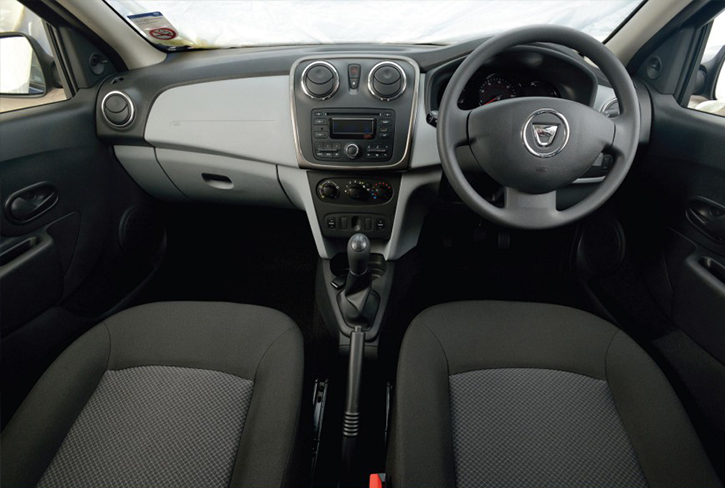 On the plus side, of course, no one is going to steal anything from your boot while you wait at traffic lights unless they come and steal the key from you first. And if they steal the key, they might as well steal the whole car. What this means is that Logan MCV drivers automatically qualify only for full-blown grade-one carjackings and are off the list for trifling grade-two and grade-three carjackings. If you lived somewhere such as Johannesburg or Sao Paulo this could be both a comfort and an incentive to buy.

Other old-school eccentricities: a tiny red pin-head bulb comes on to tell you the AC is working, but you’ll need to create some shadow in the area with your fingertip in order to be sure that it’s glowing. And with regard to removing the load cover, “lift” is the gentle verb used in the owner’s manual, but other, stronger verbs such as “tug”, “grapple”, “shove” and “swear quite a lot” seemed equally to apply.

On the whole, though, rather than missing things, I began looking at the list of standard equipment and wondering why it had to be so long. Gearshift indicator? Rev counter? Does anyone really need that stuff? Rear wash/wipe? I could get out and use a cloth. (I’ll be round the back a lot, unlocking the boot, after all.)

On the plus side, of course, no one is going to steal anything from your boot while you wait at traffic lights unless they come and steal the key from you first. And if they steal the key, they might as well steal the whole car.

As for the list of supplementary add-ons for the base model: passenger vanity mirror? Light in the glovebox? External temperature gauge? “Chrome interior details”? What kind of pampered age are we living in?

There’s a temptation with the entry-level car to say the price is the answer to any question you might care to ask about it. What it is like to drive? About £6,995. How are the brakes? About £6,695. Is it any good? About £6,995. At the same time, we’re not talking about salvaged scrap. We’re talking about good-quality Renault-Nissan parts that happen to be a bit last generation. Or not even that: the perfectly acceptable 0.9-litre TCe 90 engine in my test model is also in the current Renault Clio.

Everything considered, I liked the Logan. I liked the way it drove, I liked what it stood for and I liked what it harked back to: a less precious, simpler, if slightly more squeaky, time. Plus it’s Romanian, over here and working cheaply, making it a whole bunch of things that might give Nigel Farage pause for thought.