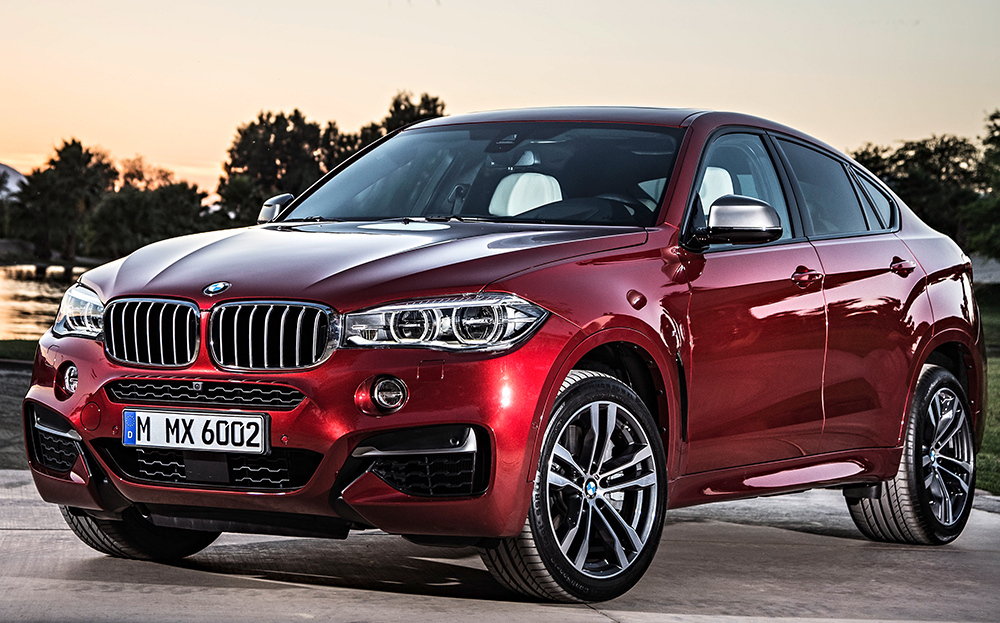 It felt as though the German car company had suffered a momentary lapse of reason – like dying your hair a strange colour or moving to the middle of nowhere and then finding it’s terribly lonely. Surely BMW would come to its senses, realise its error and never, ever build another? Well, it has.

The reason it has is that the X6 has been a runaway success, with over 260,000 sold. Contrary to my, and many others’ expectations, the old X6 was a hit with drivers. So BMW not only decided to replace it, but stuck so closely to the look of the first model that it’s hard to distinguish between new and old. 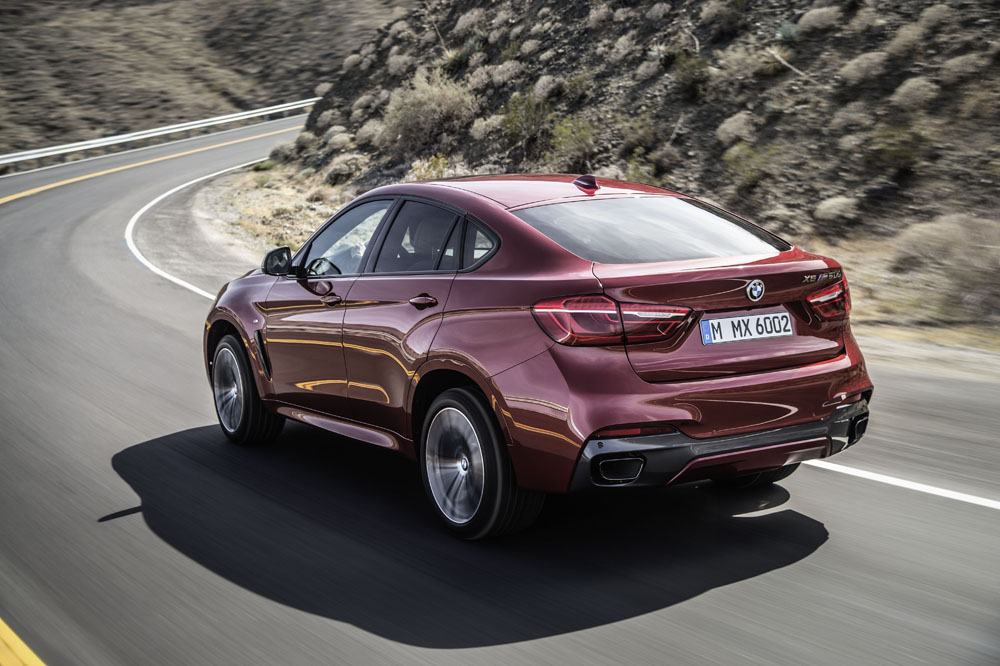 However, if it’s petrol power you want, the only choice is the xDrive 50i powered by a twin-turbo 4.4-litre V8 engine giving 443bhp. It costs £63,920, or nearly £4,000 less than the less powerful M50d. That’s because the M50d is an “M Performance” model and among other things has bespoke suspension settings that make it better to drive.

Which is not to say it’s actually a real “M” car; that model, the X6M, is on its way but won’t arrive until next year when we will also see a 40d model whose 309bhp output will split the difference between the two existing diesel engines. And, yes, I found it confusing too. 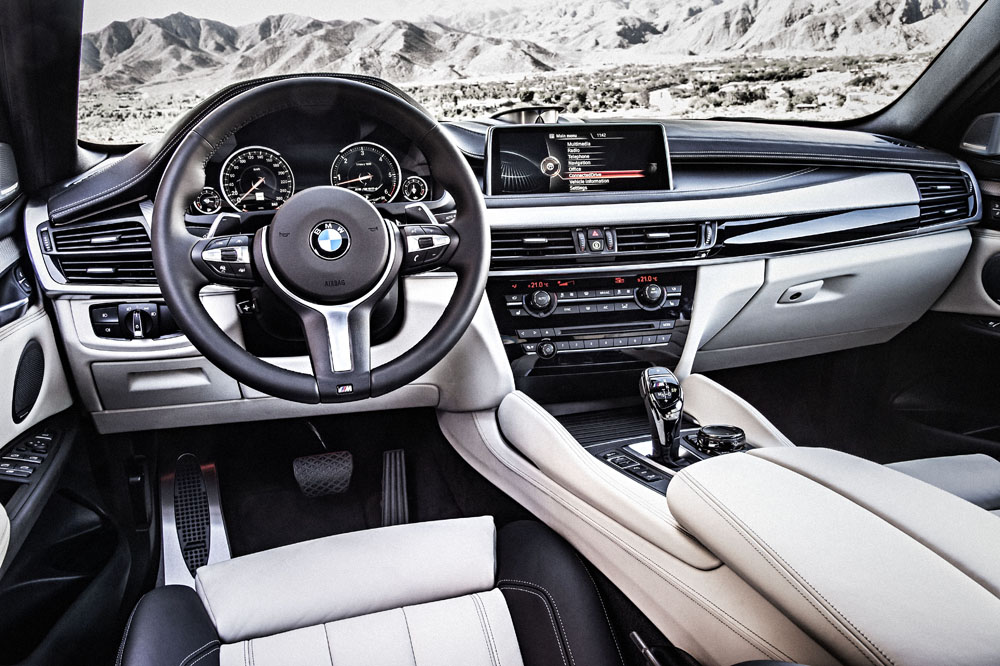 So similar does this new X6 look to the last that I felt the need to park one next to the other. Not only is every body panel new, the car is larger in all three dimensions.

Inside, the X6 is now as elegant as the exterior is determinedly odd. The latest generic BMW central stack with a large screen, switches and iDrive controller is there, but the rest of the dash is a subtle, swooping affair crafted from high quality leather with fillets of polished aluminium and nifty new instrument dials that enlarge each number as the needle sweeps around its gauge.

The M50d is an ‘M Performance’ model. Which is not to say it’s actually a real ‘M’ car; that model, the X6M, is on its way but won’t arrive until next year. Yes, I found it confusing too.

Better still, every X6 is now a proper five-seat car. My biggest beef when I first drove its predecessor was the profligacy of a two-tonne SUV that would seat fewer people than a Ford Fiesta. In time BMW provided the option of a third perch in the back, but now there are three proper seats, each of which can be folded forward individually. There’s plenty of room in the back, too; I’m over 6ft 3in, yet could sit behind a 6ft driver in comfort. 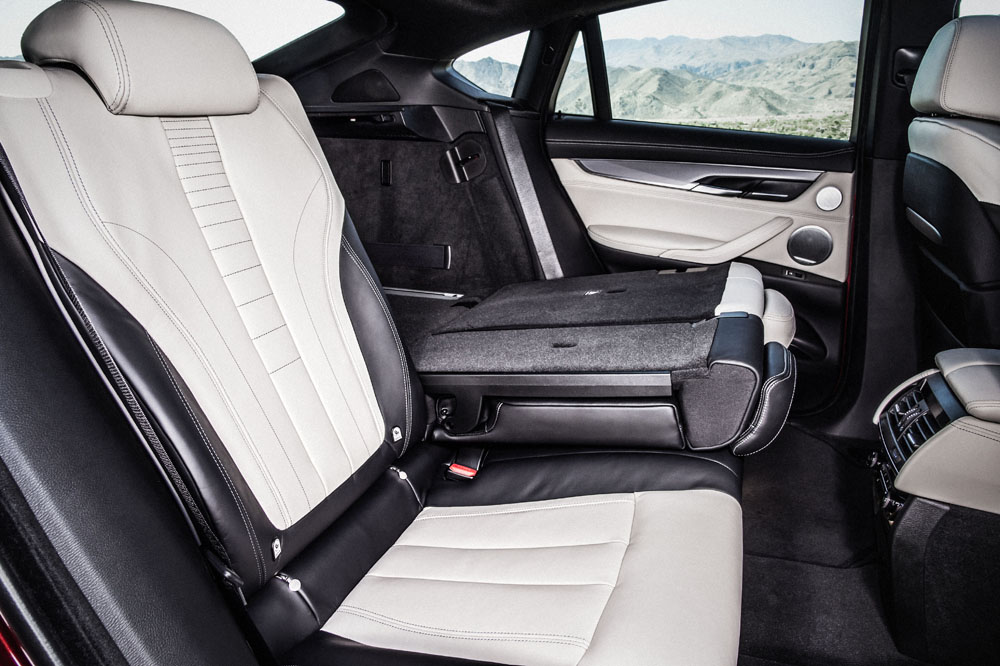 The boot’s grown, as well. With the seats down it will now swallow over 1,500 litres of luggage, which is only a little less than Volvo’s largest estate can manage. So think what you like of its shape, at least the X6 is now an entirely practical family holdall.

Search for and buy a BMW X6 on driving.co.uk

In M50d guise, at least, the new BMW X6 is also excellent to drive on a decent road. It seems to fly in the face of logic that something so high and so heavy (it weighs almost 2.2 tonnes) should also feel so composed.

Not that this is merely a dancing bear, where the interest is not so much the dance as the fact that it is happening at all. This X6 is a genuinely able and engaging car to drive fast, thanks not only to the monstrous torque of its gruff and gutsy tri-turbo motor, but also the unlikely composure of its electronically controlled chassis. The Porsche Cayenne Diesel S is the only diesel car in the world with more power and the only diesel-powered SUV that could match the X6’s abilities on a good road. 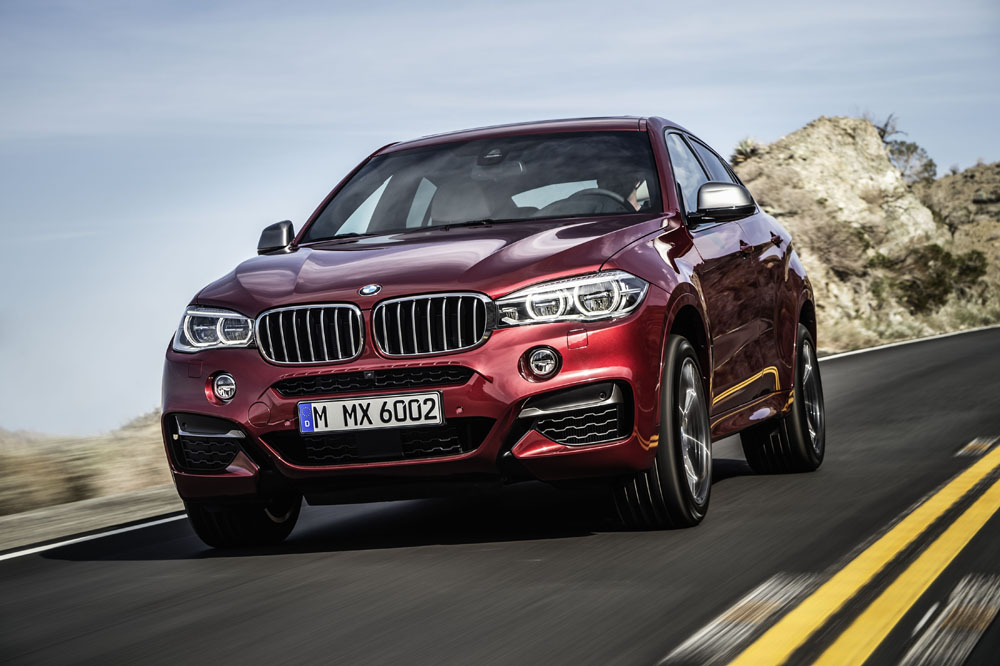 The petrol 50i is quicker still and with a V8 in place of a six-cylinder diesel, it is smoother and sweeter sounding, too. It has just two issues, the smaller being the absence of the M Performance suspension tweaks that give the M50d such poise. The larger issue is claimed fuel consumption of under 30mpg, compared with over 40mpg for the X50d. And I expect if you knocked 10mpg off each figure, that would provide a reasonably accurate guide as to what to expect in the real world.

This is not merely a dancing bear, where the interest is not so much the dance as the fact that it is happening at all: the X6 M50d is a genuinely able and engaging car to drive fast

And what of the 30d model that 80% of X6 customers in Britain will buy (at least until the 40d becomes available)? I’d love to tell you all but in its wisdom, BMW elected not to let us drive it despite launching the car outside the South Carolina factory where it is built. 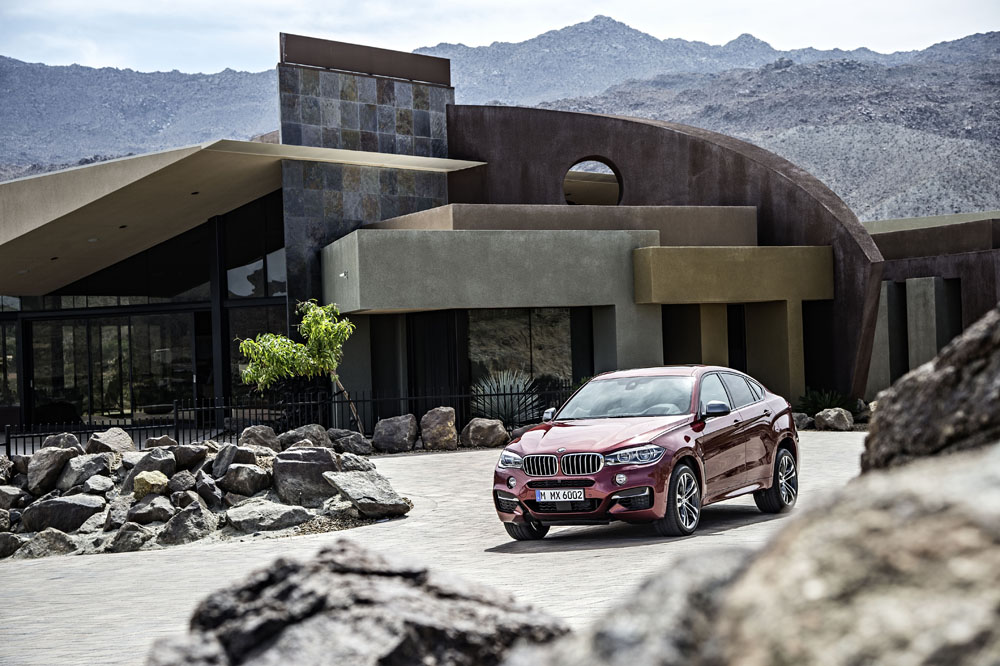 You can still criticise the X6 for its looks and it’s as easy as ever to turn your nose up at it for its undeniably vulgar image. But now the X6 is both capable and entertaining, not to mention eminently practical.

It’s still not a car I warmed to and I would recommend BMW’s X5 over an X6. But if you do like the shape and what you think it says about you, everything else about the new X6 will likely delight.

Search for and buy a BMW X6 on driving.co.uk

Search for and buy a Porsche Cayenne on driving.co.uk

Search for and buy a Range Rover Sport on driving.co.uk