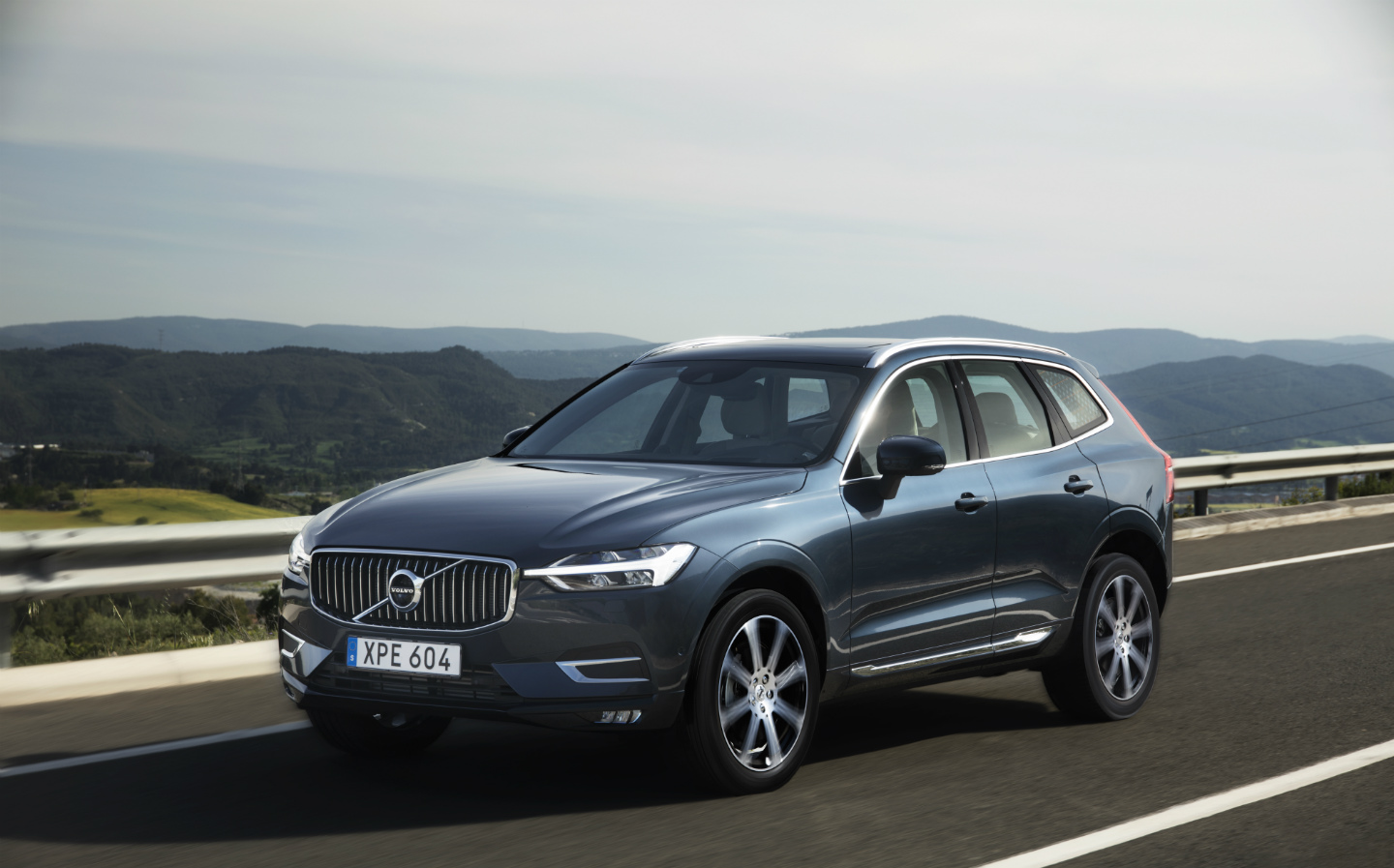 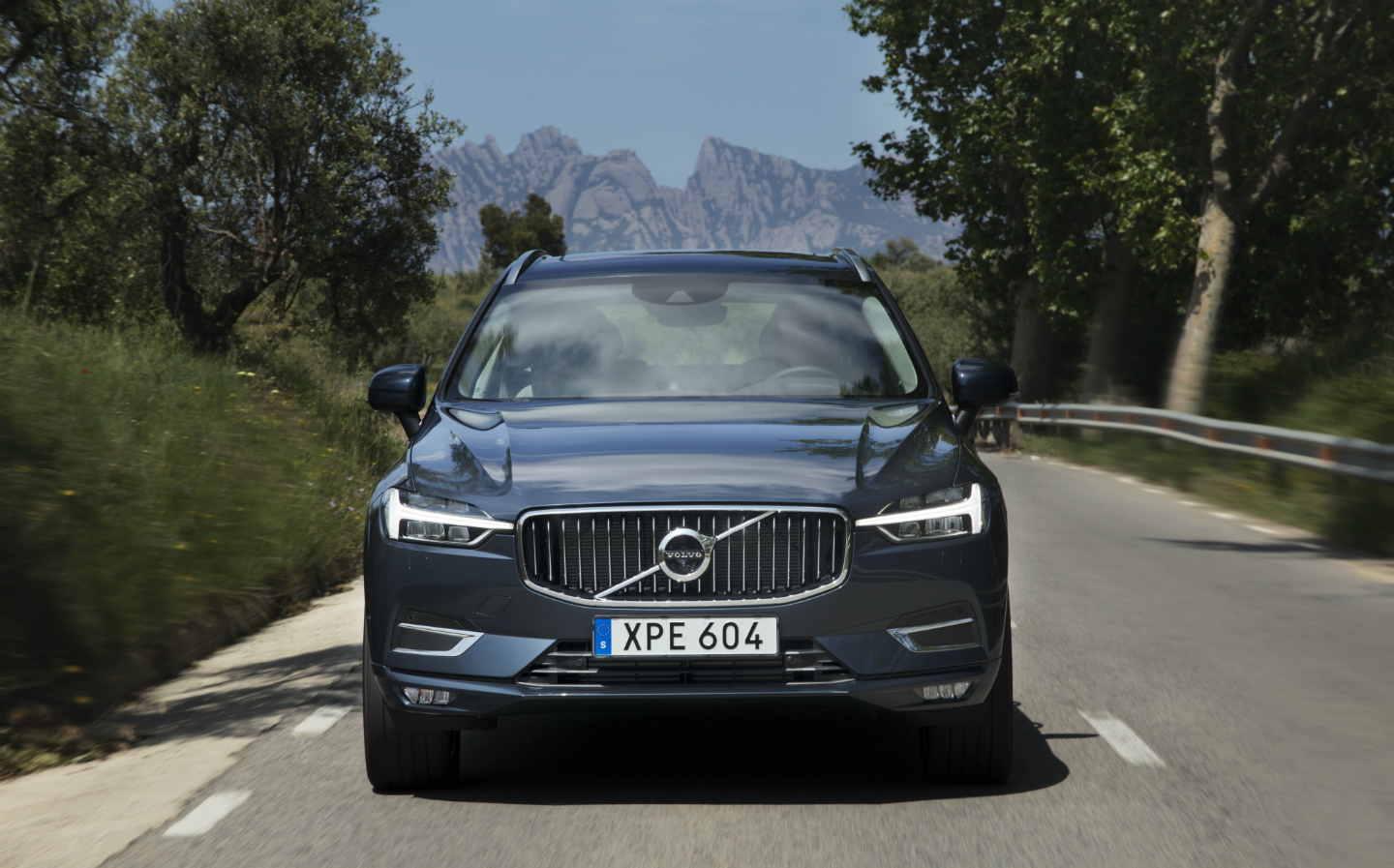 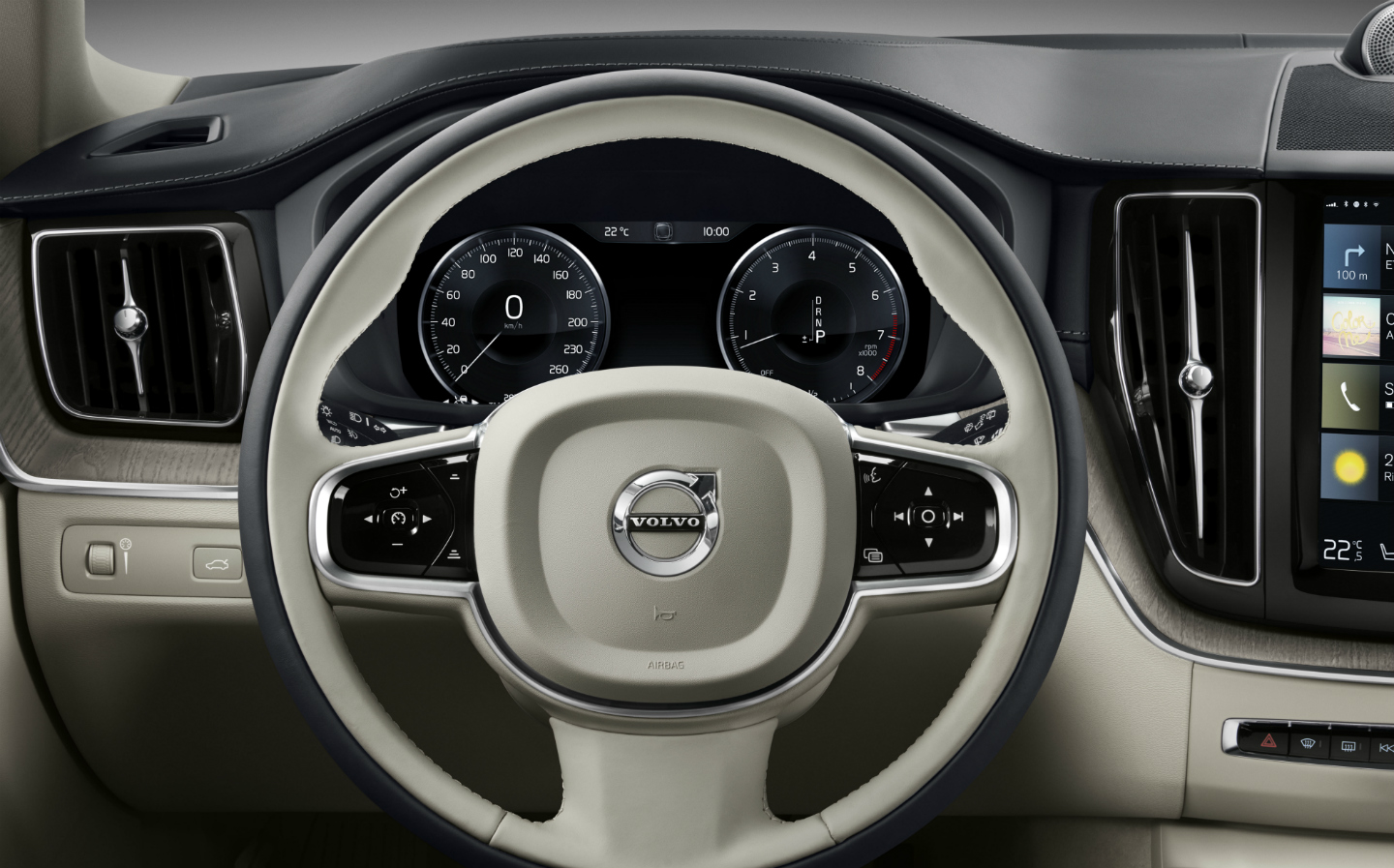 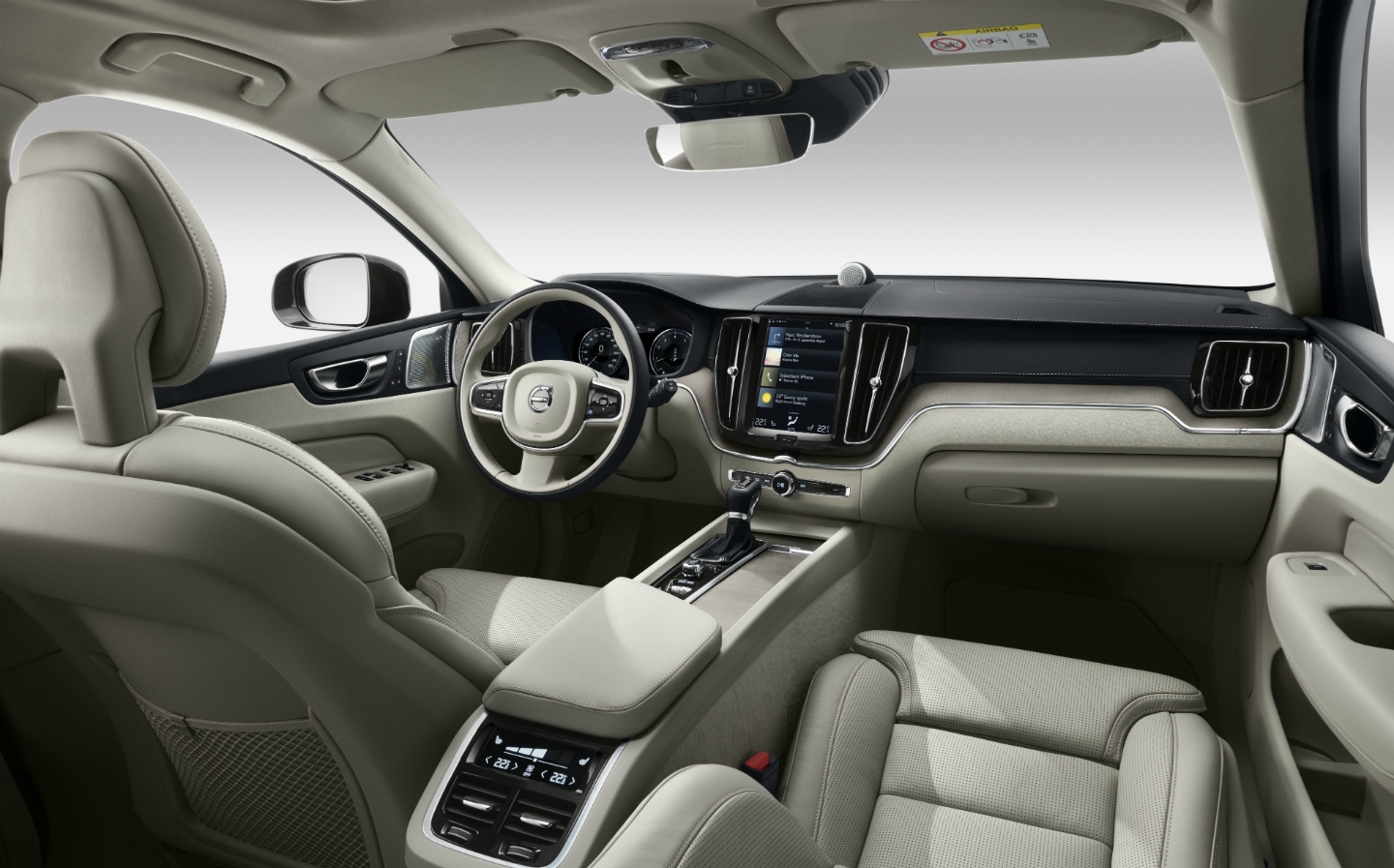 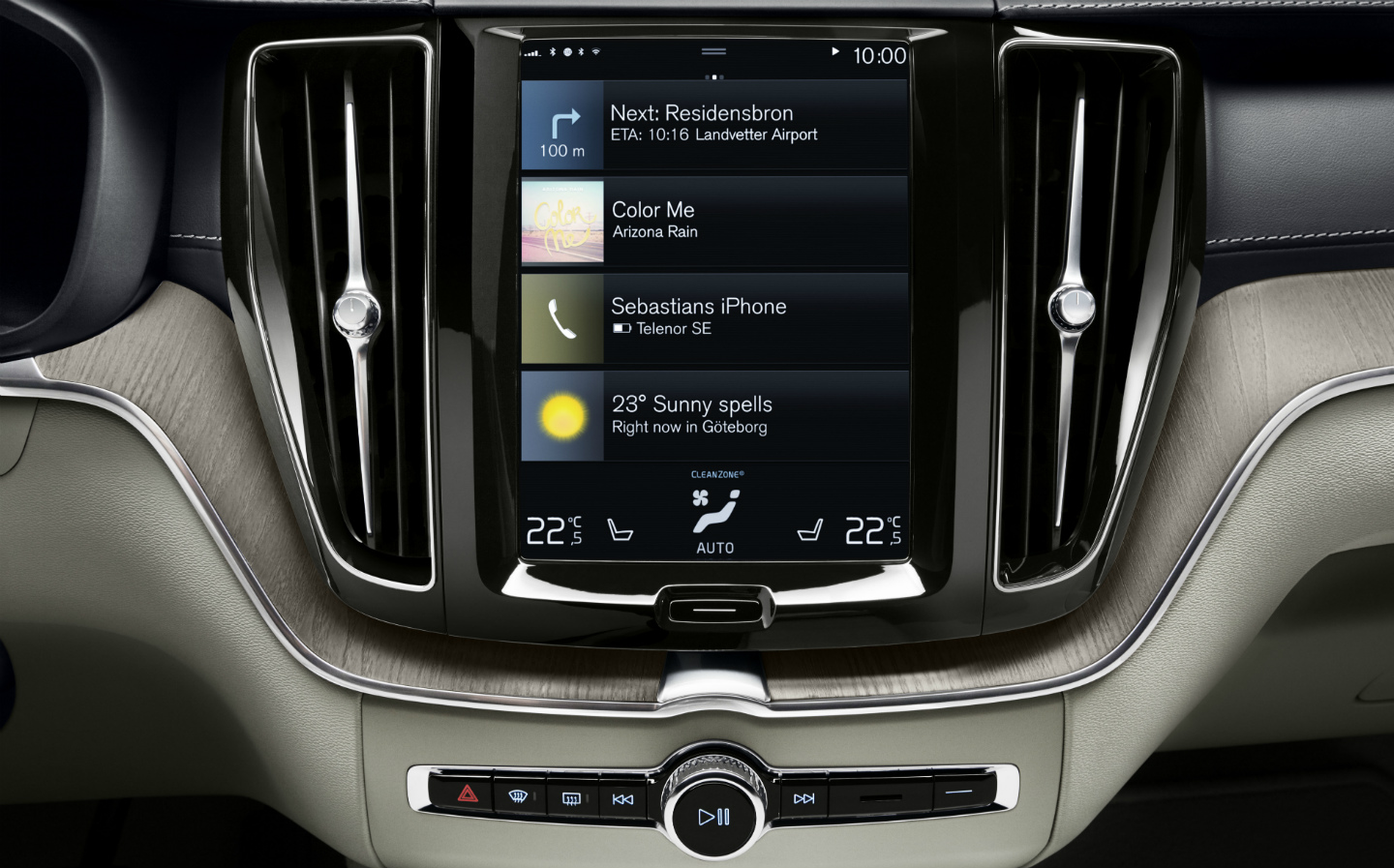 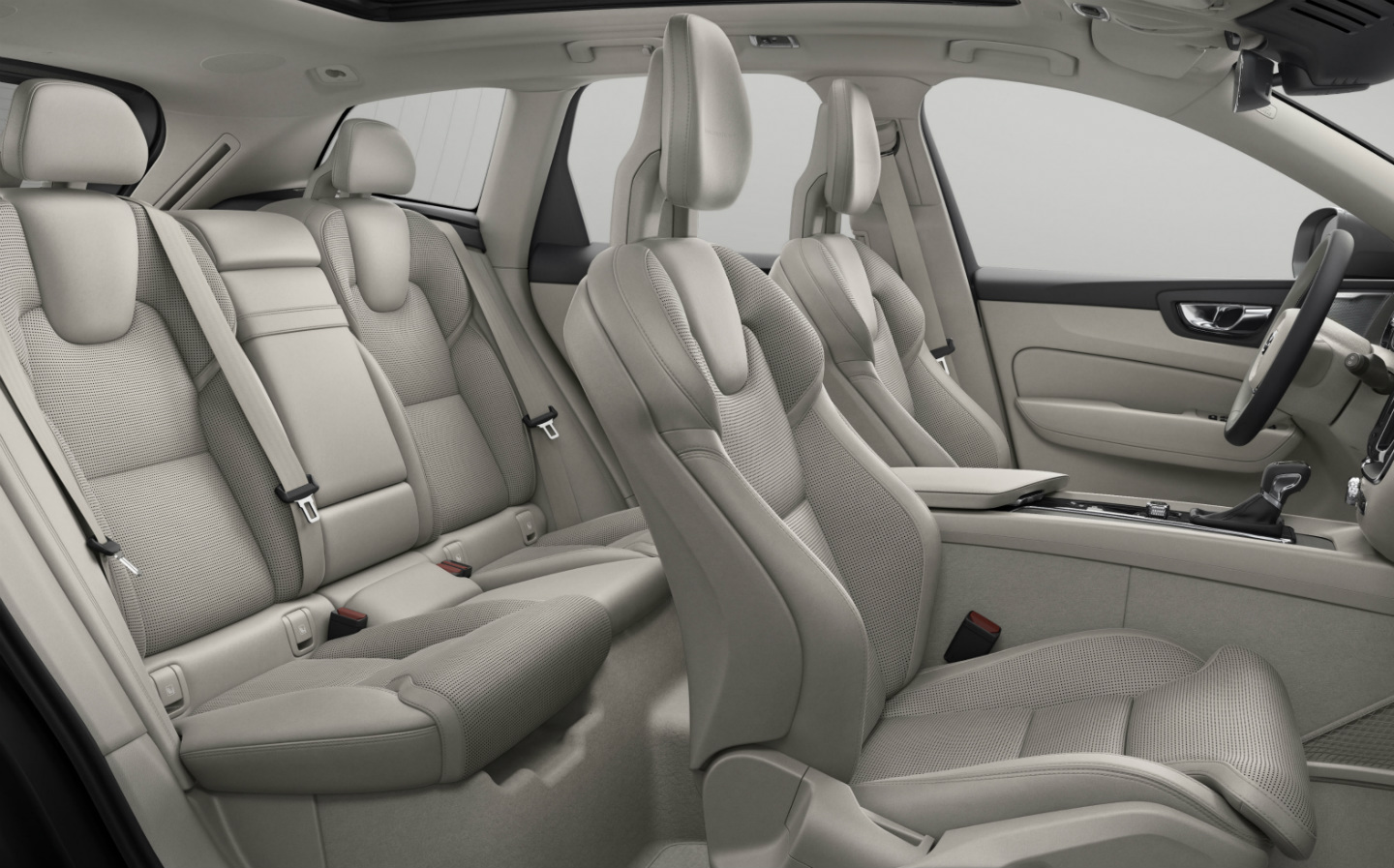 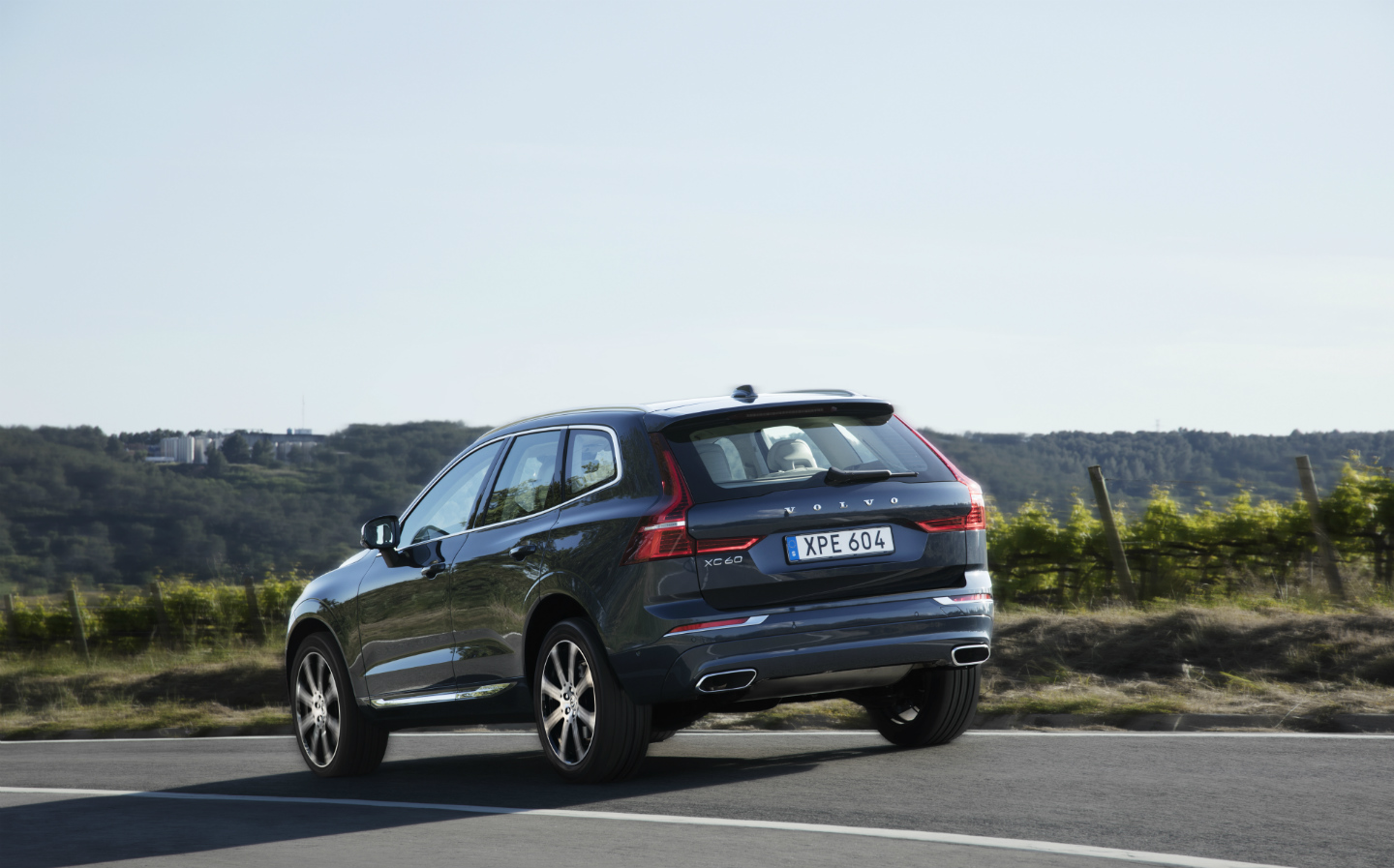 By Will Dron
Share Article
Should be on the shortlist of every SUV buyer
At a glance
Pros
Bags of safety features
Loaded with creature comforts, too
Drives well with air suspension
Cons
Not cheap
Touchscreen grumbles
No seven-seat option
Specifications
Cars > Volvo > XC60

IT’S GOOD to know Volvo hasn’t relaxed its focus on safety after all these years. The Swedish car maker has long been known for it preoccupation with passenger safety — it pioneered the use of the three-point seatbelt in 1959, for example — and has stated its goal that no one should die in its cars by 2020. Its ultimate aim is to create a car that won’t kill anyone, pedestrians included.

The all-new XC60 is Volvo’s next milestone on this road, and there’s a lot riding on it. Although the larger XC90 is the model many will think of when picturing a Volvo 4×4, the XC60 has become the bestselling premium SUV in Europe, with sales increasing every year since its launch nine years ago, which is an almost unheard of shelf life for a car.

The new version includes reams of technology designed not just to protect you and your family in the event of an accident but also to help avoid the accident in the first place.

The headline feature is City Safety with Steer Assist, which is active between 31 and 62mph and will recognise a last-minute, seat-of-your-pants swerve and apply steering support and braking to individual wheels to help you complete an emergency manoeuvre without ending up wrapped around a tree. Volvo says it will introduce a fully autonomous car in 2021, but until then the Swedish company wants to ensure that the driver is very much still in control. This XC60 simply gives them superhuman reflexes.

Below 31mph, the XC60 won’t interfere with the steering wheel but will still be on the lookout for potential head-on collisions, and will assist on the braking front, helping bring the car to a halt as quickly as possible. A slight irritation is that if you leave the car in Pilot mode and approach a queue of stationary traffic, the brakes are applied well after you might start pressing the pedal, making it feel like a hair-raising game of chicken. The car will, in our experience, step in and stop itself in time; it’s just a little more sudden than you might like.

Run Off Road Mitigation recognises when you’re about to drift off a road and does its best to keep you on the black stuff, rather than in a ditch, while another system helps keep inattentive drivers from drifting into oncoming traffic. The XC60’s Blind Spot Information System also has steering support and will help move itself back into lane if the driver tries to pull out to overtake on the motorway and there’s a speeding car approaching from behind.

At the car’s launch in Barcelona we weren’t able to try out most of these safety features, but we were able to use Pilot Assist, an advanced cruise control that helps steer the car, keeping it in lane and a safe distance behind the car in front. Such systems help you keep an eye on the road, and traffic, ahead. However, those who take pride in maintaining a constant speed on motorways may find it frustrating when their XC60 is accelerating and slowing down in sync with the car in front.

It is remarkably adept and sure-footed if pushed hard

What’s more, this sort of tech is improving all the time: the autonomous steering system for Pilot Assist has been updated since it was added to the XC90, for example, so the smaller SUV’s version is actually more sophisticated, turning corners more smoothly and working at up to 80mph.

As with big-name rivals such as the BMW X3, Audi Q5 and Land Rover Discovery Sport, the XC60 is four-wheel-drive only, so expect it to be able to handle a slippery surface without too much fuss. In reality the XC60 is more likely to be dealing with the hazards of the school run than Arctic tundra, so its ability to handle a couple of kids, tow a trailer or smother the odd sleeping policeman are arguably far more important.

On twisty roads it is remarkably adept and sure-footed if pushed hard, at least when fitted with the optional air suspension. And those aforementioned sleeping policemen are more stepped over than run over. Volvo says it isn’t aiming to produce the sportiest or most comfortable cars, but instead to create vehicles that inspire confidence in the driver. Well, in Dynamic mode our Volvo was sporty, and in Comfort it was comfortable. And having so much control was confidence-inspiring. Job done.

Be warned, though: we didn’t try the version without air suspension, and its handling may be different.

Under the bonnet buyers in Britain get a choice of two diesel motors, one petrol and one “twin engine” plug-in hybrid option lifted from the XC90 (all future Volvos will have a plug-in variant). We didn’t get to try out the hybrid, but it’s the most potent option with a combined 407bhp and a 0-60mph time of 4.9 seconds. It also offers the best fuel economy and CO2 emissions, with an official 134.5mpg (combined) and 49g/km respectively. However, it costs £56,850, so it’s likely to be a niche model.

The T5 petrol is the one for those who can’t afford that but are concerned about diesel emissions, and it has plenty of poke: 250bhp and a 0-60mph time of 6.8 seconds. Then there’s the 232bhp D5 diesel with PowerPulse, which at low revs spins the turbochargers with compressed air to reduce the lag between you pushing down the throttle and the engine delivering its thrust.

For our money, it’s worth forgoing a bit of oomph in favour of kit: the 188bhp D4 diesel in R-Design trim is £39,705. It should cost less at the fuel pumps, too, returning 55mpg on the official test.

For all the talk of saving lives, Volvo has really found its aesthetic mojo. Long gone are those Seventies boxes; Volvos now have curves in all the right places. As you might expect, the XC60 borrows heavily from its XC90 big brother, inside and out, with striking split-level headlights, a large grille and a rear light cluster that comes horizontally inwards, as well as downwards, framing the rear window.

The interior is even more impressive, essentially taking everything you’ll find in 90-series Volvos (the S90 saloon, V90 estate and XC90) and squishing it to fit inside the XC60. There’s the portrait-format touchscreen in the centre of the dash and an uncluttered layout with a mix of light and dark tones and soft and hard materials.

It’s not available in a seven-seat version, unlike the Land Rover Discovery Sport

In function, though, there are some grumbles. For example, front dual-zone climate and seat adjustment controls are all via the centre touchscreen, so if you’re setting the sat nav and the passenger decides to adjust their lumbar support via the button on the side of the seat, your destination-setting activities have to be put on hold. And it’s not available in a seven-seat version, unlike the Land Rover Discovery Sport.

Having said that, the mention of electrically controlled lumbar support suggests a certain level of creature comforts, and, boy, is the XC60 packed with features. As standard, all cars have an eight-speed automatic transmission, all-wheel drive, cruise control, keyless start, LED headlights with active high beam (or automatic dipping), rain-sensing windscreen wipers, powered tailgate, rear parking assist, dual-zone climate control and touchscreen infotainment with sat nav and DAB radio. In addition, you get most of the safety aids.

If you want the high-end audio of a Bowers & Wilkins stereo or the convenience of Apple CarPlay/Android Auto, you’ll need to pay extra (£2,500 and £300 respectively).

A longer wheelbase than in the previous XC60 gives more room inside, and even those over 6ft tall have plenty of space in the back seats, so child seats are no bother. There’s even a properly spacious boot.

So what we have is an attractive SUV with a classy interior that drives remarkably well for a car of its height (with the air suspension) and is possibly the best at avoiding accidents. It’s not cheap, but neither are similarly powered rivals from BMW, Audi and Land Rover. So, as is to be expected with SUVs, whether you choose the Volvo or a competitor will come down to style and badge appeal.