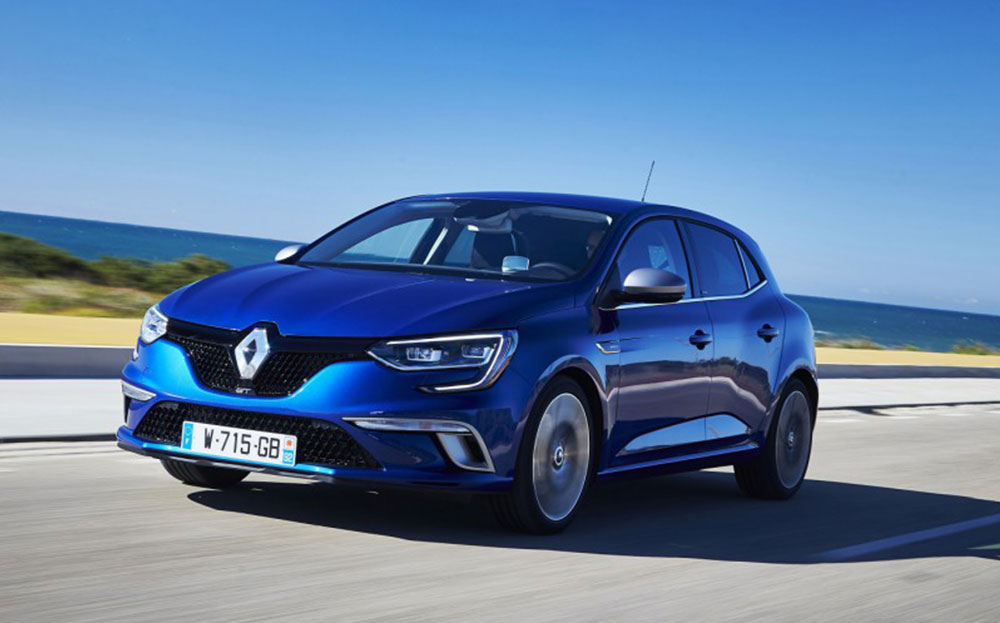 AH, THE glories once known by the Renault Mégane. How high it rose; how hard it fell. This was once the second-most-popular hatchback in Europe — Bing Crosby to the Golf’s Frank Sinatra. Then suddenly it was about as hot as Leo Sayer.

By 2003, eight years and two generations into its life, the French middle-market hatchback even inspired a complaint-generating pre-watershed advertisement campaign dedicated to the car’s supposedly hot back end and featuring (there’s no other way to put this) wiggling bottoms.

But the backsides stopped wiggling somewhere around version three in 2008.

What happened? Naturally the competition upped its game. The Golf stayed strong. The Vauxhall Astra got stronger. So did the Ford Focus. Meanwhile, the motor industry invented the “active lifestyle”, and some of the Mégane’s market migrated to funky crossovers and things onto which you could more easily strap a kayak. And it’s possible a mild reputation for unreliability just beyond the warranty terms saw off a few buyers, too. 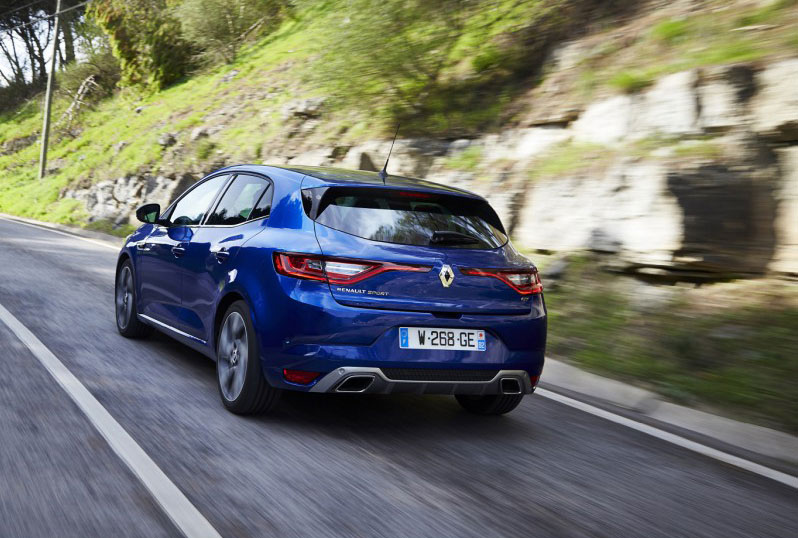 Not that Renault ever lost faith, or could afford to — and here the Mégane comes again, now in its fourth generation, looking to regather mojo and sales off the back of a sizeable injection of character, at least visually.

Next year’s Mégane is wider and lower than it used to be, and more alluringly clamped to the ground. The Renault badge stands defiantly tall and thick on the grille, and there seems to be a lot of hope pinned to LED rear lights that wrap across the boot like Hercule Poirot’s moustache. It’s easy to scoff, but chrome whiskers worked wonders for the Fiat 500.

Also, because it’s now a child of the Nissan-Renault Alliance’s “Common Module Family” factory process, the Mégane can carry the fancy stuff from, for example, the Espace people carrier (no longer sold in Britain) at low cost. Thus the dash touchscreen can be specified in portrait format — a poor relation of the equivalent setup in the Volvo XC90, but highly pleasurable to look at and to use, in any case, and definitely something to offset all the formulaic, dark grey plastic panelling.

In-seat massage? Clearly, when owners of non-premium hatchbacks can program their cars to prod them rather ineffectually around the lumbar region in a style of their choosing, democracy’s work is all but done

There’s a colour head-up display, albeit projected on a pop-up panel rather than on the windscreen, and a portfolio of electric aids — lane departure warning, parking assist, radar-monitored cruise control — which used to betoken exclusivity but, as we plunge down the mountain towards fully automated driving, will soon be as standard as electric windows.

In the meantime, Renault’s generosity surely peaks here in the provision of a customisable in-seat massage unit. Clearly, when owners of non-premium hatchbacks can program their cars to prod them rather ineffectually around the lumbar region in a style of their choosing, democracy’s work is all but done. 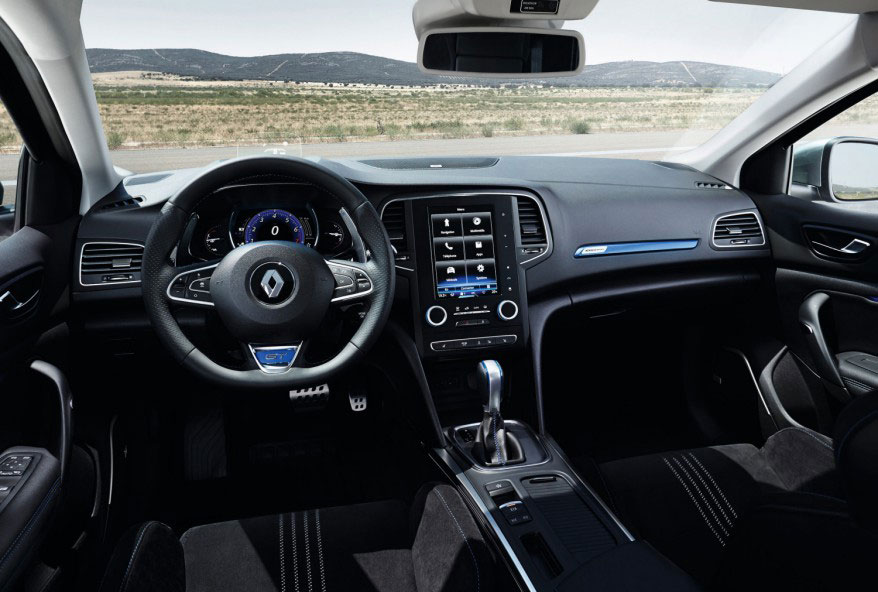 UK engines won’t be announced until closer to the car’s on-sale date, but we took a thoughtfully resculpted seat in the GT-Line, the heated-up version with sulky, dark metal overlays, go-faster badges and a 1.6-litre TCe 205 engine. Tap up the Sport setting and the throttle livens up, while a speaker pipes in a low burble as if the engine has suddenly been suspended in an amplified fish tank.

The car felt lithe and twisty, and was tangibly enhanced by pace-adapted all-wheel steering (at low speeds, the rear wheels turn in the opposite direction to the front ones to help cornering; at high speeds they get in line to hold things stable).

There are hotter hatches, certainly, and sharper ones. But possibly the high-end clobber and reset looks do enough to put the Mégane back in contention.

Time to call on the bum-wigglers again, though? We’ll see.