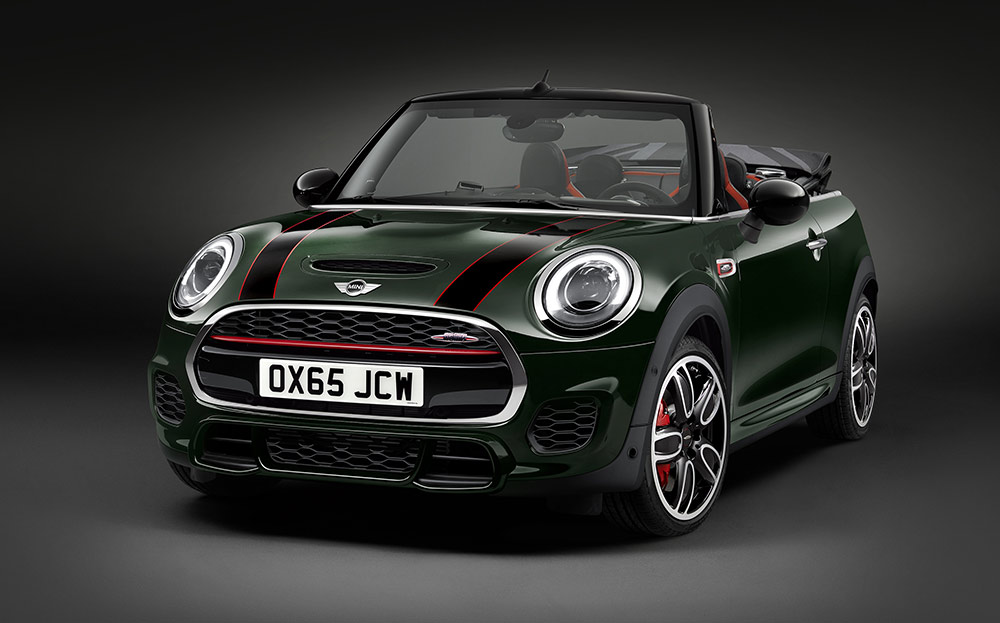 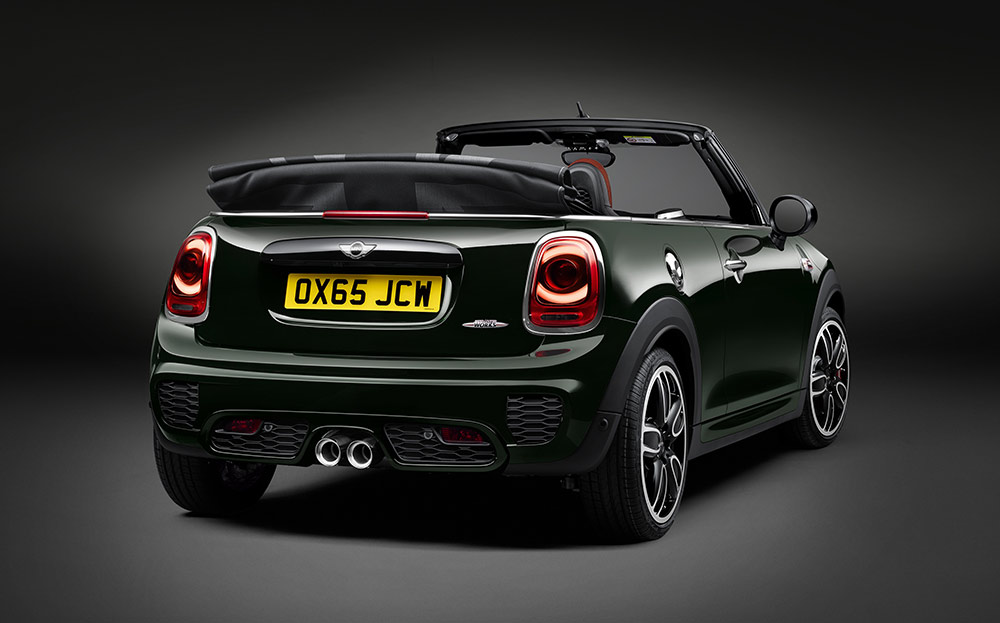 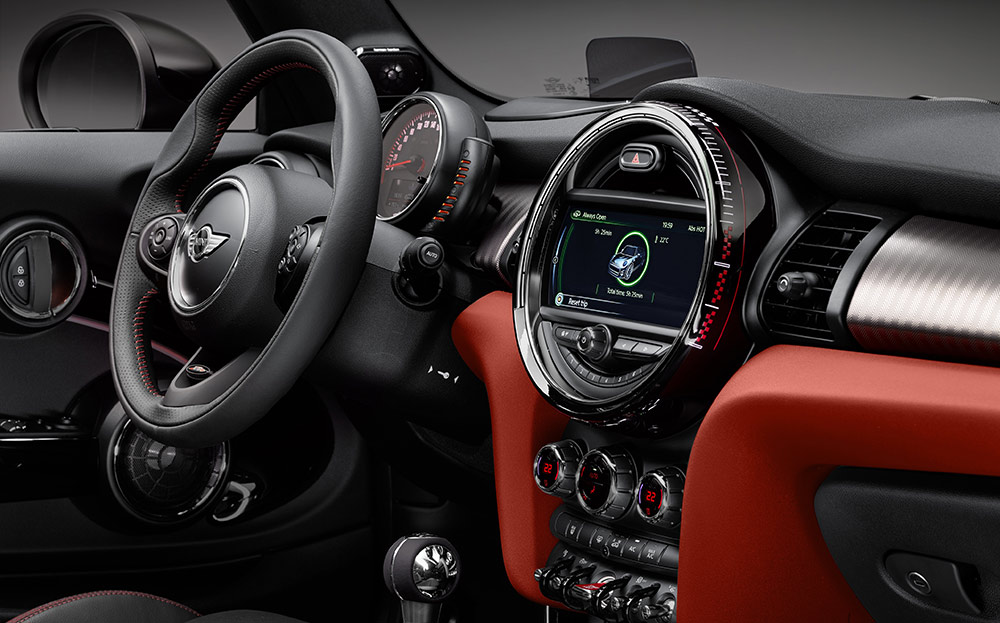 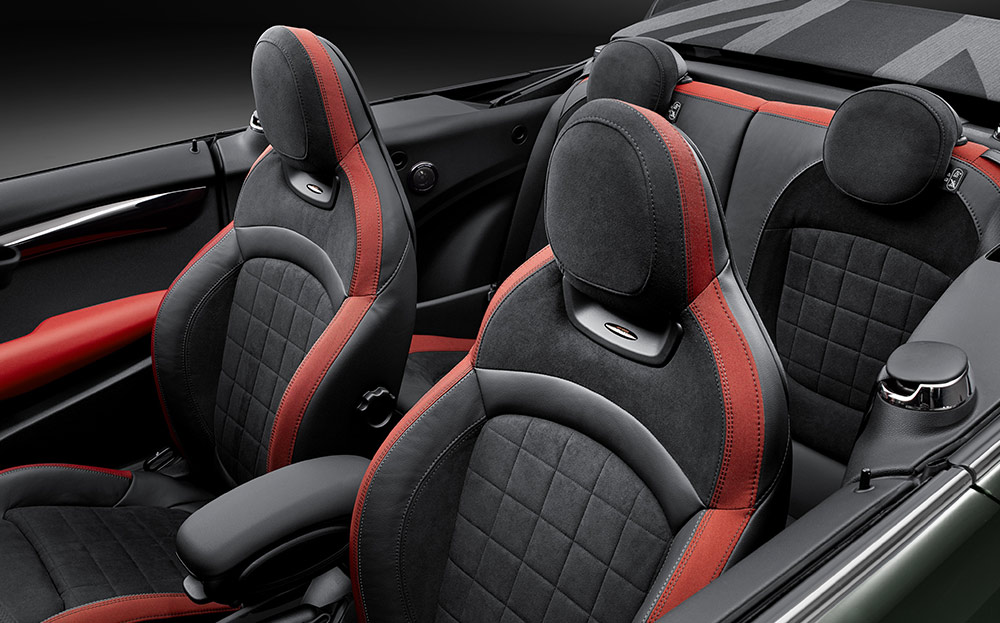 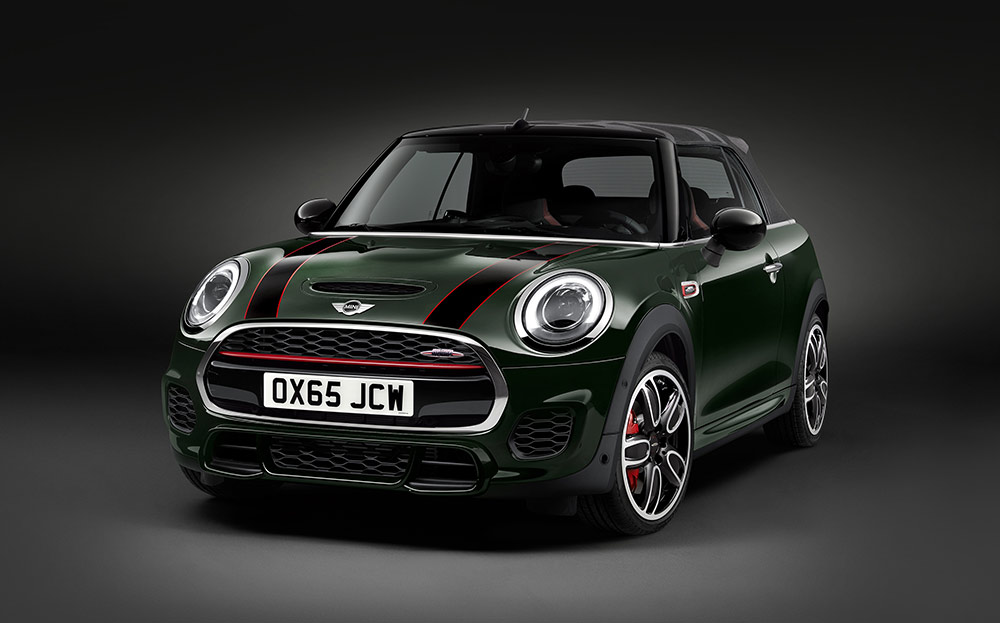 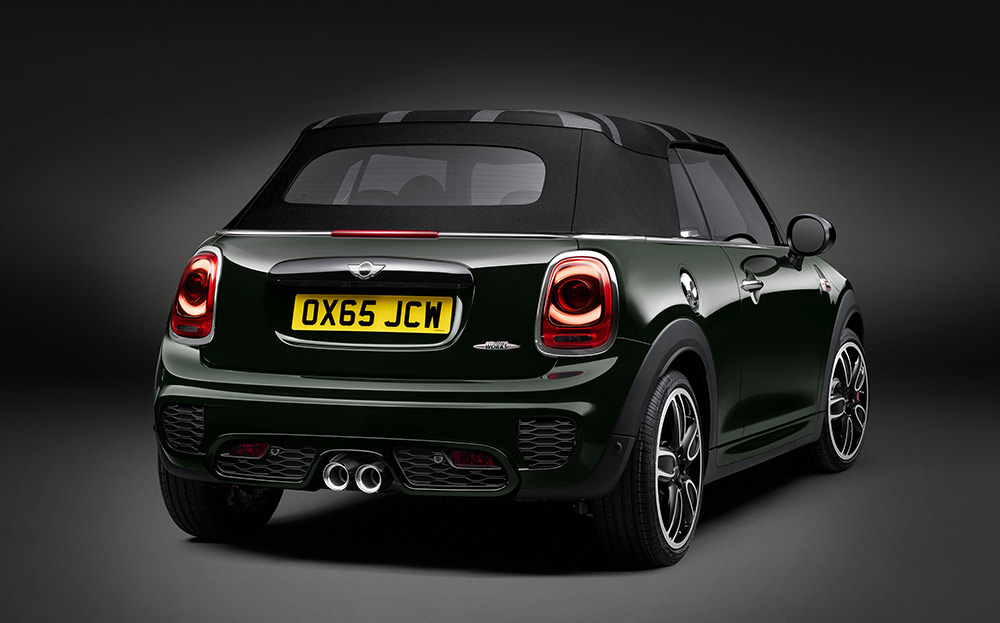 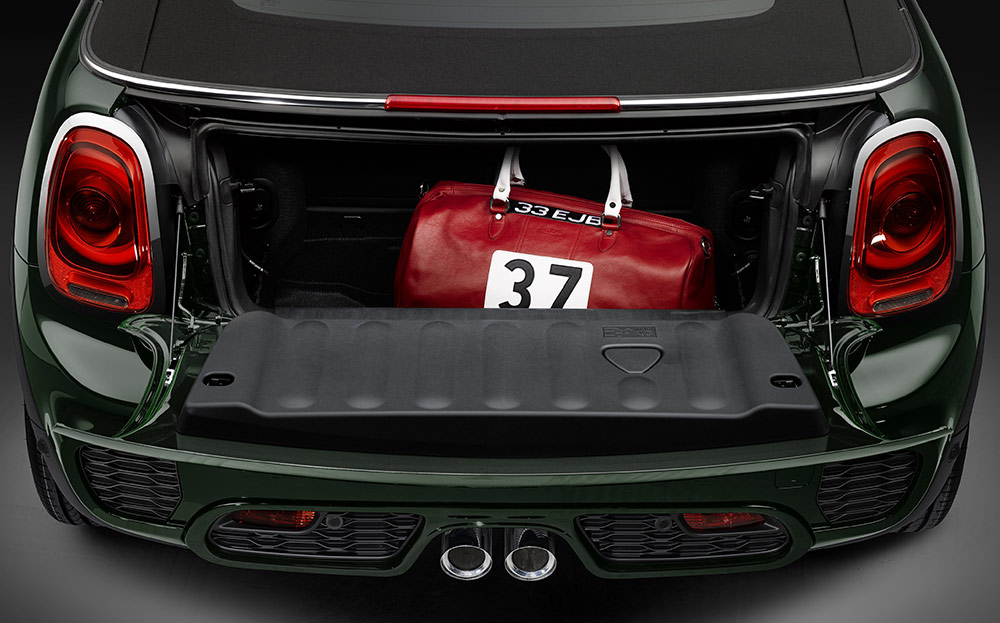 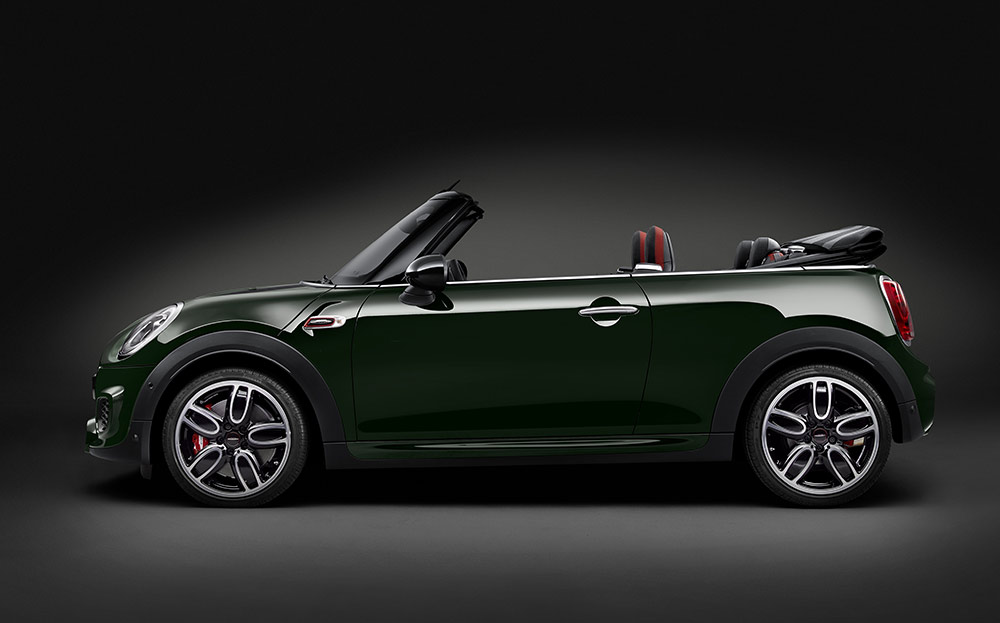 THESE PAGES have already hymned the latest generation of the popular Mini convertible, celebrating its admittedly quite pricy comforts and its simple shapeliness. And now, timed for the summer — or at least timed to coincide with that period where the best available data indicates the summer ought to be — here’s a John Cooper Works version.

This is a souped-up version of the canvas-topped model, a car that Mini describes as the market’s only small four-seater convertible. That contention could well bring people at Fiat and DS out of their chairs on a point of order, but the judge probably wouldn’t sustain their objection.

Fiat’s 500C and the DS3 Cabrio really only have glorified canvas sunroofs that slide back on the principle of the lid on a sardine can and leave the supporting architecture in place. The Mini goes the whole hog, stowing the roof rails as well as the roof and giving the wind full permission to be creative with your hair.

View the Mini convertibles for sale on driving.co.uk

The largely peaceable front grille of the standard model is punched through with a busy assortment of air intakes and the car is similarly more bustly at the back, where the turbocharged 228bhp 2-litre engine from the John Cooper Works hatch plays a specially commissioned fugue for tuba and timpani through the centrally mounted double-barrelled exhaust pipes.

We zipped around in the six-speed manual version for a few days, enjoying the tightened steering, the stiffened (though not harshly so) frame and, most of all, the volley of pops and burbles shooting out of the back in Sport mode.

And all this while benefiting from the fresh air that was just that little bit less fresh because the car was in it.

Mini may claim that increased legroom makes for easier everyday usage but a 12-year-old, obliged to climb into the back with her schoolbag, begs to differ

That said, hot tuning doesn’t extend to the electric roof-opening mechanism. Logic would imply that it should join the rest of the car in working with added vim, perhaps snapping shut in a cloud of smoke.

In fact, like any other Mini convertible, the canvas already goes up or down unfussily in 18 seconds, which should mean that you can get it shut in a downpour before the footwells flood. You can also peel the hood part-way back without disengaging the roof struts, swiftly creating an extra-wide sunroof.

There’s an overriding question about whether hot-tuning sits entirely comfortably with the relaxed-pulse vibe of open-top driving. If you wanted to hurl your unprotected body through the air at the maximum available speed, then surely you’d be taking up sky-diving.

Still, on that topic, don’t worry about the absence of the protective silver hoops that used to decorate the Mini convertible behind the rear headrests. In the new generation, they have disappeared into the bodywork, primed to launch upwards in the event of a catastrophe.

Also note that the chief disadvantage of driving a Mini convertible before now (restricted rear visibility when the roof is piled up on the boot) has been ameliorated by the insertion of a standard reversing camera.

Mini may claim that increased legroom makes for easier everyday usage but a 12-year-old, obliged to climb into the back with her schoolbag, begs to differ. However, speed nuts will no doubt be fitting the optional plastic wind-deflector across those back seats to maximise airflow and stability within the cabin, and advising schoolchildren that they must get the bus.

And fair enough. It’s a driver’s car, at the end of the day.