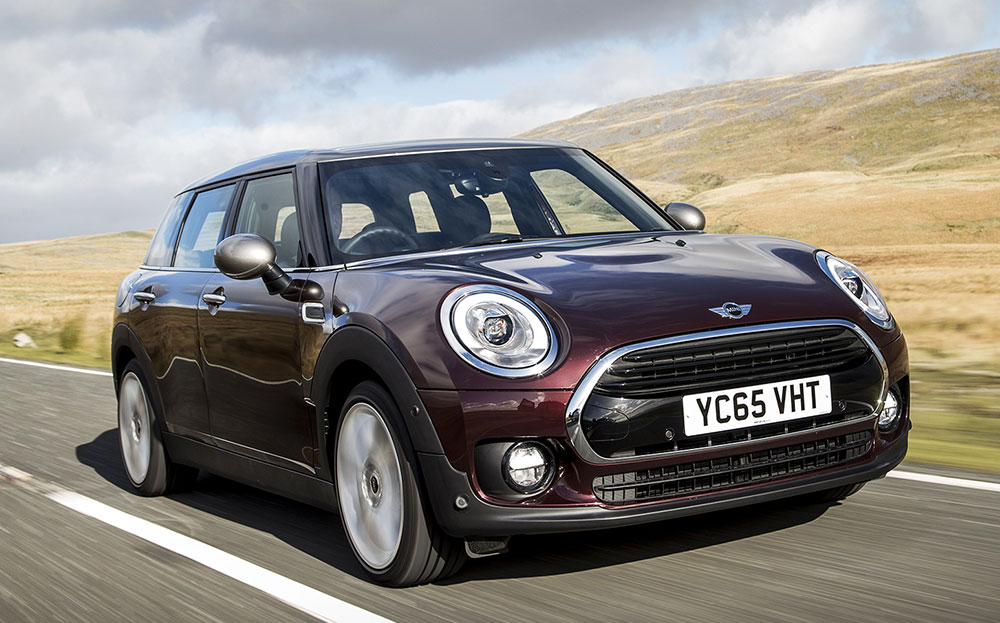 BMW’S STRATEGY for the Mini has often seemed to be paying a fond, if chaotic, tribute to the freelance chop-jockeys who, back in the day, cheerfully sawed up their Sixties Minis to make convertibles and pick-ups and dragsters and spoof fire engines. The original Mini could be anything, if you put your mind to it — or certainly a cute parody of anything — and accordingly, the modern Mini would be anything, too.

Browse the used Mini Clubman carss for sale on driving.co.uk

Thus recent years have brought us the Clubman (a Mini estate), the Countryman (a Mini SUV), the Paceman (another Mini SUV, but smaller), the Roadster (self-explanatory), and the Coupé (a Mini in a baseball cap).

But now, as the Clubman follows the standard hatch off the relaunch pad, some sort of calming down seems to be under way — one in which future Minis will be fewer in number and possibly less eclectic, but pitched further upmarket and, above all, rendered larger.

The new Clubman estate now rises off the same platform as the BMW 2-series Active and Gran Tourer and therefore we are invited to steel ourselves against the inherent contradiction and hail it as the biggest Mini yet. It’s almost 11in (27cm) longer than the old Clubman and it’s wider and longer than the existing Countryman.

After a discussion in the design room, which must have lasted whole moments, the club door is gone

Presumably the Countryman will respond in kind on its relaunch next year. Expansion all round, then, no doubt to the despair of the traditionalists. At the same time, none of the old bravely borne, Mini-related inconveniences really applies here, and none of the old jokes, either. How do you fit five humans in a Mini Clubman? Relatively easily. And I can report that you fit four in great comfort, amid some very nice leather.

The last Clubman was notable above all for the creation of a rear-hinged, third “club” door on the driver’s side, which was cunningly placed, from the British user’s point of view, to open backwards into passing traffic. This may not have been the worst idea anybody ever had in relation to a car’s doors, but it was certainly high on the list. 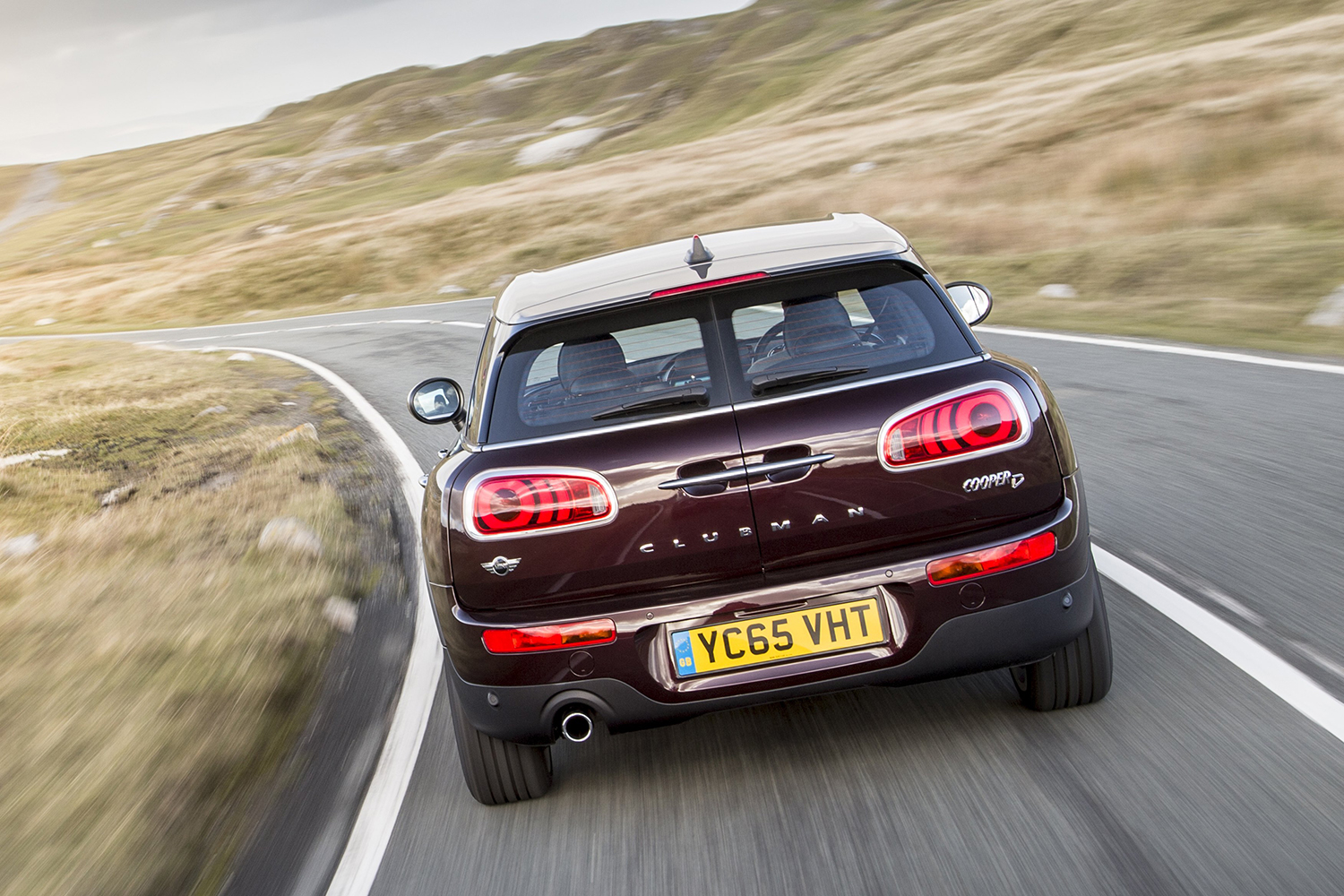 Now, though, after a discussion in the design room, which must have lasted whole moments, the club door is gone and in its place are two conventionally opening rear doors, one on each side — a design arrangement that could catch on.

Still on board, however, is the pair of side-hinged cupboard doors for the Clubman’s boot, which hark back to the Morris Mini Traveller of yore, although these days those doors come with American fridge-style door handles in chrome and power-assisted opening that pings them outwards at the mere touch of the release — or, if you so specify, and when your hands are occupied with bags, at the mere waggle of your foot under the back bumper.

These doors grant you access to a usefully rectangular 360-litre boot, with an adaptable false-floor arrangement. The space expands to 1,250 litres with the seats flattened — a volume fit to rival the Volkswagen Golf estate, which seems to be one of the plans.

Inside, you get Mini’s usual well-built lavishness, but moved on a notch. The dash wraps suavely across the interior and around the dinner-plate instrument binnacle, which, when filled with the crisp, coloured graphics of the sat nav map, looks fetchingly like the sonar display in a submarine. 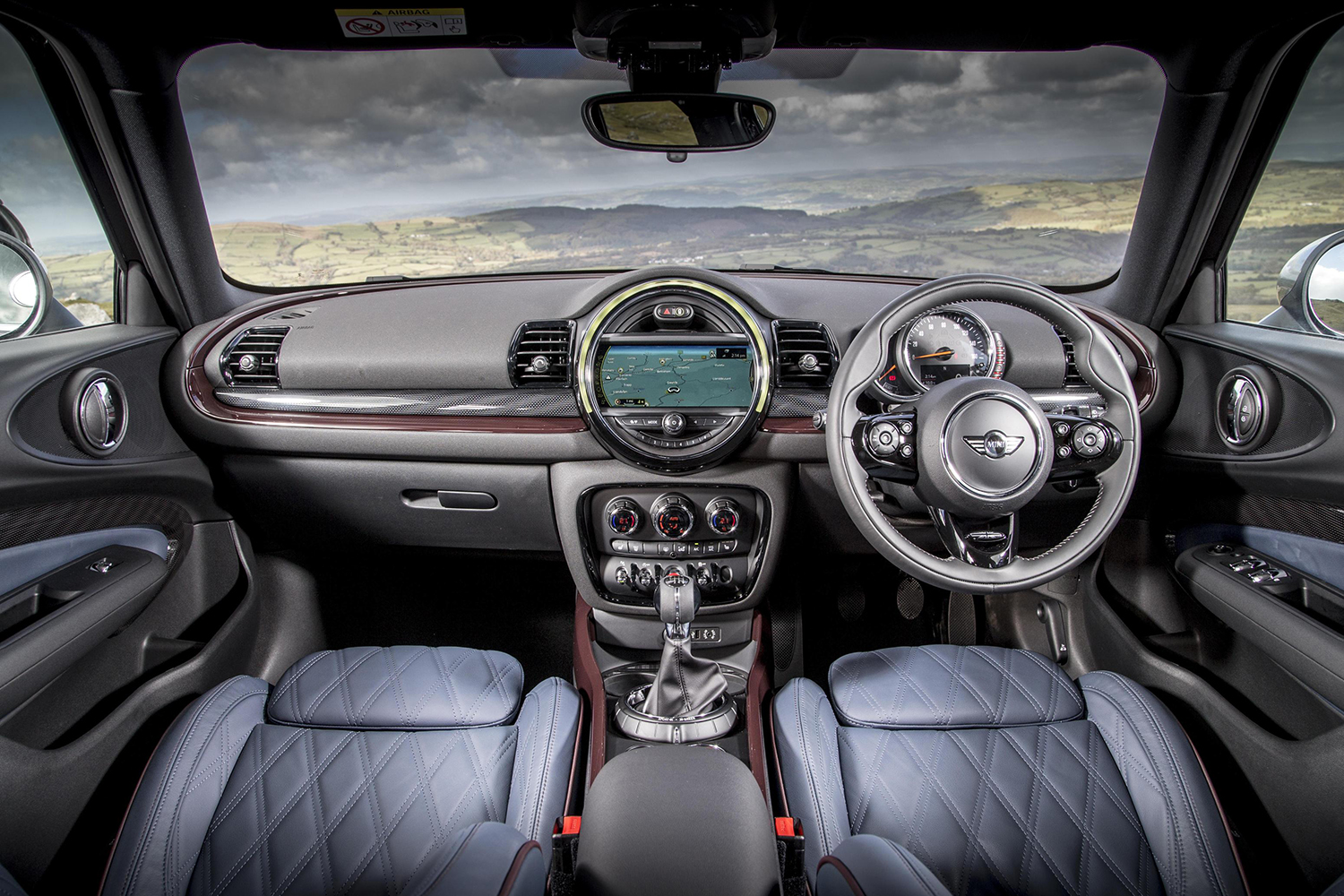 The engine starter is a metal tag that throbs red when you arrive to indicate that it is pleased to see you. The availability of ambient lighting for the door compartments means you can bathe your loose change and your can of windscreen de-icer in a sultry, dark blue wash and imagine you’re in Annabel’s on ladies’ night rather than, as more likely, heading to the swimming pool to pick up your children.

I had the Cooper D, with its four-cylinder 2-litre diesel engine and its clicky six-speed manual gearbox. In due course there will be a hot John Cooper Works version in which you can test your family’s resistance to motion sickness, but in the meantime, Mini’s signature “go-kart feeling” seemed amply available here.

Yes, it’s put on weight and length, but it still runs tight through corners, sweeps bends aside and seems firm in the hands and under the feet. It’s still a Mini, in other words. But a practical and comfortable one.

Search for used Mini Clubmans for sale on driving.co.uk