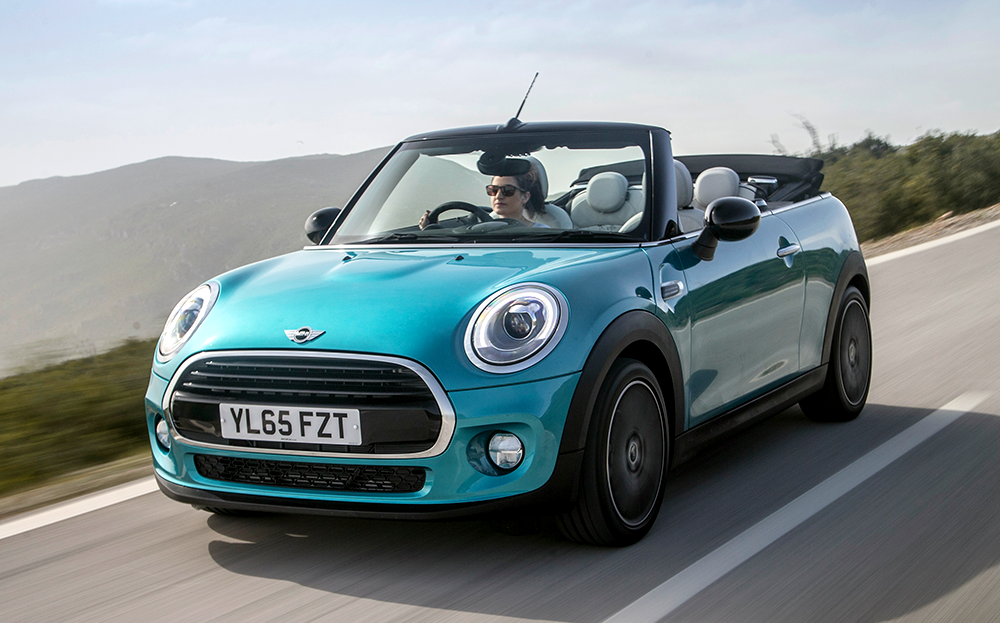 BRITAIN loves a convertible. Any car manufacturer will tell you: the UK is a soft touch for a soft-top. It’s Europe’s second-biggest market for vehicles whose roofs come off. Second to talking about the weather, we like to put our heads in it from the seat of a car.

Britain also loves a Mini. God, does Britain love Minis. They’re everywhere. The hatchbacks, the Clubmans, the Countrymans . . . Mushrooms and rabbits alike envy Minis for their ability to colonise an area. True, the car does seem these days to come free with a job in an estate agency. But it can’t just be them.

View the Mini cars for sale on driving.co.uk

In a move that can only seem logical from a business point of view, Mini has decided to lose some of its less loved models — the coupé, the Paceman, the one that seemed to be wearing a baseball cap and looked as if it was on its way to ram-raid a pound shop. Instead the company is concentrating on the Minis that people like — the standard hatch, the plumper Countryman and the dutiful Clubman estate.

And, of course, the convertible, which does its converting electrically, the roof peeling away while you drum your fingers for a mere 18 seconds. Mini is also arguably the first mainstream car company to see that blank canvas as … well, a blank canvas. Thus, you can have the Union Jack stitched into your soft top and thereby, at a sensitive time for national identity on both sides of the EU question, drive for Britain.

With the roof open, the rear view is, I’m afraid, restricted, but Mini has thoughtfully provided a reversing camera as standard, so the dish-shaped central display will show a crisp, full-colour, almost broadcast-standard image of the metal bollard you are about to back into.

Meanwhile, the interior stages its own son et lumière show, so that, as you drive, lights glow and glimmer around the LED-injected rim of the central display in every shade of M&M’s. Feats of pragmatism with the accelerator and gearstick are rewarded with a flowering of neon green, while putting your foot down causes the rim to burn red.

Furthermore, bad news gets buried. The steel hoops that used to be ominously visible behind the rear seats and whose purpose was to spring upwards and spare you to some extent from the unspeakable effects of a roofless flip-over are now out of sight, pressed down flush with the bodywork, further enhancing the car’s almost miraculously straightforward shape.

I joined a party that flew to Portugal for the day to fool about on the Atlantic coast near Lisbon. The Cooper S performance model, its wheels leaping for the horizon, its exhaust burping enthusiastically on the way into corners, was certainly a joyful place in which to let the wind play havoc with your hairstyle.

But there was perkiness in the cheaper, less intimidating Cooper version too. The 1.5-litre three-cylinder engine has a deep and rounded thrum, its energy passing from the pedals and the wheel into your feet and arms to create a kind of constant loop of involvement.

The sky had been mostly cloudy, but the sun had evidently been quietly doing its work behind the scenes and, back at the airport in the evening, the cheeks of the assembled hacks were as lobster-pink as anything seen all day around the rim of the Mini’s dash. Of course, happiness will produce that effect, too.