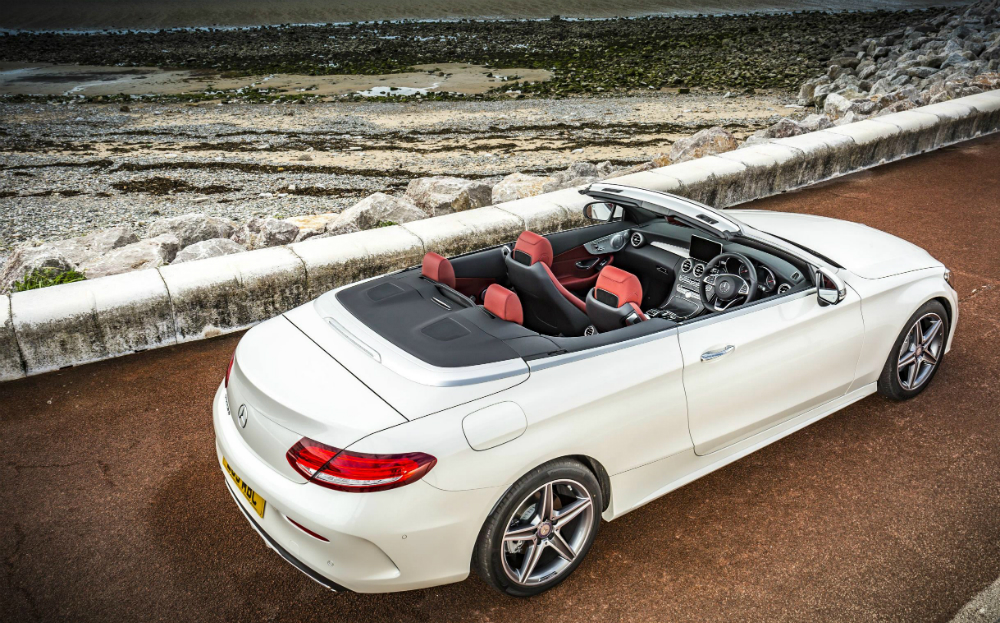 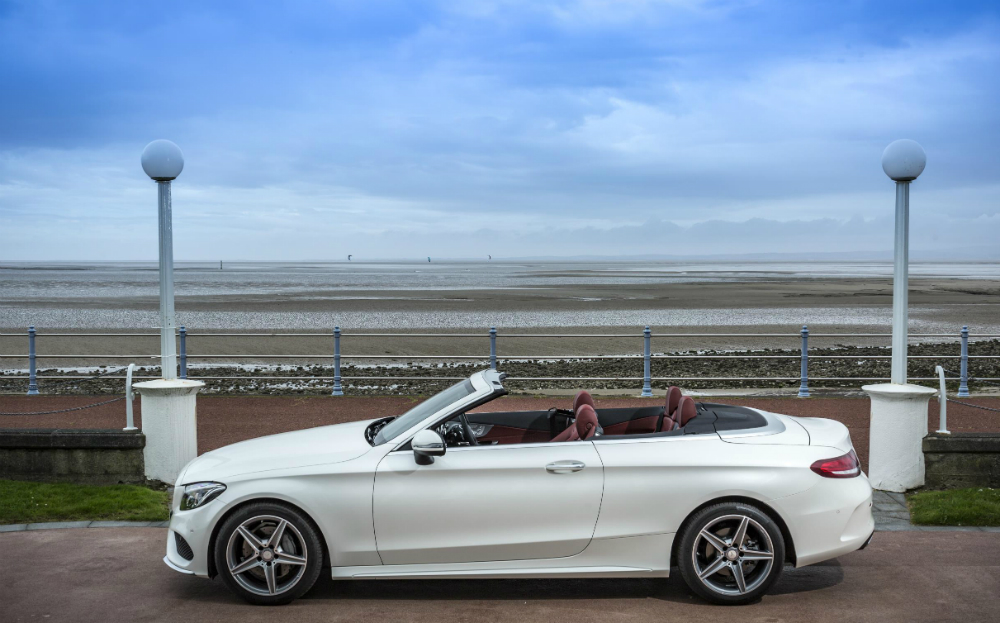 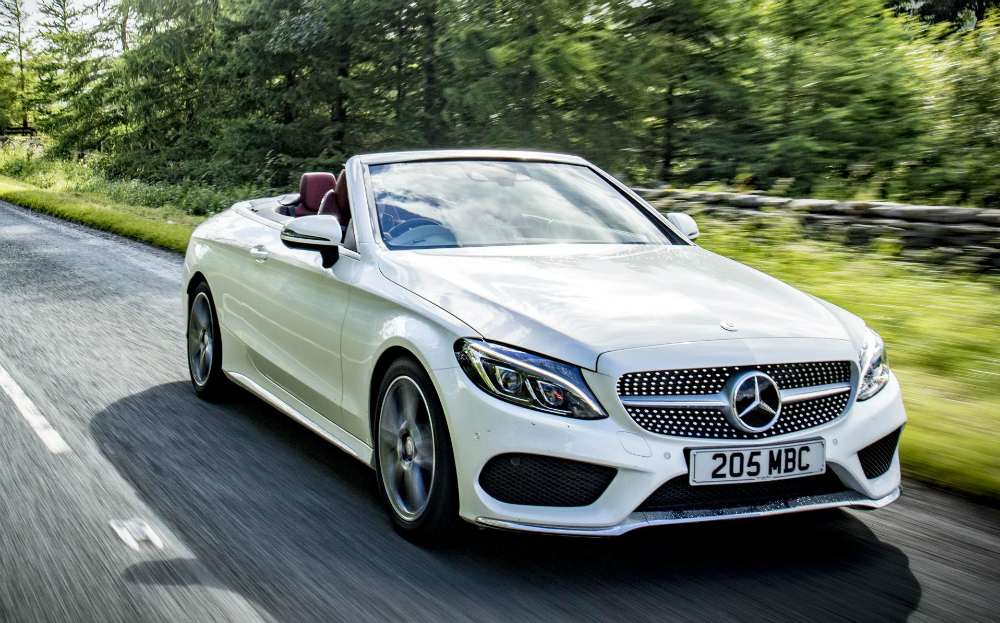 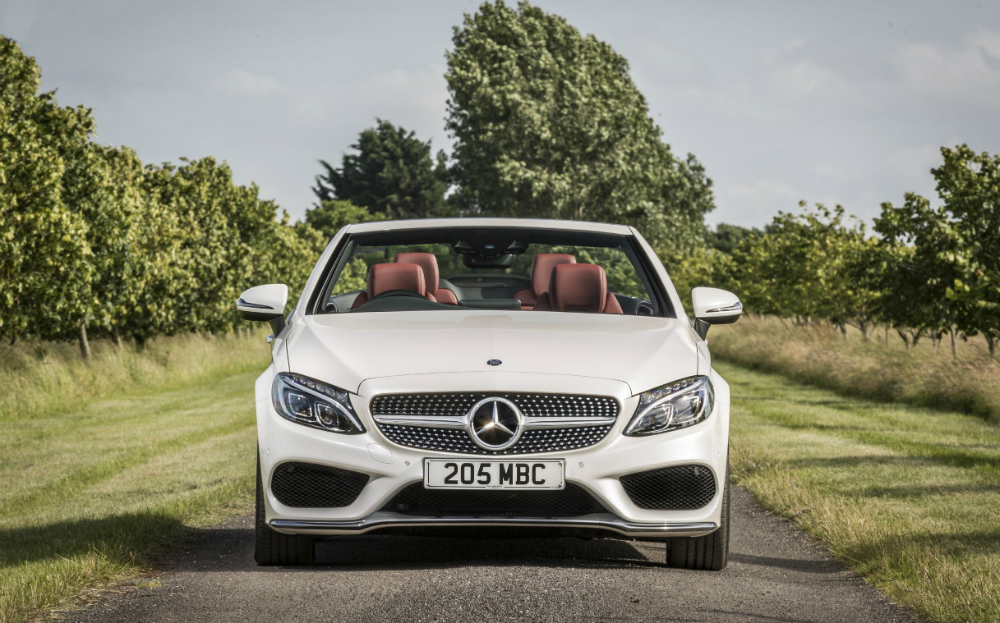 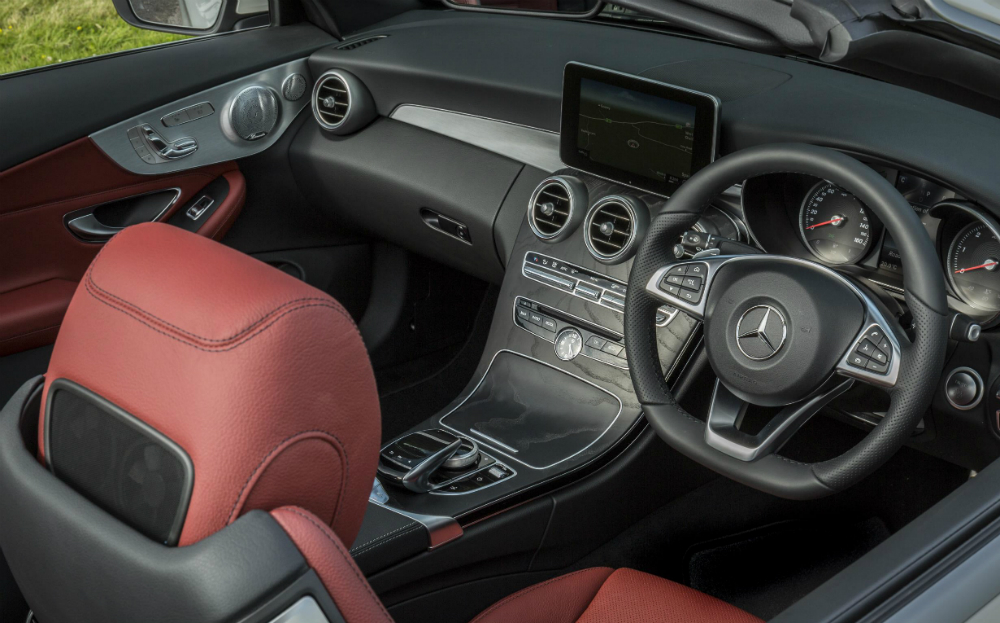 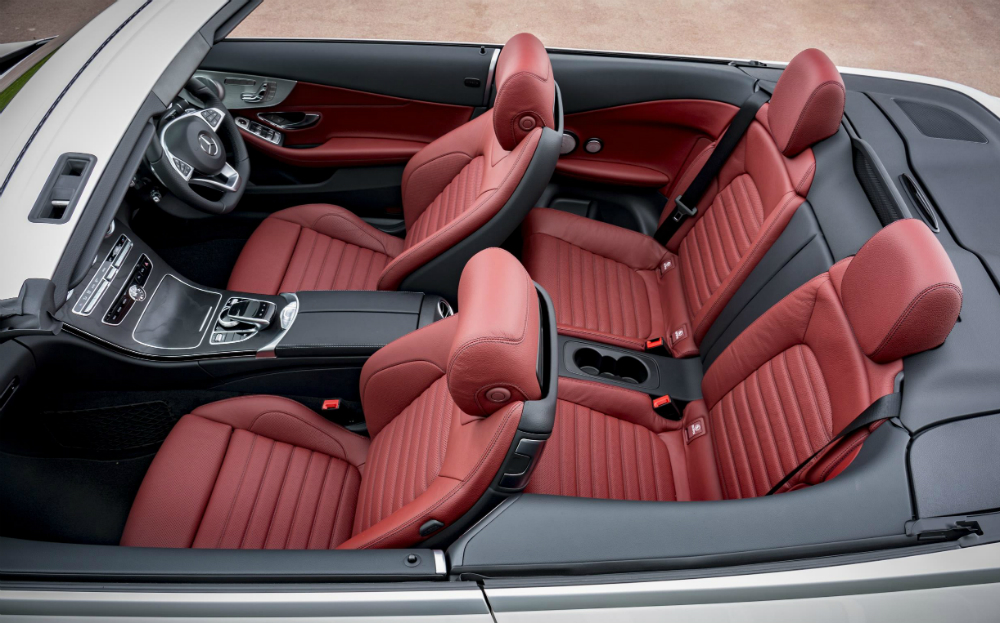 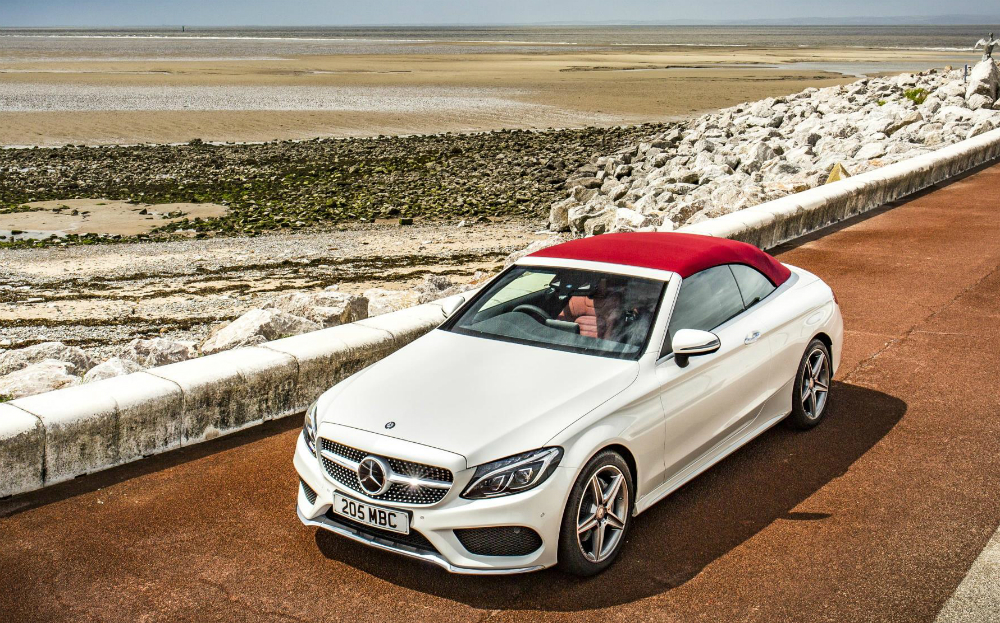 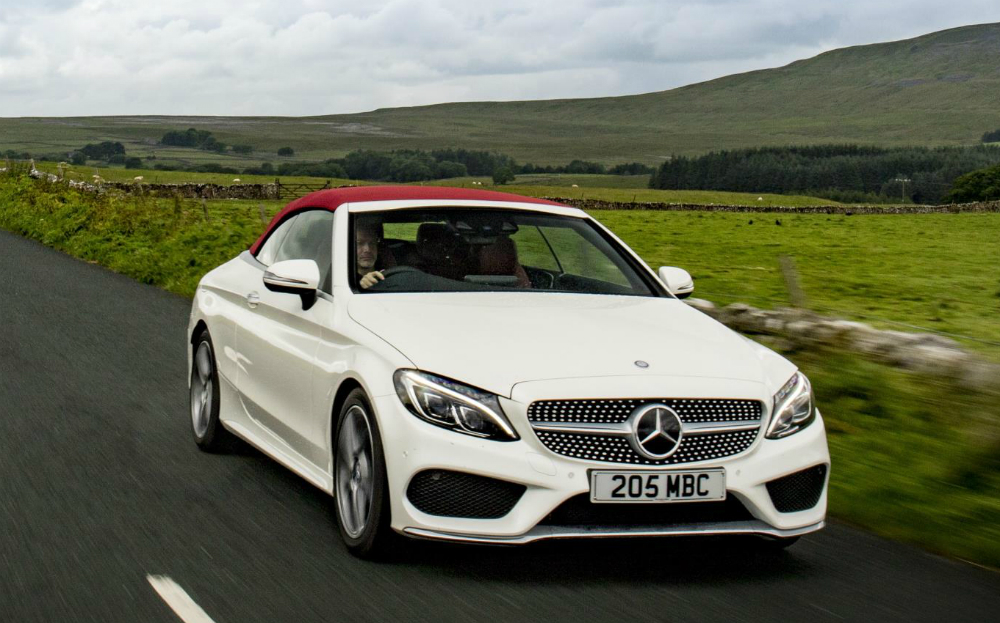 THE REVIEWS are in for Mercedes’ new C-class cabriolet, and the critics are unanimous. The ones I’ve come across are, anyway. “Nice car,” breathed a young guy walking past in a supermarket car park. “My grandson was just admiring your car,” said a woman in the street outside my house. A middle-aged man who paused while crossing the road at a T-junction gave an approving nod.

And none of these reviewers had even seen it with the top down. Maybe I should have thumbed the button for their benefit — given them the full 20 seconds of practically silent electro-mechanical theatre that picks up the canvas and slides it into the boot. You know how it ends, but it still never fails to entertain.

Top on or top off, or top somewhere in between, it’s a handsome car. Some Mercedes can look busy and bossy and a little too full of themselves. Not this one. Our test model came with the optional AMG Line decorative tweaks: the silvery lower lip, some limited-edition, thick-spoked alloys, painted grey, and a studded grille. Yet even without that stuff, the proportions just somehow seem to work on this scale, the low roof colluding with the simple body lines to produce an unfussy elegance and a quiet cool.

View the Mercedes for sale on driving.co.uk

It’s a little surprising, then, that Mercedes hasn’t made a cabriolet out of its mid-sized C-class body before now. It has made everything else: saloon, estate, coupé. Hitherto the CLK was the convertible offering in this area, and though that was substantially built from C-class parts, it had E-class stylings and E-class aspirations, whereas this one is officially a C.

Ours came with a 168bhp 2.1-litre diesel engine, and clearly there are more eager and more assertive powerplants available. Even so, the 2.1 seemed measured to fit the ideal convertible coupé experience, which isn’t about streaking away in a ball of flame amid smoking pistons. Even a mid-sized top-down four-seater should feel broad on the road and well sprung. It should settle the shoulders down for an unhurried cruise. The plan, in a car such as this, is to feel in touch with the world above and around you, rather than to go hurtling through it like a skydiver with your cheeks sucked in.

The suspension dutifully turns even a speed-bumped road into a soft, unbroken carriageway

Your unstressed al fresco pleasure is enhanced by Mercedes’ Airscarf system, which will breathe warmly on your neck from the region of the headrest when the weather turns. Plus the frame is fitted with cunning draught excluders at the front and back of the car to keep the turbulence to a minimum and promote the possibility of conversation. These tricks work. You can travel in this car at standard speeds and the only atmospheric disturbance will be the Airscarf whispering against your lobes.

You’ll be borne along sedately, too, while the engine cycles imperceptibly through the nine-speed automatic gearbox and the suspension dutifully turns even a speed-bumped road into a soft, unbroken carriageway. Indeed, it took a sharp 90-degree turn before this car threw off the mobile phone and wallet that I had absent-mindedly left on its roof 400 yards earlier. Having pulled over, I worked my way back up the street, collecting the contents of the wallet, a sad trail of coffee shop loyalty cards and pizza vouchers. But I could hardly blame the car for that.

If you want to quibble with this model about practicality, it offers a notably shallow boot, even when the roof isn’t in there. Two well-stuffed bags-for-life and that’s your lot.

Still, again, that merely brings the C-class cabrio in line with a vision in which driving is smooth, light-dappled, air-filled and blissfully unencumbered. Freedom from baggage — that old-fashioned motoring dream.