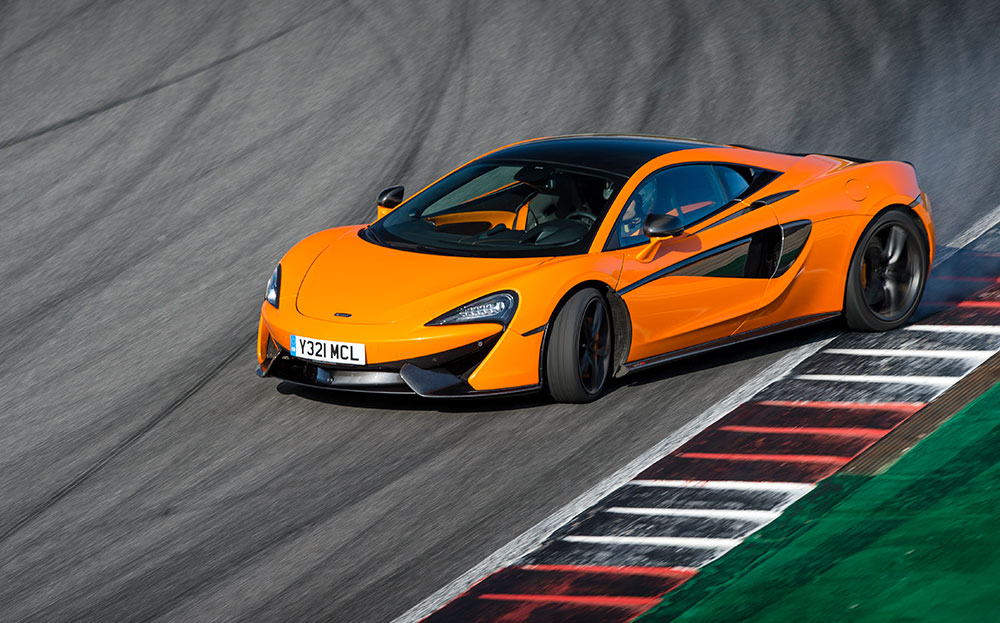 CAST YOUR mind back to 2011, when McLaren Automotive put on sale the MP4-12C. This was the company’s first foray into the cut-throat world of supercars — not counting the F1, of course.

Search the used McLarens for sale on driving.co.uk

Critics marvelled at the Woking-based company’s ambition: after all, the road to supercar stardom is littered with the rusting hulks of companies that tried to mix with the Ferraris and Lamborghinis of this world — and failed.

But McLaren was different. There was something about its pure-bred motor-sport precision — embodied in its state-of-the-art headquarters — and its uncontested pedigree on the Formula One circuit that made British car fans believe they could finally have a home-grown halo brand that would be the equal of more established European marques.

It would be pushing it to say they were disappointed by the MP4-12C (which later became just the 12C), but many felt that what it had in technical ability it lacked in soul. Then in 2013 came the P1 hypercar, a 903bhp monster, and a little later a reworked 12C called the 650S in coupé and convertible form — all brilliant vehicles but, except for the limited-edition P1, lacking that sense of sheer fun Ferrari had perfected.

That is about to change. The company’s new car — the 570S — is the most characterful thing, if not perhaps quite the fastest, to come out of Woking. It is the machine you feel McLaren has been working towards for the past four years. It is the instant it all comes together — McLaren’s eureka moment.

The 570S is the most characterful thing, if not perhaps quite the fastest, to come out of Woking — McLaren’s eureka moment

It boasts 562bhp, which comes from an effectively detuned version of the same 3.8-litre twin-turbo V8 used in all McLarens. The bodywork is all new, and the main structure of the car is a tweaked version of the carbon-fibre cell that forms the basis of McLaren’s road cars. It is worthy of some celebration, being miles lighter, stiffer and stronger than any steel equivalent. The cheapest Ferrari to use such technology is the £1m LaFerrari. 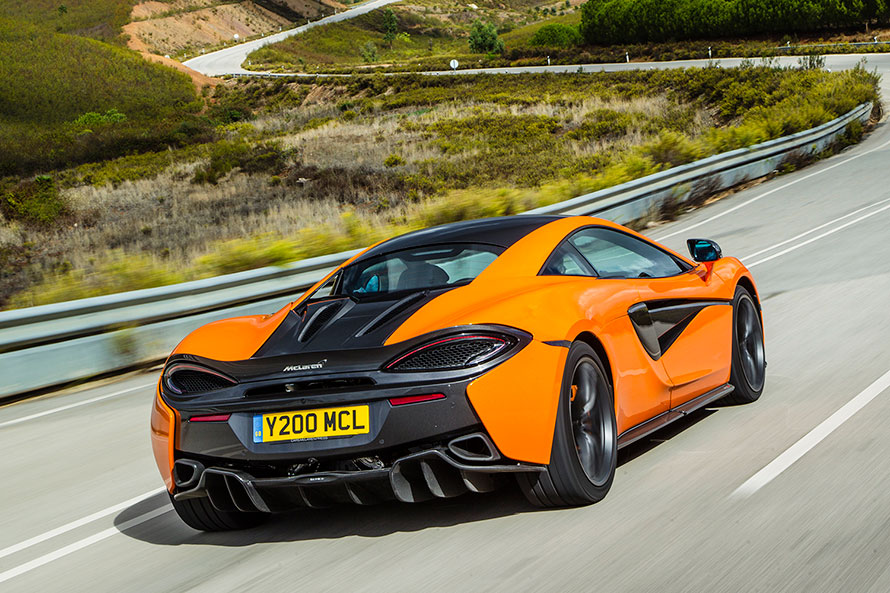 Called the MonoCell II, it is 80mm lower than in the 650S at the point your legs swing into the cabin, for easier access (the doors remain fancy items that swing up and out), but it still brings best-in-class rigidity and a kerb weight of 1,313kg. That’s more than 200kg lighter than a Mercedes-AMG GT or a Porsche 911 Turbo, both of which, alongside the Audi R8 V10, are probably the McLaren’s main rivals.

No Ferrari in that list? Not in this price bracket. McLaren is in effect creating a baby supercar niche with the 570S, and even though it’s coyly described as just a sports car, the numbers are very much supercar: 0-62mph in 3.2 seconds and 204mph flat-out. It is much faster than any of the models listed above.

The styling is new and to these eyes easily the most cohesive and attractive of modern McLarens. The interior is a simple mixture of rotary controls, the company’s Iris touchscreen system for all your heating, navigation and audio needs and a full digital thin-film transistor dashboard display that will rouse your inner teenage computer gamer. It changes its configuration according to the driving mode — Normal, Sport or Track — becoming more like a racing car display as things get more extreme. 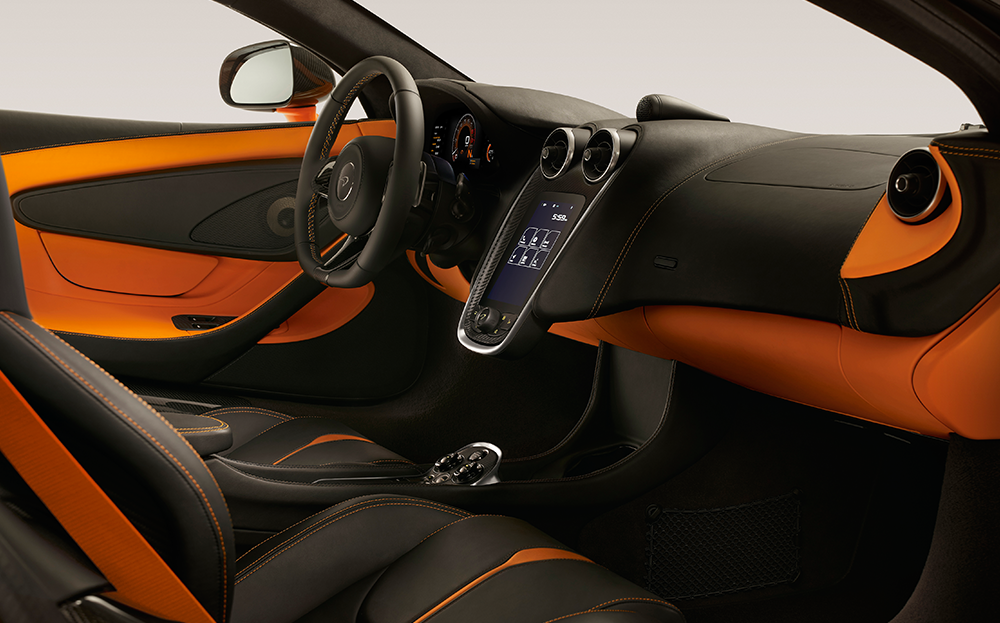 The suspension is a departure for McLaren. All the other cars use an innovative and complicated hydraulic system without anti-roll bars that gives a magic-carpet ride unmatched by anything else on the road. Imagine a fusion of a 1960s Citroën saloon and a modern racing car.

However, that system can feel a touch artificial at times, and the development team wanted more conventional steering and handling for this entry-level machine. So out went the clever hydraulics, in came anti-roll bars and the adaptive dampers were retained. Hey, presto: engineering simplicity and a chunk of pricy components removed.

It was a clever decision. Yes, the uncanny ride comfort has disappeared, but in the softest chassis setting this is still a very comfortable, usable machine.

The electro-hydraulic steering is perfectly judged, the dual-clutch gearbox requires you to do nothing more than pull a paddle, the low windscreen line offers a superb view forwards and the rear-view mirrors are the best I’ve yet peered into.

The 570S trundles around giving no indication of its fearsome speed potential. Of course, the trick for this type of machine is not to feel too normal: new tubular intake headers add some naughtiness to the engine noise and the odd whoosh and flutter from the turbochargers reminds you of the lurking potential. 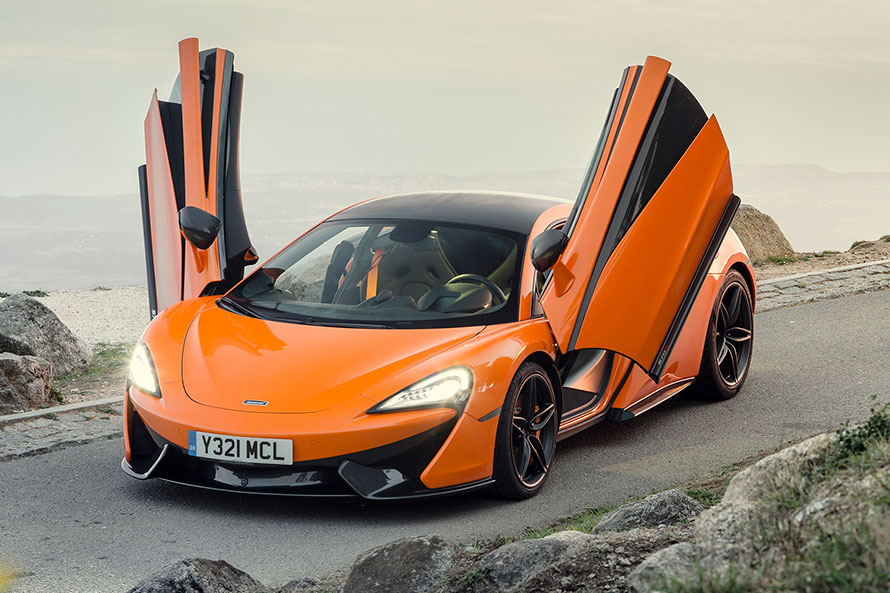 Outright speed is not an issue. This engine is 30% new and deliberately less punchy at low revs than the more expensive 650S, but it pulls strongly from 2500rpm to 8000rpm, makes a cracking noise and, most importantly, brings the chassis to life. And this is perhaps the most important point about the 570S: until now McLaren was a numbers company trading on lap times and statistics; the 570S trades on fun.

Within the development team, no one really cares about the Nürburgring lap time; they just point to a vehicle that wants to draw the driver in. You can feel it on the road, but on a circuit the 570S is sensational. As a philosophical shift from what we’ve previously heard from McLaren, this is like Jeremy Corbyn announcing his admiration for Goldman Sachs.

Grip and traction are good, too, but push further and you can put the 570S into hilarious angles. The stability electronics allow less experienced types to feel like mini Jenson Buttons, but switch everything off and you’ll spend most of the day looking out of the side window. Carbon ceramic brakes are standard and more than good enough. 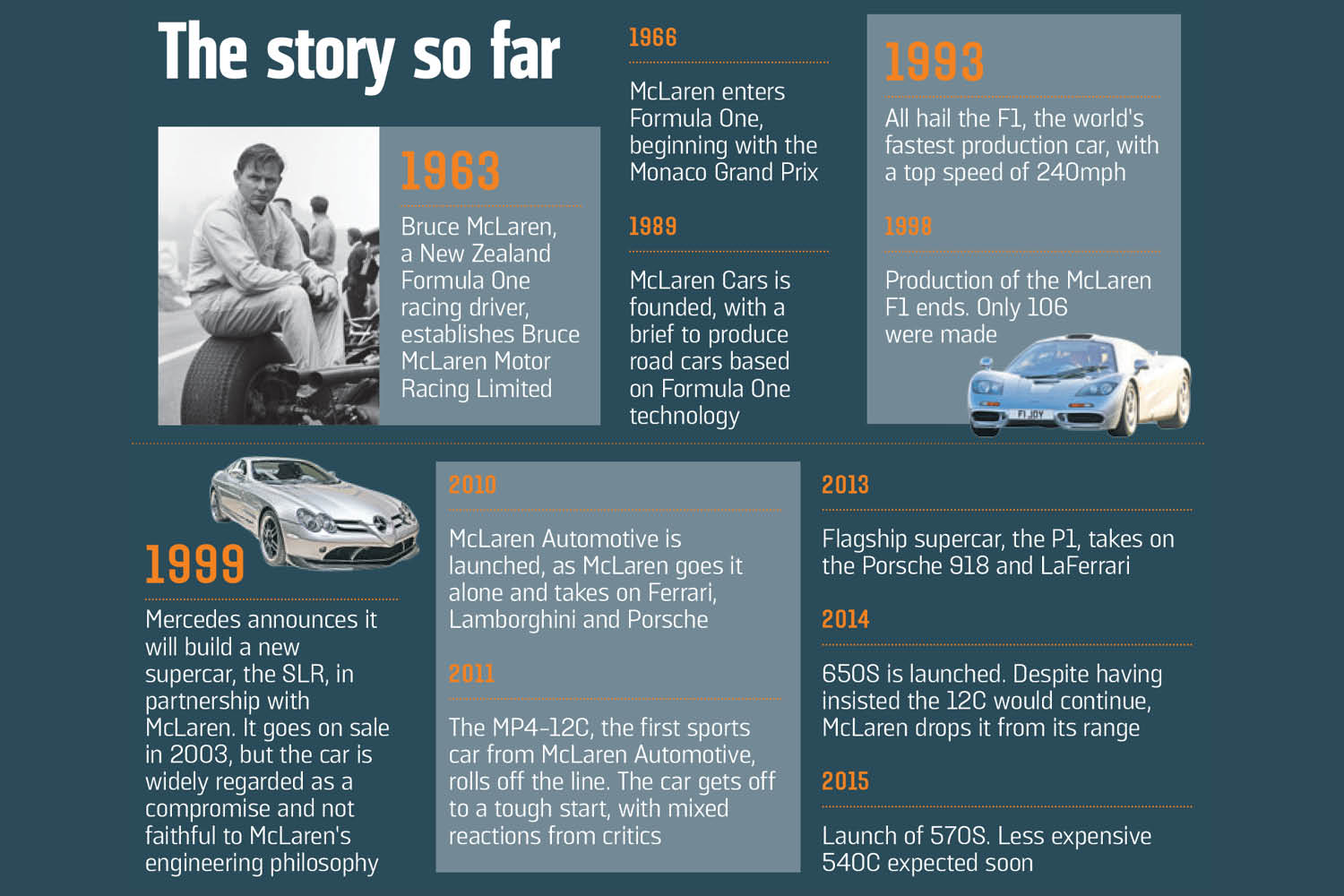 Watching McLaren’s growing pains hasn’t always made easy viewing, but from uncertain beginnings it now has a brilliant range of cars, with the 570S being the pick. Of course it’ll cannibalise sales from the bigger 650S, but no doubt that will very soon be replaced by something even faster and sexier, perpetuating the notion that most buyers just want the latest, most talked-about machines — almost regardless of price. This is a pity because, as it happens, one of the least expensive McLarens is also the best.