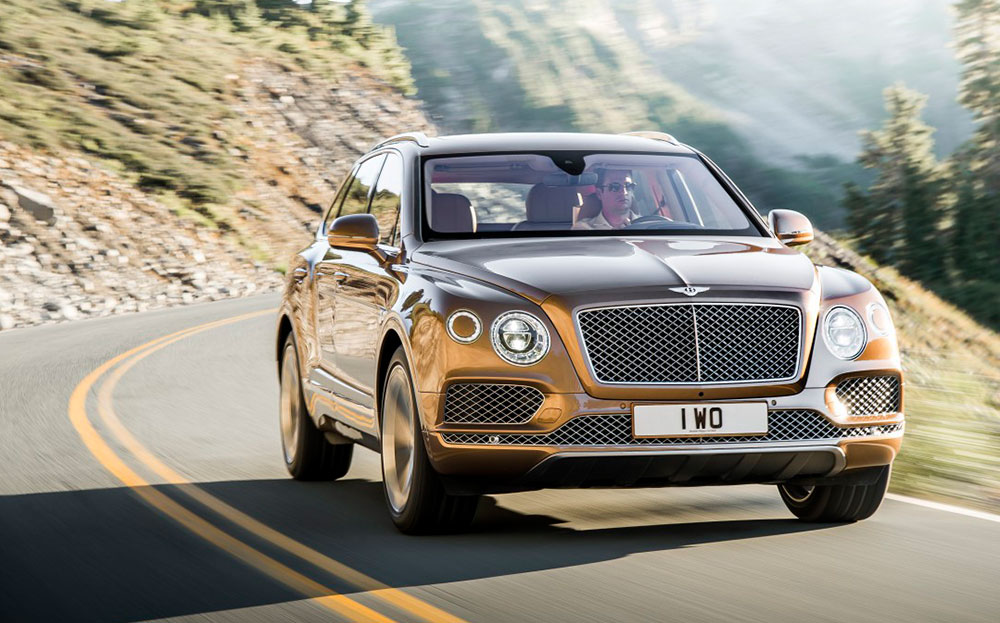 View the used Bentleys for sale on driving.co.uk

I’m on an off-road course in Spain, incongruity ringing a five-bell alarm in my head as I ease 2¼ tons of pristine superformed aluminium and handstitched camel-coloured hide into a rut deep enough to swallow a Nissan Leaf. But the Bentayga merely bows sideways, the electric roll-control system goes to work and the car emerges.

As I drop the back wheel into a similar chasm on a precipitously upward slope, the left front wheel lifts up like the paw of a begging labrador and the windscreen momentarily fills with sky. The Bentayga again rocks gently through, sets itself flat, brushes the dust from the shoulders of its jacket and motors on.

Evidently the plan was to retain the Bentley attributes — the grace, the sportiness, the imposing refinement, the room for an optional custom-fitted picnic hamper — while creating a properly stone-crunching, river-fording adventure wagon. Well, job done. As Bentley puts it, luxury “doesn’t need to stop where the road ends”: never again do you need to be stuck up a creek without a china dinner service.

Or, indeed, without a limited-edition bespoke Swiss timepiece. People with a similarly limited-edition bespoke sense of reality can have the standard Bentley dashboard clock in their Bentayga replaced by a hand-crafted Breitling Tourbillon — a snip at £105,000, not to mention a sit-up-and-beg opportunity for carjackers and an accessory that in effect converts the Bentayga into the world’s most elaborate wrist. 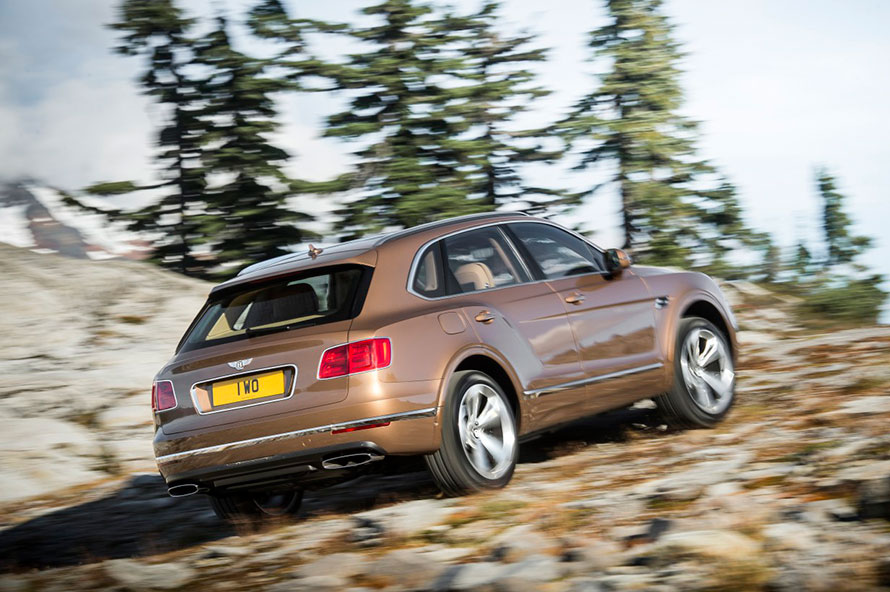 Even without mad add-ons, this car has elicited disapproval. This is the company, after all, that has confined itself to leather-bound limousines, walnut-slathered coupés and huge-windowed chariots for Prince Philip to wave from. Some critics turned up their noses at the prospect of such an august institution sullying itself by venturing into the grey daily grind of ute-world.

Yet Bentley could almost take the sniffy mutterings as a good sign. The last time it encountered this kind of snobbery, it was in the process of producing the Continental GT, which revolutionised the driving habits of a generation of Premier League footballers and transformed the company’s fortunes.

So, does one off-road? One does now. The drive selector snicks through four conventional settings and then offers a further four beyond-tarmac options, reordering the suspension and the ride height for one’s snow, one’s gravel, one’s mud and one’s sand dunes.

The engine is an all-new 6-litre twin-turbo W12, offering 600bhp, and for the first time in its life Bentley has found itself thinking about towing capacities. The Bentayga can put this softly purring unit to the service of pulling 3,500kg, and no doubt the company eagerly awaits the verdict of the Caravan Club.

Meanwhile, sightly more on message, the inspiration for the quilting on the spine- and buttock-pampering seats was a hunting jacket. 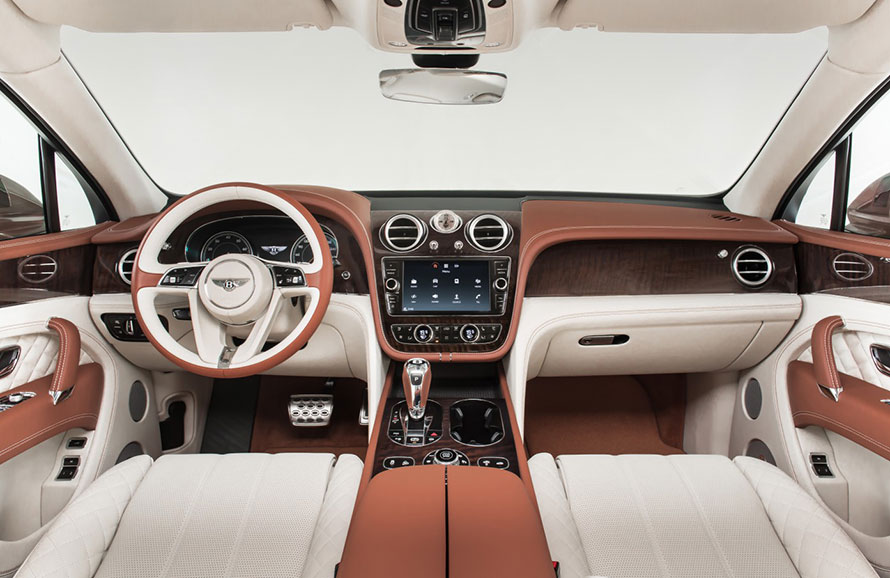 Democratically, the seats in the front are identical to the two in the back, but you can order a rear bench and seat five. A split tailgate, in the manner of the suddenly rather cheap and cheerful-looking Range Rover, would have spoilt the lines, but you can still open the boot and rest your Hunters on a tug-out “event seat”. The Bentayga comes with cameras, lift-out tablet computers, an 18-speaker sound system . . . actually, it would be quicker to list the things it doesn’t come with. They are: a microwave oven, a stepladder and a device for stringing tennis rackets.

You may be curious to know how it drives when it’s not in a hole or stationary at a point-to-point meeting. The answer is: like a Bentley. By rights, something this size should be steered from a standing position with a ship’s wheel the height of Captain Pugwash. In fact you do it with a snug steering wheel that can be worked with the lightest touch. The seeming disappearance of the car’s mass under acceleration threatens to rewrite known science. It glides like a silk scarf across a polished table.

It’s an open question whether the Bentayga will spend most of its time gatecrashing sheep conventions in the Cairngorms or gliding darkly through the VIP pick-up areas at airports. But the point is, it can do both.

View the used Bentleys for sale on driving.co.uk