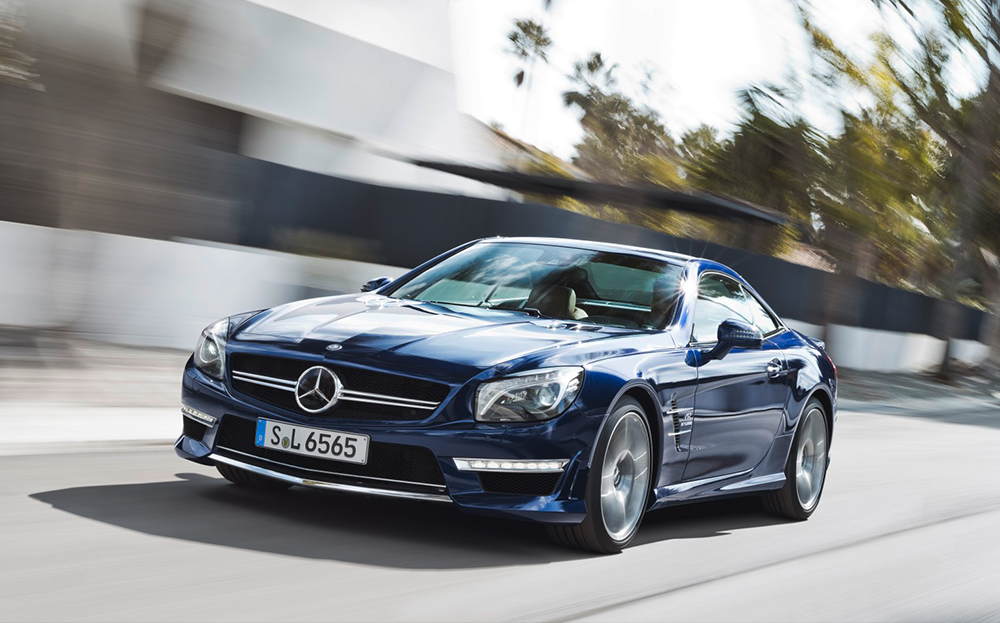 FIVE YEARS ago I made a film about the longest love story of my life called Love the Beast. The 25-year affair was, I’ll be honest, pretty one-sided. I put the money, the effort and the time into restoring and upgrading my first car — a Ford Falcon GT coupé. Then it crashed.

After that, Jeremy Clarkson popped up to tell me that my car was crap. That hurt. Now I have the chance to take over his column while he’s away, it feels as if it is divine justice — of sorts. Especially as I know that among his favourite cars are AMG-badged Mercedes such as the one I’m testing here. But we’re grown men so I’m not going to let that colour my judgment. Much.

No, this, I promise, will be an impartial review. I should start by saying that this is a car I would not normally consider buying. I’ve never understood how film critics can review movies they would never normally pay to go to see. They are shut in a darkened room, forced to sit through an experience that they have no interest in seeing and then have to come up with an unbiased verdict.

So I’ve made allowances for that too. You don’t necessarily have to want to buy a car to respect it, though. I know all about the fearsome reputation of AMG, the high-performance division of Mercedes, from first-hand experience.

This year I raced a Lamborghini Gallardo GT3 in the Bathurst 12 Hour in New South Wales — an endurance event you could describe as Australia’s answer to the 12 Hours of Sebring race in Florida. The car had 563bhp and 398 lb ft of torque and when barrelling down Conrod Straight towards a 177mph entry into the fastest corner in Australia, known as “the Chase”, all I knew was we needed even more power. Why? Because we would routinely be passed by a four-wheel Messerschmitt in the shape of an Erebus Motorsport Mercedes SLS AMG GT3.

This thundering powerhouse of awesomeness was such that mirrors weren’t even necessary to be aware of its presence. The combination of our own screaming V10 and the lower-baritone rumble of the 6.2-litre V8 is a sound etched into my eardrums for ever.

The environment in which I was about to reawaken these memories and test my own AMG machine was considerably less exciting. The streets of Melbourne . . . in winter. Yes, we do have a proper winter, make no mistakes. We also have speed cameras. Not like you lot — with your rumble strips and warning signs. We have 007-style speed cameras. Any parked vehicle can threaten to be an unmarked sniper of speed. Sounds fun? It isn’t. Oh, and the “tolerance” is almost zero. Hitting 63kph in a 60kph zone? You’re done. So, again, 737 lb ft of torque and Melbourne’s suburban streets could prove a less than tasty combo.

This thundering powerhouse of awesomeness was such that mirrors weren’t even necessary to be aware of its presence. The combination of our own screaming V10 and the lower-baritone rumble of the 6.2-litre V8 is a sound etched into my eardrums for ever.

I received the keys to the SL 65 without a one-hour exchange from a Mercedes rep, which is how I like it. As I open the door I’m met with an explosion of beautiful detail. The car’s cabin is exquisite. My eye is caught first by those gorgeous quilted leather seats. Then there is that blend of carbon fibre, subtly merging with all the soft finishes to create an environment that is special but not overwhelming.

The seating position and the sighting of relevant instruments are perfect. One of the things I think is a downside of the constant battle between the big boys to outdo each other with technology is that the cabin can become too confusing. In this car I never feel like I need to get the manual out in order to complete a basic task. It sounds like a simple thing, I know, but that’s how it should be.

Now the fun part — time to waken that 737 lb ft. As I take off, the noise is ferocious and my ears start complaining. Wait — that’s not a V12. Surely it’s a V6. Or perhaps two V6s. I have never driven a V12 —I don’t know how that’s happened. Singles, twins, triples, fours, flat-fours, in-line sixes, V6s, V8s, V10s — I have sampled and raced them all. But not the mighty V12. The initial bark and idle is decent but reserved — a hint of Jekyll and Hyde?

While the hint of monster lurks beneath my right foot, it feels as if there is a long conversation occurring between the 12 cylinders as to whether or not they should trust the driver with all 737 lb ft.

The problem is that I’m aware of the conversation going on. It’s a feeling of not being completely connected to the engine. For A$309,000 (£170,815) I want it to feel umbilically linked to my right foot. A quick scan of driving modes reveals that I’m in the Eco setting. Aha! I engage the Sport mode and off we go. A slight improvement here but the feeling that an interpreter is at work between me and the SL 65 remains.

Perhaps it’s time to forget about the V12 badge and concentrate on the SL badge. Back in 1991 my best friend’s father owned a red SL 500. It had a stately presence, augmented by its quietly spoken but slightly scary owner. Walk softly and carry a big stick was the subtext. It had a build quality unfamiliar to a kid growing up on Australian and American muscle cars. Even then you could tell the car had a timelessness to it.

As I settle into the commute to my office in the SL 65 I remind myself of this, and that I am not in a Porsche 911, or something else with a more edgy presence. I am in one of the greatest two-door cars of all time. The solidity is eminent. The cocoon quality subtly suggests you will be OK should someone fire a Hellfire missile at you. It’s confidence-building and is a hell of a beautiful place to be. The occasional double takes from a variety of commuters suggest this is not a car for a covert operation. It has presence. 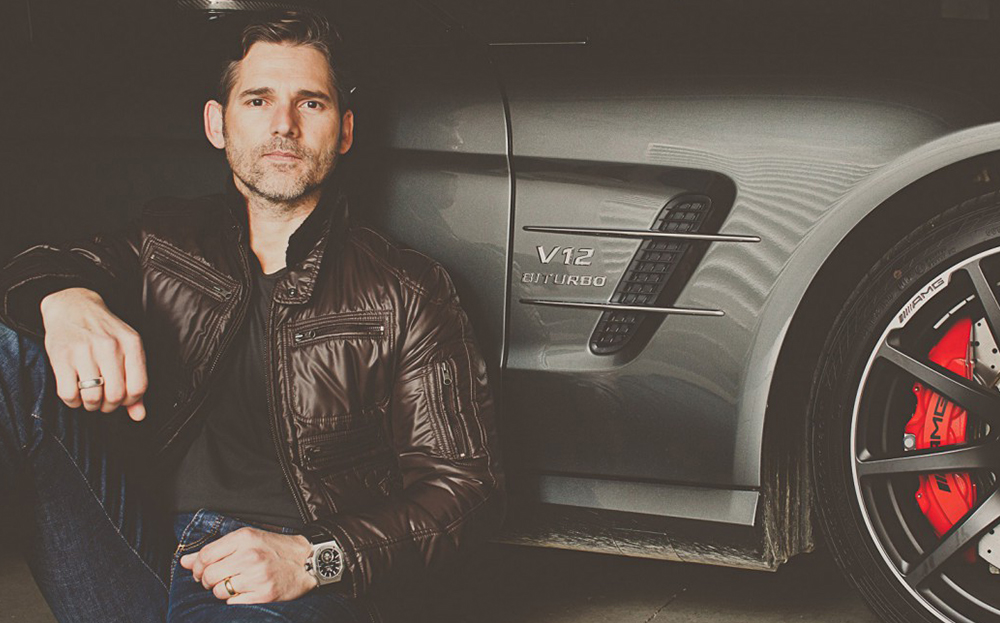 I effortlessly pair my phone to the car for some tunes: I want to take the SL 65’s Bang & Olufsen stereo for a spin as well. It too looks as if it has been to the AMG division as it has an output of — wait — 900 watts. What? The front speakers are cocooned in their own “resonance” space, which is integrated into the body of the car — think boom box in street speak.

A longer drive a couple of days later has me playing with the transmission settings. From Eco mode I migrate to Sport, then Sport+, all the way to Manual. The last of these gives me control of the down and up shifts via the paddles behind the steering wheel. Let’s just say that these seem to have been fitted more out of obligation than for true sporting purpose.

Too much lag time in any shift — up or down — just made me more frustrated than anything. Back in Sport+ mode the SL 65 and I start to gel like a couple on a first date who have made it all the way through to dessert without checking their phones.

Back in Sport+ mode the SL 65 and I start to gel like a couple on a first date who have made it all the way through to dessert without checking their phones.

Maybe AMG knows more about its potential audience than I do, because this setting is where all things come together best. So shouldn’t it be the default mode? The torque of the engine combines with transmission mapping that feels right and I’m now at home in this machine. The ride is beautiful, the steering nicely weighted and I really like the way the car turns into a corner. The front end tracks well and feels light considering the overall weight of the vehicle. This gives the SL 65 a sense of nimbleness.

A few spirited attempts to safely explore that plethora of torque again leads me to one interesting conclusion: I think the car is actually better than the engine. I am left pondering whether the V8 version — the SL 63 — would be more satisfying. My guess is that the firing order of the V12 may be the problem.

If so, I would recommend a more basic model that would have you back where this SL journey began — in a beautiful, timeless two-door convertible sports car. It’s a car that doesn’t need that AMG badge to make you feel special.

Loads of power – but reluctant to let you have it

Eric Bana’s latest film, Deliver Us From Evil, is released on Friday

Go to driving.co.uk to search for a used Mercedes-Benz SL-class