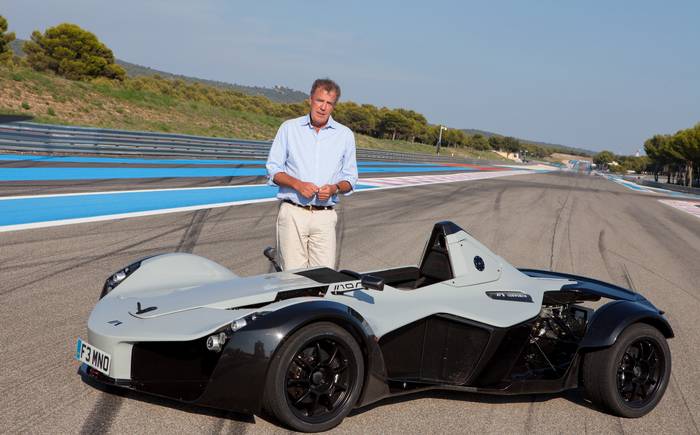 The biggest problem with really fast cars these days is that they are way too fast. I was made aware of this recently when driving the Lotus T125, a sort of quasi Formula One racer. It is capable of accelerating so savagely that when you put your foot down, your head comes off. And it brakes with such ferocity that all your internal organs become detached and your face squelches into the front of your helmet.

Think of a corner that you encounter on the way to work. Any corner you like. And think of the speed you drive round it. Well, if you tried to do that corner at that speed in the Lotus, there would not be enough air passing over the wings to generate downforce. So you’d crash and be killed. You have to take the corner you have in mind at a speed that is insane. And it’s hard to convince your mind that this is possible. You know that if you lift off, you will die. But you also know that if you don’t lift off, you will die. It’s all very terrifying. And in a Lotus T125, no one can hear you scream, partly because your larynx has been crushed and partly because you’ve just trodden on the accelerator pedal and your head’s come off again.

Happily, you cannot take this car on the road. But you are allowed to drive about on Britain’s highways and byways in a V8-powered Ariel Atom. This is like being licensed to drive a horse that is propelled by a Saturn V rocket. You accelerate. You hit a tree. Your head comes off. And it’s not alone. A modern Ferrari comes with a telephone connection and iPod connectivity and electric windows. So, it’s like the perfectly reasonable-looking man at the school gates with a bag of sweets. Apparently harmless. But if you make the mistake of getting inside? Well, it’s going to be ugly.

I cannot think of one yard of British tarmac where you could sensibly put your foot down in a modern Ferrari. Not one. Because by the time it’s gone through second gear, it’s broken even our most relaxed speed limit and by the time you’re through third, your head is in the boot.

A lot of people wonder why Top Gear films these really fast cars on an airfield. The reason is simple. On a road, almost all of them are borderline idiotic. And that’s why I was so pleased to climb on board the BAC Mono that you see in the pictures this morning. Because it isn’t. BAC is the world’s newest car company. I first heard about it last year and I must confess, I smiled. It had based itself in Cheshire and I thought: “I see. So, soon we will be treated to the first car made entirely from onyx.” I expected it to have gold fixtures and fittings and a stone dog by the door.

As you can see, it didn’t turn out like that at all. To get inside, you remove the steering wheel and then lower yourself into the single seat until you are completely wedged. All you can move are your feet and your hands. It’s like you’ve been tinned. You then pull on your helmet — it would be silly to drive it without one because you might be hit in the face by a bee — and start it up. It all feels very racy. And a bit scary. This car was designed to look like an F-22 Raptor and it’s festooned with all sorts of imagery and branding from the world of motor sport. The F3-spec gearbox is from Hewland. The brakes are from AP Racing. The pushrod suspension is from Sachs. You fear that if you even go near the loud pedal, you will die, terrified and alone. Its maker claims it can get from 0 to 60 in 2.8 seconds and onwards to a top speed of a billion.

So, with much trepidation, you start it up. There’s an explosion of noise behind you and the steering wheel comes alive with readouts that you don’t understand. You push the neutral button with your left hand and pull a paddle with your right to engage first. There’s an almighty clunk. You have just booked an appointment with your executioner. You engage the clutch. The car moves. You change into second. There’s another enormous clunk. The executioner is on his way. So you think you may as well get it over with, and open the taps. What happens next is odd. You know you are moving very quickly indeed but you feel like it’s a speed you can handle. Perhaps that’s because you are always aware that while the 2.3-litre engine was made by Cosworth, it is basically the same four-cylinder unit Ford uses in its Galaxy. And there is nothing on God’s green earth less scary than a people carrier.

Still, there’s a corner looming and you know what happens when you try to do one of those in a car that weighs about the same as a hot water bottle. It goes straight on. So you brake, and you notice straight away that the Mono doesn’t pitch forwards. Then you turn the wheel and it doesn’t roll, either. It stays level. In the next corner, you try a little harder and it’s the same story. This gives you the confidence to really push and there are no unpleasant surprises at all. Because the engine and the gearbox and you are all in a line, low down, right down the middle of the car, it handles absolutely beautifully. There’s a whiff of understeer to let you know that you’re getting near to the limit but a little more power corrects this and you end up cornering like Fangio, in a controlled four-wheel drift. And because the speed of the thing feels manageable, you can concentrate on what you’re doing rather than not dying.

With most cars of this type — the Caterham 7 Superlight and the Atom, for example — you need to know what you’re doing or they will kill you. But in the Mono, a complete numpty could manage, no problem at all. There’s more good news, too. It is designed so that it can handle speed bumps. It has lights and indicators and there’s even a boot that is big enough for your helmet. It’s a road car. Of course, if you use it on the road, where there are other people, you will look a bit foolish. But the fact is you can. Of course, it’s not cheap: £79,950 is a lot for a one-seater car that has no radio, windows, sat nav or even carpets. But that said, a similarly specced V8 Atom is £146,699.

Sadly, though, there were a few flies in the ointment. First of all, I experienced a small fire. And then the gearbox broke. And then the engine decided it wouldn’t work at all below 4000rpm. All of this was very bad, but in BAC’s defence, this was a prototype, work-in-progress car. Deliveries don’t start for a little while so it still has time to, I dunno, move the carbon trim a little further away from the hot exhaust tail pipe.

If BAC can get it all working properly, it’ll be great. The only really fast car that isn’t actually too fast. Neill Briggs, the engineering director of BAC, said: “The exhaust trim that started smouldering when Jeremy pushed the prototype car to its limits — and watching Jeremy put a car through its paces is an impressive thing — was temporary. It will be replaced in the final version of the car and we’re confident that the minor problems he experienced will be sorted out.”