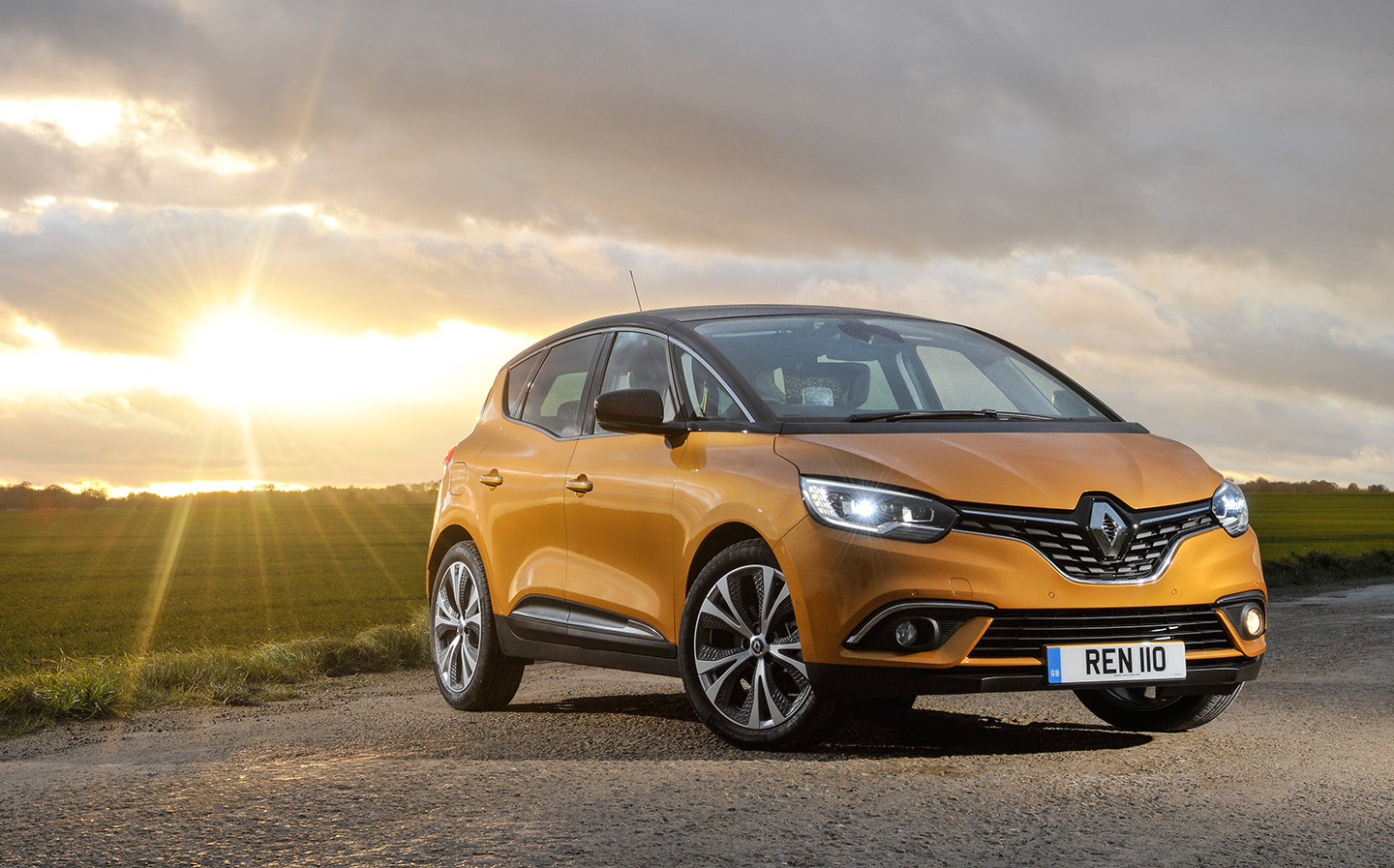 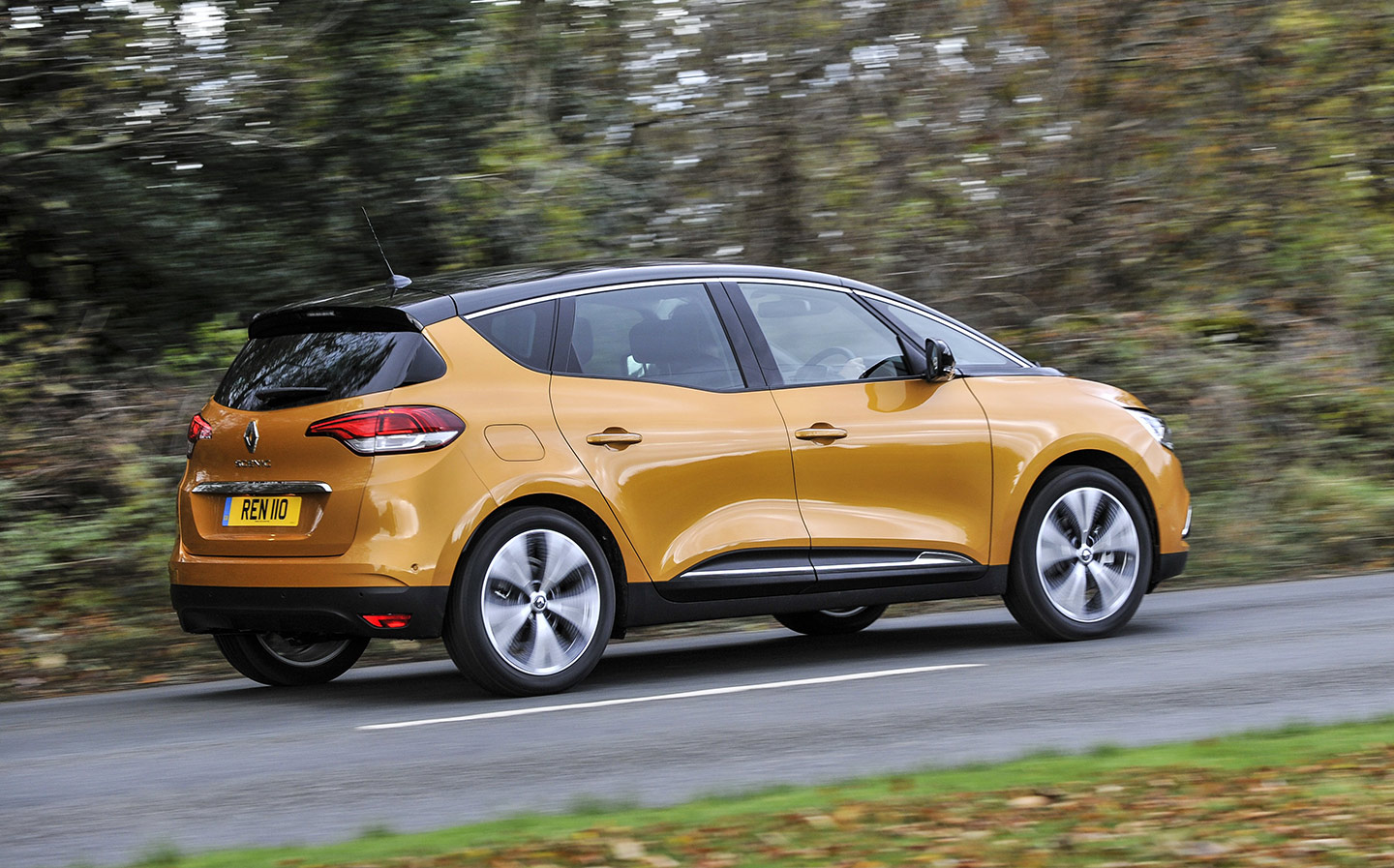 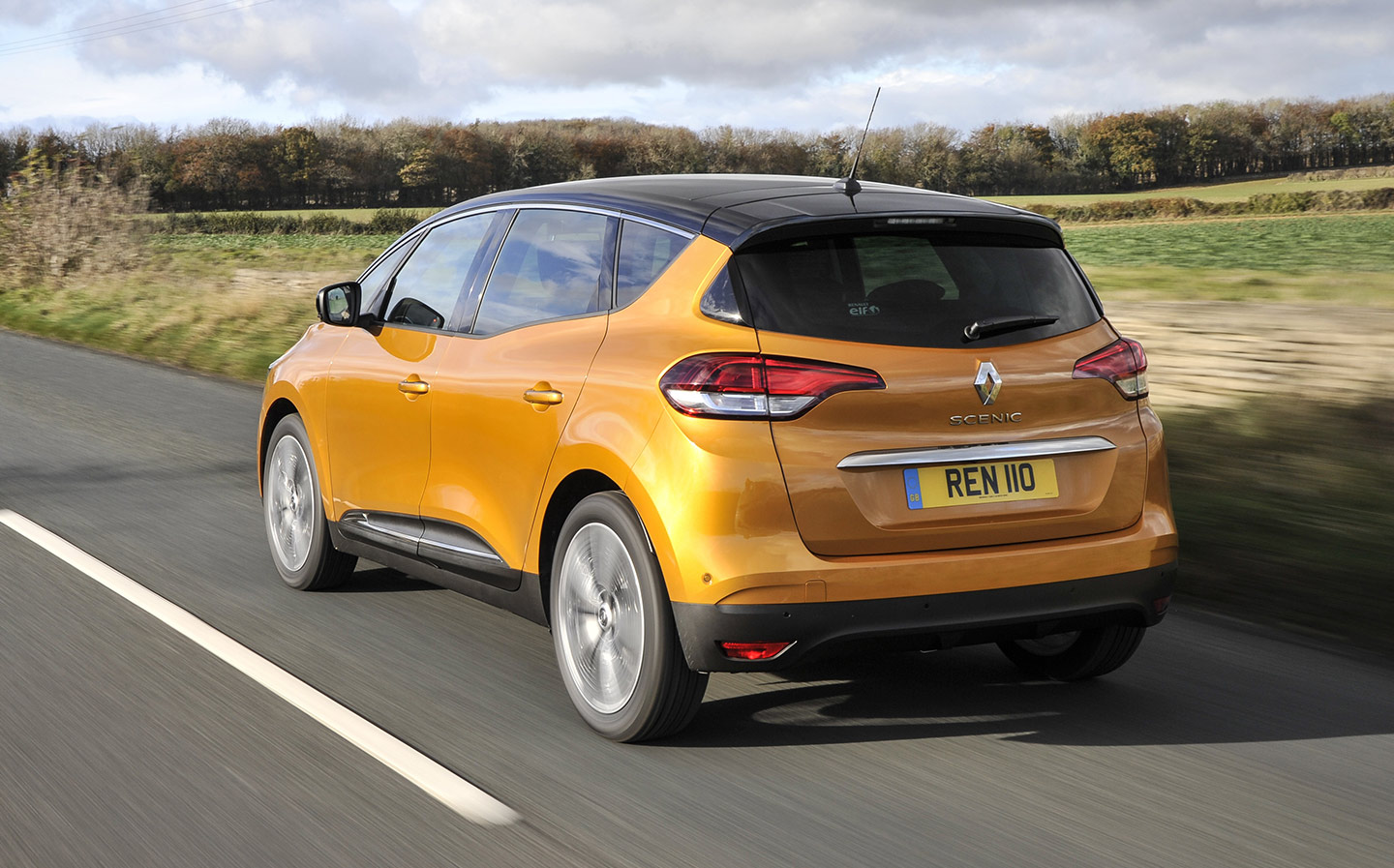 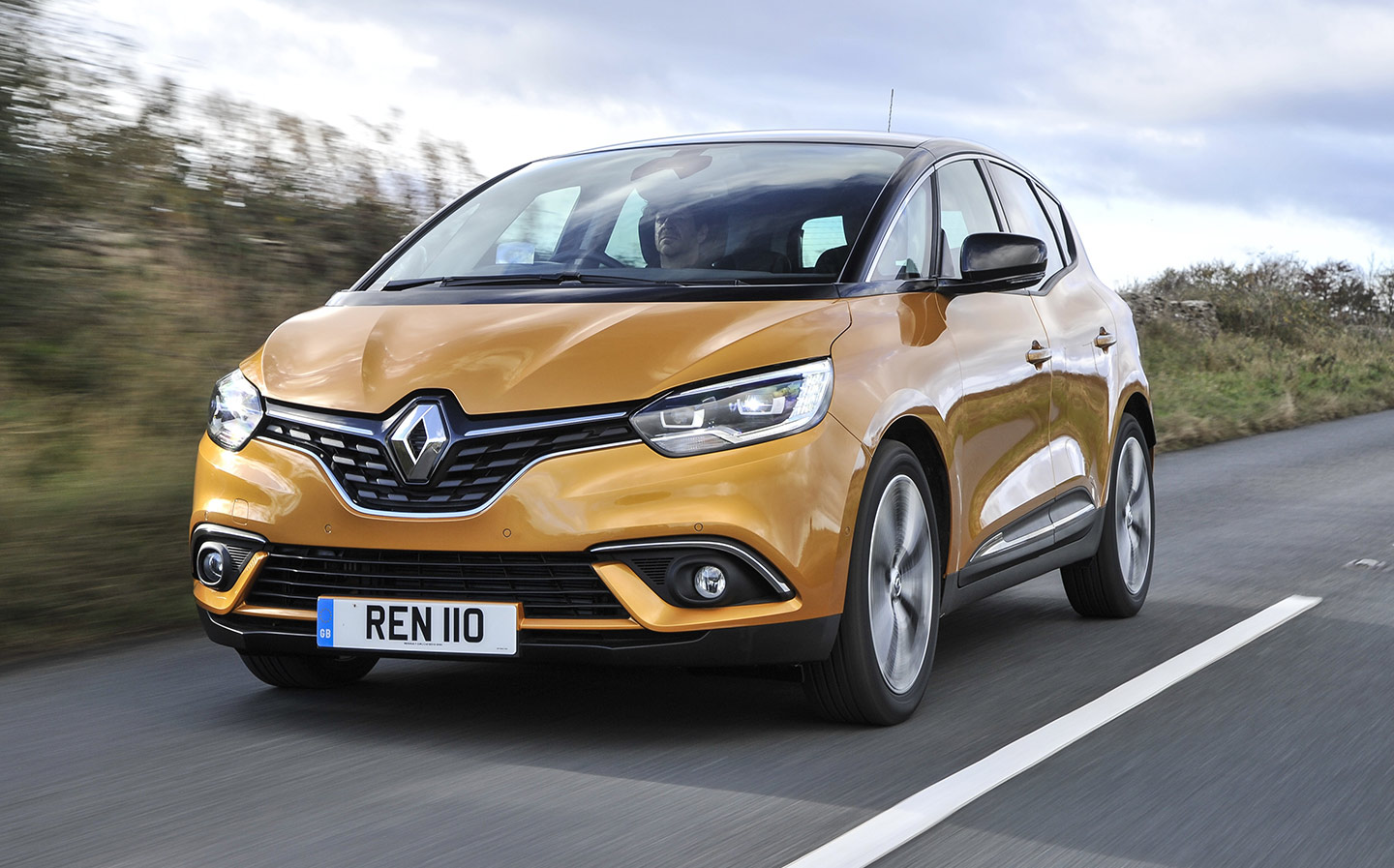 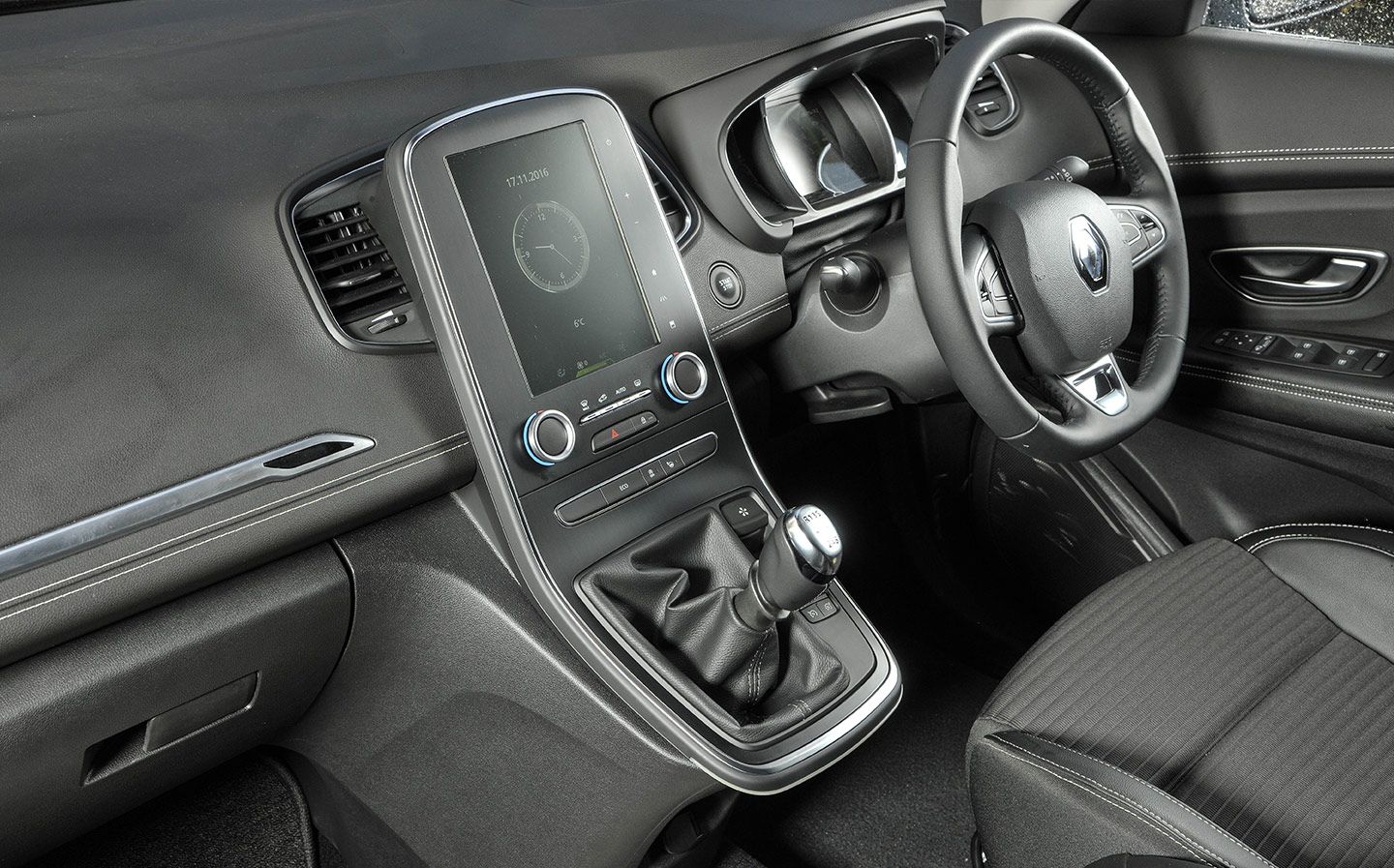 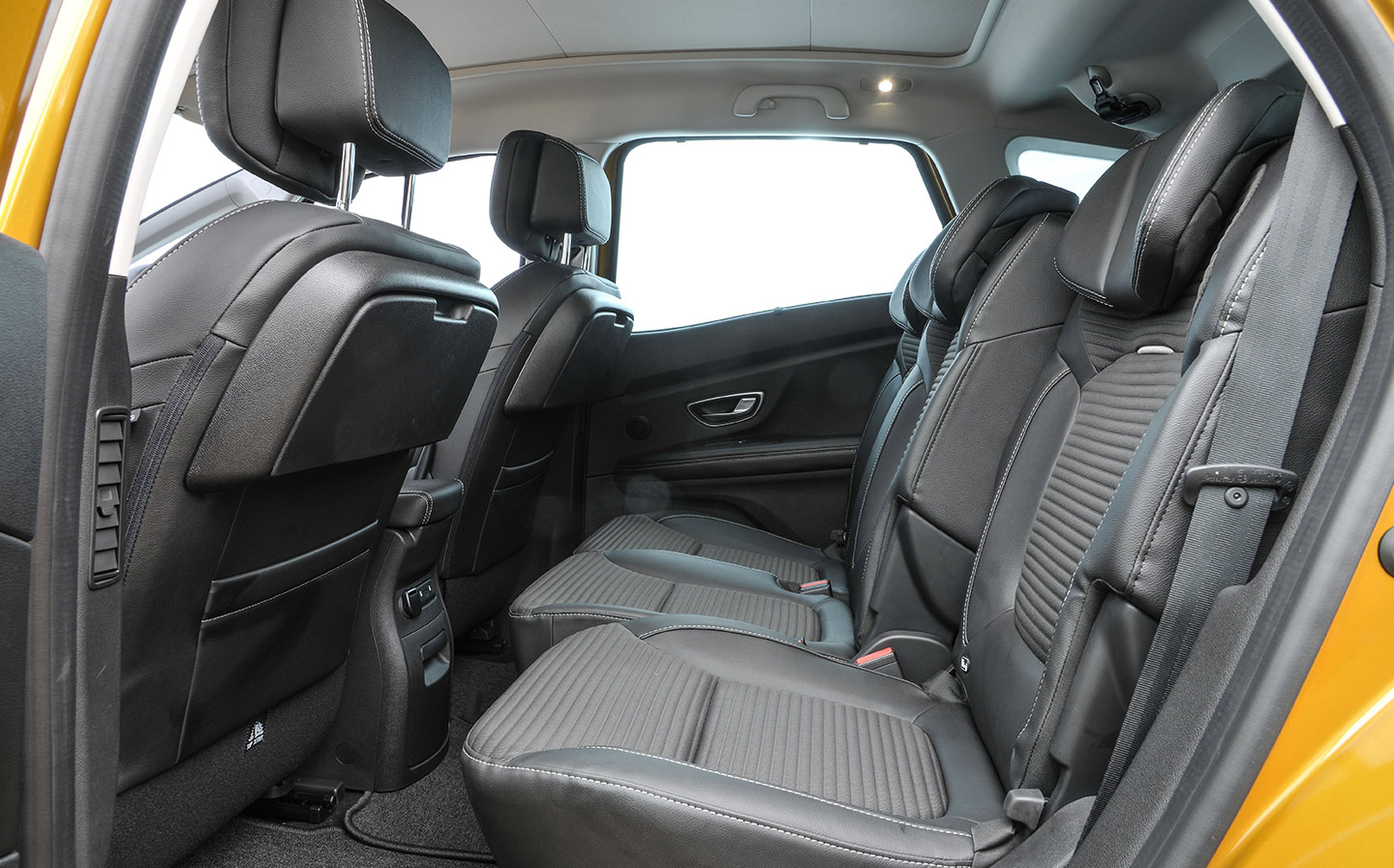 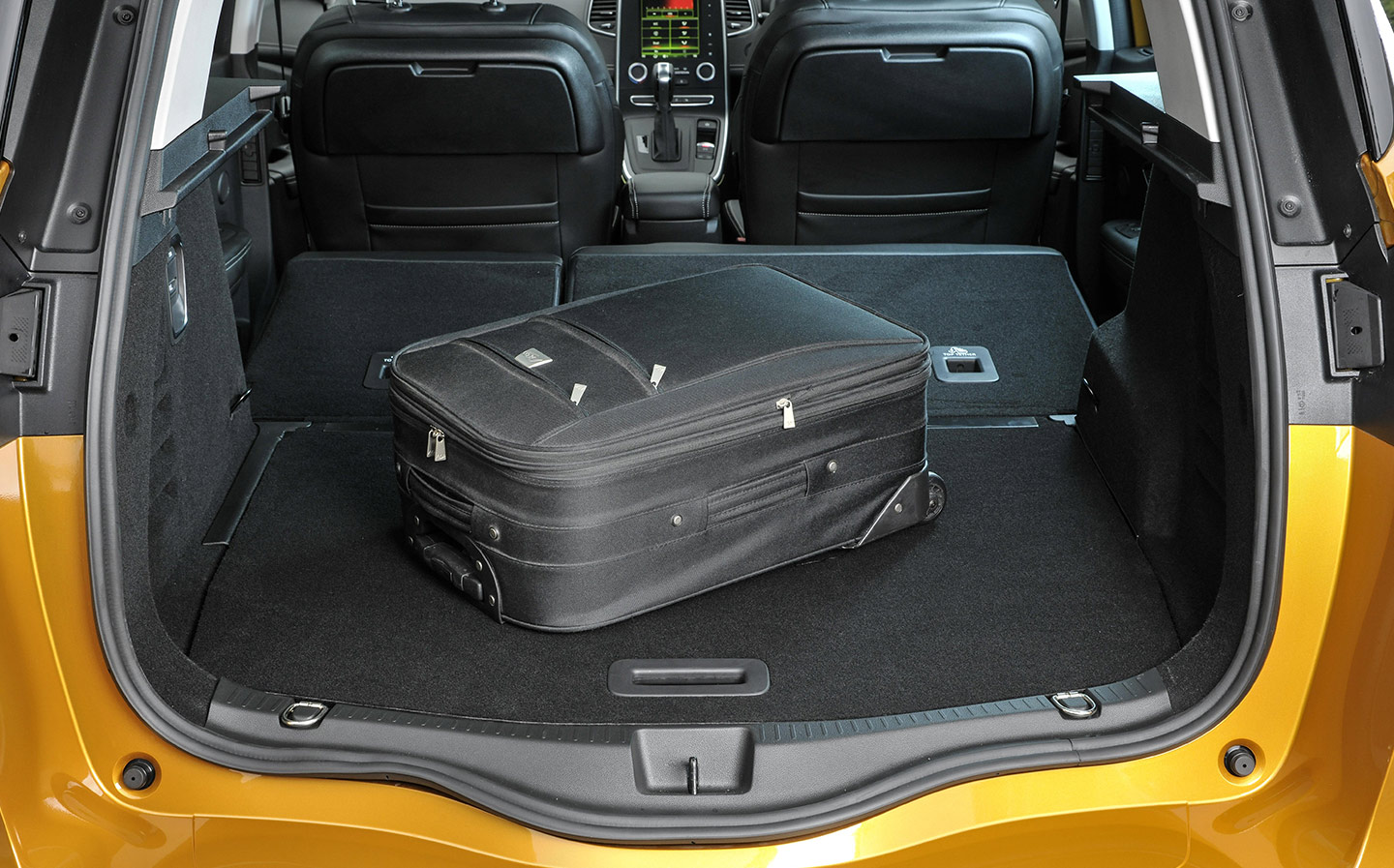 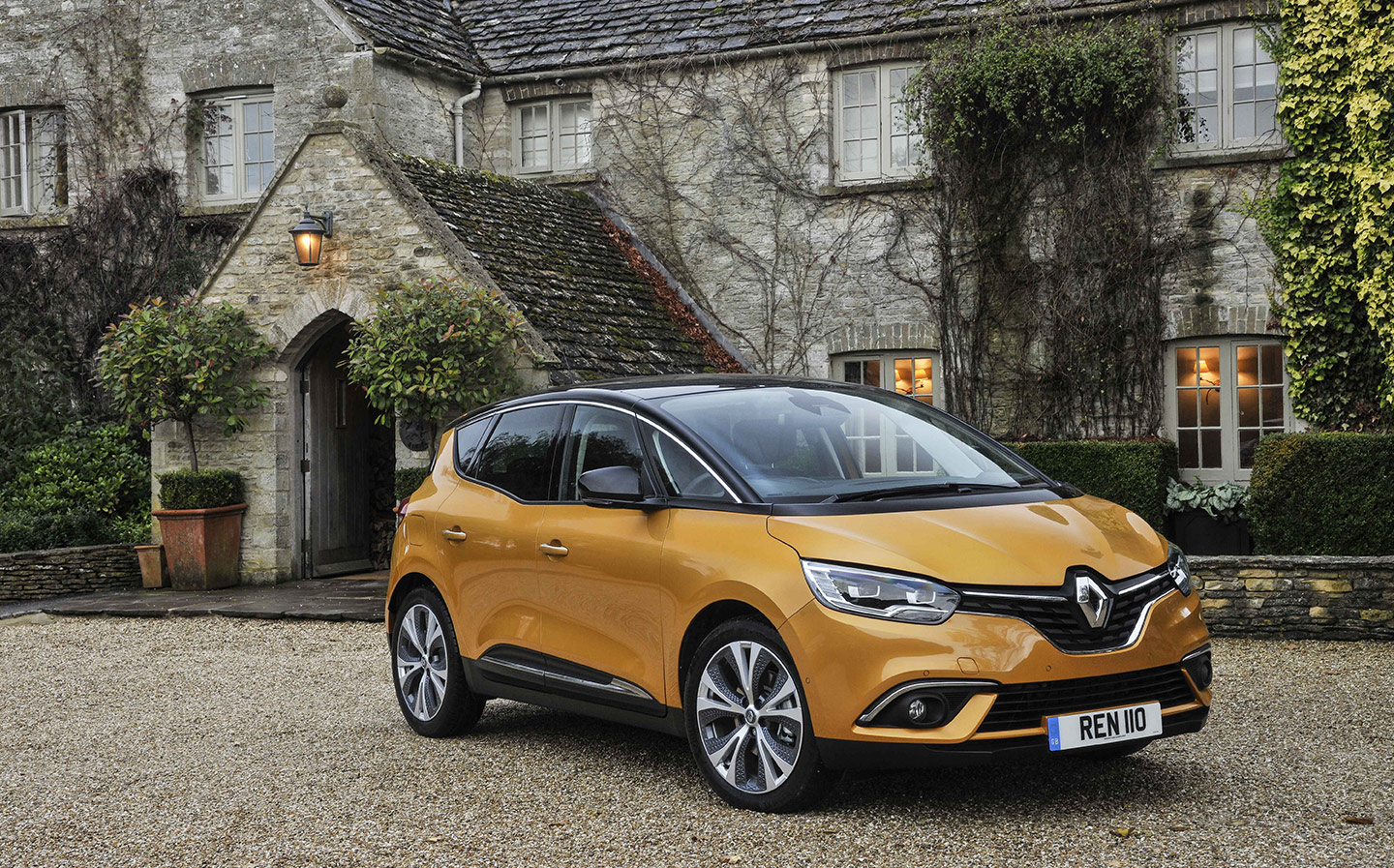 Share Article
A bargain, yes, but don't expect anyone to care
At a glance
Pros
Good-looking
Well-equipped
Economical
Cons
At this price, you worry about quality
Plastic
Tries hard not to be dull, but fails
Specifications
Cars > Renault > Scenic

IN THE olden days, cars were made from steel, and that’s only right and proper. Steel is as manly as Tarzan’s scrotum. Horny-handed sons of toil mine the iron ore using dynamite and huge excavators, and then this is turned into steel in giant foundries that are hot, dangerous and noisy. A steel foundry is the exact opposite of Jane Austen.

Today we live in different times. Cars can no longer be manly, because it is now offensive to be in possession of a penis. Or to let it do your thinking. This means cars must be kind to the environment and economical and cheap and safe, and that means they must be made from plastic.

There was a time when we laughed at plastic cars. The Reliant Robin was plastic, and so was its big sister, the Scimitar, which was driven by Princess Anne. It is obligatory to mention this, in the same way as when someone sees a swan, he must point out it can break a man’s arm.

The British firm TVR never really made it into the big league because, while its cars were fast and pretty and gruntsomely male, we all knew that behind the bellow and the leather the bodies were made from GRP. Which is plastic. Like a canoe. Or a lavatory seat.

Today, however, you will find plastic panels on almost every car made. And it’s easy to see why. It’s light, which means less fuel is needed to cart it around, and that means fewer emissions. What’s more, it’s cheaper than steel, which means greater profits for the car manufacturer, which means your pension fund is healthier. And on top of that, you never hear of plastics companies going on strike and throwing stuff at policemen, whereas steelworkers are always outside the plant, round a brazier, shouting. Which is bad for the just-in-time production techniques used at every car factory in the world.

There was a white Toyota hybrid of some kind outside the office yesterday and its back end was a futuristic blend of shapes and creases that could never have been achieved if it had been made from steel. It put me in mind of a Star Wars Stormtrooper, and those Stormtrooper suits, you just know, are made from plastic and could therefore not withstand a pebble from David’s sling, let alone a blast of green from a space laser gun. And that’s Toyota’s problem. Your eyes tell you it looks great. But your soul is saying, “It’s rubbish.”

And that brings me on to the snappily named Renault Scénic Dynamique S Nav dCi 110. Pop into your dealership, and within about five minutes, no matter how gormless and cheaply suited the salesman might be, you are going to be slack-jawed in amazement and ready to sell your children for the chance to own such a thing.

It’s got a head-up display, for crying out loud. And I don’t mean a system like those you find in high-end BMWs and the F/A-18 Hornet, where the information you need is projected onto the windscreen. I mean a system where a panel rises electrically from the top of the dash. You’re going to be seriously excited when you first see this in operation.

Then there’s a massive glass sunroof with an electric blind, an 8.7in touchscreen, DAB radio, leather upholstery, cruise control and a system that wakes you up if you’re getting drowsy, along with more systems that keep you in the correct lane and ensure your lights dip automatically when a car is coming the other way. It can even recognise road signs.

You can change the colour of the interior lighting, and you get blacked-out windows in the back in case you need to give Puff Snoop a lift to a gig. And all this stuff is provided as standard for £25,445. Which, on the face of it, makes this car the bargain of the century.

Then you’re going to step out of the cabin to take in the exterior styling, and you’re going to like that too. As a general rule I loathe cars of this type and I’ve loathed the Scénic more than all the others. But this … this is very, very attractive.

Obviously, it isn’t a racing car. Yes, it has racy 20in wheels, but there’s a perfectly ordinary 1.5-litre diesel engine that turns fuel into a dribble of performance; 0-62mph takes 12.4 seconds, which would have been considered woeful 30 years ago. But which today, in health-and-safety Britain, is par for the course.

Then the salesman is going to tell you it’s capable of 72.4mpg. I don’t doubt for a moment that this is true. In the same way as I’m capable of running the 100-metre sprint in roughly the same time as Usain Bolt. In normal use you won’t get anything like 70mpg out of it, but it’s still very economical.

And practical. The rear seats, I admit, are a bit of a squash if you are burly or long, but the boot’s huge and the floor moves about to make it versatile as well. You can even buy a longer version that has seven seats.

So here we have a good-looking, well-equipped, practical and economical car that is exceptional value for money. Lovely.

Except it isn’t. Because the more you look at it, the more you realise there’s something wrong. And what’s wrong is: a lot of this car is made from plastic. And somehow you know. Which means you know it’s crap.

And I’m sorry, but all that equipment provided as standard? For 25 grand? It sounds tremendous, but it does make you wonder about the quality of it all.

And the more you wonder, the more you start to think that maybe the new Scénic is like one of those Korean music centres you could buy for £25.99 in the 1980s. They had the flashing lights and twin tape decks and graphic equalisers. But they were in no way a substitute for the mix’n’match alternatives from Garrard, Marsden Hall, Akai, Teleton and so on.

There’s another problem too. Look up now and say to your family, “I’m thinking of buying a Renault Scénic Dynamique S Nav dCi 110”, and see if anyone is the slightest bit interested . . .