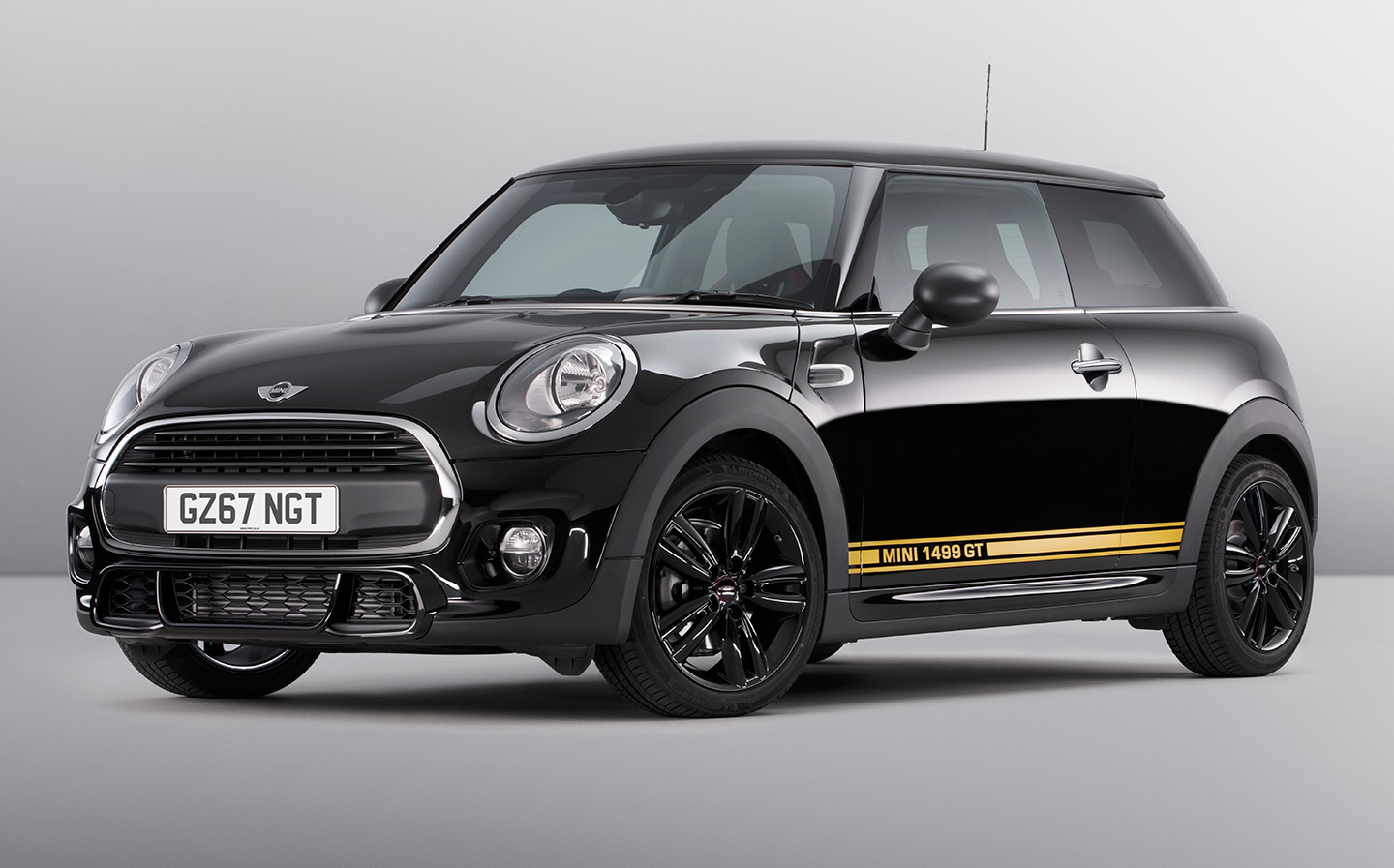 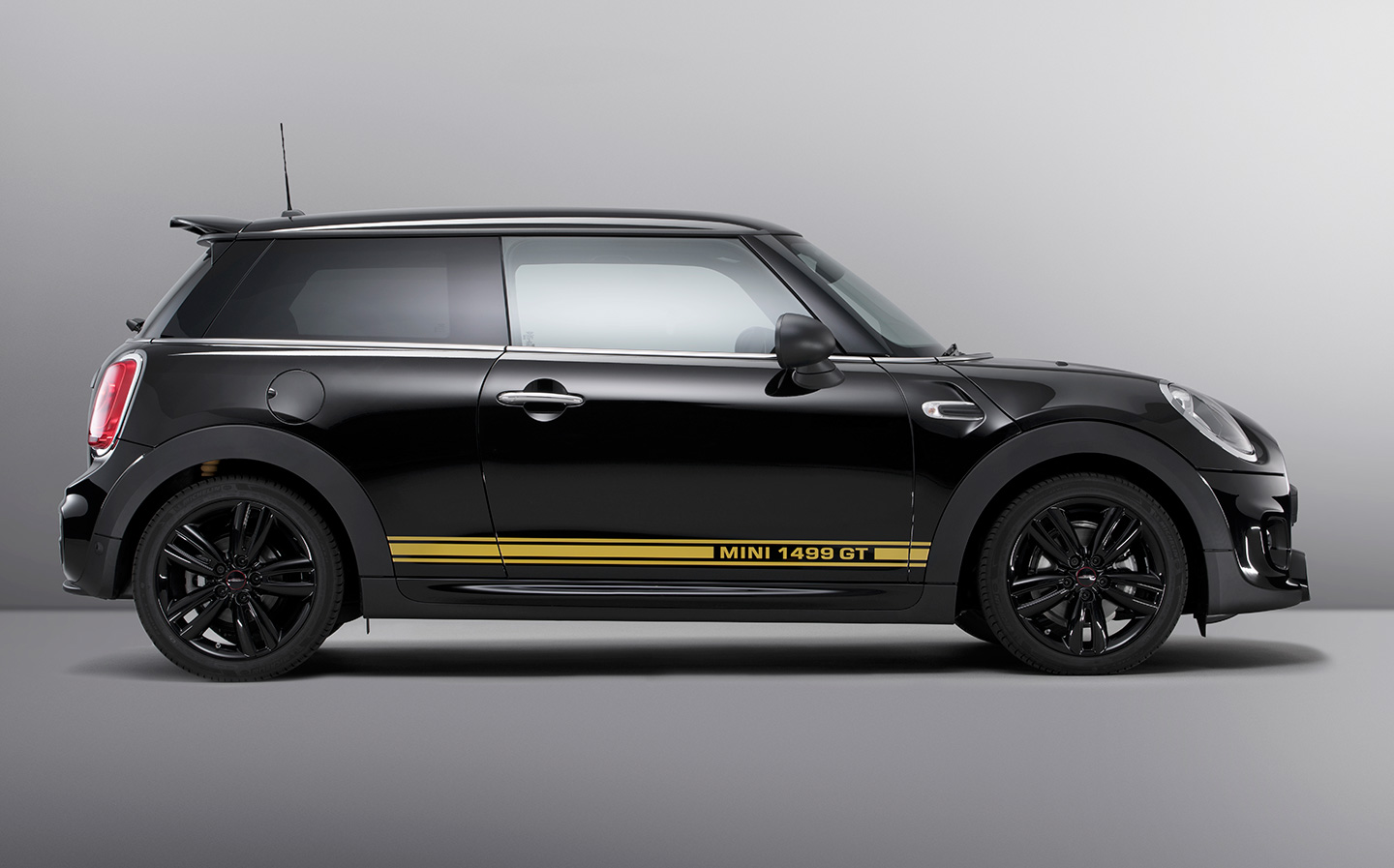 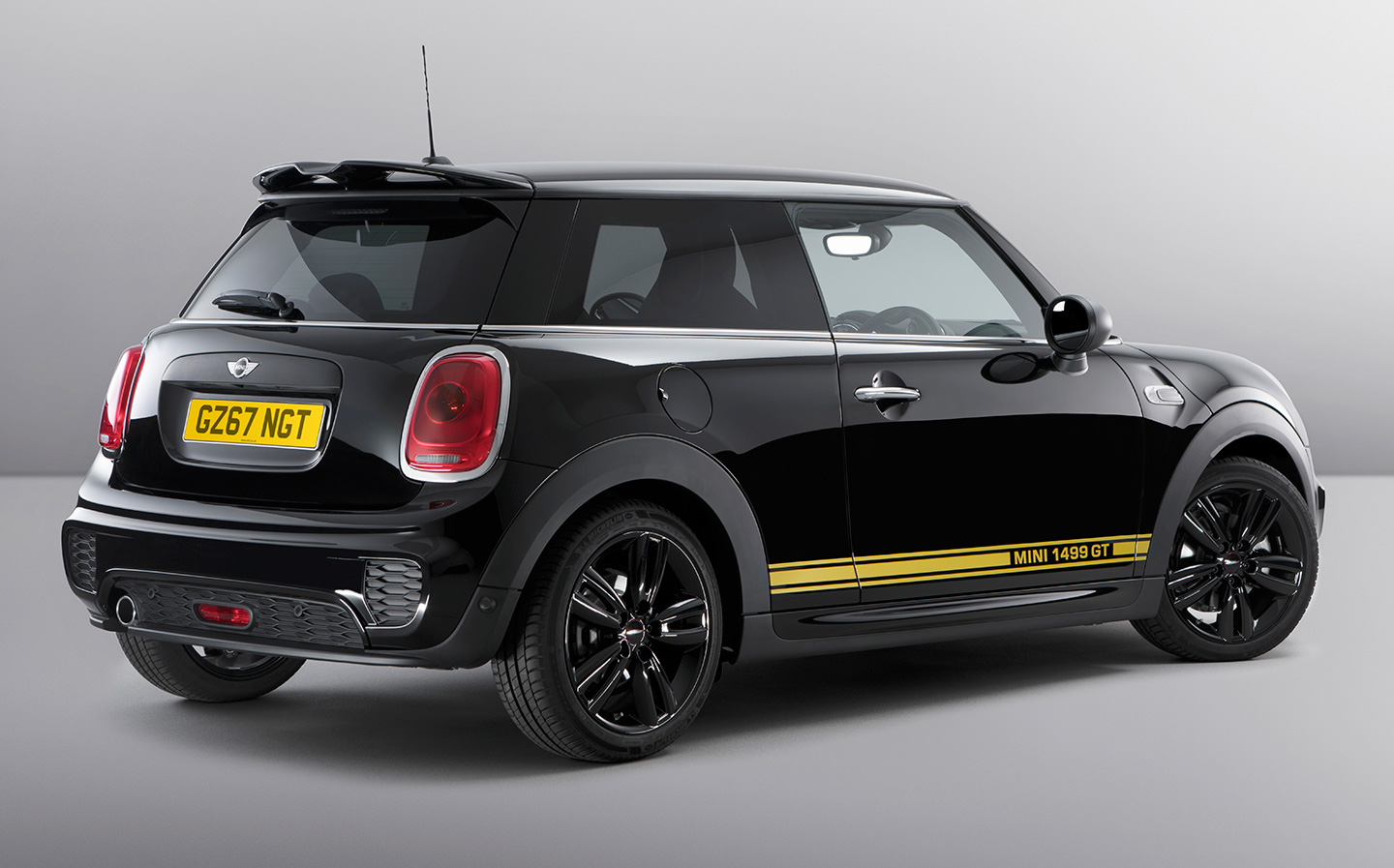 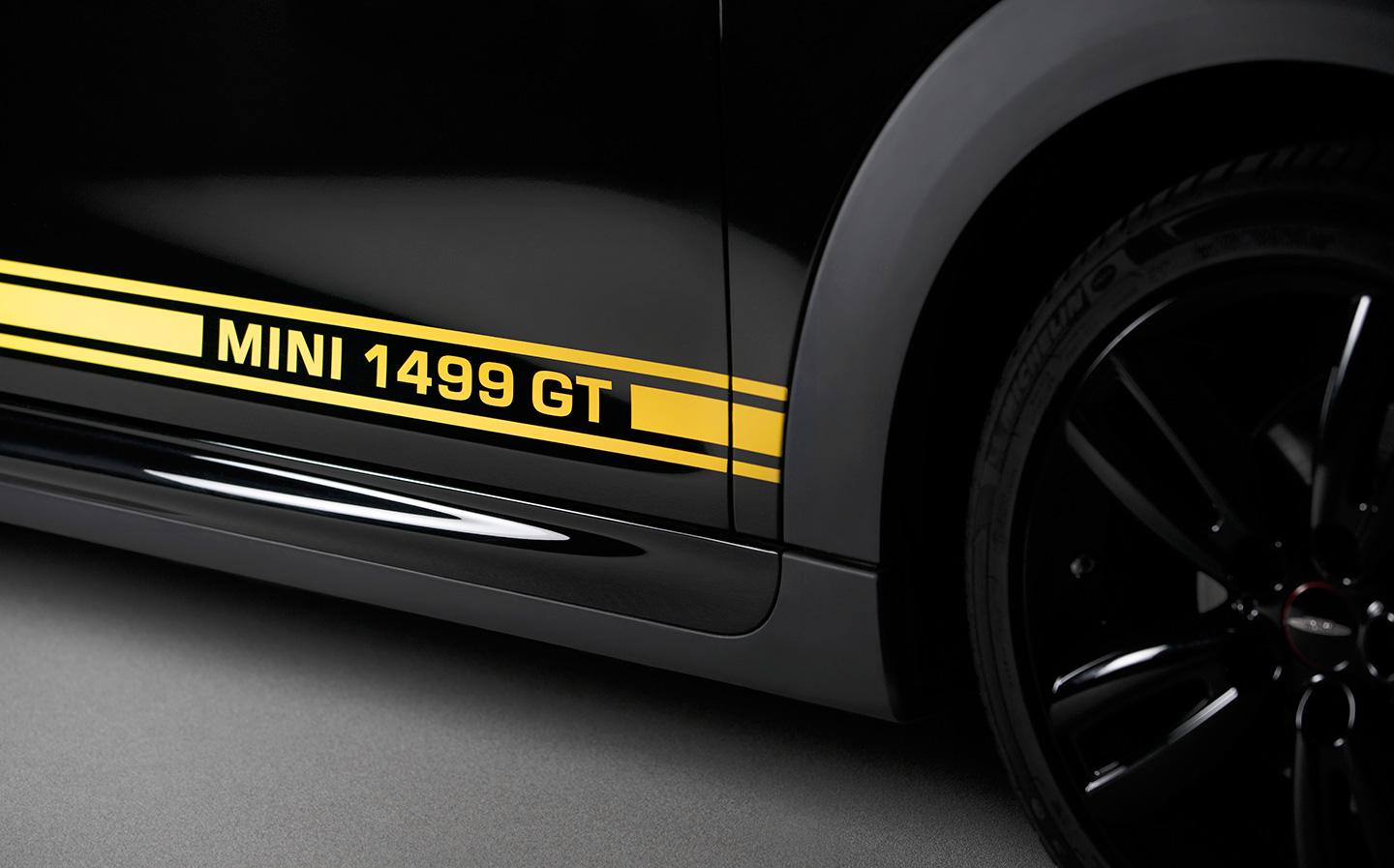 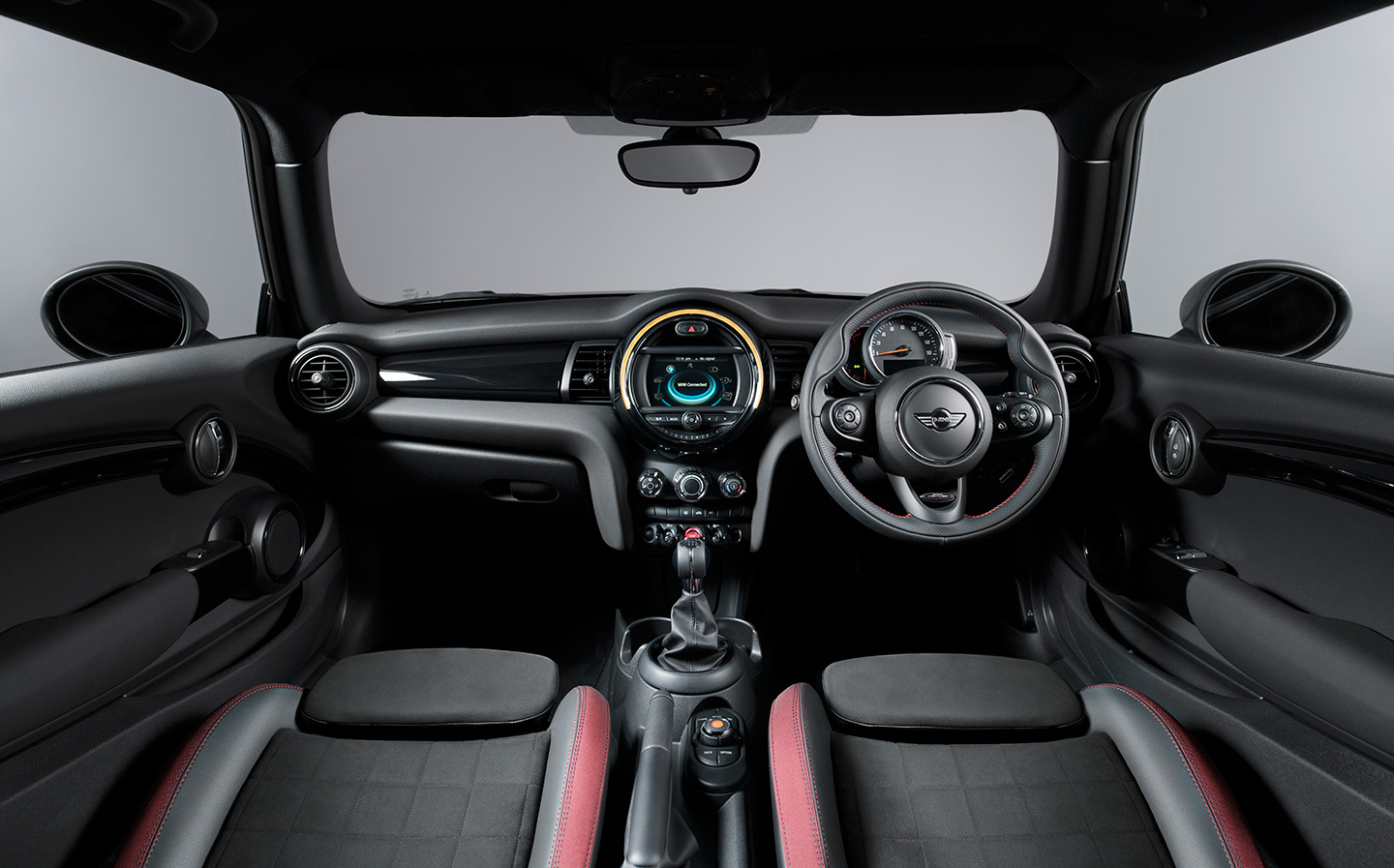 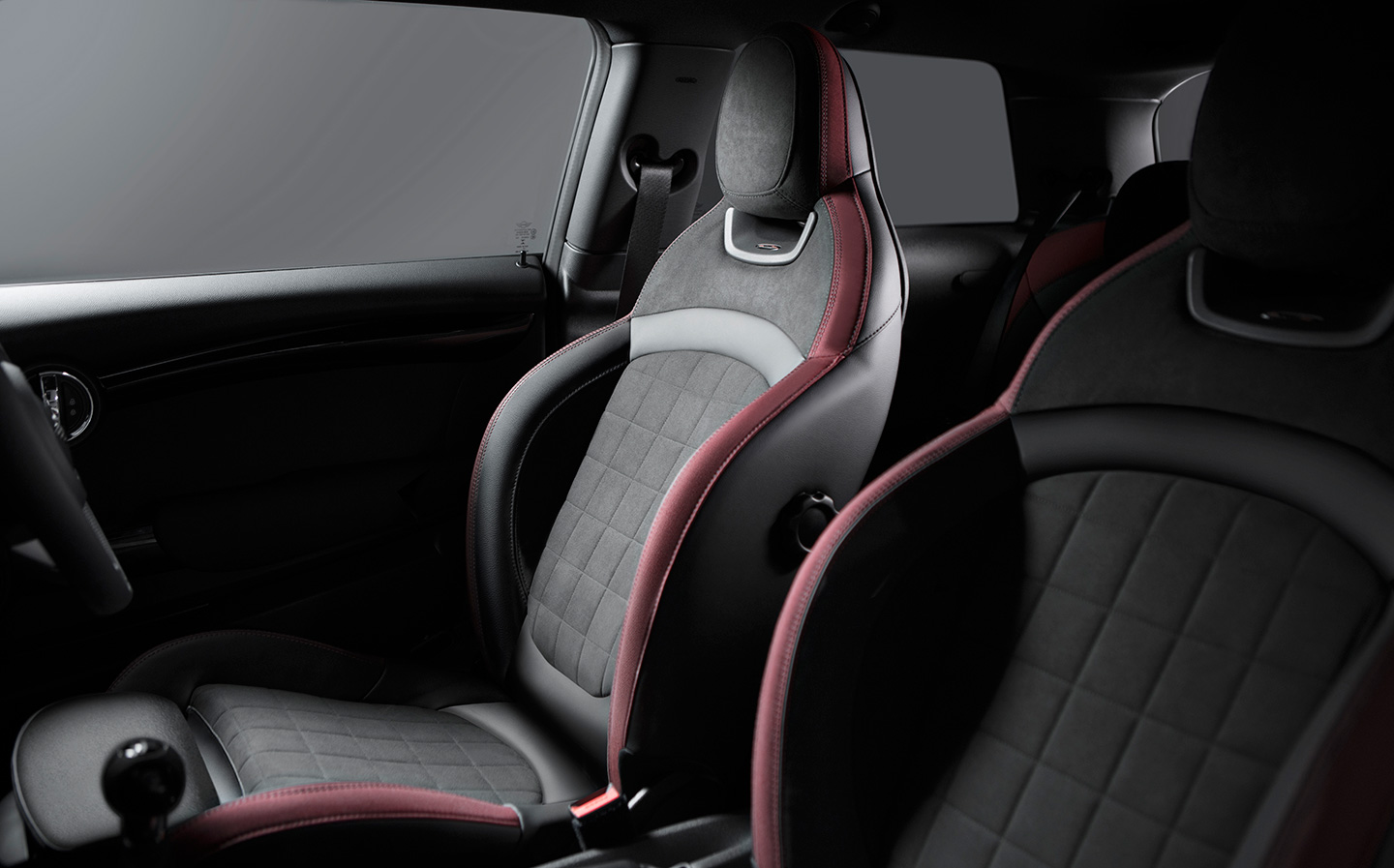 WHEN THE Mini 1499 GT arrived at my office with its snazzy stripes, big black wheels and John Player Special Union Jack door mirrors, I was very excited. I knew nothing about what BMW had done to create this tremendous-looking car; only that it was tickling the small boy that still lives in my creaking outer shell of fat and hopelessness.

Plainly this car had been designed to hark back to the old Mini 1275 GT, which was not well received by the pipe-smoking motoring helmsmen of the time. They didn’t like the single carburettor that was being used to feed the engine, whereas back then I didn’t know what a single carburettor was. I just liked the way it looked. And I’d always liked Minis because of how well they handled the sewers of Turin.

Yes, the Cooper was probably a better car, because it had all the things the helmsmen wanted. But it didn’t have stripes on the side. And the 1275 GT did, so that was that.

And so it goes today. Apart from the idiotic Countryman, I’ve always liked the “new” Mini as well. I know it’s not very small — it has a longer wheelbase than the old Land Rover Discovery — and I know that some of the styling is a bit knowing. But, my God, it’s a lovely thing to drive and to sit in. It doesn’t matter whether you go for the basic model or the full-works nutter bastard: it is joyful on country roads, economical, fun to use and practical.

The only slight drawback is the cruising speed. All cars have a speed at which the components settle into a harmonious rhythm. In a Porsche 911 it’s only about 50mph, for some reason, but the speed at which a Mini will settle if you leave it to its own devices, while you sit there daydreaming, is a licence-losing 110mph. You really do have to pay attention.

I was very ready to pay attention to the 1499 GT, because it hits all the sweet spots that used to be important when my love affair with cars was blossoming. Apart from the aforementioned exterior changes, it has big, deep, rally-style front seats, stiffened suspension and a John Cooper shirt-button steering wheel.

Then I got to the really juicy bit: the engine. Because here I found what appeared to be the cleverest bit of the car’s make-up. It’s the same engine as you get in the base-level Mini One, a three-cylinder 1.5-litre turbo. This gives 101bhp, which is roughly what you get from a food blender, and an unknowable top speed, because nobody has enough time in their lives to sit there while this big car with its tiny engine struggles to get there. Zero to 62mph takes more than 10 seconds, which is tremendously fast if you are living in 1928, but a bit ho-hum in this day and age.

And how clever is all that? Because here we have a car with rally seats and grippy Dunlop SportMaxx RT2 tyres and go-faster stripes. But that will do nearly 60mpg and be cheap to insure even if you are 17 and have a bad temper. However, there is a problem. This is a car that does not work at all. It’s hard to think of the right word. But “horrible” is close enough.

“Its top speed is unknowable: no one has enough time to find out”

The first problem, of many, is the stiffened suspension, which enables the car to go round corners at the sort of speed its soggy engine can only dream about. But on the downside the bumpiness beggars belief. It’s so uncomfortable around town that you’d be better off walking.

And then there’s the way it doesn’t really move off properly. Unless you give it a bootful of revs, it pulls out of side turnings like a twig stuck in an oxbow lake. Some of this is down to ridiculously tall gearing, which creates another problem on the motorway: making it go up a hill. Unless you’re prepared to stir the gearlever as though you’re making scrambled eggs, you’ll be confined for all of time to what Michael McIntyre always calls “the loser lane”. And even here you’ll be a nuisance to lorries.

I don’t mind an underpowered car if it feels fizzy and alive and if it responds to some spirited driving, but the Mini just won’t. It feels slovenly, like a fat kid on a cross-country run. He may have all the right kit and the best training shoes, but it makes no difference in the end. He’s going to come last.

I can’t imagine you’re still reading at this point, because this is not a car you’d want to buy, but, just in case, I should also mention the sat nav, because obviously, in a car costing nearly £17,000, it’s going to be fitted as standard. Except it isn’t. What you get instead is a clip in which to store your phone.

I know that if you squint this makes sense. I know all young people use their phones to get about and mate and so on. But I prefer a proper sat nav, because if I use my phone, everyone thinks I work for Uber and people get in the back when I’m waiting at a red light and tell me to go to Hornchurch.

There’s more, I’m afraid. The big front seats. Yes, they’re nice to sit in, but they rob nearly all the legroom in the back. And if someone back there needs to be sick — and this is a car aimed at young people who go to festivals, so it is likely — there is no way he or she will be able to get out before the pavement pizza arrives.

Apparently, the 1499 GT is a limited-run special edition. Just 1,499 will be made. This is probably because Mini knew full well it wouldn’t be a big seller. But, either way, it’s going to be left with all of them when the production run ends.

The only real solution, if Mini wants to save face, is to go for the full 1970s authenticity and ask the workforce to go on strike as soon as possible.

So far as you’re concerned, though, I shouldn’t worry, because there are many alternatives to this woeful car. First there is the standard Mini One, which doesn’t pretend to be something it isn’t and won’t shake your hair out and doesn’t have silly seats.

Then there’s the Ford Fiesta ST-Line. It has only a 1-litre engine, but that delivers 138bhp, which means it can handle gentle gradients with ease. And finally, a left-field choice: the Citroën C3 Aircross. This is a car that’s much, much better than you might imagine. Sweet, too.

In short, there are many options if you want a small, sporty-looking car. The Mini 1499 GT, however, isn’t one of them.